Fur Farming Set To Be Outlawed In Ireland

“It is impossible to regulate the fur trade and somehow make it kinder. It is not farming at all. The mink are gassed at six months and their skins are pulled off.” 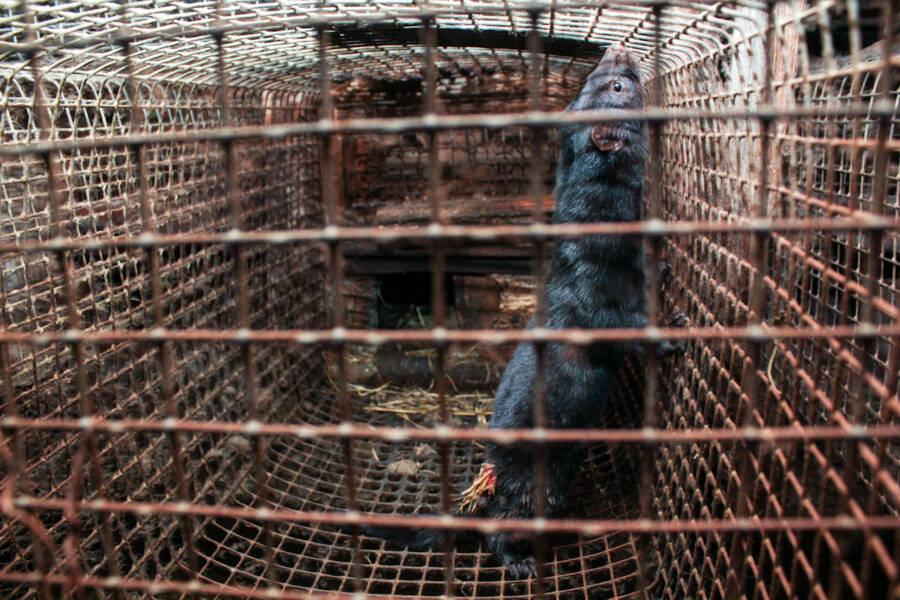 Flickr/Dzīvnieku brīvībaMink in Irish fur farms are gassed to death when they are six months old. They then have their skin pulled off, for fashion.

Fur farming is common practice in all corners of the world. The confinement of animals to tiny cages, only to gas them to death for their fur, has sadly been a standardized component of the fashion industry. According to The Independent, however, Ireland is set to ban this cruel custom as soon as July.

Ireland would become the seventh country in the European Union and the eleventh in Europe to ban fur farming.

The ruling Fine Gael party, as well as Ireland’s Minister for Agriculture Michael Creed, had been fundamentally opposed to shuttering this industry. In February Creed said that he didn’t want to close down a “legitimate, highly regulated and inspected industry” that employs around 100 people.

According to the Irish Examiner, however, Creed is apparently changing his tune after pressure from politicians and animal rights groups: He will soon propose his own bill to phase out fur farms.

Ireland’s three fur farms in Donegal, Kerry, and Laois have about 200,000 mink stuffed into small, wire-mesh cages. They live there for six months, before being gassed to death and having their pelts ripped from their bodies — for high-end fashion.

An ICABS segment on the ongoing discussion around Ireland’s fur farming practice and potential ban.

The old guard, represented here by Creed, has been met with growing opposition and highly promising momentum for those against this industry.

Parliament member Ruth Coppinger currently has the support of Fianna Fail, Sinn Fein, Labour, Independents 4 Change, the Green Party, and the Social Democrat parties to push this legislation through. The groundswell seems too powerful to squash.

“As solitary, wild, and semi-aquatic creatures, packing mink into metal cages in groups is alien and unnatural,” Coppinger argued. “For that reason Veterinary Ireland asserts that it is impossible to regulate the fur trade and somehow make it kinder. It is not farming at all. The mink are gassed at six months and their skins are pulled off.”

The Irish Society for the Prevention of Cruelty to Animals said this momentous push toward a fur farming ban was “fantastic news,” while others said imposing “lives of misery” on these defenseless creatures was “cruel,” and should’ve stopped long ago.

“With so many countries banning fur production, the U.K. under pressure to ban sales of fur and increasingly more designers eschewing fur in their collections, we hope the suffering caused will soon be relegated to the history books,” said Jo Swabe of Humane Society Europe. 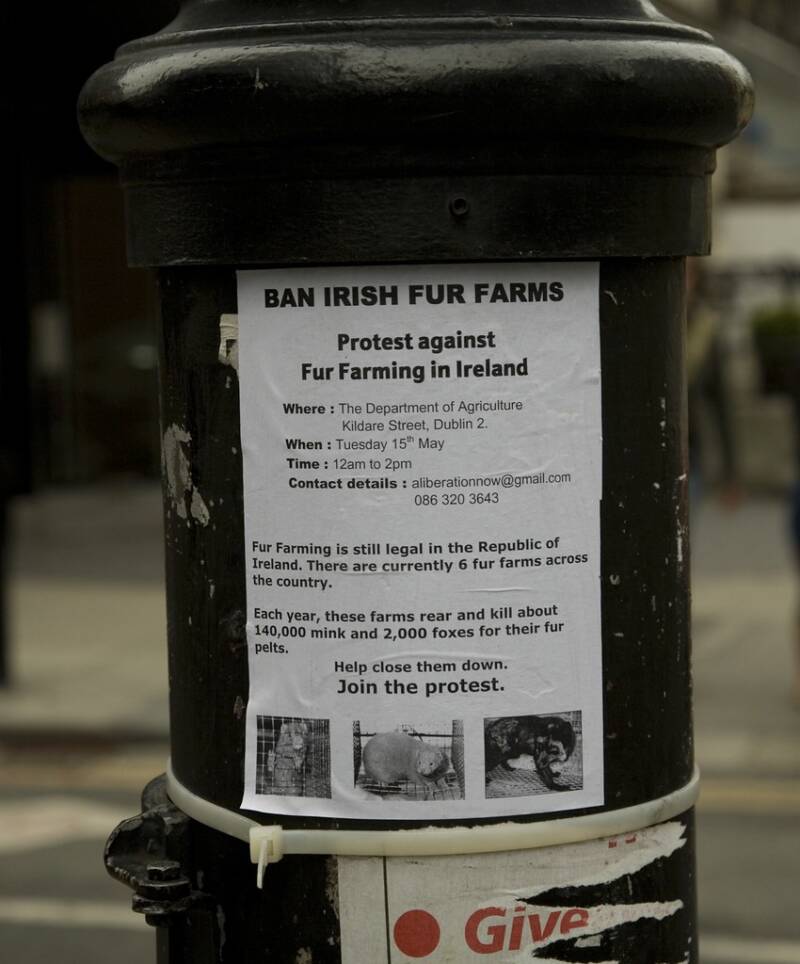 The Irish government has yet to officially state whether or not it plans on legislating the overwhelmingly popular bill, though mounting pressure indicates a strong likelihood.

A poll in October indicated that four out of five people in Ireland supported a ban on fur farms, while several of these farms have recently gone out of business. On the other hand, some say the bill doesn’t go far enough — outlawing production of fur is a great step, but fur sales should be prohibited as well.

According to The Fur Free Alliance, the U.K. spearheaded the ban on fur farming in 2000. Since then, Austria, Holland, Croatia, Slovenia, Norway, the Czech Republic, Luxembourg, Belgium, Macedonia, and Serbia have followed suit. Bosnia and Herzegovina plans to phase it out by 2029.

Alongside Ireland, Poland, Lithuania, Estonia, and Ukraine are currently considering banning the practice as well.

Designers such as Gucci, Versace, Jimmy Choo, and Chanel have already stopped using fur in their collections. Wearing the pelts of tortured animals simply isn’t in vogue anymore, putting this prehistoric industry on the verge of disappearing altogether.

Hopefully, starting next month, Ireland will do its part to eradicate it.

After learning about Ireland’s political groundswell to ban fur farming, take a look at 45 harrowing photos of the Troubles, the 30-year war that tore Northern Ireland apart. Then, learn about Ireland becoming the first country to stop funding fossil fuels entirely.