Three-year-old Labrador mix "Moose" had no idea that his owner had passed away from cancer, and continued to wait at his bedside. 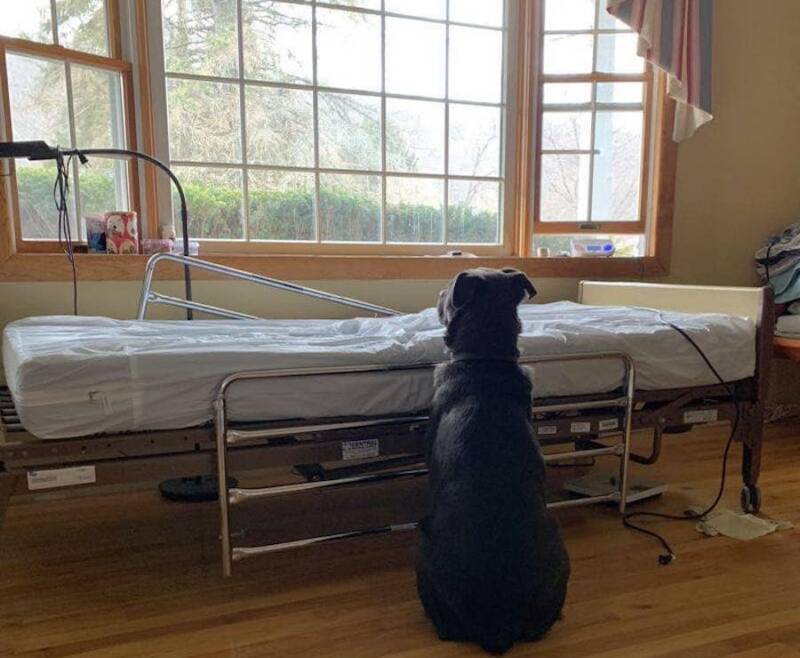 Eleventh Hour Rescue/FacebookMoose waiting for the return of his owner, who died of cancer.

On June 21, New Jersey-based animal rescue organization Eleventh Hour Rescue posted a photo on Facebook. Like most of their postings, the photo showed a dog in need of a home. But this time, the photo successfully tugged the heartstrings of many potential owners even more so than usual.

The picture was of a 3-year-old Labrador mix named Moose, sitting obediently by the side of an empty hospital bed. Moose’s previous owner had just died of cancer.

“Moose sat patiently next to his dad’s hospital bed, waiting for him to return, not knowing that ‘Dad’ had passed away,” the caption on the heartbreaking photo read. “Poor Moose has now been returned to Eleventh Hour Rescue and he’s taking the loss of his dad pretty hard.”

But the magic of the internet combined with the alluring force of a pup in need soon led the Facebook photo to spread all over the internet.

According to Linda Barish, a volunteer and a member of the executive committee at Eleventh Hour, the organization received hundreds of inquiries from all over the world asking about adopting Moose. They even had a few interested parties writing from Australia.

“When the owner passes away, Eleventh Hour’s policy is we take the dogs back no matter what,” Barish told Good Morning America. “We never in a million years thought that this would happen…and so many were willing to step up to help this grieving, homeless dog.”

The outpouring of interest in Moose came right after the photo was uploaded. Within three days, Moose was able to secure an adoptive family. The organization decided on a local family of four as the loyal dog’s new forever-home. 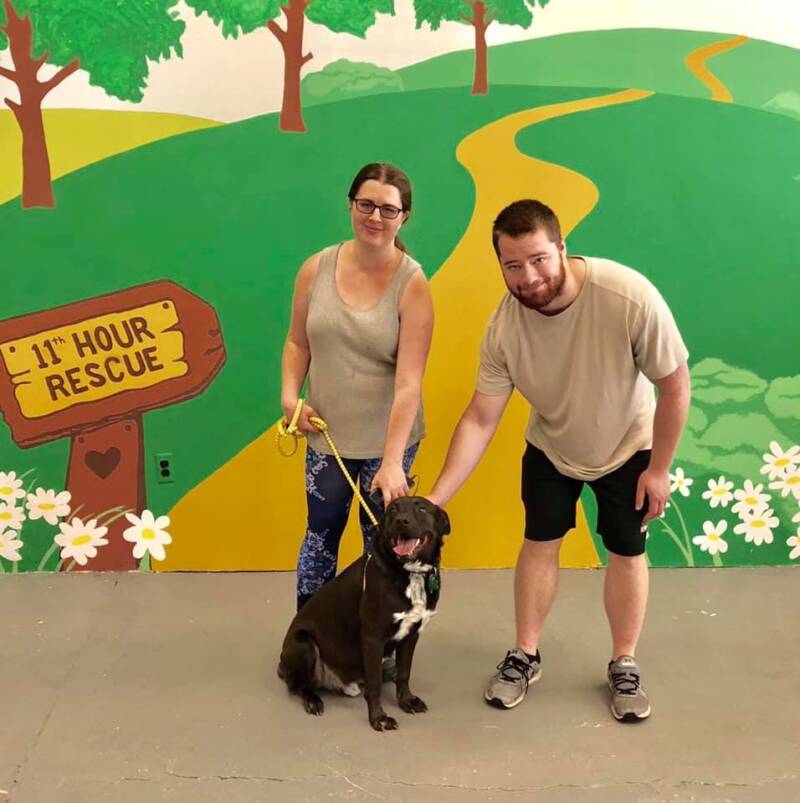 “They were one of the first applications we received on Moose,” Barish said, adding that the family wanted to remain anonymous. “They saw the post before it went viral.”

Although Moose’s story got a happy ending, he had a rough start to life. According to the viral Facebook post, Moose had been found tied to a railroad sign in front of an animal shelter in rural Georgia in August 2017. Nobody had shown interest in adopting him and so, to keep the dog from being euthanized due to overcrowding, Moose was moved to the larger Eleventh Hour Rescue shelter in New Jersey, where he continued to wait to be adopted.

Then, a year ago, Moose’s “dad” found him at the shelter, fell in love, and took him home. Unfortunately, tragedy soon cut Moose’s happy tale short when his new owner was diagnosed with cancer.

The shelter wrote that Moose adored kids and got along well with other dogs (though cats and birds were a different story). They also mentioned that the black pup loved people and would fit perfectly in a home where there would always be a human companion around. Fortunately for Moose, there were plenty of loving families eager to take him home.

Moose’s heart-wrenching photo no doubt helped fuel his search of a new home. Evidently, the image of an unsuspecting Moose patiently awaiting the return of his late owner touched many people. Dogs have a reputation for being loyal and loving animals, and Moose’s photo — next to a bed that would remain empty — embodied those best characteristics.

For some, Moose’s photo might evoke thoughts of another famously loyal pet, the true heartbreaking tale of Hachiko. 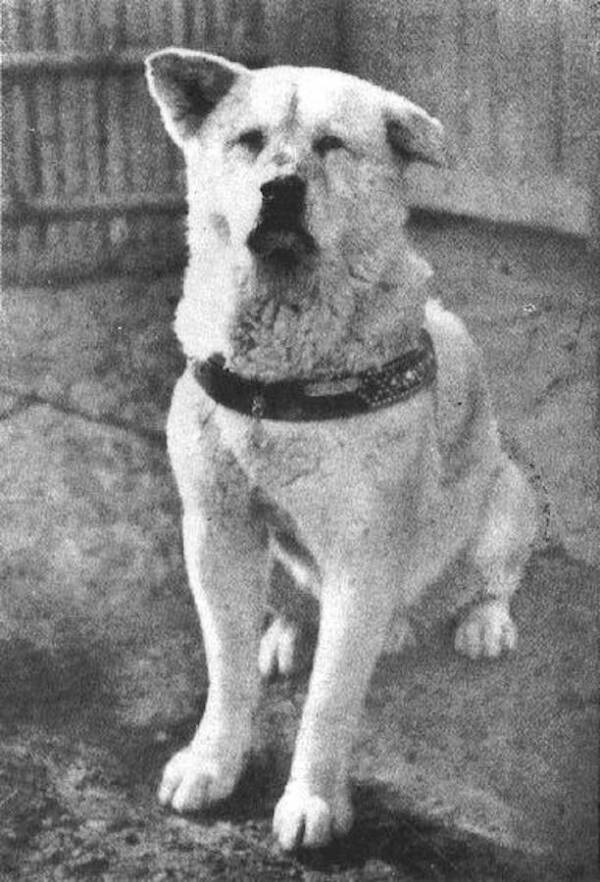 Wikimedia CommonsHachiko’s heartbreaking story turned the dog into a national symbol of loyalty in Japan.

Hachiko was the beloved Akita of Eizaburo Ueno, a Japanese professor who lived in Tokyo in the early 1920s. Every day, Ueno and his dog Hachiko would walk together to Shibuya station. After his classes were finished, the professor would return to the station at 3 p.m. sharp, where Hachiko would be waiting for him.

Sadly, Ueno passed unexpectedly of a stroke during one of his classes. Although Ueno never made it back to the train station as usual, Hachiko was there waiting for him. Even after his owner failed to show up, Hachiko came back the next day, and the next after that.

Soon, locals caught wind of the dog’s tragic story and often sat with him or fed him while he continued his admirable but empty routine. He became a national sensation after a student of the late professor wrote a newspaper story of Hachiko’s fierce loyalty, inspiring people from all over Japan to visit the dog as he continued to wait.

Miraculously, Hachiko came back to the same spot at the Shibuya station every day without fail for 10 years.

Today, visitors can pay respects to the unrelentingly faithful doggo by visiting his bronze memorial statue that was erected right by Shibuya station.

Hopefully Moose will be equally — if not more — loved by his new family.

Next, discover 21 stirring photos of dogs forced to brave Hurricane Harvey. And then, learn about the recent law that guarantees jail time for leaving your dog out in the cold.