"We wanna take care of these kids and make sure they know we don't forget." 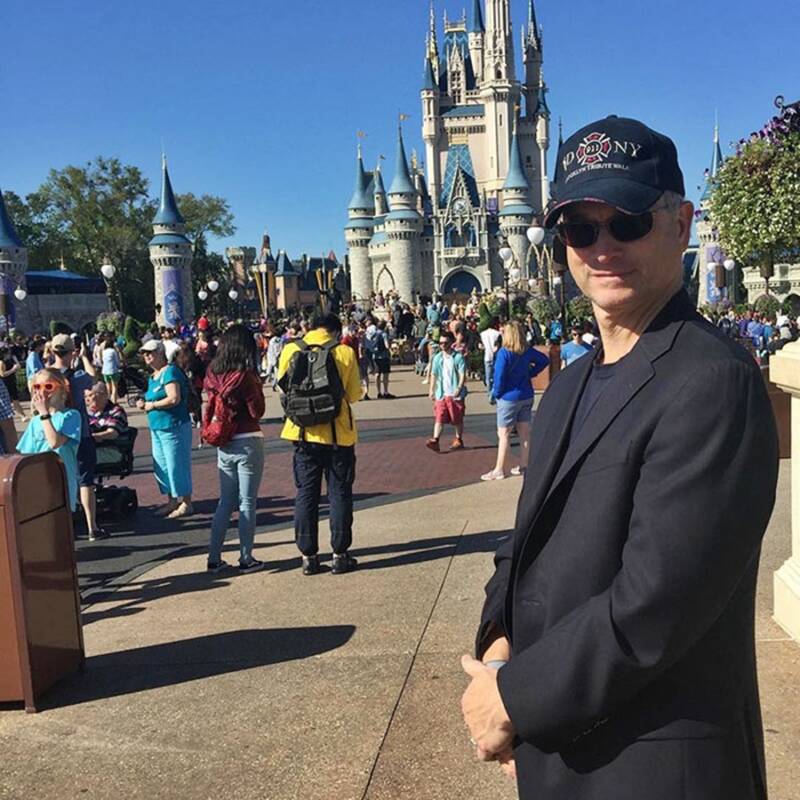 Gary Sinise FoundationActor Gary Sinise and his foundation treated 1,000 kids (more than 1,750 family members total, including surviving parents) of fallen military heroes to the trip of a lifetime.

The families of fallen soldiers were treated to a special holiday trip thanks to the Gary Sinise Foundation. And where better to bring them than the happiest place on Earth: Disney World.

According to CBS Los Angeles, actor Gary Sinise — who founded the non-profit organization in 2011 — and his team organized the trip in December 2018 as a way to support the families, especially children, of fallen armed services members. All in all, the foundation packed 15 airplanes with these families and sent them off on the trip of a lifetime.

About 1,750 people (1,000 of them kids) in total from 15 locations across the country were treated to a five-night vacation in Orlando, Florida. The Disney World trip was part of the organization’s annual Snowball Express program which aims to connect families of fallen veterans and help them heal.

“Each one of these children who are going on these airplanes have lost a parent in military services – either combat related or illness or unfortunately suicide sometimes,” Sinise said. “We wanna take care of these kids and make sure they know we don’t forget.” 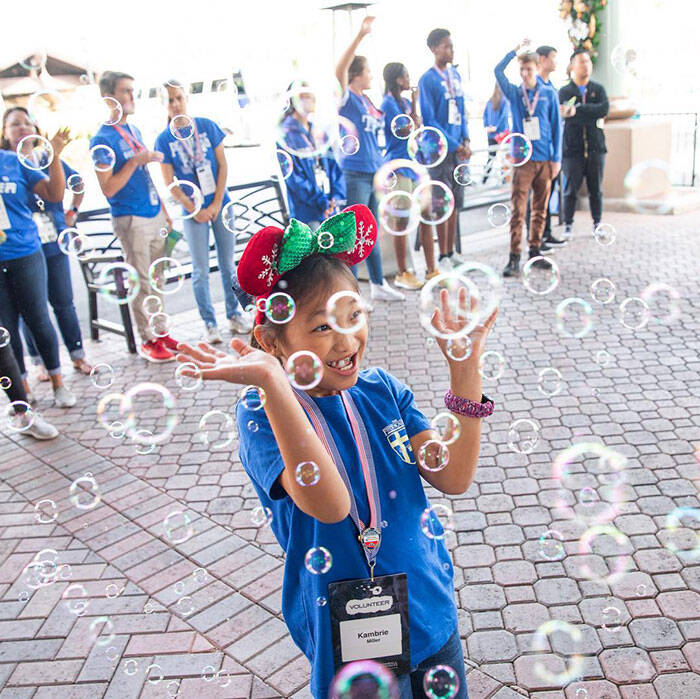 The holiday festivities began the moment the families arrived at Los Angeles International Airport, where a cheerful Santa Claus landed in style via helicopter with his wife, Mrs. Claus. The children took photos with Santa and received gifts.

“I [didn’t know] that he would be here in a helicopter – I thought he was gonna be jumping out of there in a parachute,” Desmond, whose father Army Sgt. Myles Penix died in 2016, said. The boy and his mother, Jade Penix, were the first of the military families in line to greet Santa.

“It’s just important ’cause of all of the bonding that we get to do. He gets to find friends who are just like him, and I get to find ones that have lost just like me,” Mrs. Penix said.

“It’s easier when you find people who’ve gone through the same thing. So it’s an amazing experience. All of the different tributes they have, and all of the different balloon releases where I get to write a message to my husband; it’s amazing.”

Footage from the 2018 trip to Disney World made possible by the Gary Sinise Foundation.

According to Sinise, these kinds of shared experiences are what the yearly trip is all about.

“The most important thing about [the Snowball Express] is that these children don’t feel alone,” Sinise said. “There’s a lot of healing and a lot of bonding and a lot of friendship that goes on that helps them through the rest of the year.” 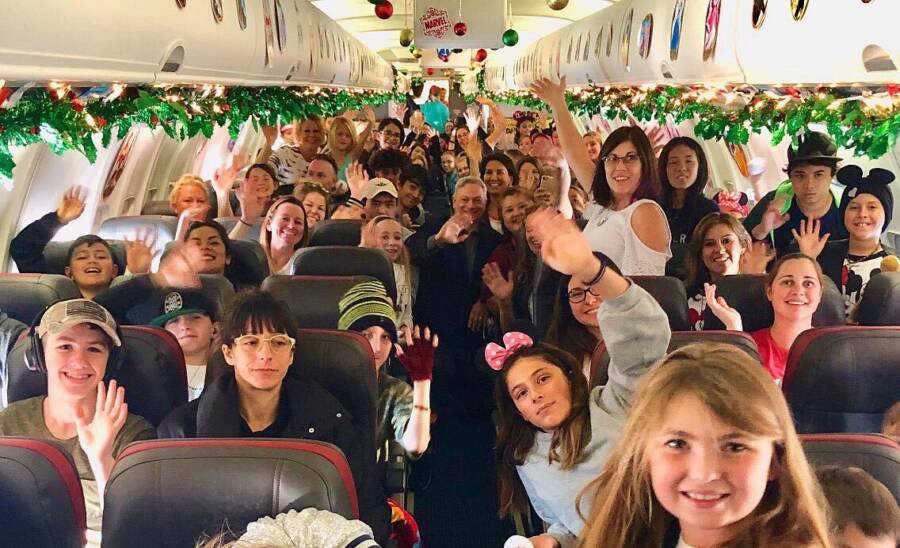 Gary Sinise/TwitterGary Sinise with some of the children he sent to Disney World as they get ready to take off for Florida.

Sinise, even before forming his foundation, has long been an advocate for military veterans and first responders. Soon after 9/11, Sinise started supporting service members through overseas performances with his band, Gary Sinise and the Lt. Dan Band, as well as other fundraising efforts. The Gary Sinise Foundation has overseen the annual Snowball Express trip since 2017 as a way to provide a retreat and vacation experience for military families who have lost someone. 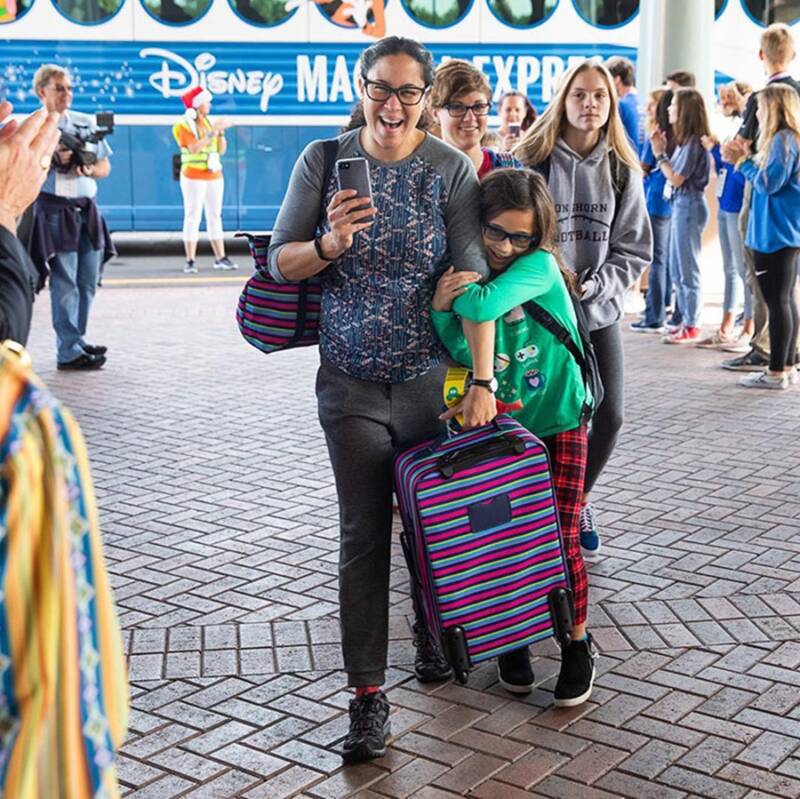 Gary Sinise FoundationOne of the thousands of families flown to Disney World for a five-day holiday.

The Gary Sinise Foundation has yet to announce the destination for this year’s Snowball Express trip. But wherever the destination, it’ll undoubtedly be an amazing gift for families who have lost loved ones that were serving their country.

“While we can never do enough to show gratitude to our nation’s defenders,” Sinise wrote on the foundation’s website, “we can always do a little more.”

Next, take a look at 21 war heroes and the superhuman stories that put them in the history books. Then, learn about how Manny Pacquiao built 1,000 homes for the poor in his hoe country.