Prohibition-era gangster George "Machine Gun" Kelly pulled off one of American history's most infamous crimes and thought he got away with it. Then his victim got revenge. 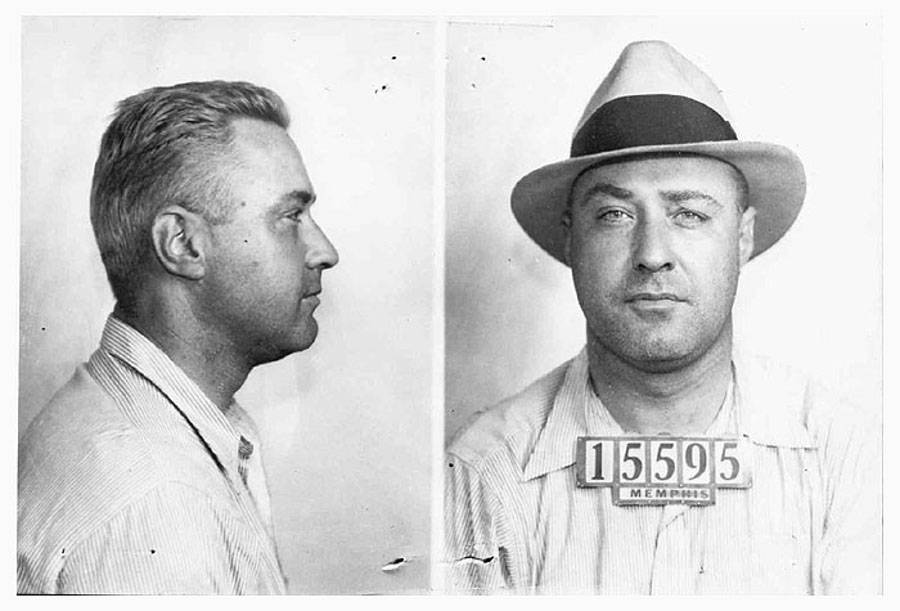 Wikimedia CommonsGeorge “Machine Gun” Kelly not long after his capture in Memphis in 1933.

Born in Memphis, Tenn. in 1895, George Kelly Barnes never had much success at a “normal” life. He dropped out of college at Mississippi A&M due to low grades. Meanwhile, he married Geneva Ramsey, and the couple had two sons. But he could never hold down a job to support his new family and the couple divorced not long after.

After failing to make it in the legitimate working world, Kelly ran bootlegging schemes across the South during Prohibition. This landed him in jail in Kansas in 1928, but it didn’t end his criminal career — in fact, it helped him truly get it started.

While in jail, he met bank robbers and hardened criminals who helped put him on the path to committing serious crimes. And when he got out in 1930, his new wife Kathryn Thorne actually helped nudge him along as well.

It was Thorne who bought her husband his first machine gun, encouraged him to devote himself to crime, and gave him the nickname George “Machine Gun” Kelly.

Legend has it that Thorne would take spent machine gun cartridges and give them to associates at illegal drinking clubs and would say they were souvenirs from George “Machine Gun” Kelly, thus bolstering his reputation in the criminal underworld. If Kelly was the criminal mastermind, his wife was the chief marketing officer.

Kelly pulled off several small bank robberies in Mississippi and Texas from 1930 to 1933. All the while he built himself a reputation that even he couldn’t live up to. For one, the F.B.I. claimed the petty bank robber was an expert machine gunner, which simply wasn’t the case. In fact, the man with the famous nickname never killed anyone in his life.

But just because he wasn’t a killer doesn’t mean he wasn’t a daring criminal. Kelly and Thorne hatched a daring plan after several failed kidnapping attempts in the early 1930s. Instead of resorting to small targets for their next kidnapping, they would go after a bigger fish in the form of oil tycoon Charles Urschel.

On July 22, 1933, Kelly and accomplice Albert Bates snatched Urschel from his Oklahoma City home. Three days later, a ransom note appeared via Western Union at the home of Urschel’s friend J.G. Catlett demanding $200,000 for the release of the wealthy businessman.

A few days later, the exchange went smoothly, the money was in Kelly’s hands, and Urschel was back with his family. However, the saga of the Urschel case was far from over.

Urschel had been blindfolded the entire time, and Kelly was careful not to give away any clues as to their whereabouts. However, the small-town bank robber failed to take into account two things. First, authorities wrote down the serial numbers of the $20 bills they used for the ransom. Any time the serial numbers showed up in a transaction, they could track any of the criminals. Second, Kelly didn’t count on Urschel’s sharp mind.

The oil tycoon couldn’t see anything, but he could hear just fine, leaving him plenty to report to authorities about what his ears had detected during his time as Kelly’s prisoner. Without Urschel’s calm intelligence gathering, Kelly would have gotten away with the kidnapping altogether.

Urschel noted that one hour after he was blindfolded, he could hear and smell oil fields nearby with the oil fields spaced 30 minutes apart. This allowed authorities to deduce the direction in which Urschel had been taken after leaving Oklahoma City (south). Urschel also noted rainy and stormy weather conditions and the sound of airplanes flying overhead. After the cops checked meteorological data and flight records, these sounds further helped authorities determine the kidnappers’ likely location.

Meanwhile, someone had tipped the F.B.I. that Kelly and Thorne were involved. So when authorities learned that Thorne’s family owned a ranch in Paradise, Texas (a destination that made sense based on what Urschel had heard), the cops figured they’d found the site where Urschel had been held prisoner.

On August 10, just 10 days after Urschel’s release, F.B.I. agents raided the ranch and arrested Kelly’s in-laws. A day later, the feds caught Kelly’s accomplice in Denver after he swapped out some of the marked bills used in the ransom at local banks. 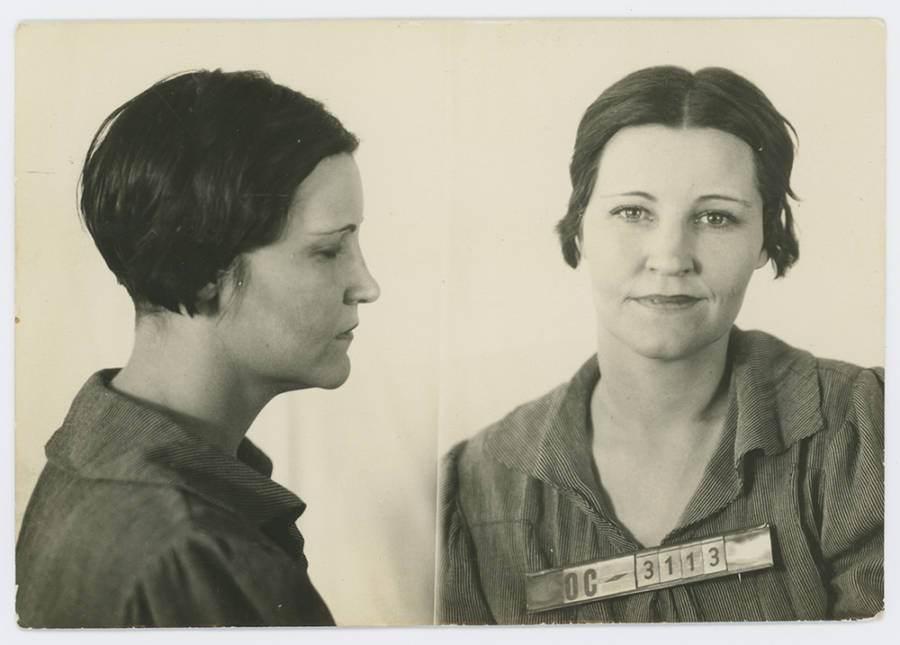 But it was several more weeks before authorities captured Thorne and George “Machine Gun” Kelly himself. It turned out, he went back to his roots in Memphis. Authorities caught up with him and his wife there on Sept. 26, 1933. Less than three weeks later, Kelly and his wife were convicted and sentenced to life in prison.

He went to Alcatraz, where he earned the nickname “Pop Gun Kelly” because he was a model prisoner who didn’t act like the daring gangster his reputation suggested. In 1951, he was transferred to the same prison in Kansas where he’d first met the bank robbers that helped push him into crime two decades earlier. He died there of heart failure in 1954.

After this look at George “Machine Gun” Kelly, read up on fellow gangster Henry Hill of Goodfellas fame. Then, check out the most fascinating Al Capone facts you’ll ever read.