The Life And Death Of George Tiller, The Abortion Provider Who Was Murdered Because He Refused To Close His Clinic

Anti-abortion activists spent years trying to shut down Dr. George Tiller's clinic, which was one of the only places in the nation that provided late-term abortions — until one extremist shot him in the head while he was at church in 2009.

By 2009, after more than 40 years of medical practice, Dr. George Tiller had a national reputation. He was the director of one of just three abortion clinics in the United States that provided women with late-term abortions — and he had become the target of pro-life activists.

For decades, those who disagreed with the procedures his practice provided tried to have his clinic closed. Eventually, some protesters resorted to violence in order to fulfill that goal. Tiller survived at least two attacks on his life before one anti-abortion extremist murdered him. 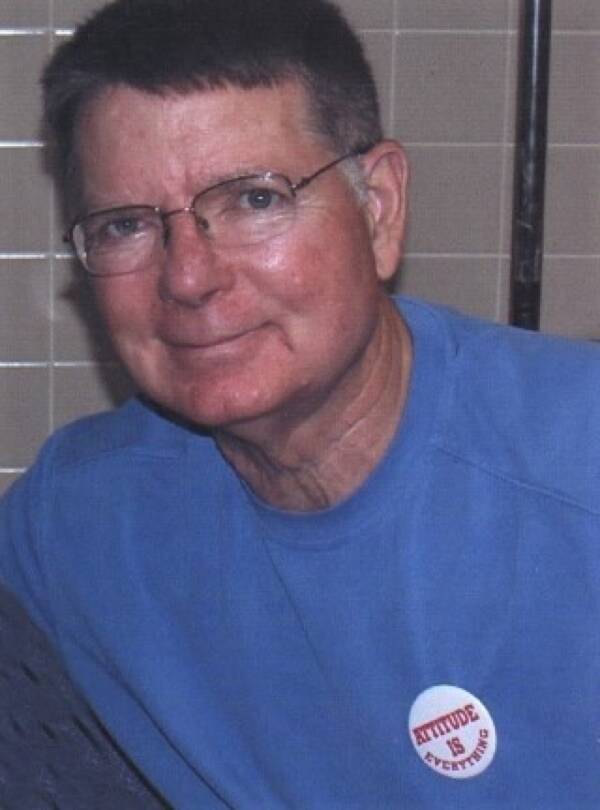 On May 31, 2009, Scott Roeder shot George Tiller in the head as the physician handed out bulletins before a Sunday morning church service.

Both Tiller’s life and death were steeped in controversy. For more than 30 years, he faced constant opposition to his work, and his murder sparked nationwide debate. But the doctor said all he ever wanted to do was help women.

How Dr. George Tiller Became The Target Of Anti-Abortion Extremists

George Tiller was born in Wichita, Kansas on August 8, 1941. According to the Embryo Project Encyclopedia, he followed in his father’s footsteps and attended medical school at the University of Kansas School of Medicine. He then completed his residency at the U.S. Naval Hospital in Pendleton, California, before beginning work as a flight surgeon.

Unlike his father, who was a prominent general practitioner, Tiller planned to become a dermatologist. But after his parents died in a plane crash in 1970, he began to feel the pressure to take over the family practice.

While working at his father’s clinic, he heard about a local woman who had died from an illegal abortion — a procedure his father could have safely done at his office. The story convinced him he needed to stay in town and take over the practice to focus on women’s care instead of dermatology.

After several years at his father’s practice, George Tiller opened the Women’s Health Care Clinic in Wichita in 1975 and quickly became the target of pro-life organizations. Tiller provided post-viability abortions in very specific cases: when a woman discovered the fetus had severe or fatal defects or if two doctors confirmed her life was at stake. 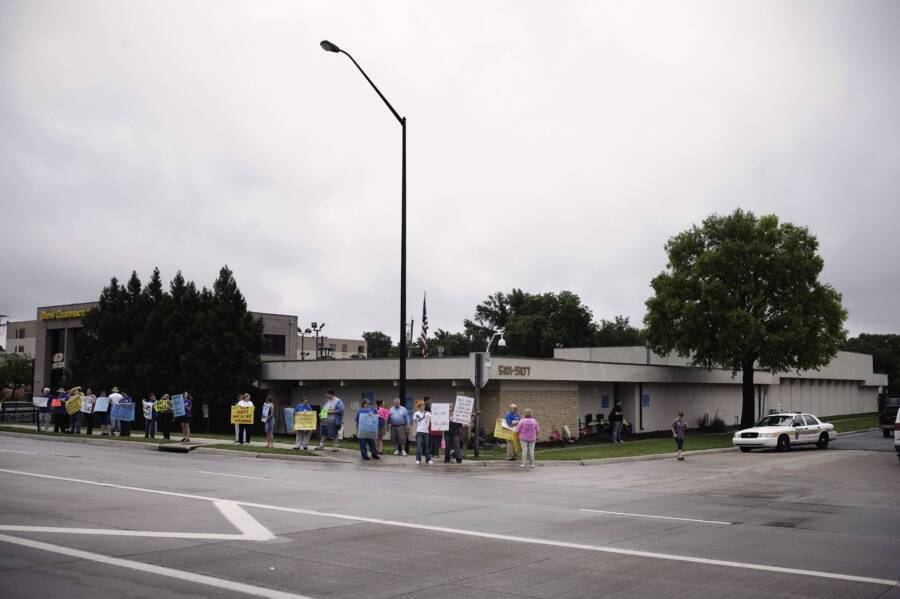 Though the Kansas Coalition for Life held a daily vigil outside the facility for the last five years Tiller was in charge, he faced violence from the very beginning. In June 1986, the clinic was firebombed. He was able to rebuild the practice, but other attacks quickly followed.

On Aug. 9, 1993, Shelley Shannon, an anti-abortion extremist, shot Tiller five times while he was sitting in his parked car. She was sentenced to 11 years for the attempted murder and an additional 20 years for her connection to attacks on other abortion clinics.

According to the Kansas City Star, Shannon wrote in a letter to her daughter: “I’m not denying I shot Tiller. But I deny that it was wrong. It was the most holy, most righteous thing I’ve ever done. I have no regrets.”

The Mounting Protests Against Dr. Tiller

In 1991, a branch of the organization Operation Rescue moved its headquarters from California to Wichita — specifically to target Tiller’s clinic. They renamed themselves Operation Rescue West and operated under the guidance of vice president Cheryl Sullenger.

The organization began its work against the clinic soon after moving to the area with what they called the “Summer of Mercy.” During this time, they protested at all of Wichita’s abortion clinics, but they focused the most attention on Tiller.

The battleground in Wichita eventually caught the attention of right-wing news anchor Bill O’Reilly, who campaigned against Tiller frequently on his Fox News show. In 2006, according to Murderpedia, he claimed to have intel that proved the doctor performed late-term abortions to fix “temporary depression” because he was “a savage on the loose, killing babies willy-nilly.” 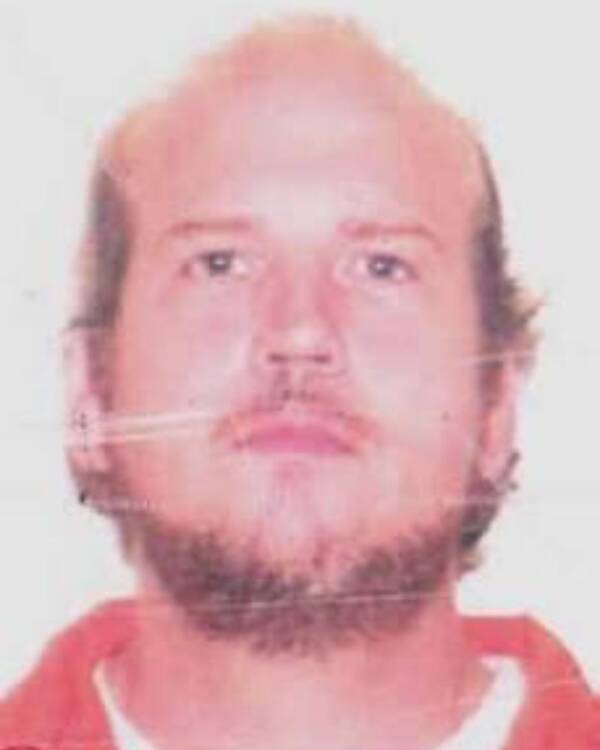 Tiller’s practice made national headlines again in 2007 when he was charged with 19 misdemeanors after being accused of consulting with doctors he was financially affiliated with on abortion cases. Kansas law required two doctors, neither of which could be connected to the doctor performing the abortion, to recommend the procedure.

Tiller was found not guilty on all counts two years later, but the campaign against him continued online. According to the Anti-Defamation League, Scott Roeder posted this comment on Operation Rescue’s website in 2007: “Tiller is the concentration camp ‘Mengele’ of our day and needs to be stopped before he and those who protect him bring judgment upon our nation.”

The comment was flagged and reported, but Roeder planned to act on his beliefs, as he obsessed over the clinic and George Tiller.

Scott Roeder’s obsession with George Tiller continued throughout the doctor’s trial, and it came to a head in 2009. Roeder had long been associated with extremist groups, and he believed he was part of an army that was supposed to stop people like Tiller. When Tiller was found innocent in 2009, Roeder was in the courtroom. He believed the justice system had failed the women Tiller cared for.

On May 31, 2009, Roeder decided to follow through on his internet comment. The previous day, he’d attempted to glue the locks of the clinic doors shut. But when that didn’t work, he took drastic measures. That Sunday morning, Tiller stood at the entrance of his church, as he did every week, to hand out church bulletins as the congregation filled the pews.

Roeder drove up to the church, walked to the door, and shot George Tiller in the side of the head. He was arrested and charged with one count of first-degree murder and two counts of aggravated assault.

After 40 minutes of deliberation, the jury found Roeder guilty of all three counts, and he was sentenced to life in prison with no parole until 50 years were served. In 2016, he was resentenced to life with the possibility of parole after state laws were revised. 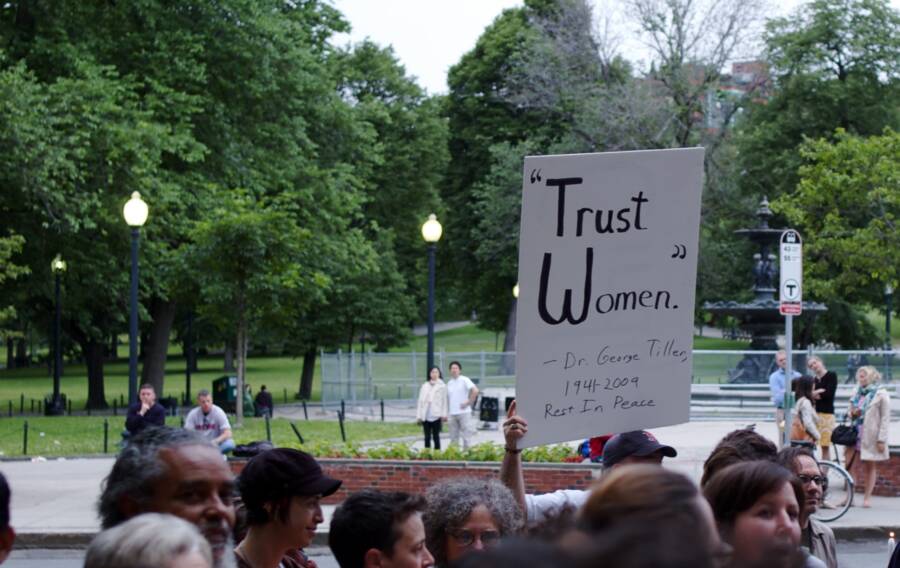 FlickrA vigil for George Tiller was held the evening after his murder.

Following Tiller’s death, Operation Rescue West decried the violence and denied that Roeder had ever been a member of their organization. However, investigators found the cell phone number of Cheryl Sullenger in Roeder’s car, and she later admitted she’d provided him with the dates and times of Tiller’s court hearings.

Bill O’Reilly also denied that his show was an aggravating factor in the doctor’s death. Some of his first public words about the tragedy were: “When I heard about Tiller’s murder, I knew pro-abortion zealots and Fox News haters would attempt to blame us for the crime.”

Today, Dr. George Tiller continues to be a polarizing figure, and his legacy as an abortion provider continues to appear in debates about bodily autonomy today. But his motto — “Trust Women” — still serves as a rallying cry for women’s rights activists around the country.

After reading about the murder of Dr. George Tiller, go inside the crimes of Eric Rudolph, the anti-abortion extremist who bombed the 1996 Olympics in Atlanta. Then, learn about the underground abortion network called the Jane Collective.