The robot grabbed the boy's finger at the Moscow Chess Open after the seven-year-old apparently "hurried" it. 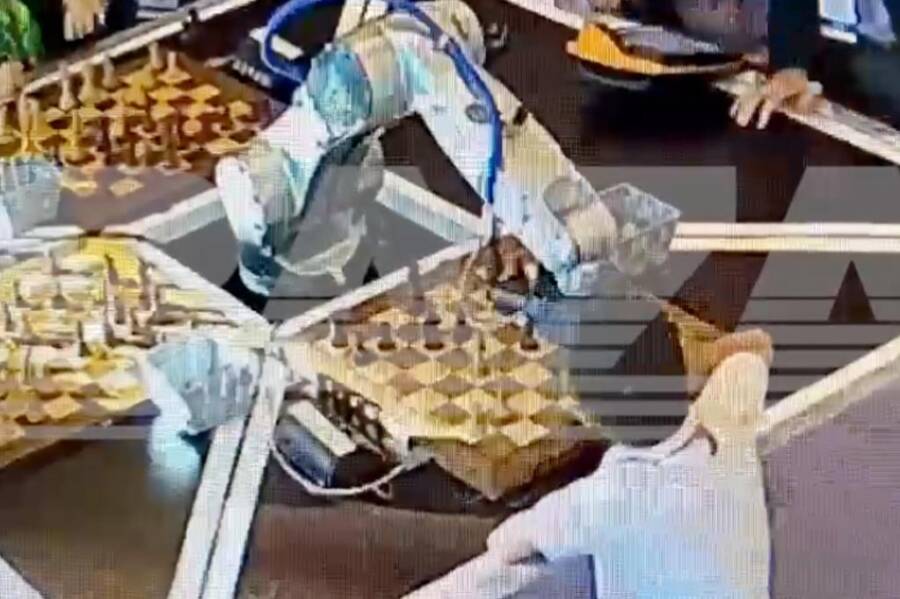 TwitterThe robot had already played multiple matches on the day of the finger-breaking incident.

At the Moscow Chess Open, a chess-playing robot became flustered when its seven-year-old opponent made a quick move — and reached across the board and broke the child’s finger.

“A robot broke a child’s finger – this is, of course, bad,” Sergey Lazarev, the president of the Moscow Chess Federation, said according to CNN.

On the day of the incident, the robot had already played three matches before it faced Christopher, a seven-year-old chess prodigy, according to The Guardian. During their match, the boy — one of the 30 best chess players in Moscow under the age of nine — reacted quickly to one of the robot’s moves.

NBC News reports that the robot made a move, taking one of Christopher’s pieces off the board. But before the robot’s arm had completely withdrawn, Christopher made his next move, placing a rook upon the same square as the previous piece. The robot’s arm then descended, grabbing Christopher.

However, the finger-breaking incident was not a case of a robot showing emotion like frustration, administrators of the event insisted. 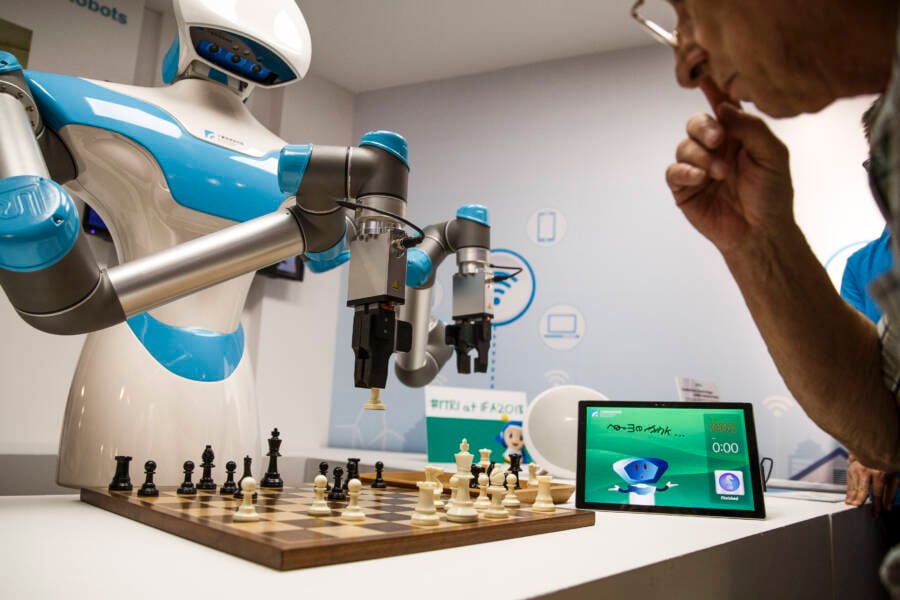 “Apparently, the operators overlooked some flaws,” Lazarev said according to CNN. “The child made a move, and after that it is necessary to give time for the robot to respond, but the boy hurried and the robot grabbed him.”

Sergey Smagin, vice president of the Russian Chess Federation, agreed. Per The Guardian, he explained: “There are certain safety rules and the child, apparently, violated them. When he made his move, he did not realize he first had to wait. This is an extremely rare case, the first I can recall.”

Calling the incident a “coincidence” and the robot “absolutely safe,” Smagin added, “[The robot] has performed at many opens. Apparently, children need to be warned. It happens.”

Despite the incident, Christopher seemed unruffled and returned with his finger in a plaster cast. “The child played the very next day, finished the tournament, and volunteers helped to record the moves,” Lazarev explained.

That said, NBC News reports that his parents are looking to contact the prosecutor’s office.

“We will communicate, try to sort it out and help in any way we can,” Lazarev said, according to NBC News. He added: “And the robot operators, apparently, will have to think about strengthening protection so that such a situation does not happen again.”

According to The Guardian, today’s robots mostly learn to complete the same basic movements. They’re not necessarily programmed to watch out for a human finger when trying to navigate a chess board. And often, this lack of nuance has resulted in human fatalities.

As The Guardian notes, humans have died after being crushed to death by robots at automobile factories, perished under the hands of robots used for medical purposes, and even been run down by autonomous cars.

Though Christopher was perhaps lucky that his interaction with a robot resulted in only a broken finger, one former chess champion quipped that he’s long tried to raise the alarm about chess-playing robots.

According to NBC, Garry Kasparov, a World Chess Champion who was defeated by an IBM supercomputer in 1997, caught wind of the incident after it went viral on social media. He quipped: “I tried to warn you!”

After reading about the chess robot that broke a boy’s finger, see how a robotic gorilla helped scientists get a sneak peak at the private lives of these elusive primates. Or, discover the story of the “break dancing” robot meant to go inside the human body.