How Doctors Made George Washington’s Death An Agonizing Affair

When news broke of George Washington's death on December 14, 1799, it came as shock to the nation. For him, it was an excruciating, hours-long ordeal. 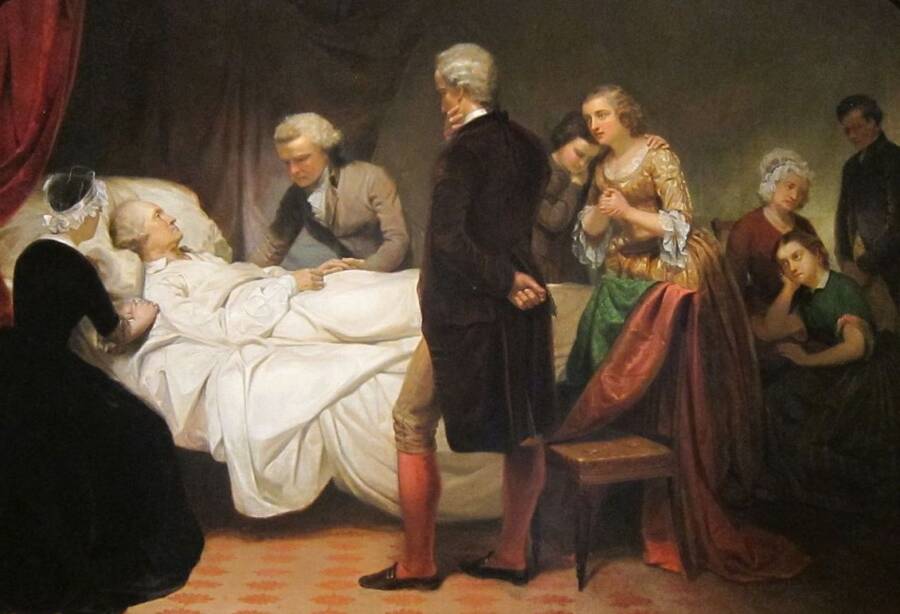 In 1799, the newly-independent United States was embroiled in a series of heated national debates about everything from trade to the powers of the federal government to slavery. The politics of the time were so contentious, in fact, that many were convinced that the new nation would not last for more than a few years. George Washington’s death changed all that.

Though Washington certainly wasn’t a young man when he died, the loss of America’s most beloved Founding Father — the man many credit more than any other with its independence from England — came as a profound shock to the country. The country united in grief and put aside their political fights for another day and mourned, helping stitch the country closer together.

Unfortunately for the Founding Father, the antiquated methods of 18th-century medicine ensured that George Washington’s death was as painful as it may have been preventable.

The Final Years Of George Washington 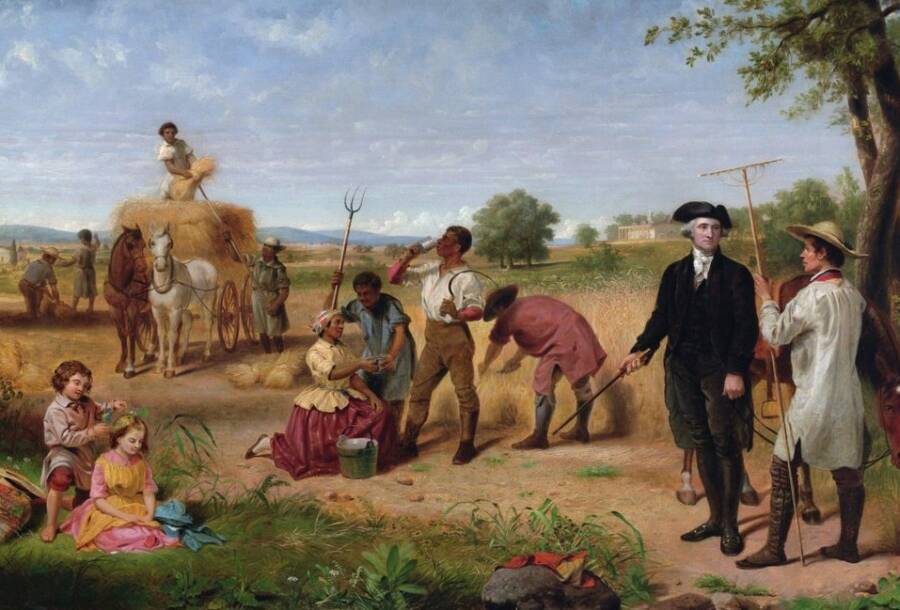 On Sept. 17, 1796, George Washington declared that he would not seek a third term as president of the newly-independent United States. Possibly the one man that Americans could have accepted as their monarch chose to surrender power for the good of the country and ensured his legacy as the nation’s premier Founding Father. He would instead retire to Mount Vernon and resume his pre-Revolutionary life.

Washington began planning for his retirement over a decade before it took place. In 1787 he wrote, “It shall be my part to hope for the best . . . to see this country happy whilst I am gliding down the stream of life in tranquil retirement.”

Yet Mount Vernon didn’t offer the tranquil retirement Washington planned. The estate, made up of five farms, 800 animals, and 300 slaves required constant work to maintain.

When he wasn’t in his 11,000-square-foot mansion, the former president could be found riding on his property or meeting with visitors. In 1798, the Washingtons received 677 guests, including strangers eager to meet the Revolutionary War hero. 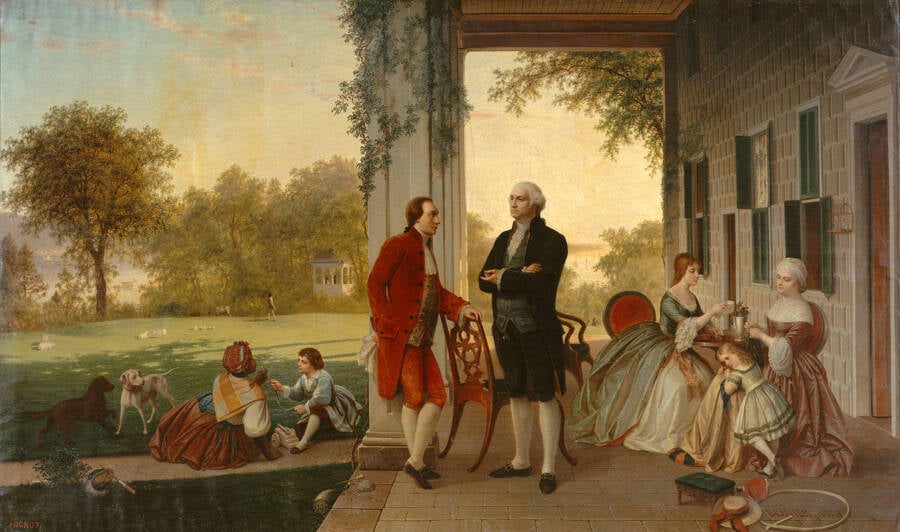 Washington and Lafayette at Mount Vernon after the war. Painting by Thomas Pritchard Rossiter, 1859.

Two years before George Washington’s death, his wife Martha wrote that the Founding Father had vowed “not to quit the theatre of this world before the year 1800.”

He almost made it: the death of George Washington came just days before the turn of the new century.

The Final Illness Of George Washington

On Dec. 12, 1799, two years into his retirement, Washington rode through rain, sleet, and snow to tend to the Mount Vernon estate. He returned home late to find his dinner guests had already arrived, and to avoid a breach in decorum, Washington wore his wet clothes to dinner.

The following day, freezing temperatures and three inches of snow didn’t stop Washington from making his rounds. As Washington tended to the estate, his sore throat grew worse. That evening, he was unable to read the newspaper aloud to Martha. 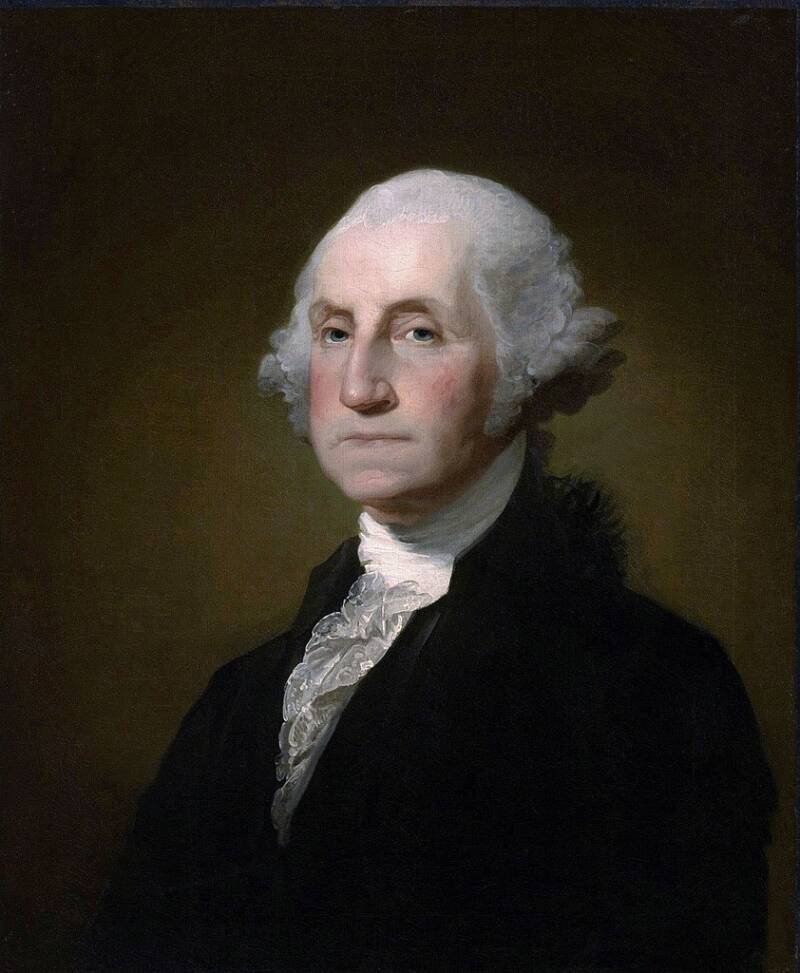 Washington went to bed on the 13th with a hoarse voice and a raw throat. He awoke the next morning with troubled breathing. His secretary, Tobias Lear, called for a doctor.

George Washington’s death loomed over the medical treatments administered by his doctors on Dec. 14, 1799. The 67-year-old former president had already lived longer than many men in his family, and a throat infection that impeded breathing was often life-threatening in the 18th century.

That day, three physicians treated Washington according to the medical theories of the 18th century: namely blood-letting. In total, physicians removed 80 ounces of blood that day, about 40 percent of his body’s total volume.

Bloodletting wasn’t the only treatment that likely contributed to George Washington’s death. One doctor recommended a dose of mercurous chloride and a tartar emetic that caused violent vomiting. Another doctor administered an enema. Dr. James Craik, the physician general for the United States Army — and a personal friend of Washington’s — applied a toxic tonic directly on the president’s throat, which caused blistering.

Washington also nearly suffocated when he drank a mixture of butter, molasses, and vinegar to soothe his throat.

By late afternoon, after Washington’s fourth bloodletting in 12 hours, the weaken ex-president was struggling for air. He turned to Craik and said, “Doctor, I die hard; but I am not afraid to go; I believed from my first attack that I should not survive it; my breath can not last long.”

George Washington rose from his bed for the final time around 5 P.M. Washington told Lear that “I find I am going . . . I believed from the first that the disorder would prove fatal.”

The president asked his secretary to “arrange my accounts and settle my books, as you know more about them than anyone else.”

After reviewing his will, Washington returned to bed. The doctors applied blisters to the president’s feet and legs at around 8 P.M. and Washington knew the end was near. 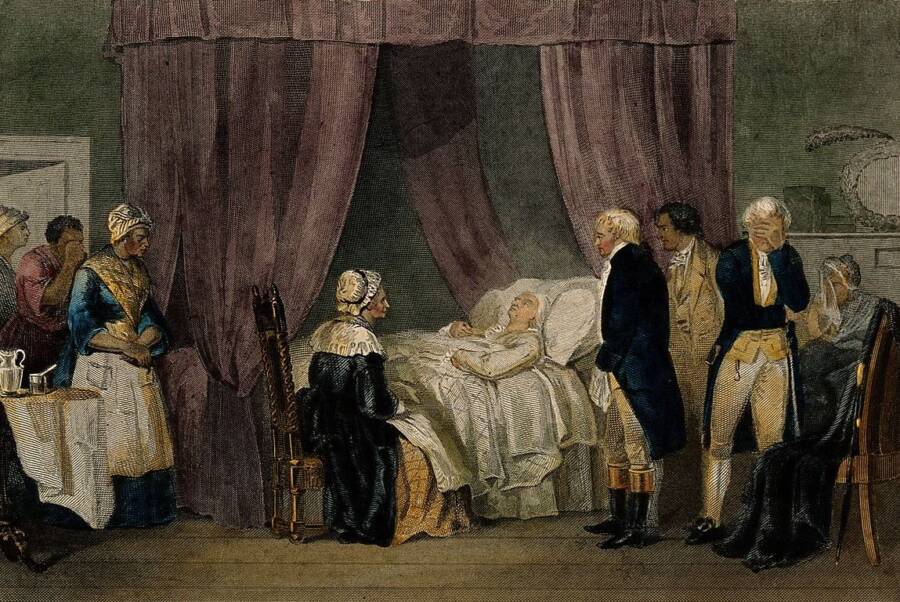 About two hours later, Washington instructed Lear on his burial, saying “I am just going. Have me decently buried; and do not let my body be put into the vault in less than three days after I am dead.” Washington feared being buried alive.

William Thornton’s Plan to Bring Washington Back to Life

After George Washington’s death, Martha began planning for his funeral. But one of Washington’s friends, physician William Thornton, refused to accept the finality of death.

When Thornton arrived at Mount Vernon mere hours after Washington’s passing, he was overcome. “My feelings at that moment I cannot express!” Thornton wrote. “I was overwhelmed with the loss of the best friend I had on Earth.”

Thornton proposed a risky strategy to bring Washington back to life: a blood transfusion.

“I proposed to attempt his restoration,” Thornton explained. “First to thaw him in cold water, then to lay him in blankets, and by degrees and by friction to give him warmth.” After warming the body, Thornton proposed to “open a passage to the lungs by the trachea, and to inflate them with air, to produce an artificial respiration, and to transfuse blood into him from a lamb.”

Warm blood and air would revive the president, Thornton vowed. “I reasoned thus. He died by the loss of blood and the want of air. Restore these with the heat that had subsequently been deducted, and . . . there was no doubt in my mind that his restoration was possible.”

Thornton’s idea wasn’t completely random. In the 1660s, English natural philosophers experimented with the first blood transfusions, where they transferred animal blood into humans for a practical reason: the blood donor often died during the procedure, making it unethical to use a human donor.

The Washington family, however, turned down Thornton’s proposal.

The Eulogy for George Washington’s Death

Washington was laid to rest in the family tomb on Dec. 18, 1799. Congress proposed a monument to the first president in the new capital city and mourners flocked to Mount Vernon. 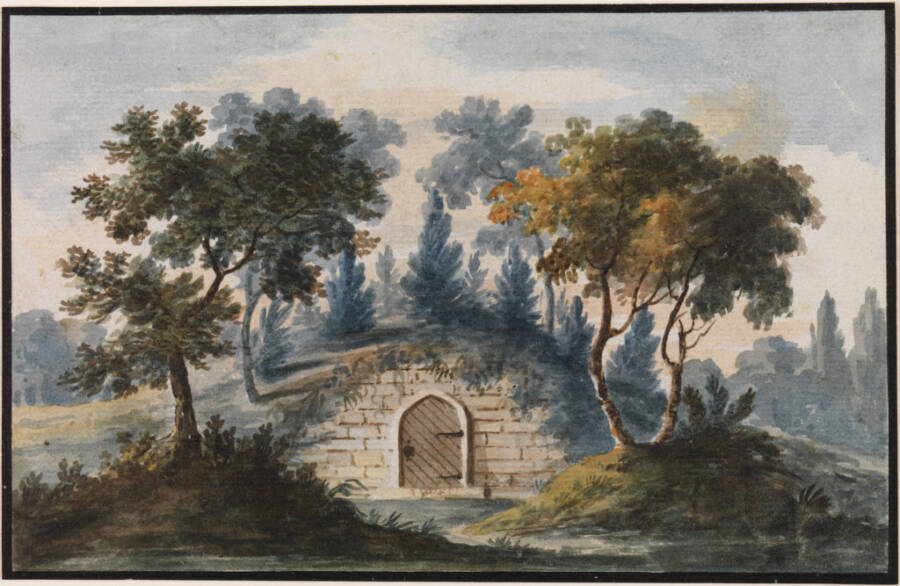 Major General Henry Lee wrote to President John Adams, saying, “Permit us, Sir, to mingle our tears with yours. On this occasion, it is manly to weep.”

Lee also gave the eulogy before Congress, memorializing Washington as “First in war, first in peace, and first in the hearts of his countrymen.”

Now that you’ve read about the death of George Washington, learn more about life of America’s first president. Then, discover his dark side through the eyes of Ona Judge, a slave who escaped from Mount Vernon and stood her ground against the slave hunters Washington sent to bring her back.