One of the nine thieves allegedly enjoyed the bag of stolen candy on a walk home through the woods following a burglary. 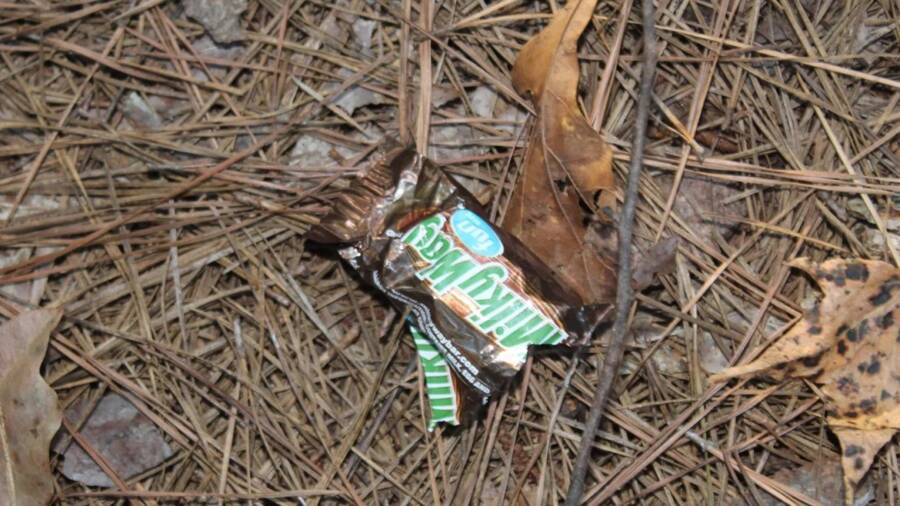 Coweta County Sheriff’s OfficeOne of the discarded Milky Way wrappers that led police to the culprits.

On Oct. 28, 2022, police in Newnan, Georgia arrested nine people accused of burglarizing multiple homes and cars in the area after following a trail of discarded Milky Way candy wrappers directly to one accused burglar’s mobile home.

Speaking with local station WSB-TV Channel 2, deputies said that the bag of Milky Way candy bars was critical to solving the case.

The bag of Milky Ways was just one of several items stolen from the home of an unnamed victim, including clothes, four guns, ammo, a chainsaw, and anxiety pills. The victim told Channel 2 that when he returned home, “everything was basically turned upside down.”

“During our walk on trails through the woods, he was able to point out some of the wrappers,” investigator Christian Spinks told Channel 2. “And when he found one wrapper, we were able to walk a little bit further and find another wrapper. And so on and so forth. And it just formed a trail, and it showed us exactly where the individuals had walked.”

The trail eventually led investigators to the Shady Oaks Mobile Home Park — and to their suspects.

As Inside Edition reports, police found and arrested eight suspects and one unnamed juvenile in association with at least two home burglaries and five vehicle break-ins in the area.

Gerald Bennett was their suspected “sweet tooth burglar,” who allegedly enjoyed the bag of stolen candy on a walk home through the woods following a burglary.

In addition, the Heard County Sheriff’s Office arrested Marvin Rachalla after they discovered a stolen gun in his possession that linked him to the burglary ring in Coweta County. 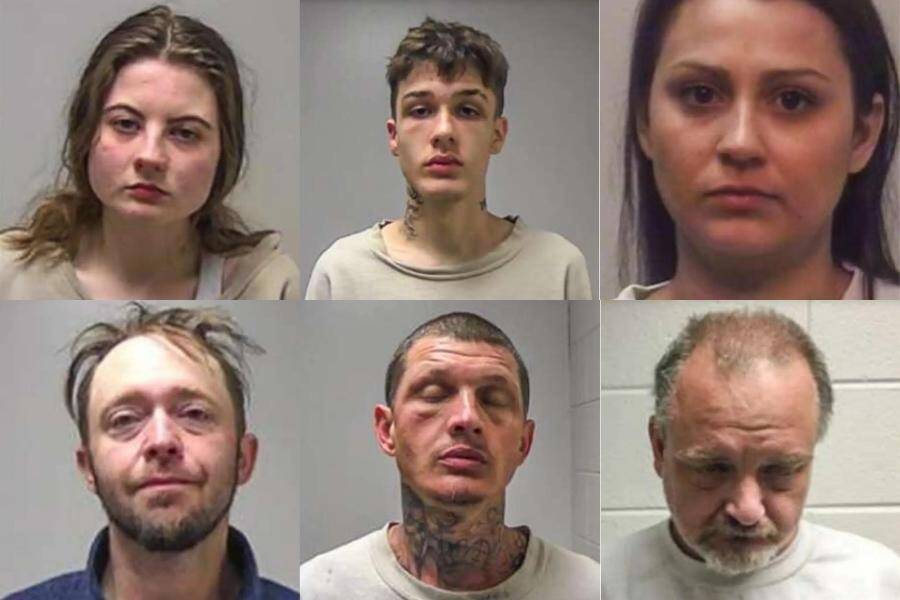 Authorities said the suspected burglars were stashing their stolen goods in the woods and covering them with leaves. The stolen items were widely varied, but included things like orange juice and other food.

One victim contacted police about a potential burglary on Oct. 4 when he returned home around 2 p.m. and noticed his truck had been moved into the garage.

When he went inside his home, he found a maroon Carhartt beanie that didn’t belong to him on the kitchen counter, and saw that someone had tried to pull out his dining room A/C unit. Several other items were missing from his home as well.

“The offenders were burglarizing homes and entering autos in an area close by to where they lived,” Sgt. Toby Nix told the Newnan Times-Herald.

For now, police say the investigation is ongoing and more arrests are possible.

After reading about this bizarre arrest, check out the world’s worst police sketch — and the story of how it actually led to an arrest. Or, learn about the couple who called police to report a robbery and got themselves arrested for possessing 43 pounds of meth.