Gerda Cole was 18 years old when she left her newborn daughter in the care of another family. Against all odds, the pair reunited 80 years later. 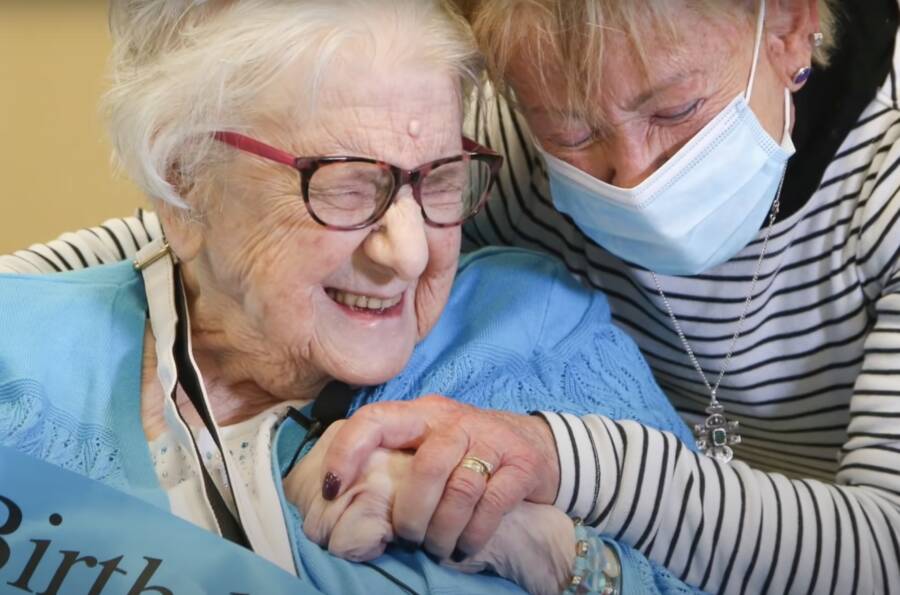 Gerda Cole was a destitute World War II refugee when she placed her newborn daughter in the care of a German couple in England in 1942. Agreeing never to communicate with her child again, the 18-year-old Austrian forged ahead and put her past behind her. On Cole’s 98th birthday, however — the two reunited.

According to the CBC, 79-year-old Sonya Grist thought her mother was long dead. She learned otherwise when her son, Stephen Grist, traced his lineage in hopes of securing European citizenship and reunited with her long-lost mother at the Revera Kennedy Lodge Long Term Care Home in Toronto, Canada.

“The idea that her mother was still alive and she would have the opportunity to meet her was so exciting it just threw us all for a loop,” Stephen Grist told the CBC. “When I told my mother that she was alive, she just said, ‘I want to get on an airplane to Canada right now and give her a big hug.”

On May 7, 2022, that celebratory occasion coincided with Mother’s Day weekend and saw the care home throw a heartwarming party. Cole and her daughter tearfully shared lifelong memories. From global conflicts and marriages to grandchildren and adventures — mother and daughter have only just begun to catch up. 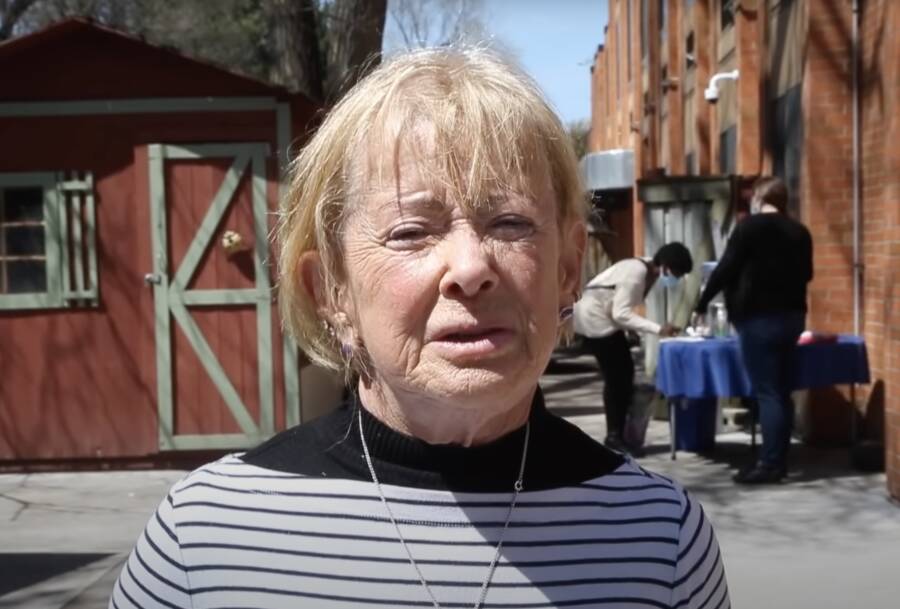 Gerda Cole was a teenager when she fled German-annexed Austria in 1939. She arrived in England as part of the Kindertransport, which brought Jewish minors across Europe to Allied territories. Her mother managed to survive the war, while the Nazis murdered her father. As an only child, Cole tried hard to assimilate.

According to People, Cole was unemployed with few prospects when she delivered Sonya in 1942. She was heartbroken to place her up for adoption but felt she would have a better life with the German family she left her with. While Cole agreed to stay out of their affairs, she couldn’t help but think of Sonya — and wonder.

“I had very limited personal education, and this, combine with wartime, left me no recourse but to have my daughter Sonya adopted under the advice of the refugee committee,” Gerda explained on her birthday. “The condition was not to have any further connection with the child.”

Cole thought about contacting Sonya for years but worried about the emotional devastation this could cause. She wondered if Sonya even wanted to be found. Forging ahead, she worked part-time for Burger King and as an accountant and spent much of her life volunteering at archaeological digs in Israel and Cyprus. 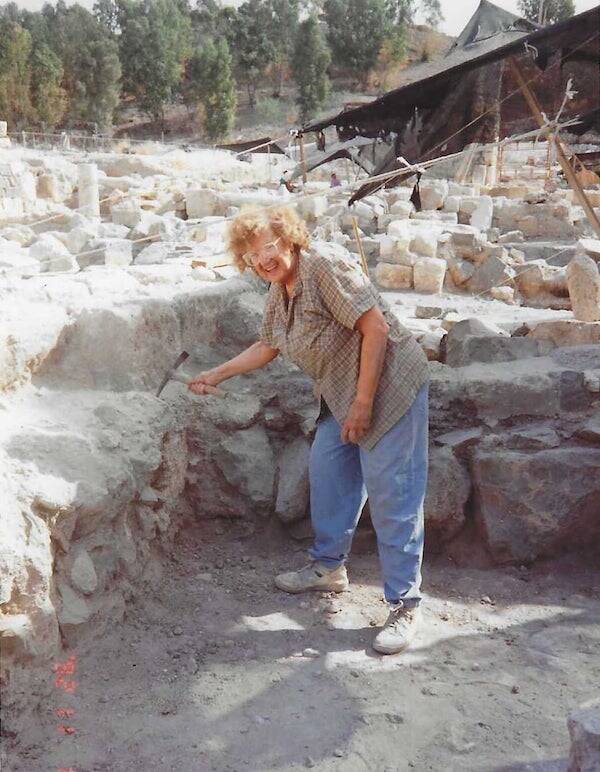 Gerda ColeCole was a passionate archaeologist.

Stephen Grist was mulling over his decision to leave England when he started tracing his roots. He learned his grandparents’ names from his mother’s birth certificate and used genealogical services websites, hoping to find a claim to his European citizenship. However, for that, he still needed Cole’s death certificate.

He learned that his grandmother had been married five times, eventually contacting somebody on Facebook who he believed was one of Cole’s stepsons. It was only when he asked the man for a copy of Cole’s death certificate that the truth came spilling out.

“You won’t find her death certificate,” said the man, “because she’s still alive.”

Stephen Grist was shocked because he had never once considered the notion and knew his mother would be overwhelmed and waited two weeks to tell her. Then, when Stephen contacted Cole in hopes of reuniting, Cole was initially hesitant.

“It’s a big piece of information,” Stephen Grist told The Washington Post. “It took some time for Gerda to come around to seeing that this incident in her past had come back to her.” 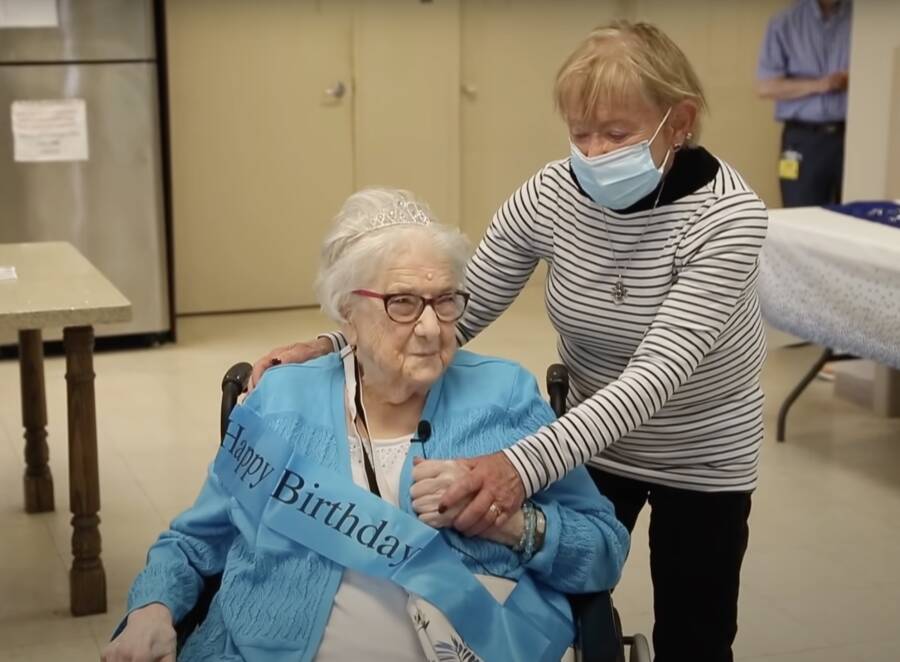 Sonya Grist, who spent her entire life in England working as a tour guide, said that she “completely understood why she gave me up” and bore “no malice, no grudges, no nothing,” according to The Washington Post.

Cole eventually agreed on reuniting, with the Grists leaving London for Toronto on May 6 and meeting Cole for her 98th birthday party the next day — when the care home staff decorated the facility in Cole’s favorite color, blue.

Cole and her daughter found they shared passions, including learning new languages and traveling. They spent the entire weekend in conversation and learning about each other, with Cole stating her daughter “is a little bit of me” — and that seeing her again “was definitely the best thing that has happened to me.”

“I made so many mistakes, and yet she went looking for me and she found me. It was incredible,” said Cole.

“I would love to join their family. Let’s face it: 98 is close to 100. I don’t have too much time left. At this point, there is nothing more I would like than to be together.”

After reading about the Jewish Holocaust refugee who reunited with her daughter, learn about Adolf Hitler’s neighbor Alice Frank Stock. Then, read about Jewish life in Europe before the Holocaust.