It grows to 20 feet tall, burns and blinds you, and only arrived in the U.S. as an ornamental plant. This is giant hogweed. 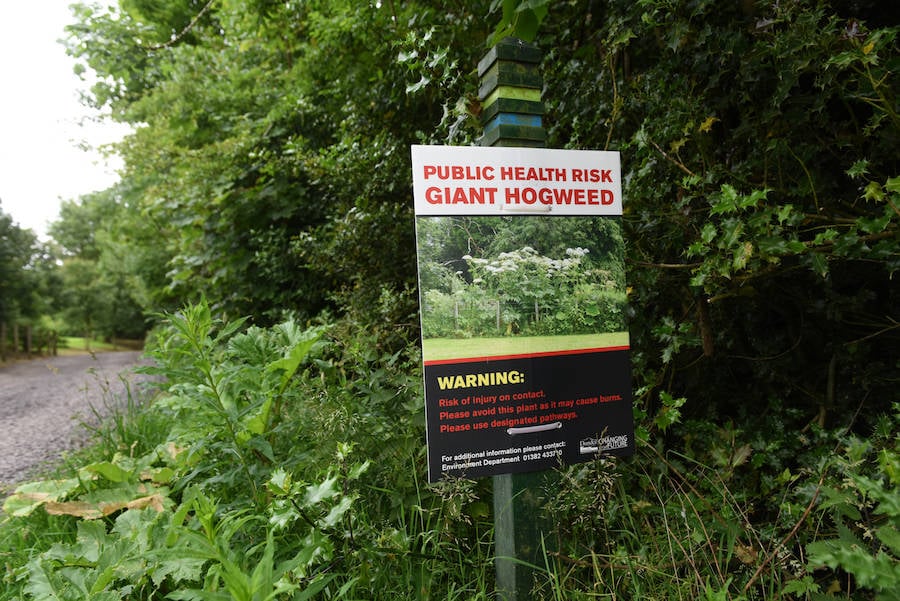 The giant hogweed plant may look harmless and, with its clustered white flowers, even pretty. But looks can be deceiving.

Now, this highly toxic plant is causing a panic in Virginia, where specimens of the invasive giant hogweed have recently been found.

Over the past few days, various authorities in Virginia have reported giant hogweed sightings in Middlesex County, Clarke County, and Isle of Wight County, all in the far eastern portion of the state.

On June 12, 2018, The Massey Herbarium at Virginia Tech warned that 30 giant hogweeds were found in Clarke County. 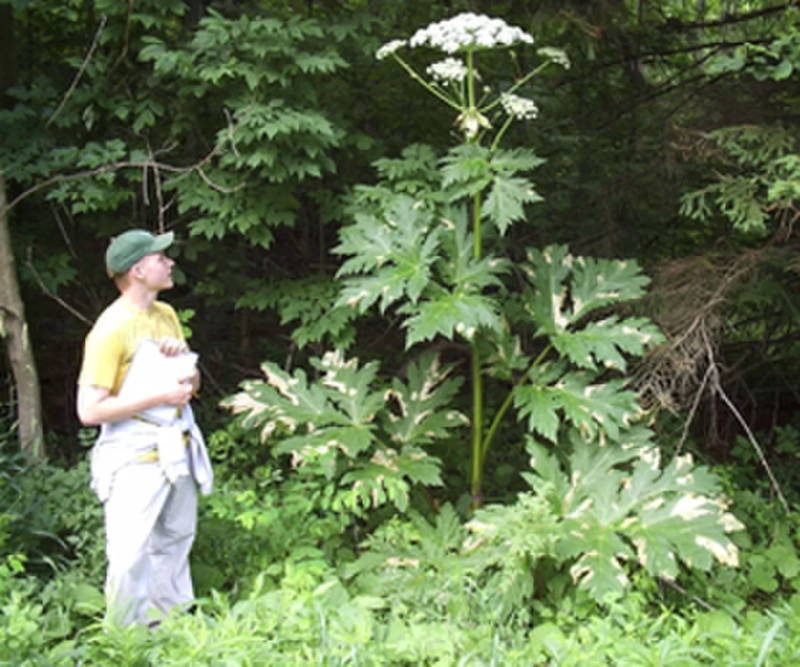 New York State Department of Environmental ConservationA man stands next to a giant hogweed plant, specimens of which can grow to 20 feet tall.

“Giant Hogweed makes Poison Ivy look like a walk in the park,” read the statement from Isle of Wight County.

And that’s no exaggeration. In fact, it’s an understatement. Giant hogweed, which originated in the Caucasus Mountain region of western Asia and can grow between up to about 20 feet tall, can cause third-degree burns and even permanent blindness in humans.

The reason for this is that the plant contains a toxic sap that prevents human skin from protecting itself from sunlight. If you get the sap on your skin, it causes a chemical reaction that leads to extreme sunburns from even normal exposure, a condition that can last for many years.

The sap, located in the stems, also causes blistering and scars in the form of darkened and pigmented skin that reportedly can last up to six years.

“Heat and moisture (sweat or dew) can worsen the skin reaction,” said the New York Department of Environmental Conservation. “The phototoxic reaction can begin as soon as 15 minutes after contact, with sensitivity peak between 30 minutes and two hours after contact.” 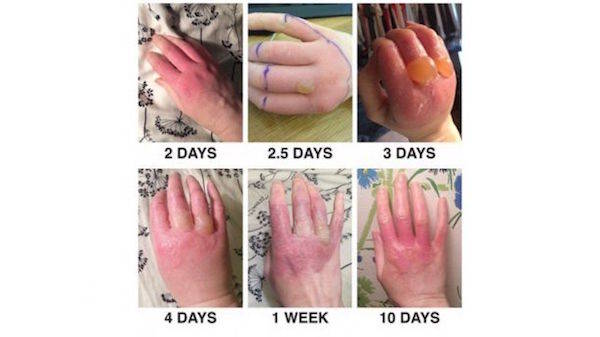 What’s more, the sap is so toxic that if it gets into a person’s eyes, there is the potential for temporary or even permanent blindness, according to the New York State Department of Environmental Conservation.

Environmental officials in Virginia said that there has only been one confirmed case of giant hogweed exposure in Clarke County thus far, but are warning state residents that it could spread to other areas and that they should stay alert for potential sightings.

And it’s not just in Virginia that people should stay alert. Giant hogweed is found in a number of U.S. states, especially in the Northeast and Pacific Northwest (this isn’t even in the first time it’s cropped up in Virginia).

Worse yet, it only arrived in the U.S. as an ornamental plant in the early 20th century. It has since spread throughout much of the country.

States that are aware of its presence make note of its locations and destroy it whenever possible. However, as Virginia officials have now warned, using a weed whacker to remove giant hogweed is not advised because it could cause the toxic sap to splatter. Instead, the plant should either be destroyed with herbicides or pulled up using protective clothing.

Even then, just make sure there’s not a single rip or weak spot in that protective gear — or else you’ll pay dearly.

After this look at giant hogweed, read up on some of Earth’s most terrifying carnivorous plants. Then, discover the horrors of the pitcher plant, deadly enough to eat rodents.