Other apparent victims' remains displayed teeth marks and bones that had been split so the marrow could be sucked out. 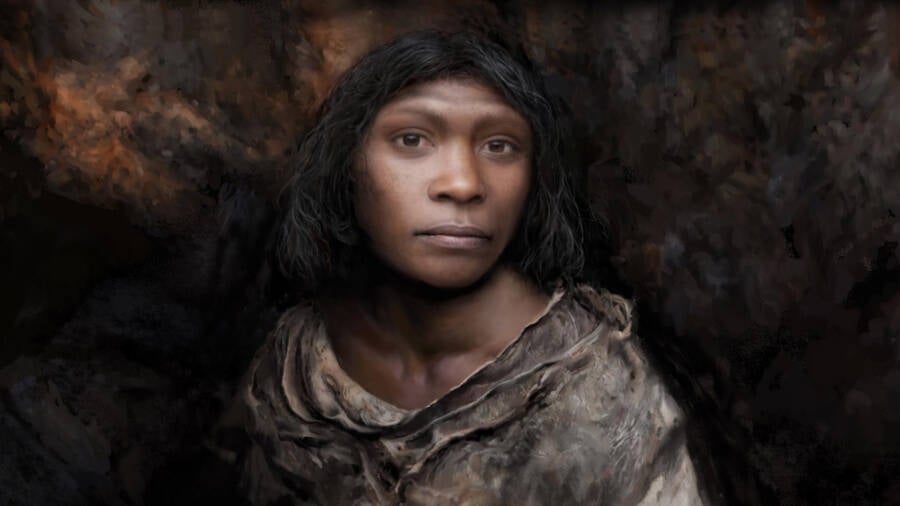 Tom BjörklundA partial face reconstruction of “The Boy of Gran Dolina,” entirely based on the recovered tooth fragments.

The Spanish archaeological site of Atapuerca is famous for containing the earliest evidence in Europe of the species that preceded humankind. It even yielded the nearly million-year-old remains of a whole new species in 1994 — as well as evidence that some of them had been cannibalized. One of those victims became famous as “The Boy of Gran Dolina.” However, new evidence shows that this boy was actually a girl.

The remains were remarkable despite the initial mistake, according to LiveScience. They revealed a new species of early hominins dubbed Homo antecessor, which lived in Europe between 800,000 and 1.2 million years ago. Though the bones and teeth were invaluable, they made it hard to assign a gender — until now.

José Maria Bermúdez de Castro’s 2002 children’s book El Chico De La Gran Dolina cemented the idea that the child was a boy, according to The Daily Mail. With modern technology catching up to scientific curiosity, however, the age-old mystery has now been solved. “The Boy of Gran Dolina” was a nine to 11-year-old girl.

A new study published in the Journal of Anthropological Sciences relied on modern techniques to analyze dental tissue. Led by Cecilia García-Campos of the Centro Nacional de Investigación de la Evolución Humana (CENIEH), it sheds light on Atapuerca’s most complete fossil — and our own biases. 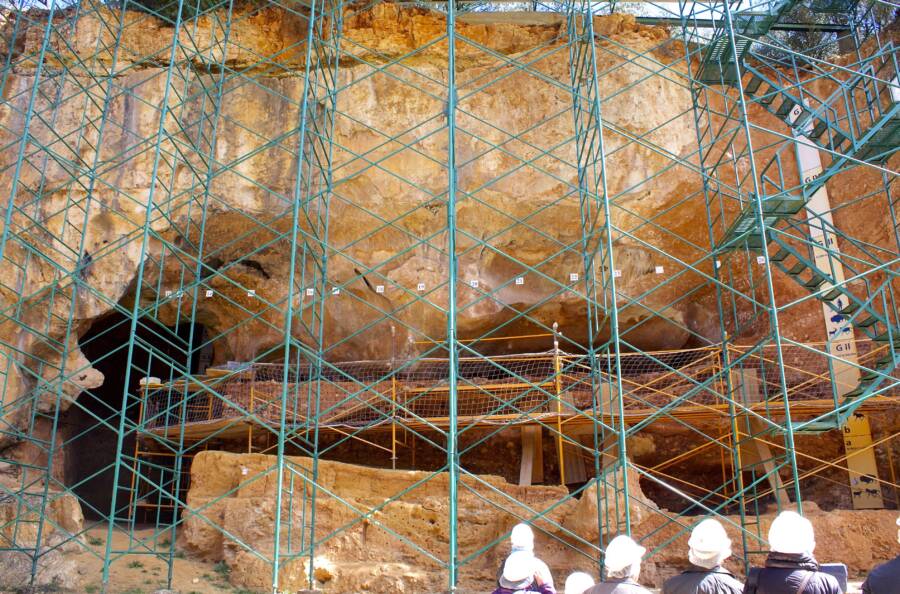 Designated a UNESCO World Heritage Site in 2000, Atapuerca continues to reveal its vast archaeological riches. From the Pleistocene and Prehistoric eras to Medieval times and later, human remains from across the ages are still being found in the mountainous rock. The Gran Dolina cave, however, proved most intriguing of all.

Finding prehistoric bone fragments is naturally quite a discovery on its own, but the Gran Dolina evidence was historic. After all, researchers currently believe that the Homo antecessor was the last common ancestor between us, Homo sapiens, and Neanderthals — before the two split forever.

It’s important to note that the “boy” of Gran Dolina wasn’t the only Homo antecessor found in the cave. It contained the remains of at least 22 individuals — many of whom had been cannibalized, earning it the informal title of a “death cave.”

Those other remains in Gran Dolina also offered telltale signs of cannibalism, including teeth marks — and even bones being cracked to expose the fat and nutrient-rich marrow.

Since they hadn’t reached adolescence by the time they were eaten by rival tribes, gauging their gender was impossible — at the time.

And the “boy” designation was probably a simple product of earlier biases.

“At this time [when the remains were found] it was not known what sex this fossil belonged to, so a male name was chosen, but it could have been a female one,” said García-Campos. 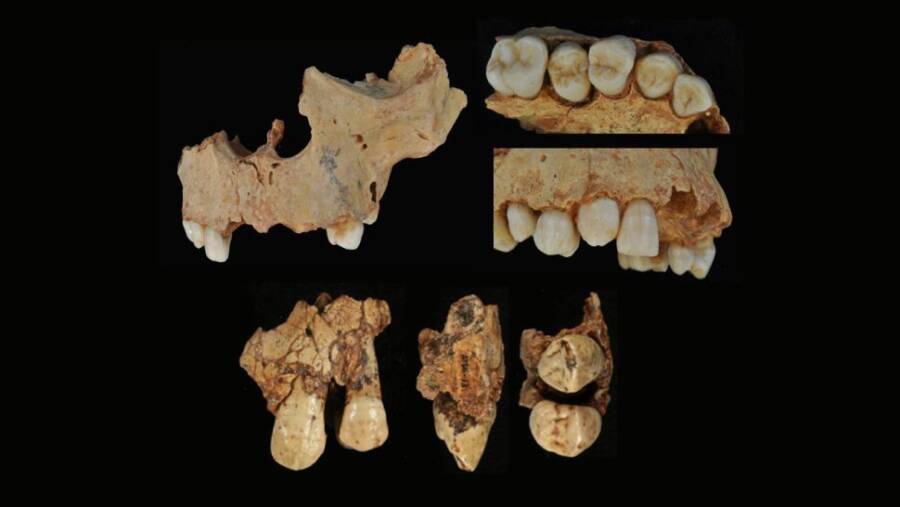 The research by García-Campos noted that specimen H1 and specimen H3 had markedly different canine teeth. This sexual dimorphism was comparable to that in modern male and female teeth, with the group’s dental analysis indicating the two Homo antecessors in question were each of a different gender.

Further, the research undertaken here has opened up doors to new ways of estimating the gender of prehistoric fossils without jeopardizing their integrity. Curiously enough, José Maria Bermúdez de Castro himself contributed to the study, which contradicted his claim — based on prevailing knowledge at the time — that H3 had been a boy.

“To date, we only knew the sex of one tooth fragment, from which enamel proteins were obtained,” he said. “This study conducted by our group now opens up a new and highly reliable way to estimate sex through a non-destructive method.” 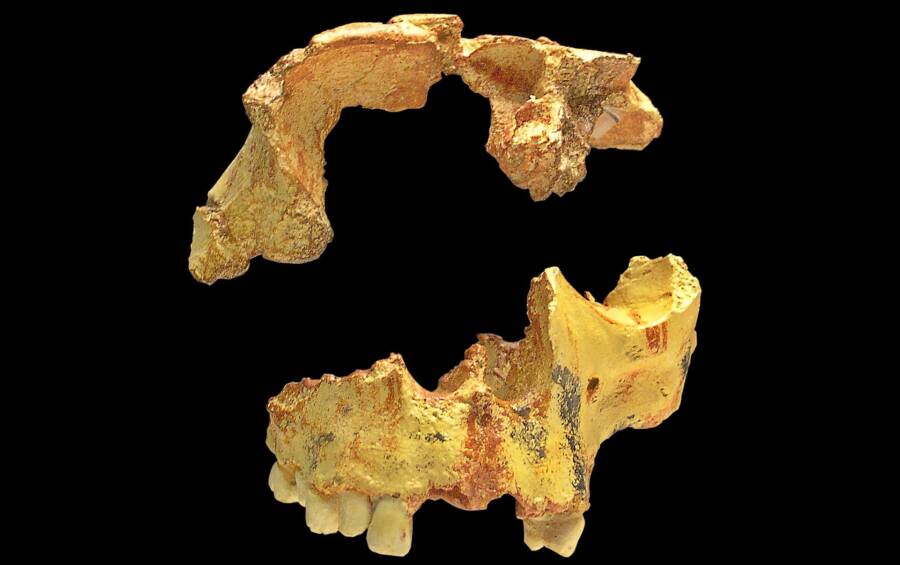 Wikimedia CommonsThe partial skull, comprised of bone and teeth fragments, of the “boy” of Gran Dolina.

Fortunately for researchers like García-Campos and Bermúdez de Castro, teeth are commonly well-preserved at sites like Atapuerca. These particular remains are especially priceless, as the analysis of canine teeth yields 92.3 percent accuracy in determining human sex.

Perhaps most remarkable is that the modern dental analysis allowed for a partial reconstruction of the girl’s face. Experts have found that it had comparable proportions to those of modern girls her age, with modern science yet again bringing the present vividly closer to the past.

After reading about the “Boy of Gran Dolina” mystery being solved, learn about our ancestors interbreeding with the mysterious race of Denisovans. Then, read about these 11 fierce women warriors of the ancient world.