Found in the rainforests of Central and South America, glass frogs are some of the only partially see-through land animals on Earth — and their transparency is their greatest strength.

Glass frogs are unique amphibians with a rather peculiar physical feature: They have translucent skin that makes their insides visible to the naked eye. Simply looking through their underbelly gives a full view of their intestines, lungs, and sometimes even their beating heart.

While this feature might seem like it would make a frog vulnerable to predators, it actually serves as a powerful defense mechanism. From its odd camouflage technique to its unique everyday behaviors, this partially transparent frog is truly something to behold. Let’s take a closer look inside this fascinating creature.

What Is A Glass Frog? 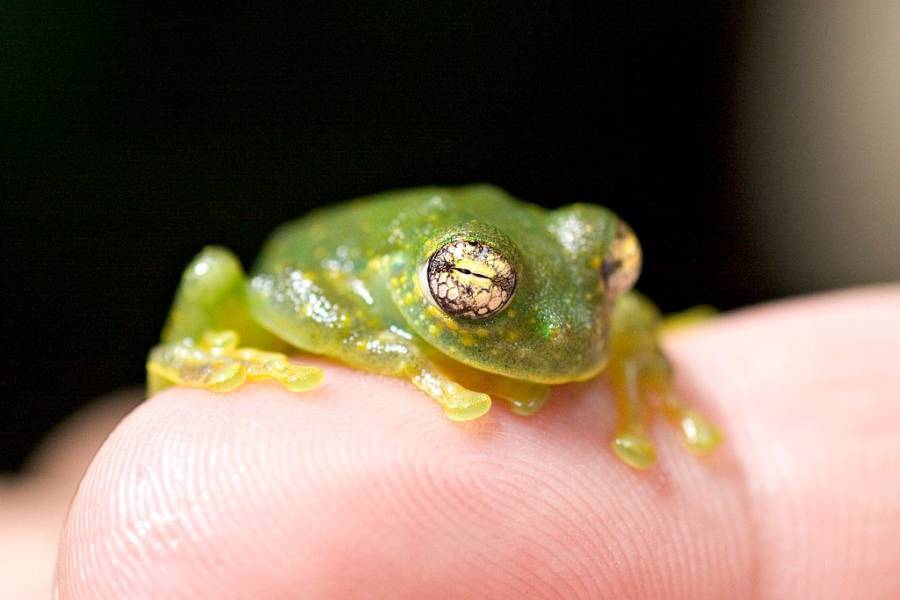 Ken Ross/VW Pics/UIG via Getty Images
There are at least 150 known species of glass frogs in the world.

The glass frog originates from the amphibian family Centrolenidae. There are 150 known species of glass frogs — many of whom have translucent underbellies that make their inner organs visible. The rest of their body is primarily covered by green skin that emits a glass-like effect.

These unique creatures are native to Central and South America and are often found in the rainforests of Panama, Colombia, Ecuador, and Costa Rica.

Transparent frogs typically inhabit the lush vegetation of these rainforests by rivers and streams. They are usually most active at night, preying on insects and various types of spiders.

They might not look intimidating, but male glass frogs are ferocious when it comes to keeping their eggs safe.

When it comes to breeding, the female lays a cluster of eggs called a clutch on the leaves of plants and trees.

The clutch is able to stick onto the smooth surface of the leaf due to a jelly-like substance used by the female to make sure the eggs are safely secured. Once the eggs latch on, the female glass frog leaves and the male goes on guard duty.

The male glass frog is particularly territorial when it comes to guarding its eggs against potential threats. It releases loud squeaking noises meant to ward off predators like wasps and other frogs.

And if the potential intruder doesn’t listen, the male frog will not hesitate to use its flexible limbs to start a fight. In fact, male glass frogs are known to physically kick away predatory wasps that get too close to their clutch.

Why Are Their Bodies See-Through? 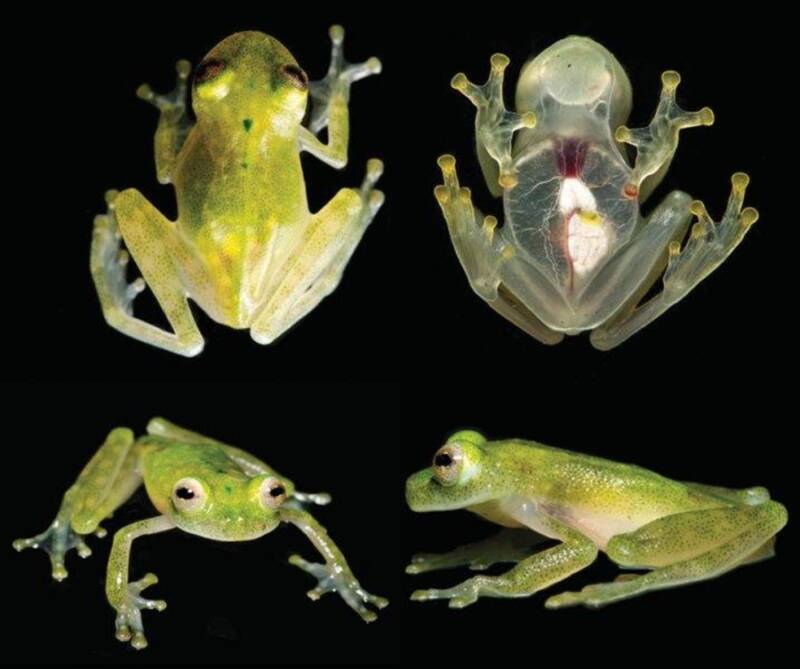 Jaime Culebras et alEcuador’s Hyalinobatrachium yaku is one of only a few transparent frog species with a visible heart.

The translucent skin is by far the most distinctive feature of the glass frog. Indeed, glass frogs are the only known land animals with a partially see-through body on Earth (with the possible exception of glasswing butterflies).

But why do glass frogs have translucent skin? Scientists have long been enamored by this characteristic of see-through frogs who, unlike their opaque-skinned cousins, seem to deploy a puzzling defense mechanism using their translucent bodies.

In 2020, a study finally revealed how their unique skin is used as a natural method of camouflage. 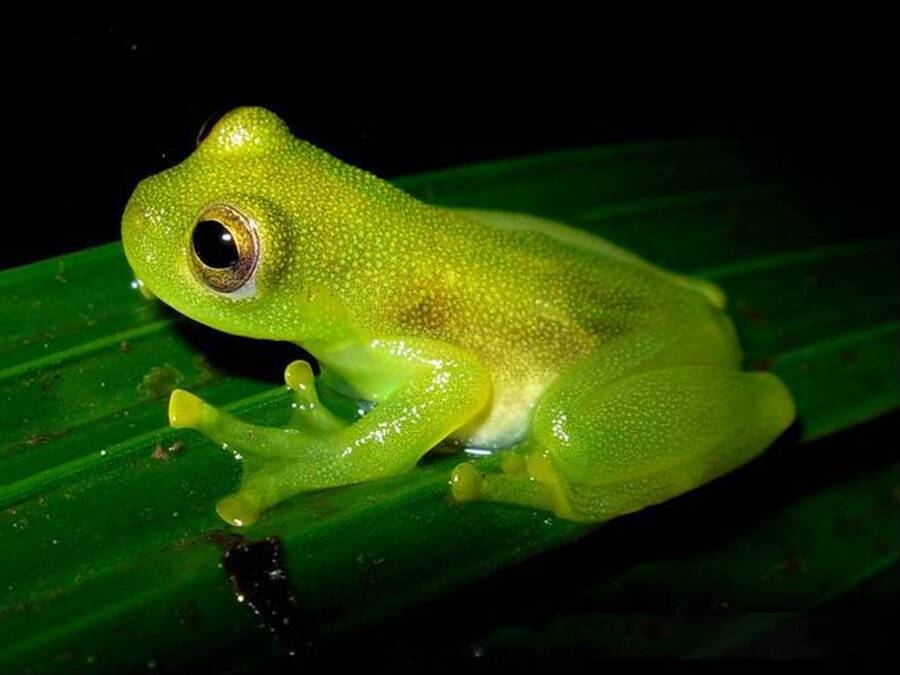 “Camouflage is very widespread and incredibly diverse,” said James Barnett, a frog researcher at Canada’s McMaster University and lead author of the study. “Two of the most common strategies are ‘background matching,’ where a pattern replicates the surroundings, and ‘disruptive coloration,’ where high contrast patterns create unrecognizable shapes that hide the animals’ outline.”

He continued, “Being transparent is usually thought of achieving camouflage in a similar manner to background matching. We found that glass frog translucency works in a different way, that is more akin to disruptive coloration, but which is conceptually distinct.”

The team tested the camouflage technique through three different experiments, which led to a few insightful findings about these see-through frogs.

The study found that porcelain skin can adapt to become brighter or darker to blend in with their surroundings. They also found that the frog’s legs were more translucent than its body, which helped diffuse the outline of its silhouette and shield it from the gaze of predators.

“Visual systems are very sensitive to edges where two different colors meet, and thin, highly contrasting edges are particularly conspicuous,” Barnett said. “By having translucent legs and resting with the legs surrounding the body, the frog’s edge, where it meets the leaf, is transformed into a softer less contrasting gradient, blending the frog and leaf together more smoothly.”

This distinct method of camouflage exhibited by the glass frog is a unique characteristic that highlights the wonders of nature — and this creature’s one-of-a-kind features.

After learning about glass frogs, read about the amphibian doomsday fungus that experts are calling the most deadly pathogen known to science and then meet the desert rain frog, the squeaky amphibian that broke the internet.