Hyalinobatrachium yaku, a new species of glass frog, has such clear skin that researchers can observe its tiny heart beat through its chest. 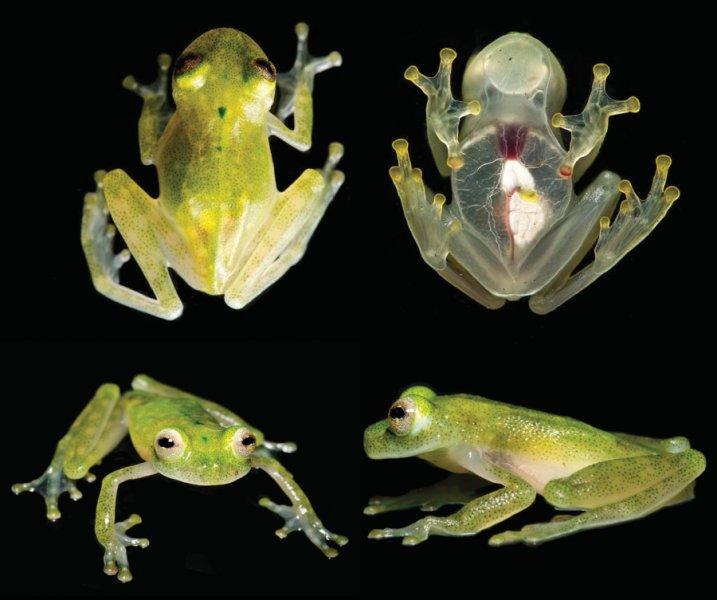 There are 150 species of glass frogs — but researchers announced this week that they may have discovered the coolest one yet.

Though many of these tiny amphibians have see-through skin in parts — providing a view of their organs, bones, blood vessels, and even the eggs inside females — the new Hyalinobatrachium yaku is the clearest yet.

At just two centimeters long, its skin is more translucent than most and in a bigger patch on its chest, which makes its teeny tiny heart clearly visible as it beats. It also helps that the heart is colored — unlike some of the creatures whose white hearts are more difficult to spot.

“I work with frogs every day and this is one of the most beautiful species I have ever seen,” Juan Guayasamin, a researcher at the Universidad San Francisco in Ecuador, told New Science.

The frog — named “yako,” meaning “water,” in honor of the slow-flowing streams it uses for reproduction — also stood apart due to the distinctive dark green spots on the back of its head.

Researchers were able to track down three different populations of H. yaku in the Amazonian lowlands of Ecuador, largely by listening for its abnormally long call.

Along with their nifty skin, glass frogs are known for their interesting reproductive habits. Eggs are laid on the undersides of leaves hanging small rivers and streams. The male glass frogs normally hang upside-down, guarding the eggs until they hatch and drop into the water below.

Though two of the newly discovered populations displayed this trait, the third, oddly enough, was found 90 feet from the nearest waterway. Differences like these will likely help researchers “understand the evolutionary pattern that led to frogs being glass-like,” the report said. 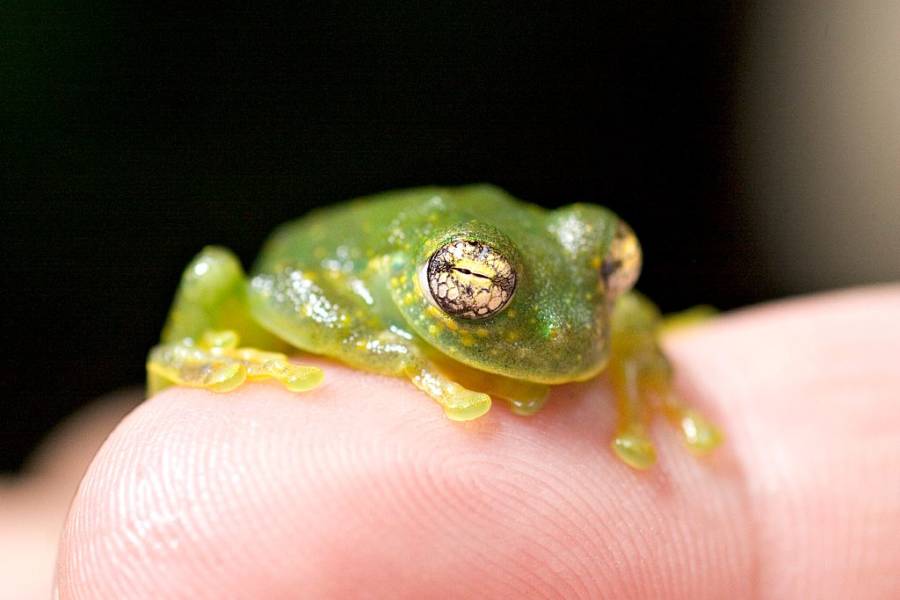 Between 100 and 200 new species of amphibians have been discovered every year since 2005, according to the International Union for Conservation of Nature. But that doesn’t mean the populations are growing. In fact, experts warn that the beautiful H. yaku may already be endangered — though it was only discovered this spring.

“We do know…that its habitat is rapidly disappearing,” Paul Hamilton, the founder of Biodiversity Group, told New Science. “We hope that discoveries like this glass frog can help raise awareness of what more there is to be lost with continued fossil fuel extraction, apart from what we already know about climate change.”

To learn more, check out these incredible glass frog videos:

Next, read about the “extinct” venomous snake recently rediscovered in South Africa. Then, check out the fangblenny, a tiny new fish that injects predators with opioids.