Vatican Rules The Body Of Christ Cannot Be Gluten-Free

A gluten-free mass is apparently a Jesus-free mass. 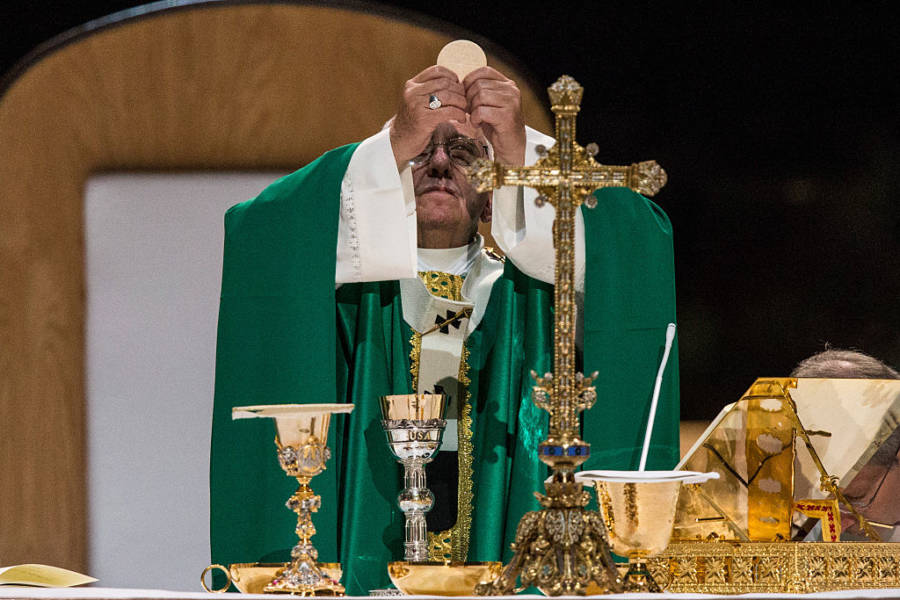 If you’re a Catholic on a gluten-free diet, you’re going to need to give up a lot of the best foods. Traditionally prepared pizza, pasta, tacos, and dumplings are a no — as well as Jesus, apparently.

Turns out, the Lord and Savior’s body needs to have some gluten to work its magic, according to a recent directive from Pope Francis.

The Pope’s clarification came in response to a growing trend of selling and buying the Eucharist products from companies not directly affiliated with the Church — like “supermarkets and other stores and even over the Internet,” the Pope said.

To avoid any confusion that might lead to an illegitimate communion experience, the powers that be wanted to clear up exactly what should be eaten at mass.

The bread has to be unleavened, wheat, and recently made.

“It is a grave abuse to introduce other substances, such as fruit or sugar or honey, into the bread for confecting the Eucharist,” a letter from the Vatican reads.

It also needs to have at least a little bit of good, old-fashioned gluten.

“Hosts that are completely gluten-free are invalid matter for the celebration of the Eucharist,” the letter goes on. “Low-gluten hosts (partially gluten-free) are valid matter, provided they contain a sufficient amount of gluten to obtain the confection of bread without the addition of foreign materials and without the use of procedures that would alter the nature of bread.” 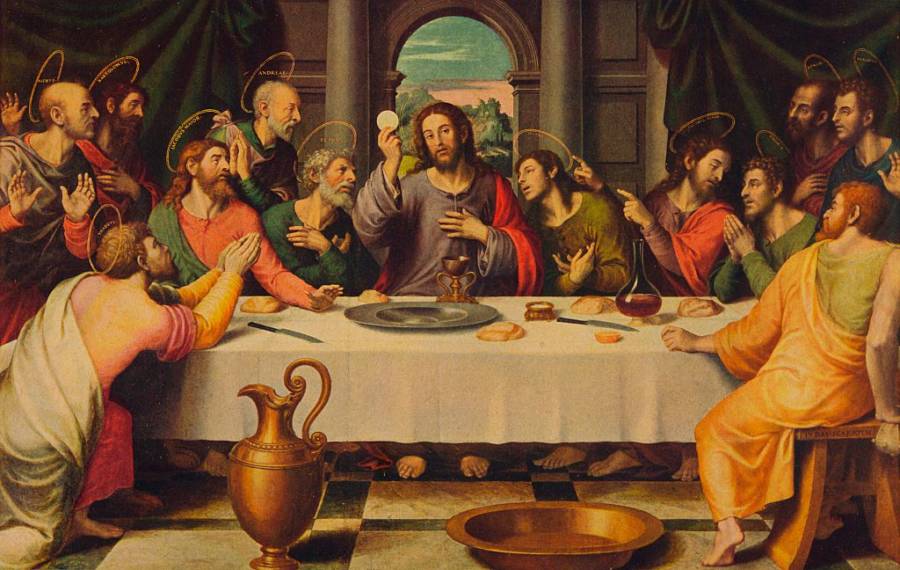 Unlike most branches of Christianity, Catholics believe that the red wine and thin wafers they consume at the alter are literally the body and blood of Jesus. The Lord’s supper, they say, is transformed under the priests’ blessings in a process they refer to as “transubstantation.”

For it to work, the bread has to be just so.

This really shouldn’t be a big deal, since as the National Institutes of Health reports, only about one percent of the world’s population has celiac disease (the only known medical affliction that would actually make someone gluten intolerant).

But about 15 years ago, Americans started to fear this mostly harmless protein — a bond of glutenin and gliadin molecules which is partly responsible for the chewiness or fluffiness in your favorite baked goods — and the trend has spread from there.

The gluten panic began when health trendsetters started blaming it for everything from stomach pain to asthma to schizophrenia. Neurologist David Perlmutter went so far as to accuse the protein of being “one of the greatest and most under-recognized health threats to humanity.”

By 2014, about a third of American adults were trying to eliminate gluten from their diets.

Admittedly, there has been a bump in celiac disease over the last fifty years and a change in how our foods are made. But most experts think gluten is shouldering way too much of the blame for why food makes us feel so bad.

“Everyone is trying to figure out what is going on, but nobody in medicine, at least not in my field, thinks this adds up to anything like the number of people who say they feel better when they take gluten out of their diet,” Joseph A. Murray, the president of the North American Society for the Study of Celiac Disease, told The New Yorker. “It’s hard to put a number on these things, but I would have to say that at least seventy per cent of it is hype and desire. There is just nothing obviously related to gluten that is wrong with most of these people.’’

Maybe this is why the Pope isn’t making concessions in his kitchen for parishioners jumping on the gluten-free train.

Next, read about the parents facing charges for killing their baby with a gluten-free diet. Then, read our story on the infant remains discovered in the sewer system of an old Catholic home for unmarried women.