Vintage Photos From The Golden Age Of Air Travel

After World War II, commercial air travel exploded as a luxurious and exciting new way to fly -- but it wasn't cheap. 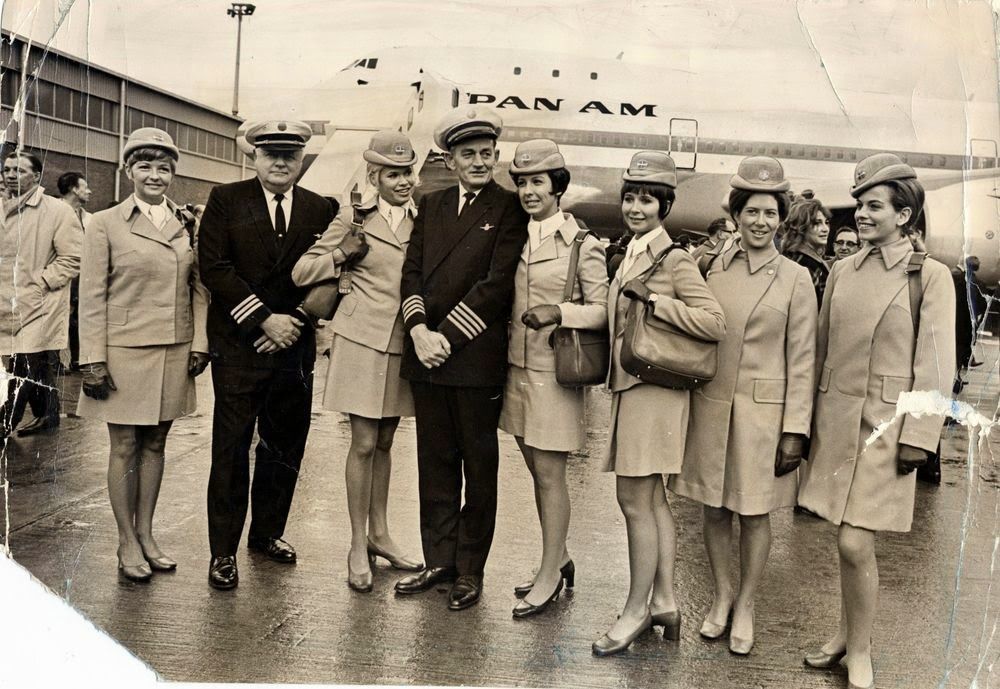 Stewardesses and pilots pose for a photo before boarding.

In the years after World War II, the United States was flying high, and the so-called Golden Age of air travel is a testament to that. Airline technology became more streamlined, and airliners pampered customers to the point where it did actually seem as if they were king.

Comfort and luxury were of paramount importance (if you could afford it), and there is no better evidence than these photos: 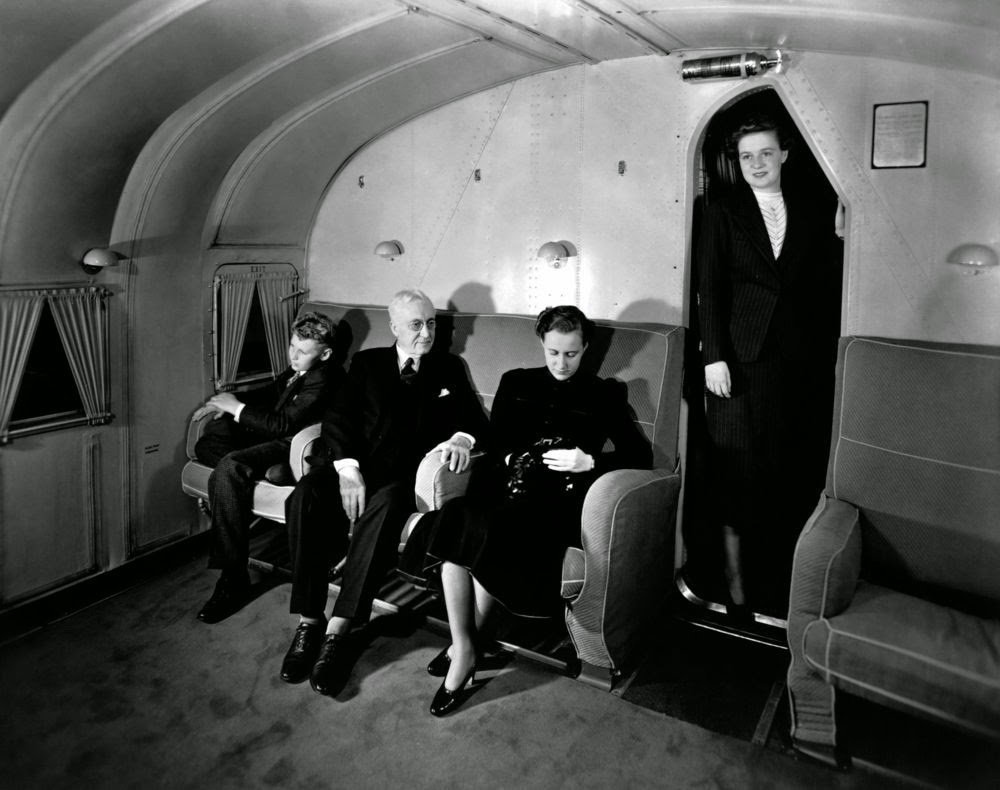 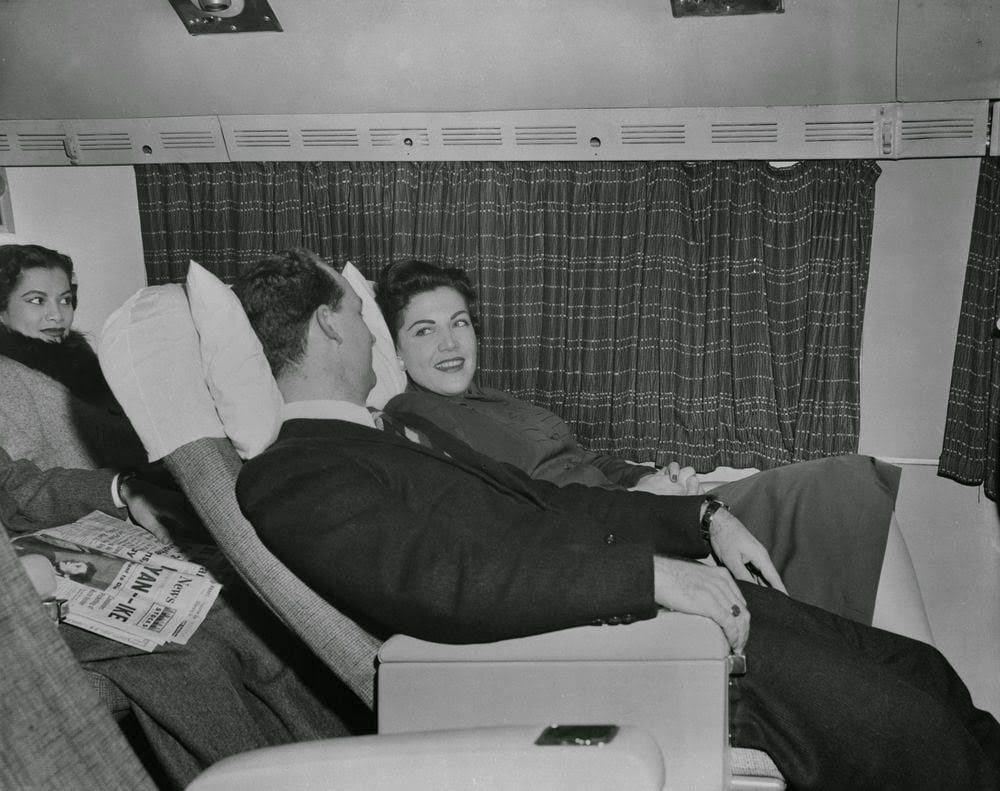 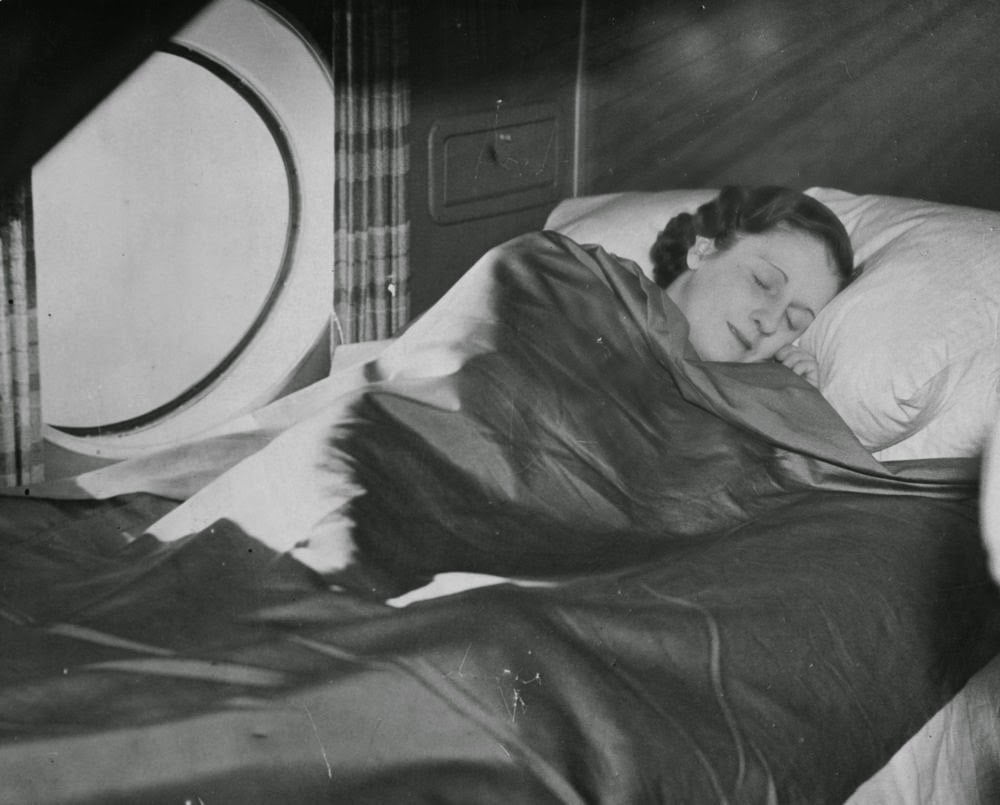 A comfortable place to catch a nap on an early airliner. 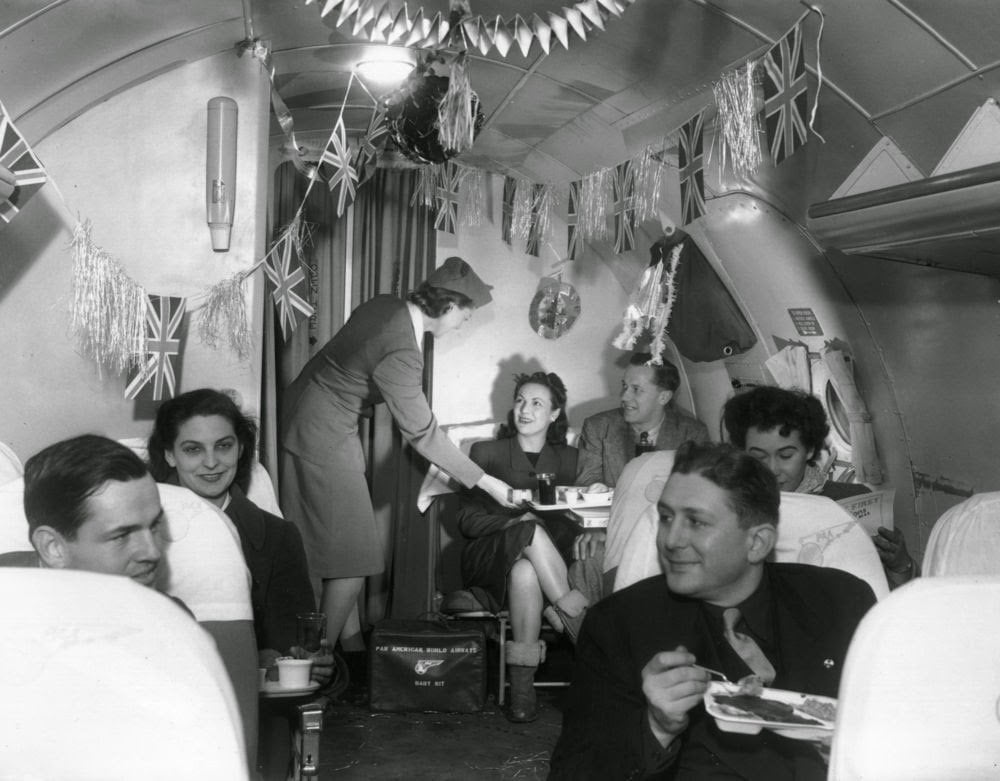 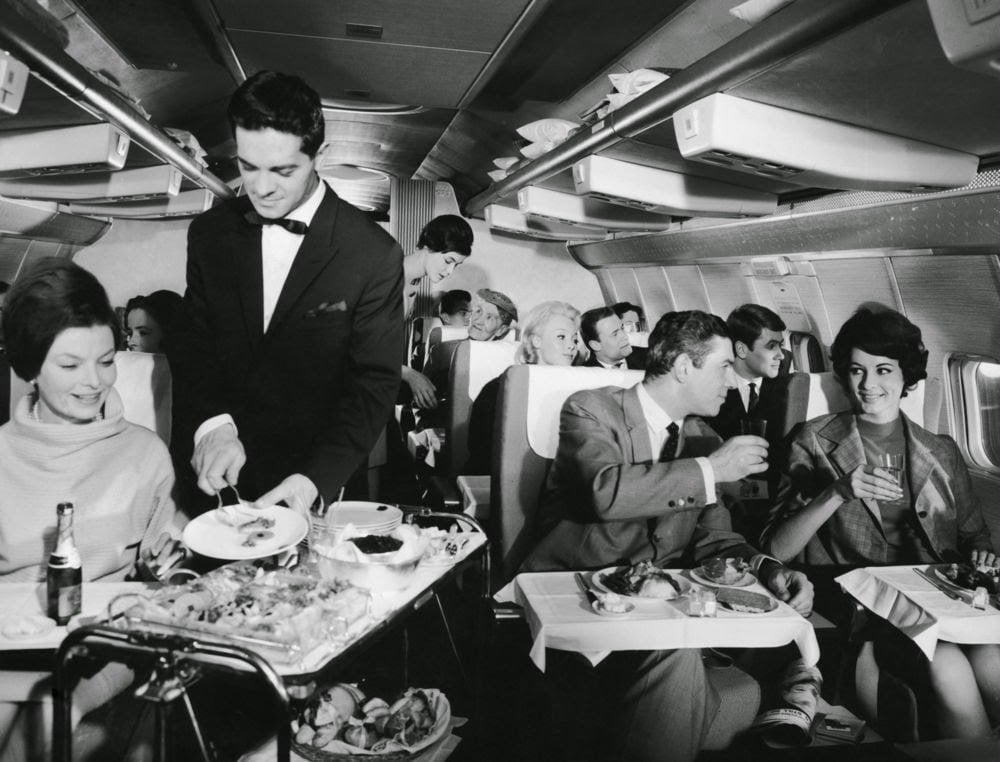 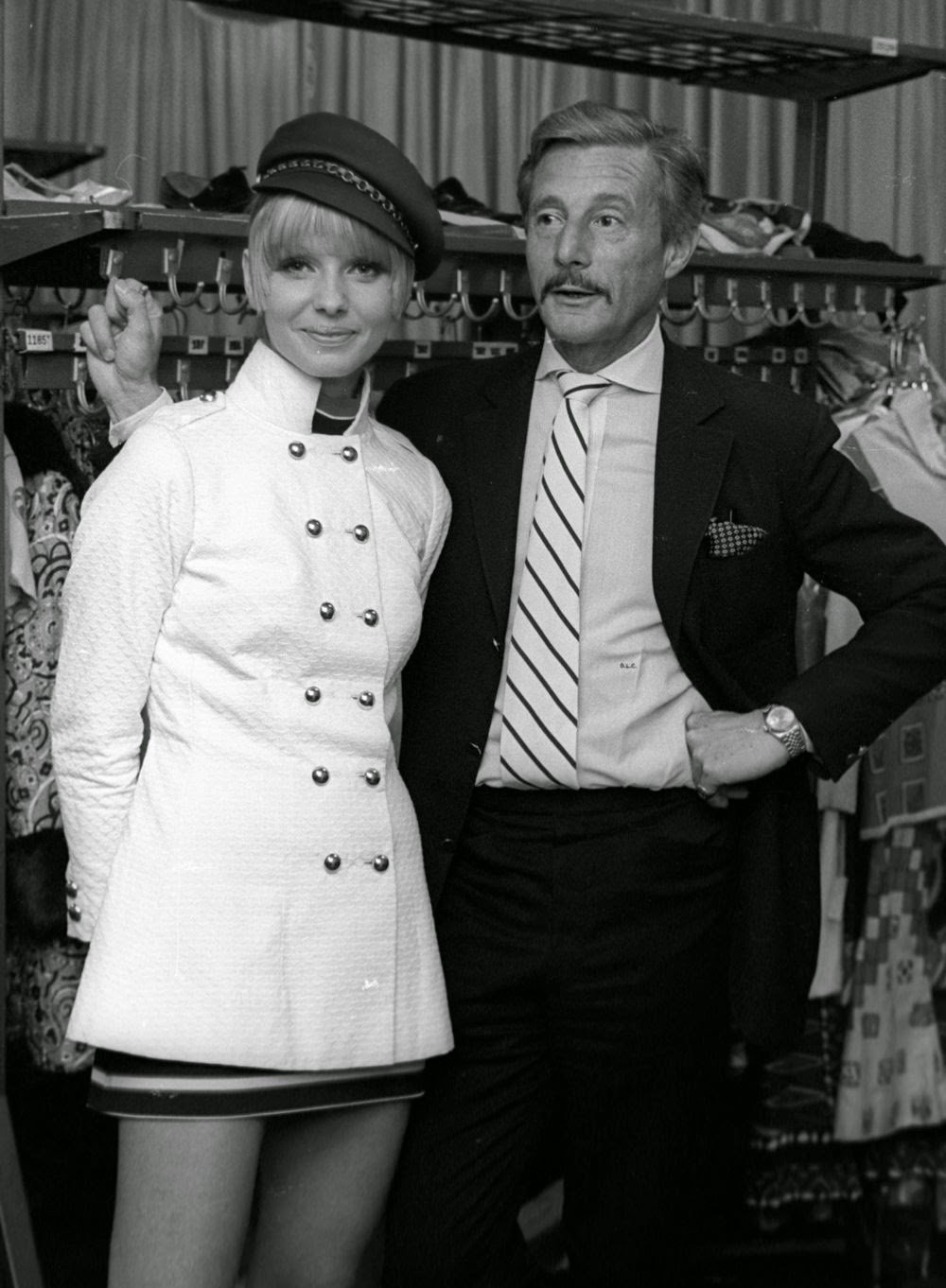 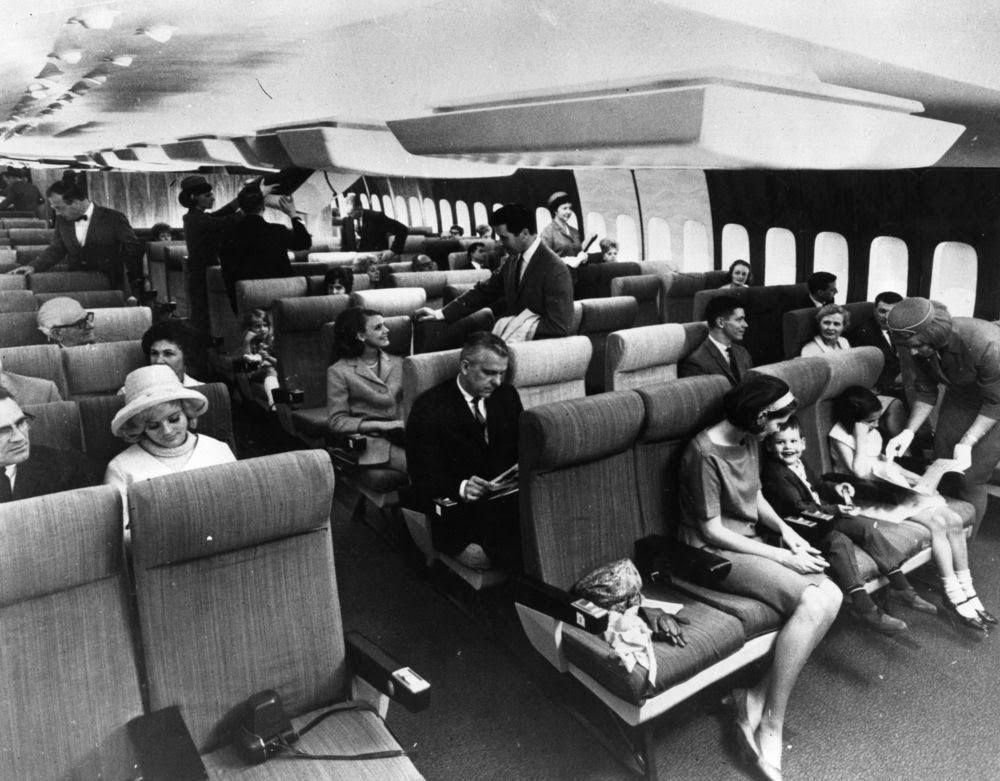 Kids on an airplane in the early days of air travel, 1960s. 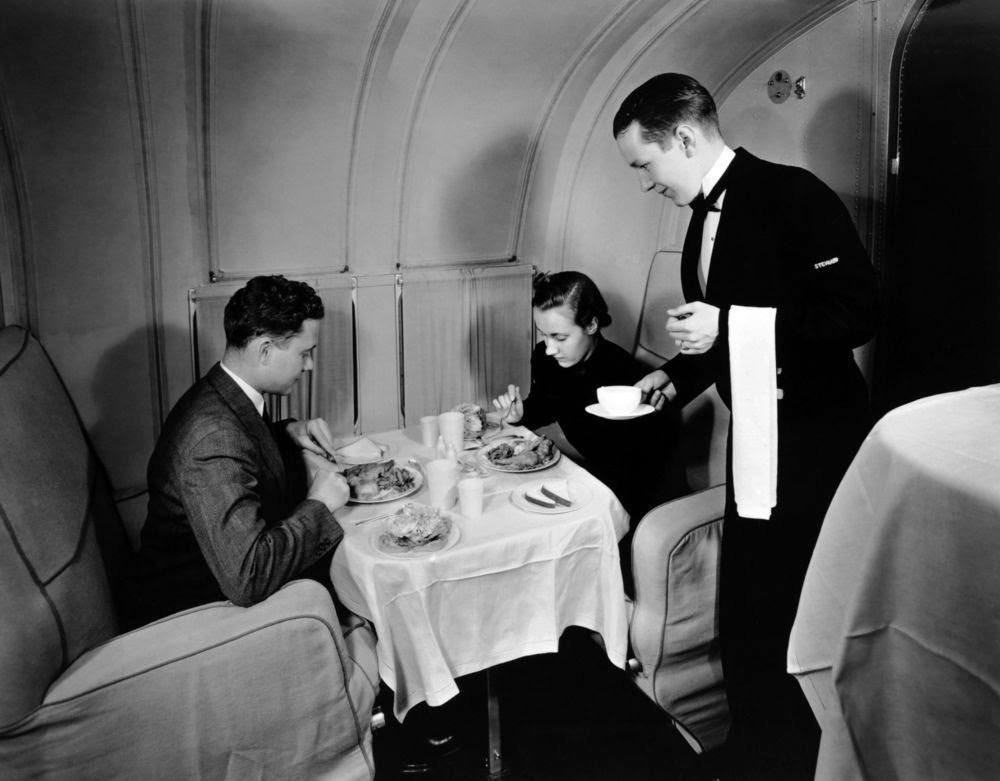 A waiter takes drink orders in the air. 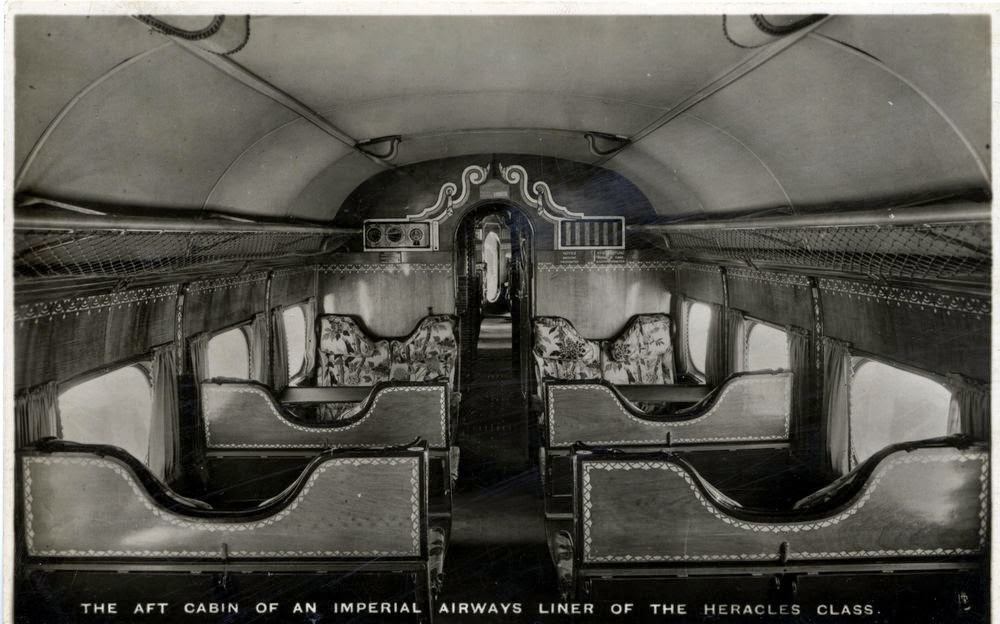 The palatial interior of an early commercial airliner. 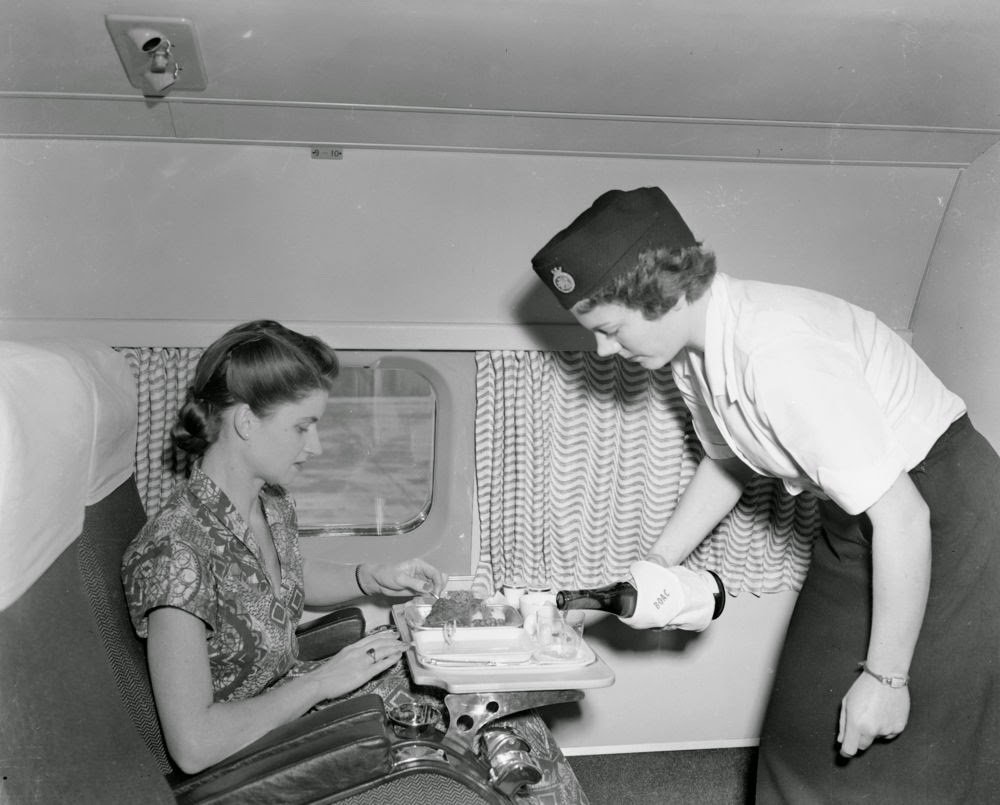 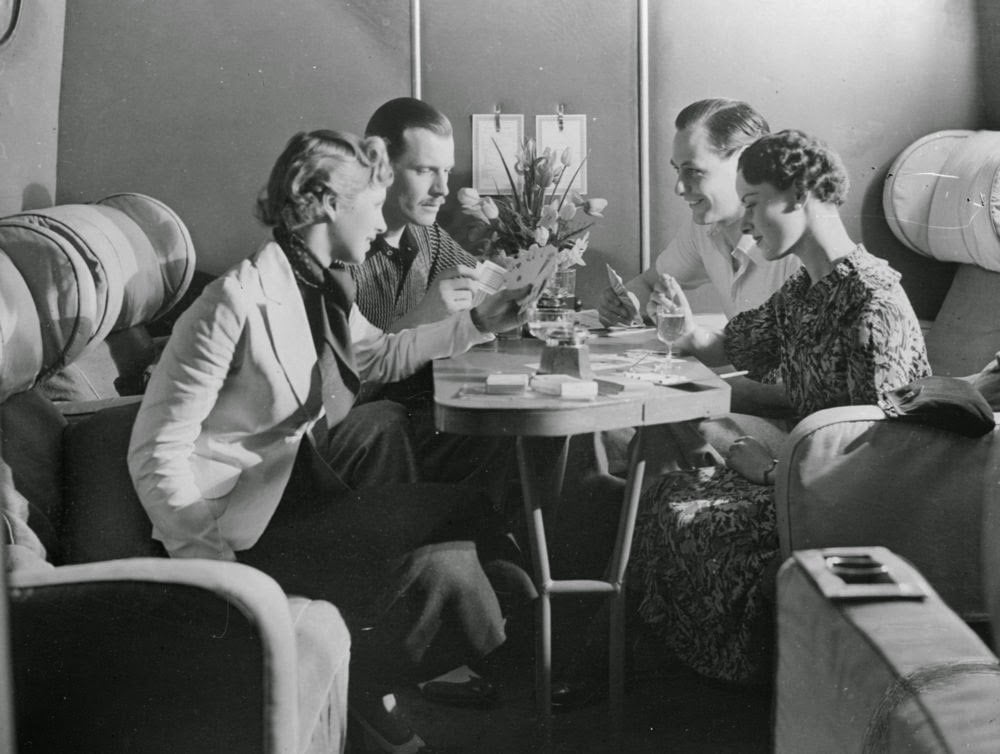 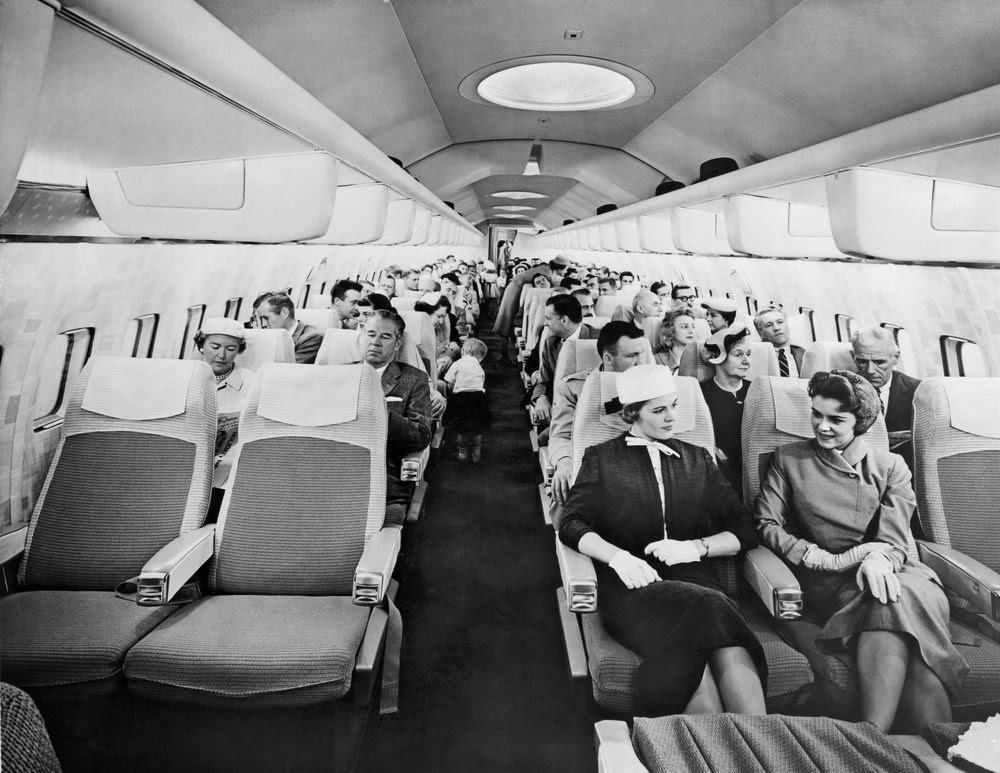 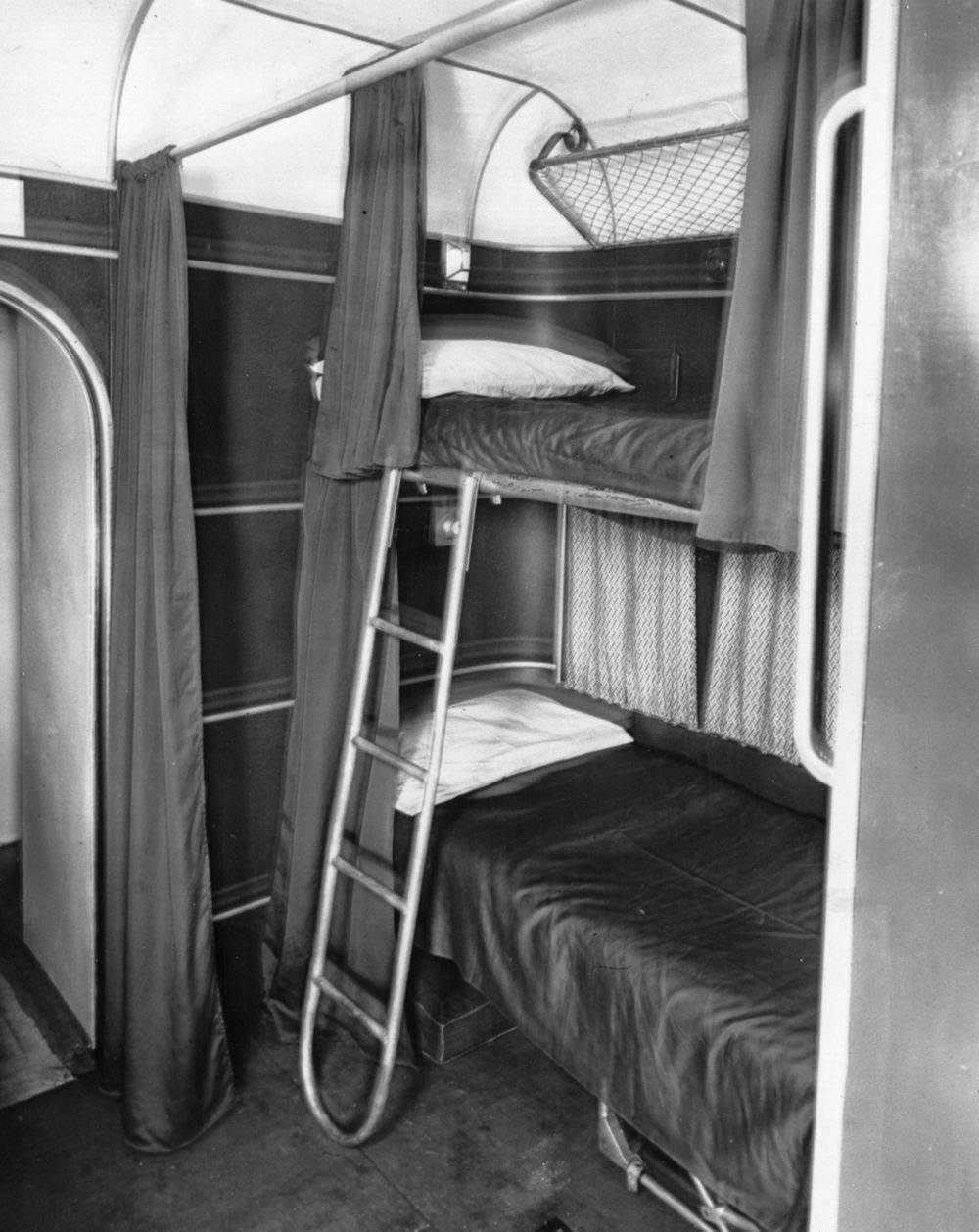 Some early airliners had bunkbeds for air travelers. 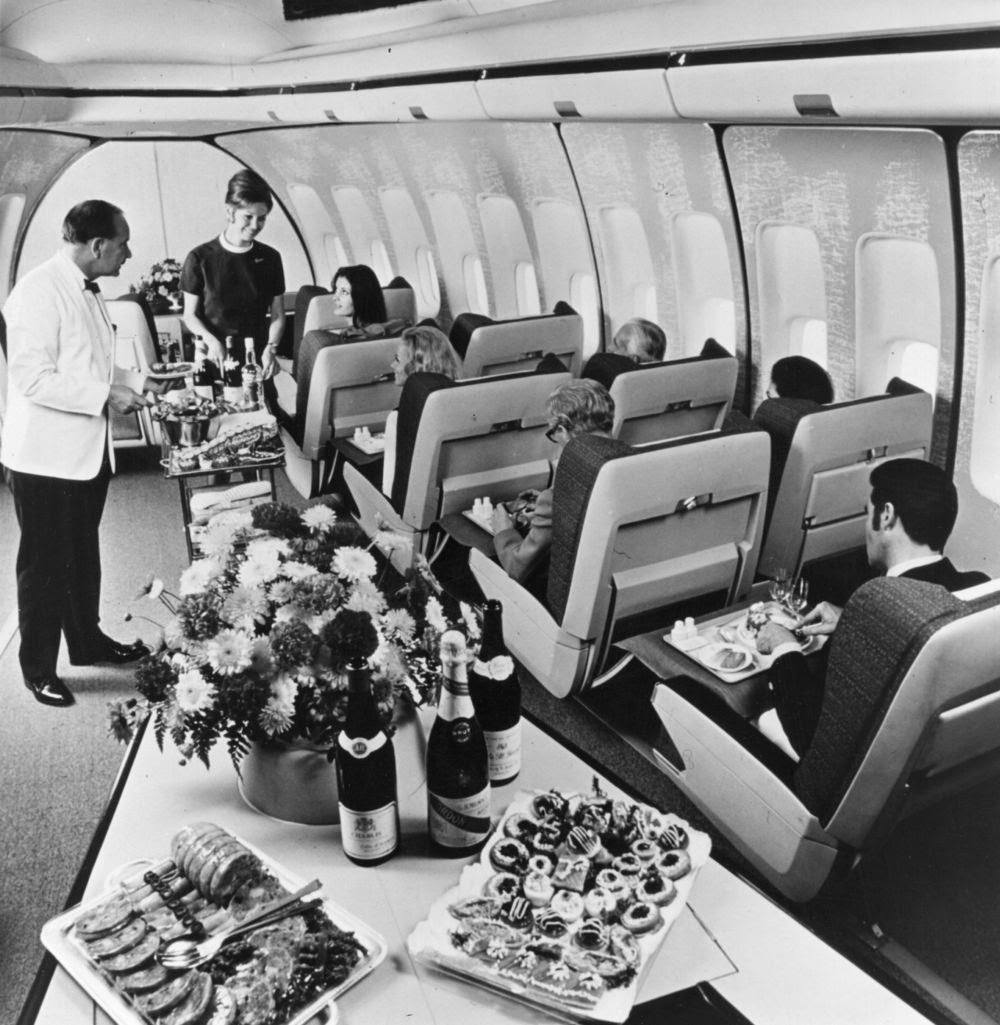 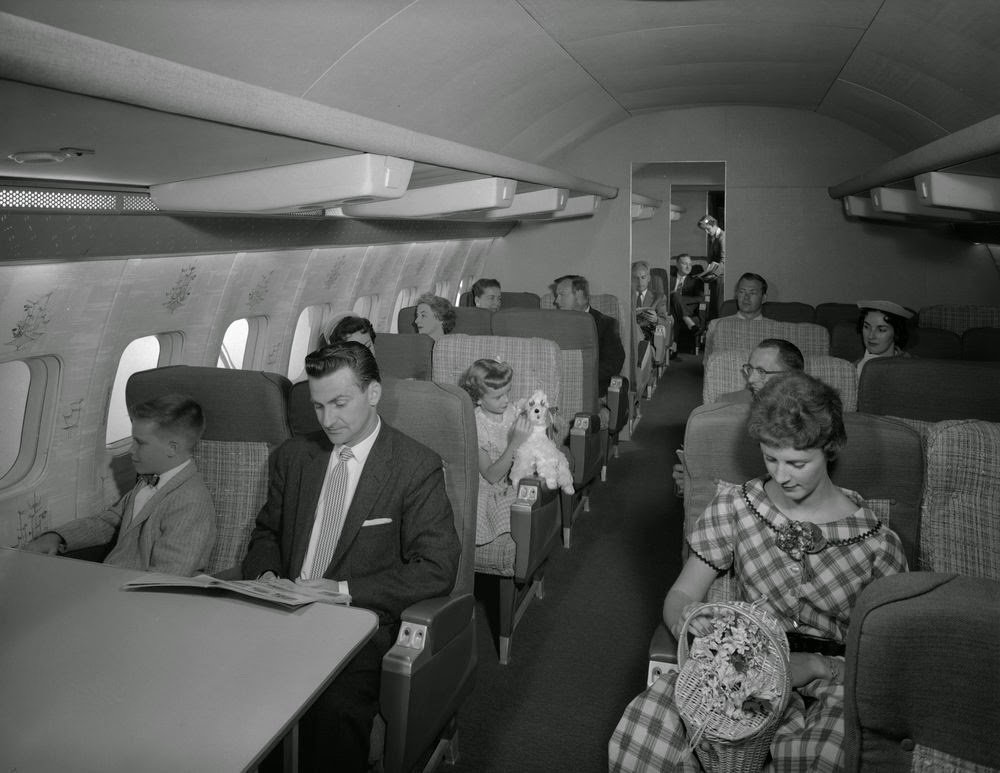 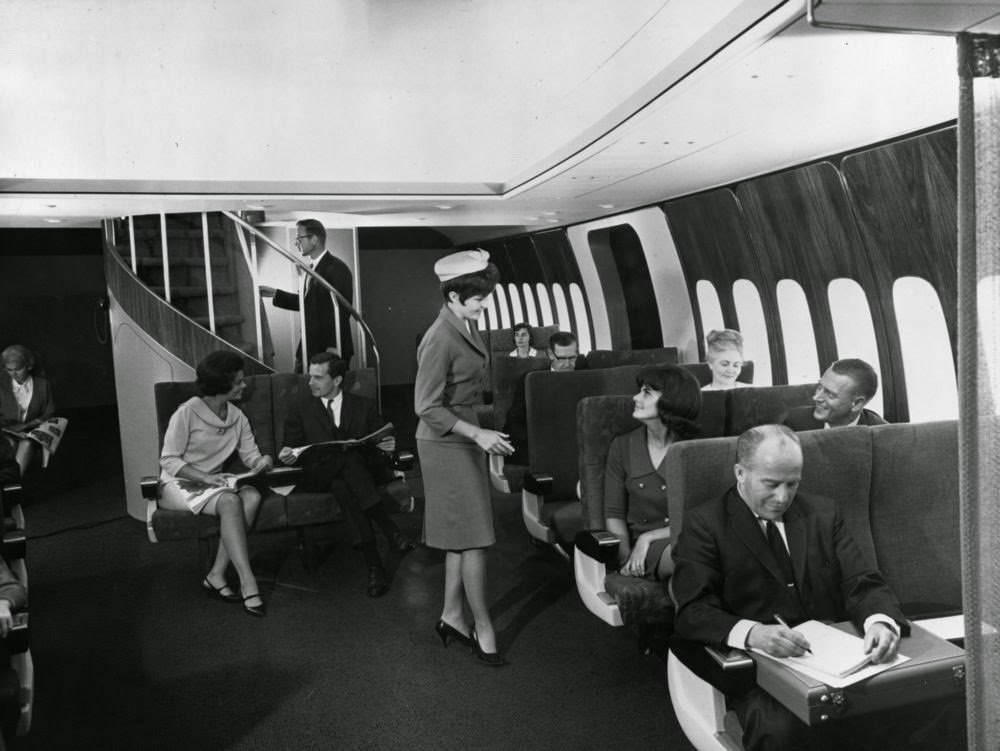 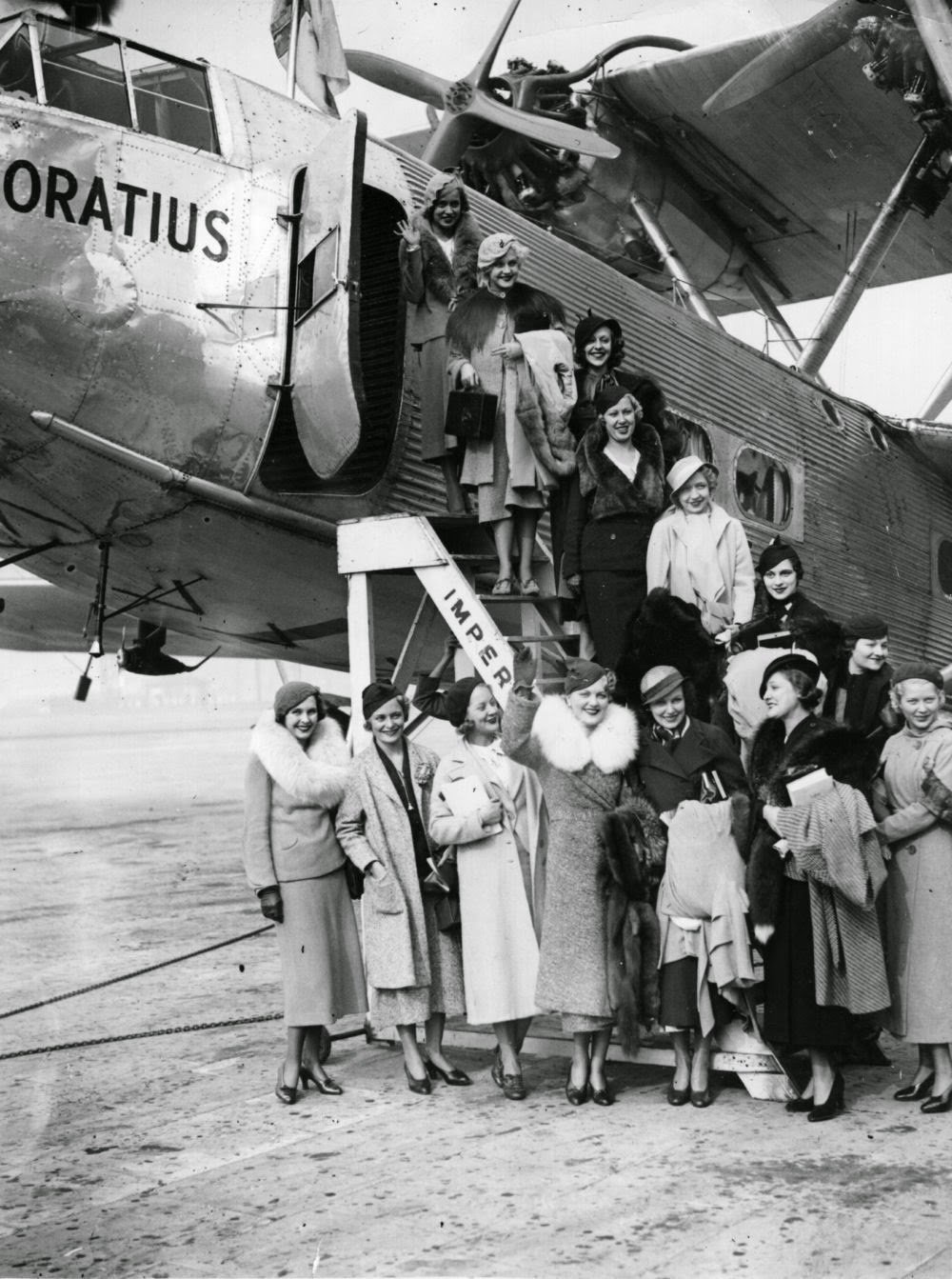 Ladies in fur prepare to board.

The planes of yesteryear had palatial interiors and offered gourmet meals and champagne service to their patrons. Today, airline service is more affordable (and certainly safer) for Joe Schmoe, but perhaps at the cost of comfort. What caused the "Golden Age" to turn to rust at the end of the '70s?

According to William Stadiem--who recently released a book on aviation's glory years--it has to do with deregulation. Said Stadiem, "with airline fares and routes regulated by the government, airlines had to cater to passenger whims to get their patronage, which led to all types of bells and whistles in the service."

But when President Carter ushered in an era of deregulation, "Everybody was trying to cut each other's throats by cutting costs. That planted the seeds for the cattle-car experience we have now. Even flying in the '80s was a hell of a lot better than it is today. It'll never go back to the way it was."

But to others, what we lack in service we gain in choice. As self-proclaimed "aviation geek" and airline employee Anthony Toth says:

"A lot of people like to give the industry a bad rap because service has declined, but there are more choices today than ever. In the '70s, if I wanted to go from L.A. to New York, I basically had two flight choices. Fly Pan Am at 8 a.m. or TWA at 10 a.m. Look at where we are today, there are 25 choices, maybe. You don't get those awesome branding elements. Now, it's all about price and schedule, and those aren't sexy things. But you can sure get to where you are going a lot faster."