Where Did The Google Name Come From?

The history of the Google name can be traced back to a typo, an incredibly large number, and a nine-year-old boy.

Google is one of the biggest tech companies in history. Its impact on our daily lives is so huge that “to google something” has entered the language as a verb. If all the unique web pages in Google’s index were printed out, they would cover North America with a layer of paper five sheets thick. And if Google were a country, it would be the 70th richest country on the planet.

Of course, those figures are even more amazing when you consider that Google has only been around since 1998. And when Google’s founders, Larry Page and Sergey Brin, started the company, it’s hard to imagine they had any idea how big it would eventually be. After all, in 1997, Google still needed a name.

The Google name itself is actually a misspelling of “googol.” And a googol is a mathematical term meaning “10 raised to the power of 100.” So, in other words, that’s 1 with 100 zeroes behind it. But that description may not give you the full impression of just how big a googol is.

For instance, it’s estimated that there are about 10 to the power of 80 atoms in the universe. So, if you somehow counted every atom that exists in the entire universe one by one, you wouldn’t even come close to a googol. Of course, for reference, it’s still smaller than the total possible moves in a game of chess– 10 to the power 120. And if those numbers don’t have your head reeling yet, consider the googolplex.

The name googolplex was first proposed by the same person who invented the term “googol,” Milton Sirotta. Milton was the nine-year-old nephew of American mathematician Edward Kasner. And when Kasner asked Milton if he had an idea for a name for the number, he suggested something silly like “googol,” which was soon followed by the googolplex. Milton’s definition was “one, followed by writing zeroes until you get tired.”

Kasner instead suggested that googolplex could be “ten raised to the power of a googol.”Obviously, this is an insanely large number. In fact, if you were to print a googolplex out on paper, the paper would weigh more than all the mass in the Milky Way put together. It’s a huge, slightly-silly scientific concept, which obviously makes it a great name for a tech company. 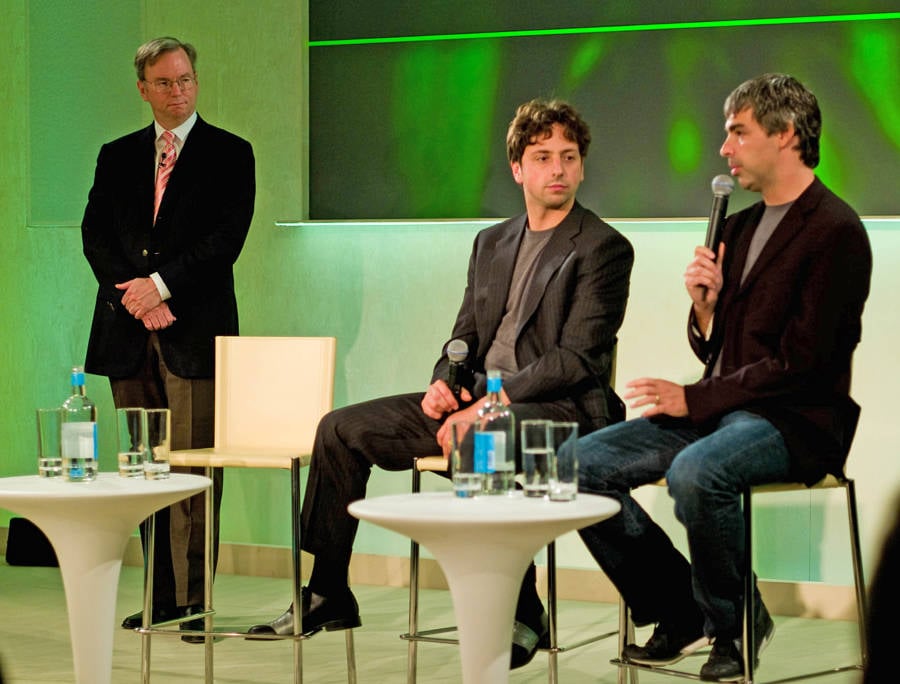 So when Larry Page tried to come with a name for his company, someone suggested they name the company after the googol. Page liked the idea and asked his friend, Sean Anderson, to check if the domain name was available. But when Anderson typed the word out for the domain, he misspelled it as “Google.” Page quickly decided he liked this spelling better, and Google Inc. was born.

And while the Google name might sound a little silly, it’s far better than the name Page and Brin almost went with. When the two were students at Stanford University, they began work on a search program that eventually became Google. Because the program searched through backlinks, the two called it “BackRub.” So, if you’re glad you can “Google” something instead of “BackRubbing” it, you can thank a typo, an incredibly large number, and a nine-year-old boy.

Now that you know that truth about the Google name, learn how the internet was created and then discover why net neutrality is a bad idea. Then, investigate whether or not Google is making us stupid.