The FCC has repealed Net Neutrality. Here's what that means for you, your internet speeds, and your binge-watching habits. 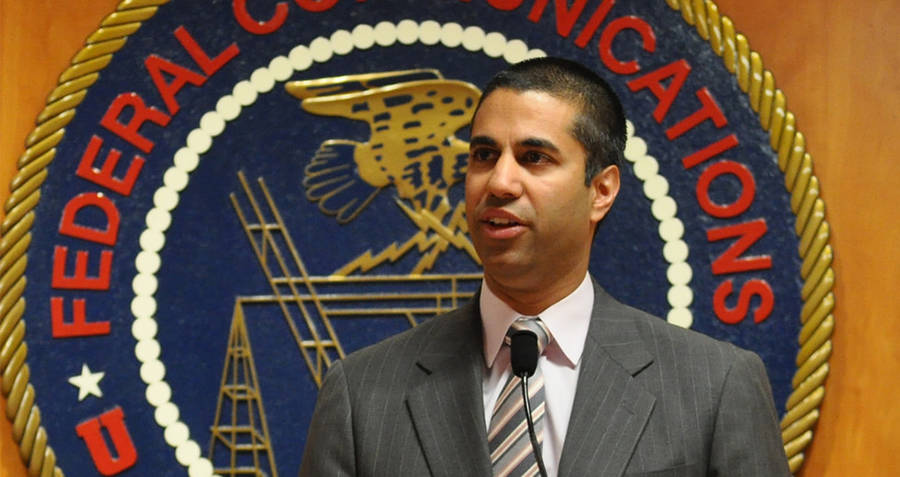 FCC chairman Ajit Pai claims that the repeal is the FCC’s way of getting the government to “stop micromanaging the internet,” but critics claim it’s going to change the internet as we know it forever.

The passing of the vote means that FCC will no longer require internet providers to treat all online content the same, meaning that choosing one internet provider over the other could affect which content you’re able to access, and how fast.

Oh, and to make things more confusing, the FCC will no longer be in charge of regulating the internet providers — the oversight would shift to the FTC, the Federal Trade Commission.

Backup, What Exactly Is Net Neutrality And Why Does It Matter? 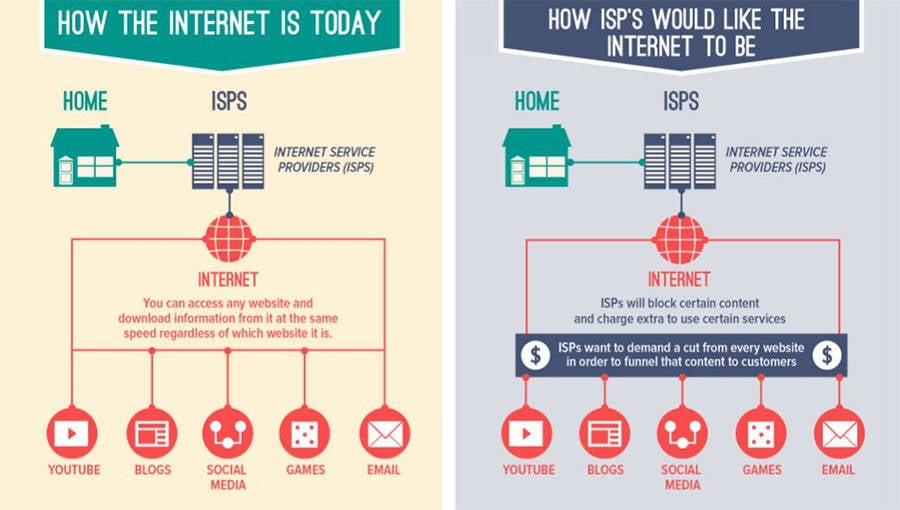 Net neutrality is essentially the overarching theory that all online content should be treated the same, and be equally accessible.

In 2015, under the Obama administration, the FCC created regulations that prohibited internet service providers from deliberately speeding up or slowing down traffic from specific content. It also prohibited the providers from making their own content more easily accessible.

We’ll give you an example.

Verizon, an internet provider, owns Yahoo, a content provider. Under the previous net neutrality guidelines, even though Yahoo is an affiliate of Verizon, Verizon can’t make it easier to access their content.

That means, if someone using Verizon internet would rather get their online news from Google instead of Yahoo, Verizon can’t do anything about it. They can’t slow down access to Google or charge Google more money to be in a metaphorical internet fast-lane.

What Does A World After A Net Neutrality Repeal Look Like? 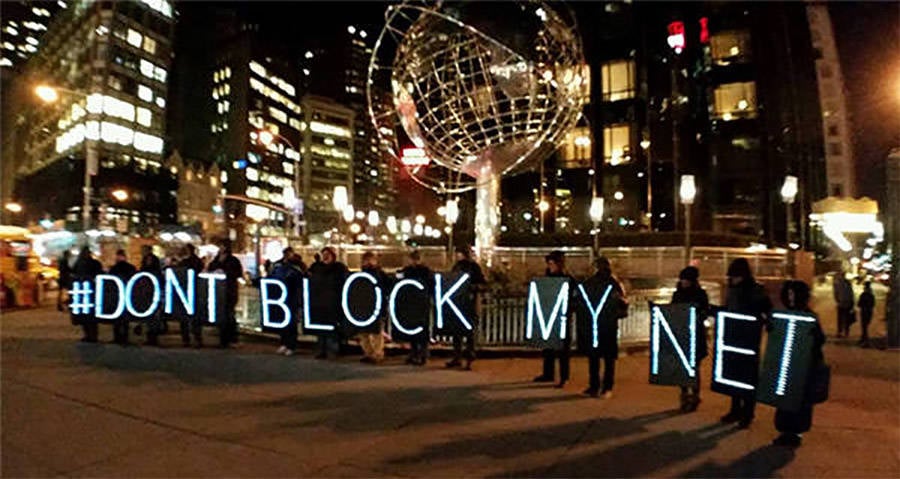 Without regulations governing them, internet providers will be able to, in theory, cherry pick which online content is available and how fast it operates. That also means that there’s nothing stopping the provider from boosting their own content ahead of their competitors.

However, there is a hook. To make up for the absence of the guidelines, the FTC would require internet providers to publicly disclose any instance in which they block, slow, or charge users to access content. The FTC would then evaluate the disclosures on a case by case basis.

We’ll give you another example.

Remember how Verizon owns Yahoo? Well, after the repeal, those Verizon users who preferred Google over Yahoo could have a harder time accessing Google content. Verizon would be able to prioritize Yahoo content over others, by slowing down access speeds to Google and other direct Yahoo competitors, or by putting up a paywall or even blocking them altogether.

And, as long as they let you know, up front, that the content will either be paid or blocked, then it’s fine.

So Wait, How Does This Affect Me? 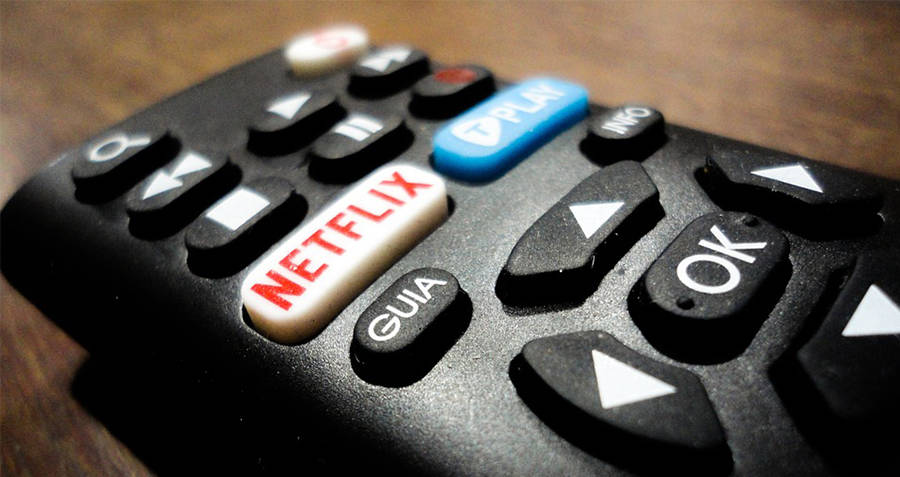 Don’t worry, large streaming services like Netflix, Hulu and Amazon aren’t going anywhere, as their customer base — and pockets — are deep enough to survive pretty much anything at this point. For the time being, it looks like the companies’ business models are pretty much staying the same.

But, just because the companies aren’t changing, doesn’t mean your access to them won’t.

You pay for Netflix. You pay for wifi (we’ll use Verizon again). However, without net neutrality, Verizon could charge you another fee, on top of the two you already pay, for access to Netflix.

Essentially, it would be like your doorman, in the apartment you paid for, telling you that he won’t give you your UPS package, that you also paid for until you pay him an extra fee.

Now, even if you’re not a binge watcher, net neutrality affects you too. If you’re a small business owner or looking to start your own online business, it could mean that you’re going to be paying more to get noticed online. If internet providers charge companies more for access, it’s not the Netflix’s of the world that will suffer, but the little guys.

With something as invaluable as the internet, which is used by virtually every company and corporation, and which people become more reliant on every day, it was just a matter of time before regulations started appearing.

Next, read about the history of the internet. Then, check out exactly what the internet does to your brain.