A slave known only as Gordon had trekked 80 miles to freedom after escaping a Mississippi plantation where he'd been whipped nearly to death. His story was quickly published — along with a gruesome photo of his injuries.

Although little is known of his life, Gordon the slave left his mark on history when an image of him opened the eyes of millions to the singular horror of slavery in the Southern United States.

In the early spring of 1863, the American Civil War was in full swing and units of the Union Army had struck deep into Confederate territory along the Mississippi, bisecting the rebel states.

And then one day, the XIXth Corps played host to one of the most remarkable and mysterious figures of the era: Gordon the slave. 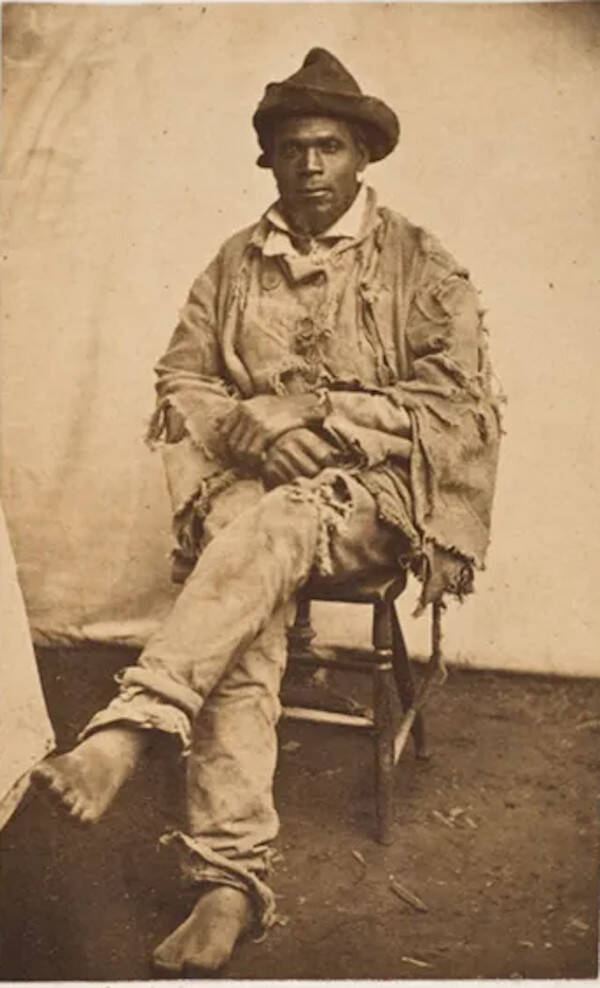 Wikimedia Commons“There has lately come to us, from Baton Rouge, the photograph of a former slave — now, thanks to the Union army, a freeman.” From The Liberator.

Across the picket lines of the Union Army’s XIXth Crops in Baton Rouge, Louisiana, stumbled a man in torn clothes, barefoot and exhausted.

That man was known only as Gordon, or “Whipped Peter,” a slave from St. Landry Parish who had escaped his owners John and Bridget Lyons who held roughly 40 other human beings in bondage.

Gordon reported to the Union soldiers that he had fled the plantation after being whipped so badly that he’d been bed-ridden for two months. As soon as he recovered, Gordon resolved to strike out for the Union lines and the chance of freedom they represented.

He traveled on foot through the muddy terrain of rural Louisiana, rubbing himself with onions he’d had the foresight to stuff into his pockets, in order to throw off the bloodhounds tracking him.

Some ten days and 80 miles later, Gordon had done what so many other enslaved people could not: he’d reached safety.

How Gordon’s Image Made Its Mark On History

According to a December 1863 article in the New York Daily Tribune, Gordon had told the Union troops in Baton Rouge that:

The overseer…whipped me. My master was not present. I don’t remember the whipping. I was two months in bed sore from the whipping and salt brine Overseer put on my back. By and by my senses began to come – they said I was sort of crazy. I tried to shoot everybody.

Not one to stand idly by as the battle for freedom raged, Gordon then enlisted in the Union Army while in Louisiana as soon as he could.

Meanwhile, Union activity in the bustling river port of Baton Rouge had drawn two New Orleans-based photographers there. They were William D. McPherson and his partner Mr. Oliver. These men were specialists in the production of cartes de visite, which were small photographs that were cheaply printed en masse and popularly traded among a population waking up to the wonders of accessible photography. 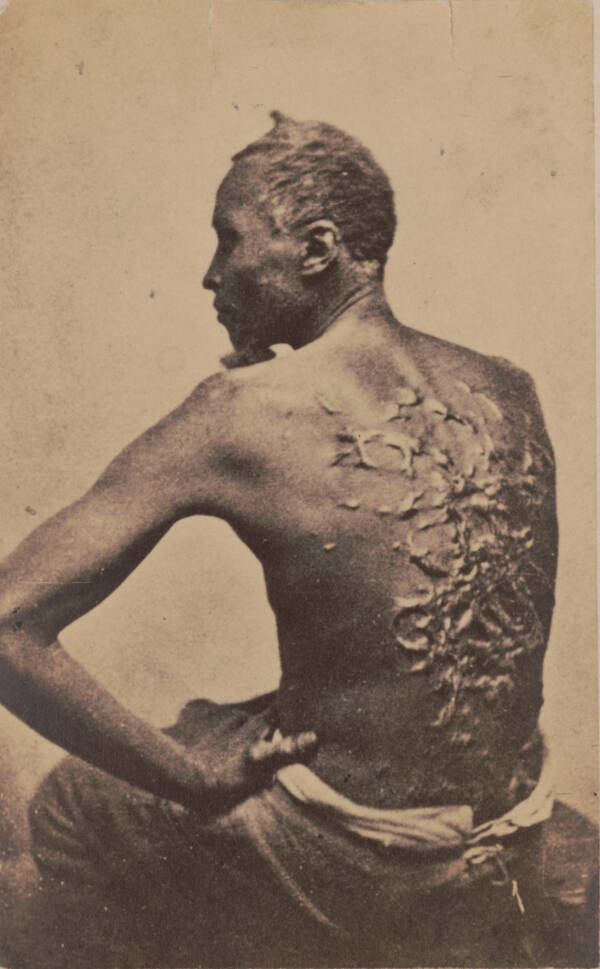 Library of CongressThe photo that secured Gordon the slave’s place in history.

When McPherson and Oliver heard Gordon’s astounding story, they knew they had to take his picture. They first photographed Gordon sitting dignified and earnest, despite his tattered clothes and bare feet, staring steadily into the camera.

Their second photograph epitomized the inhumanity of slavery.

Gordon had removed his shirt and sat with his back to the camera, showing a web of raised, crisscrossing scars. This photograph was shocking evidence of a uniquely cruel institution. It conveyed more poignantly than words could have that Gordon had escaped a system that punished people for their very existence.

It was a staunch reminder that the war to end the institution of slavery was necessary. 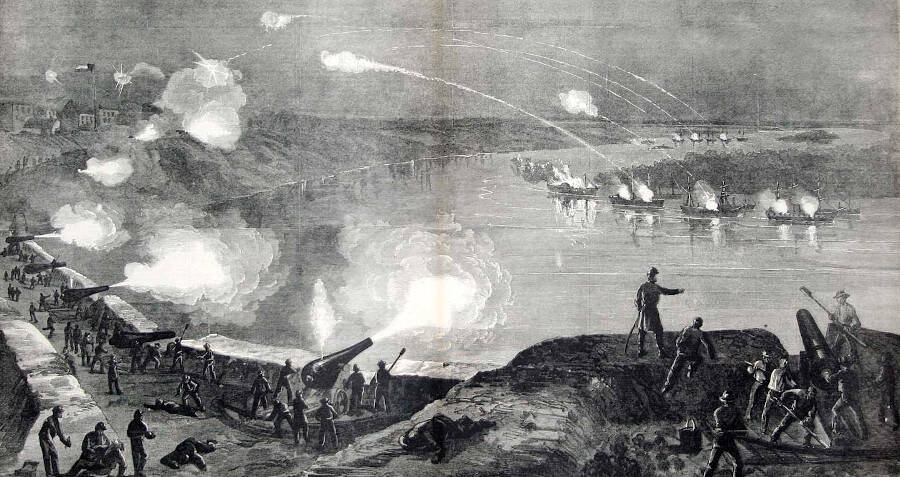 Harper’s Weekly NewspaperThe Siege of Port Hudson, where Gordon was said to have fought bravely, securing the Mississippi River for the Union and cutting a major lifeline for the Confederacy.

McPherson and Oliver’s photograph of Gordon’s face in quiet, unashamed profile, immediately struck a chord with the American public.

The image was first published in the July 1863 issue of Harper’s Weekly and the magazine’s wide circulation carried the visual evidence of the horrors of slavery into households and offices across the North.

Gordon’s image and his story humanized slaves and showed white Americans that these were people, not property.

As soon as the War Department issued General Order No. 143 which authorized freed slaves to enlist in Union regiments, Gordon signed his name on the regimental rolls of the Second Louisiana Native Guard Infantry.

He was one of nearly 25,000 Louisianan freedmen who joined the fight against slavery.

By May 1863, Gordon had become the very picture of the Union citizen-soldier dedicated to the liberation of black Americans. According to a sergeant in the Corps d’Afrique, the term for the black and creole units for the Union Army, Gordon fought with distinction at the Siege of Port Hudson, Louisiana.

Gordon was one of nearly 180,000 African Americans who would fight through some of the bloodiest battles of the late Civil War. For 200 years, black Americans had been treated as chattel property, that is, they were regarded legally as the complete property of other human beings. 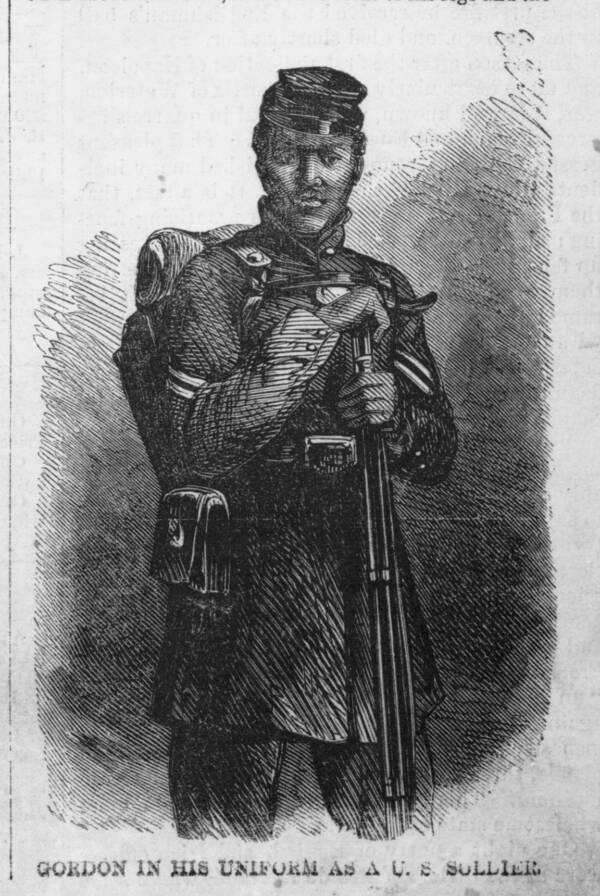 An illustration from the July 1863 issue of Harper’s Weekly showing Gordon in uniform as a corporal of the Louisiana Native Guards.

Unlike other forms of slavery in which slaves had a chance at gaining their freedom, those enslaved in the American South could never truly hope to be free.

They felt it was their duty, then, to join in the fight to end this inhumane practice.

The Enduring Legacy Of One Man’s Pain 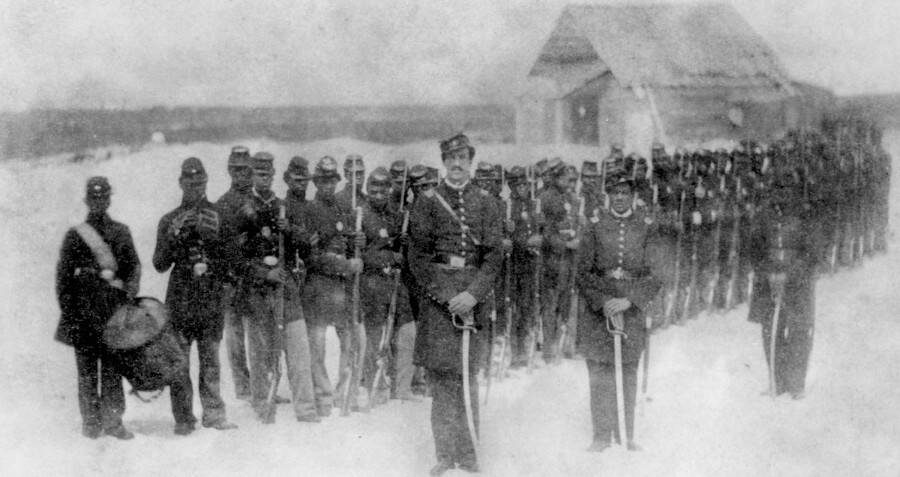 Gulf Islands National Seashore CollectionPictured here are African-American men from the Second Louisiana Native Guard who enlisted in the Union Army to take an active part in their own liberation.

Gordon and the tens of thousands of men who enlisted in the regiments of the United States Colored Troops fought bravely. At battles like Port Hudson, the Siege of Petersburg, and Fort Wagner, these thousands helped to crush the institution of slavery by destroying Confederate lines of defense.

Unfortunately, little is known about Gordon before or after the war. When his photo was published in July 1863, he’d already been a soldier for some weeks, and presumably, he carried on in uniform for the duration of the war.

One of the frustrations often faced by historians of the period is the difficulty in finding reliable biographical information on slaves because slaveholders weren’t required to keep much more than the bare minimum on them for the U.S. census.

Although he disappeared into the tide of history, Gordon the slave left an indelible mark with a single image. 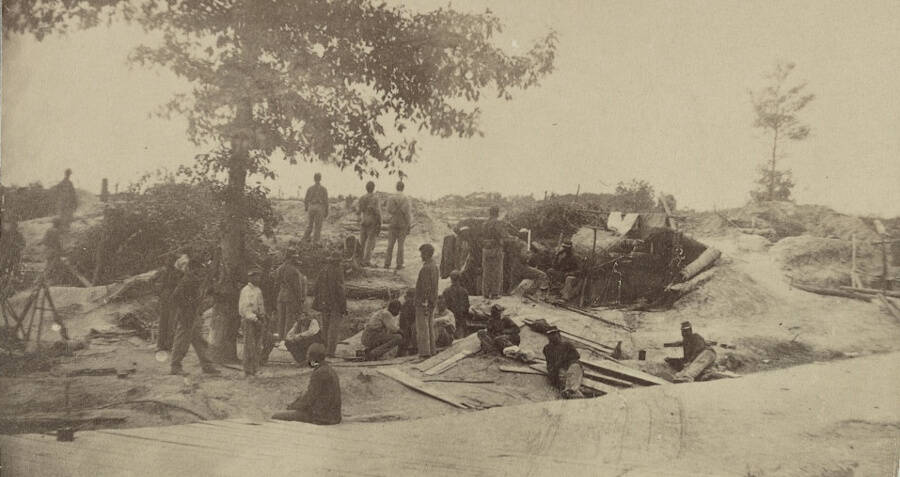 Library of CongressThe United States Colored Troops were crucial in the destruction of slavery.

The haunting picture of Gordon’s abused back contrasted with his quiet dignity has become one of the defining images of the American Civil War and one of the most visceral reminders of how grotesque slavery was.

Although Gordon’s biography remains little-known today, his strength and resolve have echoed through the decades.

McPherson and Oliver’s timely photo has been featured in countless articles, essays, and miniseries such as Ken Burns’ Civil War, as well as the 2012 Oscar-winning feature Lincoln, in which the photograph acts as a reminder of what the Union was fighting for.

After seeing these images of Gordon the slave, have a look at more iconic images from the American Civil War. Then, find out more about the disturbing ways in which slavery persists to this day.