Grayden Denham was given four life sentences plus an additional 115 years for murdering his grandparents, his sister, and his three-month-old nephew in 2016. 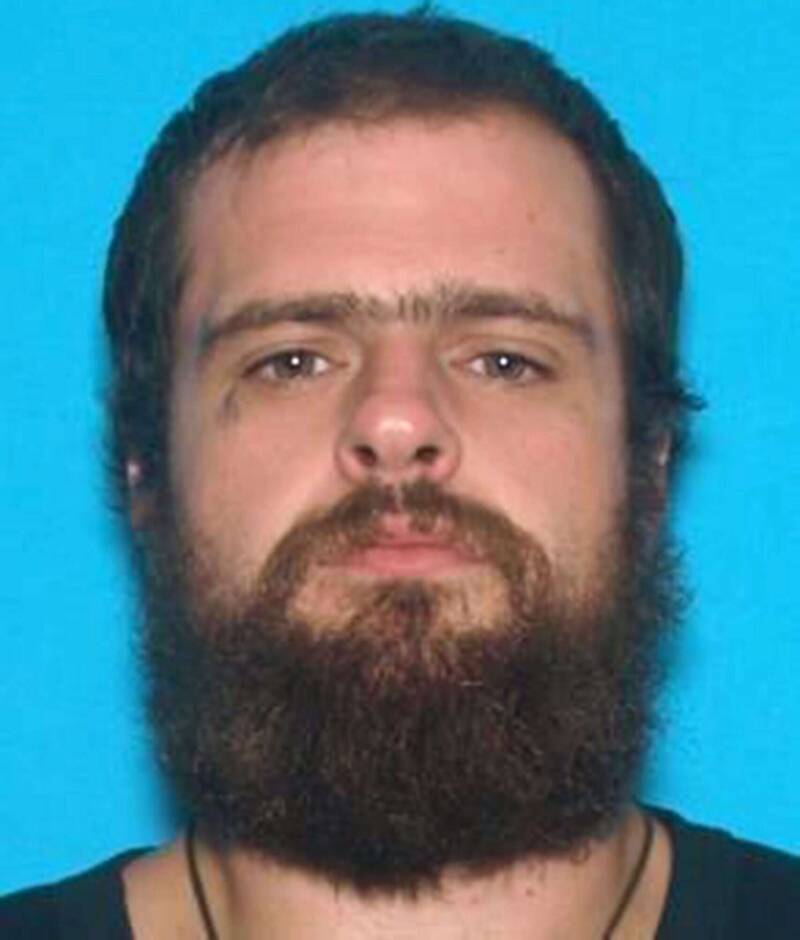 On Feb. 19, 2016, firefighters responding to a blaze in Edgerton, Missouri, discovered four bodies. Each of them had pennies on or near their eyes in a recreation of scenes from the film The Boondock Saints. And each had been shot and burned by their relative, Grayden Denham.

Now, Denham has been handed four life sentences plus 115 years for the deaths of his grandparents, Russell Denham, 82, and Shirley Denham, 81, as well as his sister, Heather Ager, 32, and her three-month-old son, Mason Schiavoni. Denham also shot and killed the family dog, Jack.

“This defendant massacred his entire family, including the family dog,” said Platte County Prosecutor Eric Zahnd. “I believe this is the only quadruple homicide in Platte County history. We can pray it is the last. But it’s right and just that the man responsible will die in prison for his horrific crimes.”

At trial, his attorney Patrick Berrigan had tried to convince jurors that Denham suffered from mental health issues. “These aren’t first-degree murders,” he said, explaining that Denham had started hearing voices.

But the prosecution argued that Grayden Denham’s attack on his family was well thought out and premeditated. 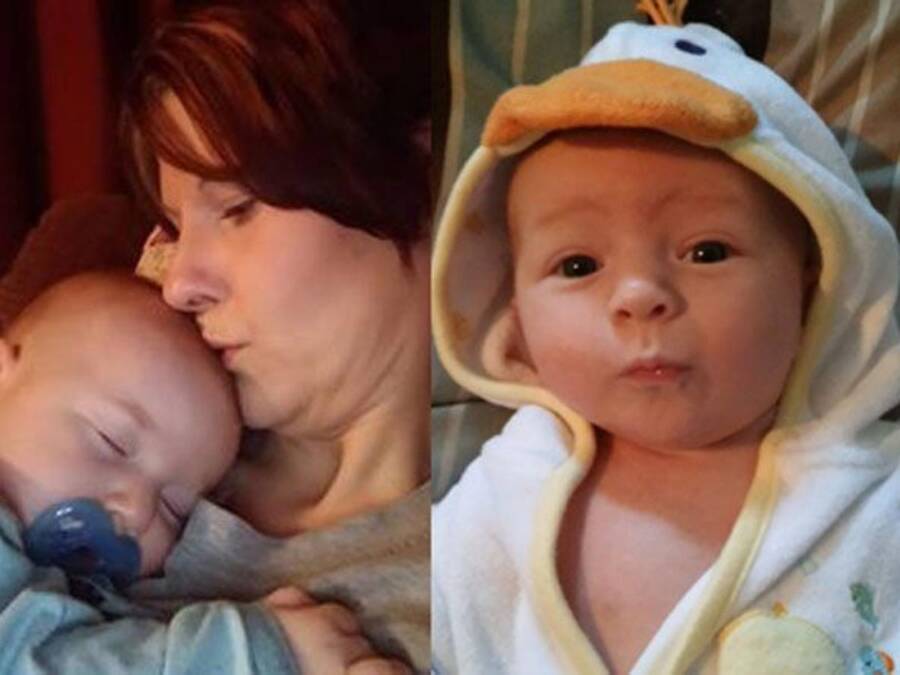 Kevin SheltonHeather Ager and her son were shot and killed by Grayden Denham.

In his opening statements, Zahnd explained how Denham had ominously told a neighbor, “Grandma and grandpa don’t have much longer to live anymore,” two weeks before the murder.

And on the day of the murder, Feb. 19, 2016, Denham bought three gas cans at a local Walmart, which he filled up with diesel at a nearby truck stop. Then, he went to his grandparents’ home at 4170 Buena Vista Road.

As the “horrific night” unfolded, Zahnd said, Denham shot his grandparents, sister, three-month-old nephew, and the family dog in the head. He also shot some of his victims multiple times before setting the entire scene on fire.

“It was very disturbing,” said Vince Roberts, a neighbor, who noticed the blaze around 11:30 p.m. When Roberts went over to investigate, he also noticed several “mannequins” lying in the yard — Denham’s victims. Shirley Denham, Heather Ager, and Mason Schiavoni were found in the front yard; Russell Denham was found to the east of the house.

The victims, including Jack the dog, were also found with pennies on their eyes or near their bodies. An ex-girlfriend of Grayden Denham testified at his trial that he was obsessed with the film The Boondock Saints, in which characters place pennies on the eyes of their victims. 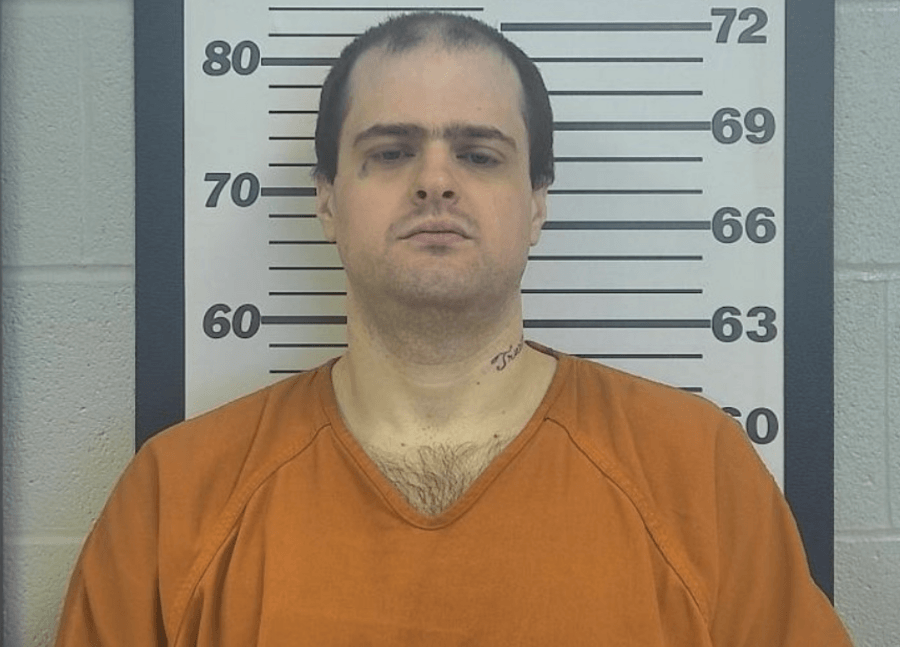 Public DomainThe prosecution argued that Grayden Denham had planned the murder in advance.

After the murders, Grayden Denham fled in his grandmother’s car. He drove over 1,000 miles to Arizona, where authorities found him wandering naked near an elementary school. Witnesses later testified to his mounting tensions with his family — including an argument with his grandfather the day before the murders — and his use of methamphetamine.

However, his mother, Shelly, expressed doubts about her son’s guilt in 2016.

“I’m still convinced he had nothing to do with that,” she said then. “I want people to know he’s not the monster that people are portraying him to be… Don’t judge a book by its cover.”

After his recent sentencing, she said: “Nobody can imagine what it’s like to lose your whole family at once, gone. My home was full of life before… Feb. 19.”

Zahnd has expressed satisfaction with how the case has turned out. Though Denham plans to appeal his sentencing, Zahnd is convinced that he will spend the rest of his life behind bars.

“That’s a just and reasonable outcome for these really horrific murders,” he said.

“I’m pleased for the family members, particularly the family members of that three-month-old baby, Mason Schiavoni, that they have achieved justice, and that Grayden Denham will breathe his last breath in a Missouri state penitentiary.”

After reading about the killer who was obsessed with “The Boondock Saints,” learn about the Keddie Cabin Murders, the quadruple California homicide that remains unsolved to this day. Or, discover the story of the Lake Bodom murders, Finland’s most infamous homicide.