In the summer of 1960, four teenagers set out for sweetheart's retreat by the shore of Finland's Lake Bodom. Only one would return and 40 years later, become a suspect in the murder of his three friends. 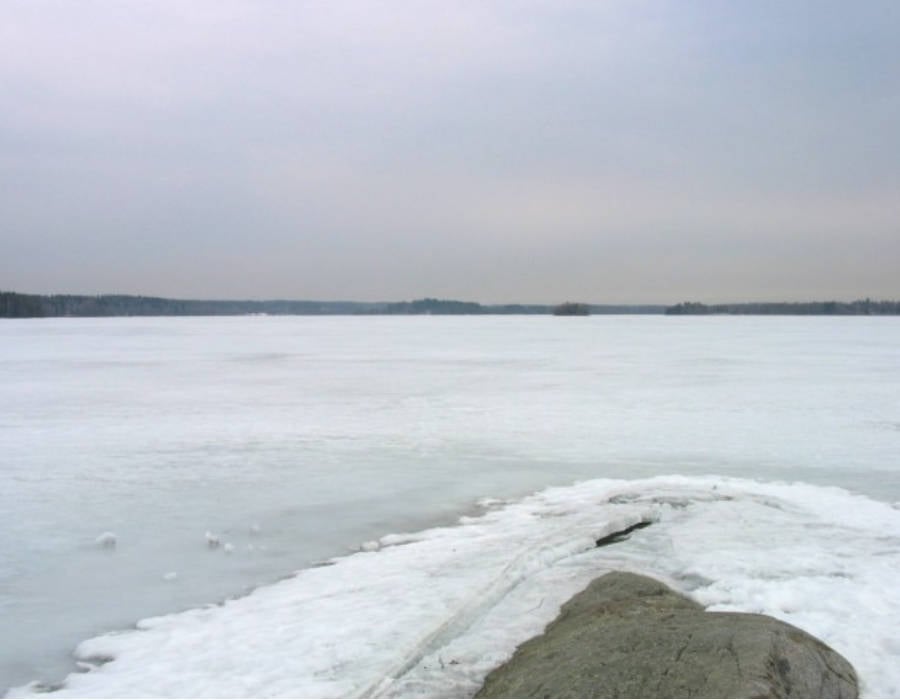 It was supposed to be a pleasant lakeside camping trip. Four teenagers set out on a sweetheart’s getaway with the intent of roughing it in a single tent perched on the banks of a serene lake. But by the next morning, three would be dead, the fourth brutally injured and a prime suspect in what became known as the Lake Bodom Murders, Finland’s most famous unsolved murder.

On June 4, 1960, 15-year-olds Maila Irmeli Björklund and Anja Tuulikki Mäki of Espoo, Finland, set out for a camping trip. Accompanying the two young women were their 18-year-old boyfriends Seppo Antero Boisman and Nils Wilhelm Gustafsson. They had chosen a well-known campsite on the shores of Bodominjärvi, known in English as Lake Bodom.

The arrival at the campsite and subsequent afternoon went smoothly as the teenagers enjoyed their time in nature. It wasn’t until the early hours of the next morning that disaster struck.

Nils Gustafsson, the sole survivor of the incident, would tell the tale hundreds of times over the next year, his story getting spun wildly out of control several times over, but the facts remained the same.

Sometime between 4 a.m. and 6 a.m. on the morning of June 5, Björklund, Mäki, and Boisman were stabbed and bludgeoned to death through their tent. An attempted attack on Gustafsson left him with a concussion, a fractured jaw, and several broken facial bones. 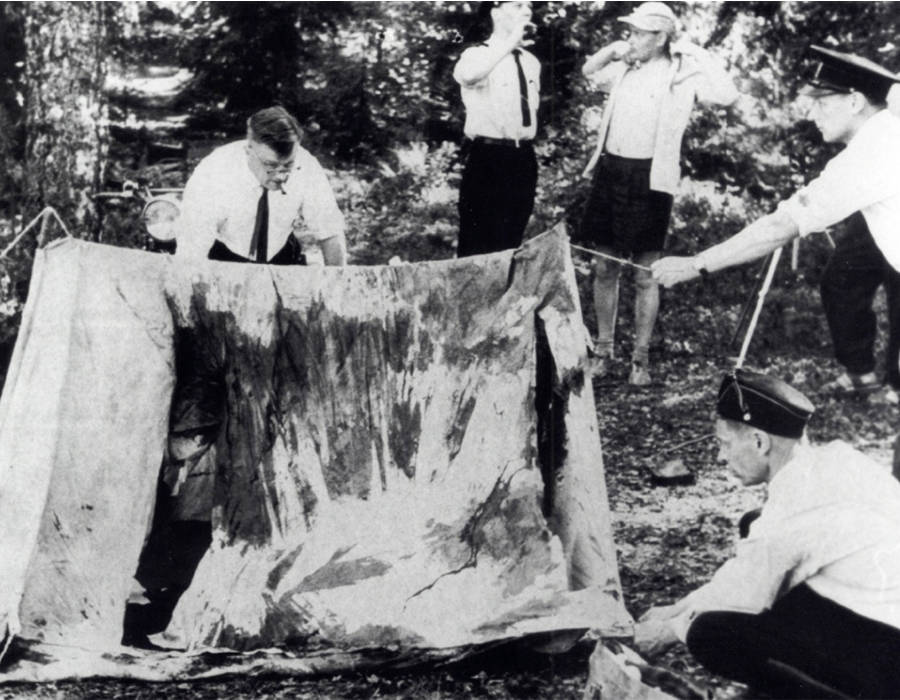 Wikimedia CommonsOne of just a few crime scene photos taken before it was trampled.

The horrific scene was first stumbled upon by a group of bird-watching boys around 6 a.m. who noticed the slain teenagers’ collapsed tent on the lakeshore. They also reported seeing a blonde man walking away from it.

Mäki and Boisman’s bodies were found inside the tent, but Björklund, Gustafsson’s girlfriend, was found on top of the tent, naked from the waist down and lying next to Gustafsson. Björklund also was in the worst state of the victims and had clearly been stabbed even after her death.

It wasn’t until 11 a.m. that the bodies would be discovered by a carpenter named Risto Siren. Immediately, Siren alerted the police who arrived on the scene around noon. By then, the victims of the Lake Bodom Murders had been dead for more than six hours.

A Tumultuous — And Botched — Investigation

From the start, the crime scene was a confusing one. Rather than enter the tent and stab the teenagers from the inside, it appeared that the assailant had attacked blindly from outside the tent. He or she had clearly used a knife to stab the victims but their bodies showed evidence of another weapon, an unidentified blunt object.

Furthermore, several strange items were missing from the scene, adding another layer of mystery to the crime. For example, the keys to the teenager’s motorcycles were gone, but the motorcycles themselves hadn’t been taken. Gustafsson’s shoes were also missing, though were later found roughly half a mile from the tent along with parts of his clothing.

Later, the papers would lambast the police for their shoddy handling of the case from this point on.

The police reportedly failed to take official recordings of their findings and did not cordon off the area, leaving it open to contamination. Shortly after the police left, curious onlookers and careless campers all but destroyed the murder scene. In an attempt to rectify their mistake, police enlisted the help of soldiers to search for the missing items. The site was instead further trampled, and most of the items were never found.

Suspects In The Lake Bodom Murders 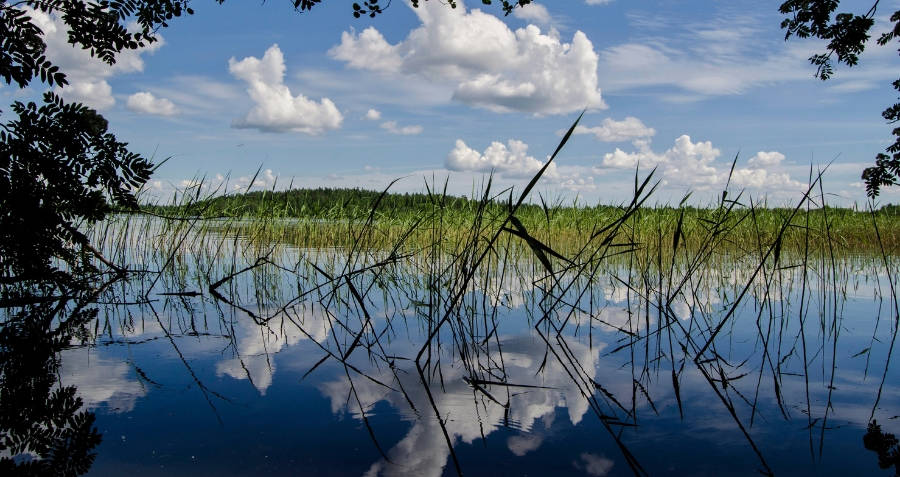 The first suspect in the murders was Karl Valdemar Gyllström, known in the local community as “Kioskman” because he owned and operated a nearby stall.

Gyllström’s kiosk near Lake Bodom was frequented by campers. However he was known for being hostile towards them, and witnesses claimed to have seen him cut down tents and throw rocks at hikers over the years. Some even posited that they saw him leave the murder scene, but then claimed to have been too afraid of him to alert the authorities. Gyllström allegedly made several confessions in which he displayed knowledge of the crime both drunkenly and sober, though they were all ignored by police.

Nine years after the Lake Bodom Murders, Gyllström drowned in Lake Bodom, likely by suicide, rendering DNA evidence as requested by several authorities over the years impossible to gather.

The second suspect remained of interest until 2004. His name was Hans Assmann and he was rumored to be a former KGB spy living very near to the shores of Lake Bodom. Over the years, Assmann earned a reputation as somewhat of a recluse and combined with the KGB rumors consequently resulted in him being suspected in several murders, though none of the accusations stuck.

But Hans Assmann had gone into the Helsinki Surgical Hospital the day after the attack with fingernails black with dirt and his clothes covered in red stains. Hospital staff reported that Assman was nervous and aggressive, but other than brief questioning, the police did not pursue Assmann any further as they claimed that he had a solid alibi in regards to the Lake Bodom murders.

Assman’s stained clothing was never investigated despite doctors insisting that it was blood. Assman also matched a description of the blonde man fleeing the scene and cut his hair shortly following a newspaper article detailing the case came out.

Finally, police made an arrest 44 years after the murders. 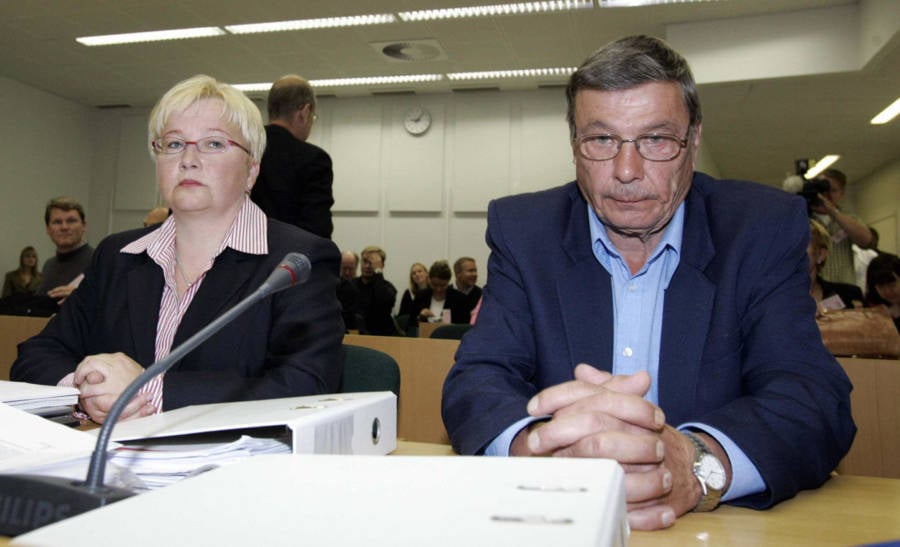 JUSSI NUKARI/AFP/Getty ImagesNils Gustafsson with his lawyer Riitta Leppiniemi at Espoo district court in Espoo, at the start of the trial Aug. 16, 2005.

In March of 2004, Nils Gustafsson, the sole survivor of the Lake Bodom Murders, was arrested and brought to trial. Police claimed to have suspected Gustafsson all along and insisted that there was evidence to support their claims.

For one, police claimed that Gustafsson’s shoes had been worn by the killer during the attack, evidenced by the fact they were covered in the victims’ blood – but not Gustafsson’s. During the trial, the prosecution spun a story involving a fight between Gustafsson and Boisman, which culminated in the triple homicide.

The prosecution claimed Gustafsson had gotten drunk and thus exiled from the tent. When Boisman made an attempt to talk to him, a fight had ensued that Boisman allegedly won, resulting in Gustafsson’s fractured jaw and broken facial bones. Angry at the fight, Gustafsson must have gone back to the tent, and in a blind rage, killed his girlfriend and two friends. Then, he inflicted the rest of the superficial stab wounds on himself, tried to hide his shoes, and staged the rest of the crime scene.

The fact that the young birdwatchers who originally found the site claimed to have seen a man leaving the area backed up the prosecution’s claims.

Gustafsson’s defense, however, dismissed this story, claiming that if Boisman and Gustafsson truly had gotten in a fight, Gustafsson would have been too injured to viciously murder his friends, let alone walk more than half a mile round trip to hide his shoes.

Ultimately, the defense won and a year after he was arrested, Gustafsson was acquitted of all charges. To this day, however, the suspicion remains. No further suspect has been named, no further evidence has been found, and the Lake Bodom Murders remain Finland’s most horrifying and longest unsolved crime.

Next, check out the gruesome and yet-unsolved, Wonderland Murders. Then, read about six serial killers who were never caught as well as some of the most notorious murders on record.