Icelanders call it “Skalugsuak,” after an old Inuit legend that claims that it lives in the urine pot of Sedna, the goddess of the sea, and that its flesh can destroy human skin. But most people know it as the Greenland shark.

The nickname actually inspires a fitting image for Skalugsuak, also known as the Greenland shark, whose flesh, coincidentally, smells like urine, and if consumed raw can be toxic to humans.

Not quite as majestic, fearsome or awe-inspiring as some other large sea creatures, the Greenland shark is actually relatively ugly. Its long, thick, gray body is mottled with brown, and its small head consists of a short, rounded snout and tiny eyes, often plagued by worm-like parasites that trail from its head.

The shark survives on a diet of mostly halibut, and other large fish – though the remains of polar bears have been found in their stomachs. The Icelandic people consider the flesh of the Greenland shark to be a delicacy, and put it through a months-long fermenting process in order to render it safe to eat. Without it, the effects of the meat cause symptoms similar to severe drunkenness. Wikimedia Commons
A Greenland shark suffering from parasites on its eyes.

What makes the Greenland shark so fascinating, however, is not what is known about it, but what remains a mystery.

For years, scientists believed that Greenland sharks, like most sharks, had a lifespan of only about 100 years. However, recently scientists have discovered that their lifespans could be much greater than anyone ever thought.

Despite rumors to the contrary, the oldest living Greenland sharks are probably not 500 years old.

But, it turns out, the number isn’t actually that far off.

According to Live Science, in sharks like Great Whites, scientists can use the hard vertebrae to calculate the shark’s age. However, unlike most sharks, the Greenland shark is considered “soft” – its vertebrae don’t harden as much as others. So, scientists had to come up with a new method. 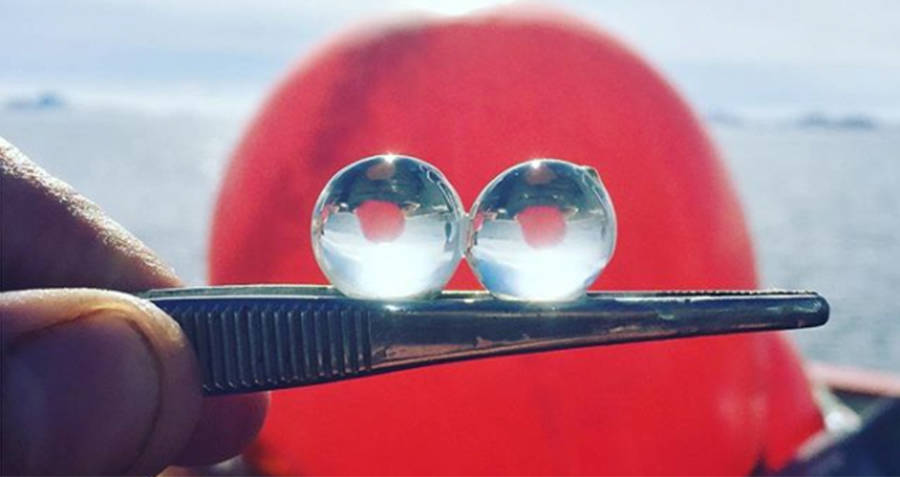 Using the crystalline from the eye of a Greenland shark, scientists were able to perform carbon dating on 28 sharks. What they found shocked them. The Greenland shark had the longest known lifespan of any living vertebrae, and that, even considering a wide margin of error, it could live anywhere from 250 to 500 years.

The longest shark surveyed, and likely the oldest, was estimated to be roughly 392 years old.

Scientists attribute the sharks advanced age to the cool temperatures that it lives in, and its great size.

The cold environment that the sharks live in is just above freezing, which slows their metabolism, and due to their size, their metabolism is already slower than most creatures. When the metabolic process is slowed, everything slows – including aging.

So, no, the oldest living Greenland shark isn’t older than Shakespeare, but it’s at least got a few years on the founding fathers.

Next, find out what killed the earth’s largest living shark. Then, read about the glow-in-the-dark shark that was found by scientists.