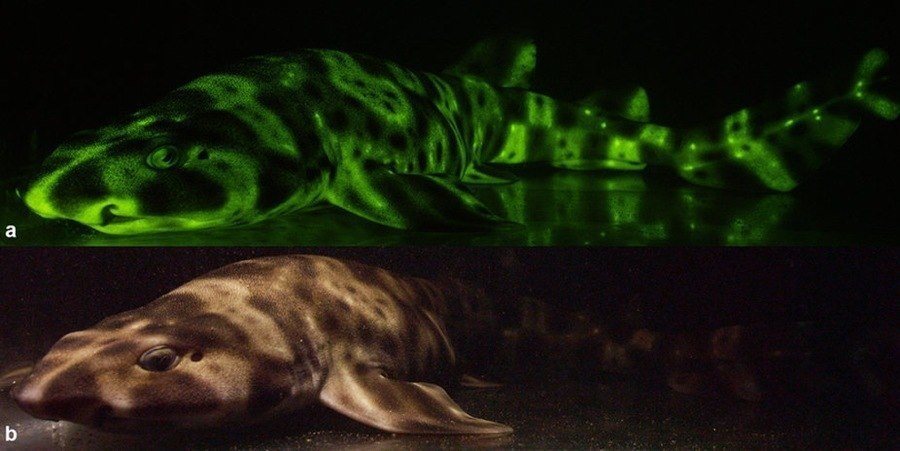 Fluorescent (a) and white light (b) image of a female swell shark. Image Source: Scientific Reports

Scientists recently developed a “shark eye” camera that replicates the way deep sea sharks see each other in the ocean’s darkest regions — and some of them apparently glow in the dark.

The study, just published in Nature, reveals that certain sharks exhibit fluorescence in deep sea environments. For instance, the catshark usually appears in a muddy brown color closer to the surface. As it swims deeper into the ocean, though, it amps up its biofluorescence and turns a bright shade of green, making it easier to see by its deep sea peers.

Biofluorescence like this occurs when an animal absorbs light from an outside source like the sun, and then reemits it in a different color, in this case neon green. (This process differs from bioluminescence, a chemical reaction that results in an animal, such as a firefly, with the ability to flash light.) 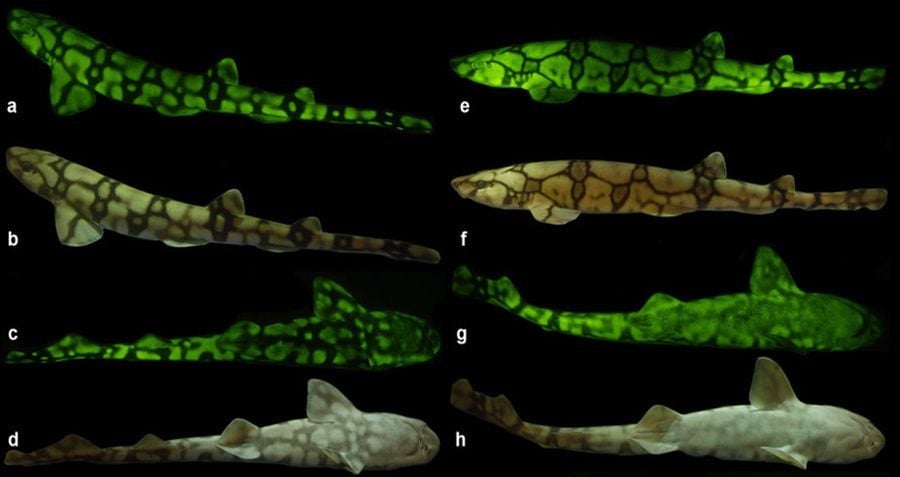 In addition to exploring how and why the sharks change color, researchers also looked into how the sharks perceived these color changes. In doing so, researchers used microspectrophotometry, eventually discovering that the catshark’s eyes use special long-rod pigments to help them see in the low-light environment of the deep ocean.

To “see” like a shark, the researchers’ custom-built shark eye camera uses a filter that simulates the light hitting the shark’s eyes. The team took the camera with them on night dives and observed the glow-in-the-dark sharks in their natural habitat, revealing their stunning fluorescence to those of us up here on land. 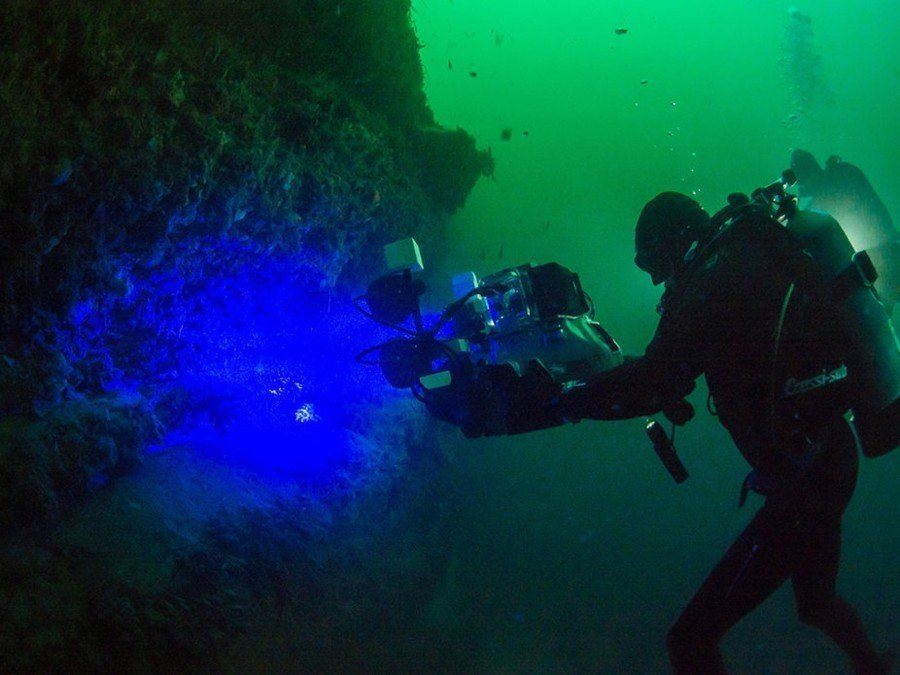 “This is a big step toward a functional explanation for fluorescence in fishes,” said John Sparks, a curator in the American Museum of Natural History’s Department of Ichthyology and a co-author on the study.

Next, learn more about whale sharks, and check out the most bizarre ocean creatures ever discovered.