American homelessness is on the decline, and we can credit much of that success to housing innovators like Oakland's Gregory Kloehn. 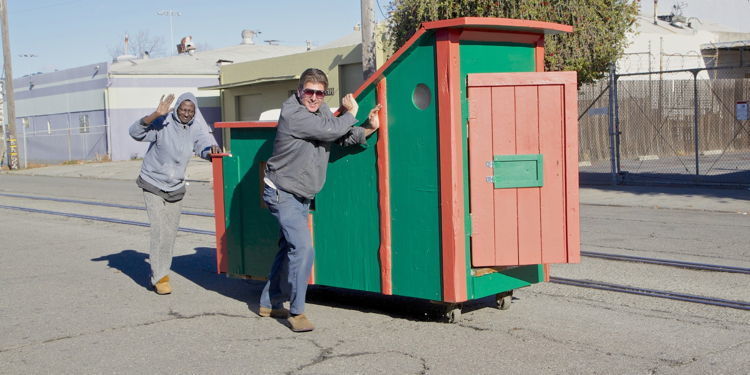 Gregory Kloehn, right, with one of his houses built for the homeless of Oakland. Image Source: Pinterest

According to a report by the U.S. Department of Housing and Urban Development, 610,042 people were homeless on any given night in the month of January in 2013. In 2014, this number dropped by more than 30,000. In 2015, another 10,000 dropped off. Since 2007, America’s homeless population has declined by a healthy 11 percent. The fight against homelessness in America is well underway.

And there are many different organizations involve in that fight in many different ways. The Housing First Program, launched in 1988, prioritizes shelter above all else, based on the belief that housing is a basic human right and is a necessary first step to effectively address other issues at hand. Most other programs rely on a model of housing readiness: an individual must address the issues that led to their homelessness while in a temporary shelter in the first place, before acquiring his or her own place. 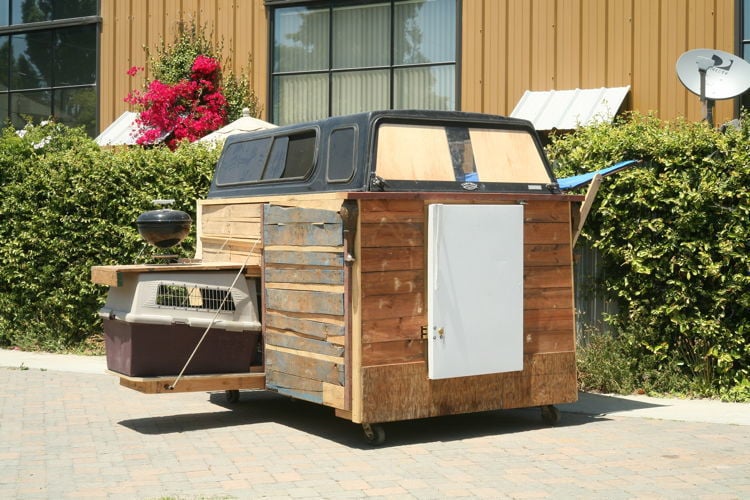 Eric Belsky, a Harvard University housing scholar, claims that that temporary housing and shelter approach to homelessness “wasn’t working.” “What you needed to do was get people into housing, then provide them with care,” he told Smithsonian.

Today, following this lead and building upon the surge in the tiny homes movement, some activists are approaching the issue of chronic homelessness in a new way.

In Austin, the homeless found permanent shelter in a village of 200 tiny houses built specifically for the chronically homeless. In Utah, portable survival pods were given to the homeless to help them survive the harsh winter weather. And after observing the state of homelessness in his community, artist Gregory Kloehn of Oakland, California, has decided to create his own unique, innovative, and quirky tiny houses for the homeless. 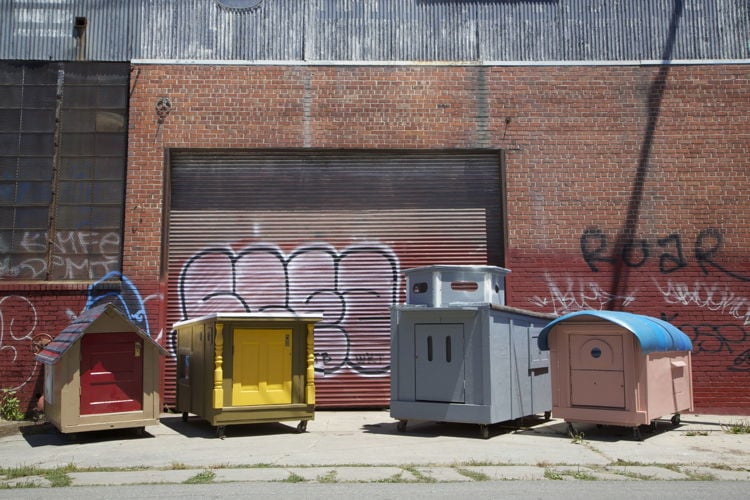 The tiny homes movement has gained quite a following around the world over the past few years. Environmental and financial concerns — along with the potential satisfaction one could feel from living a simpler life — have motivated many to ditch the extra space and opt for tiny homes instead. 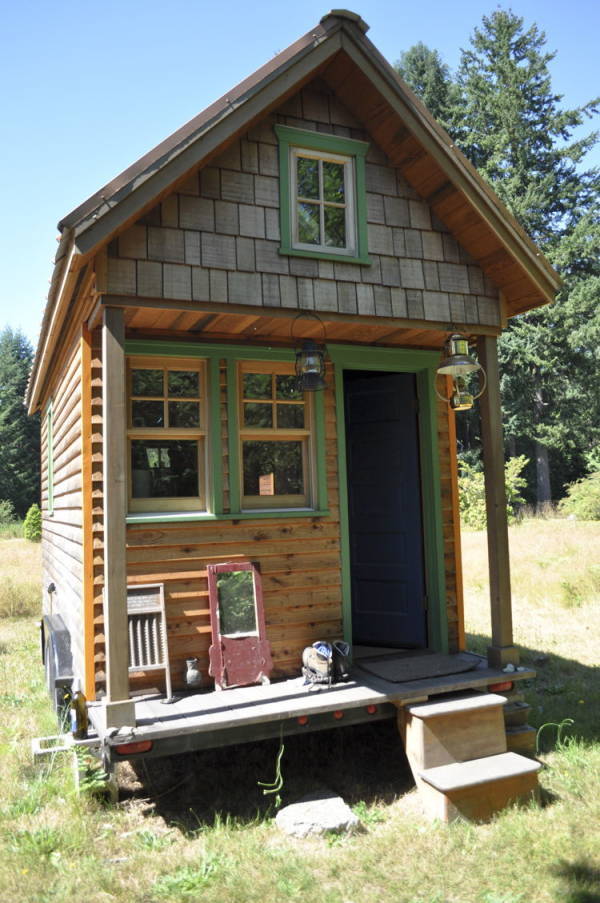 But now, tiny homes are becoming more than just an enticing way of life. They are incredibly resourceful tools in the fight against homelessness. 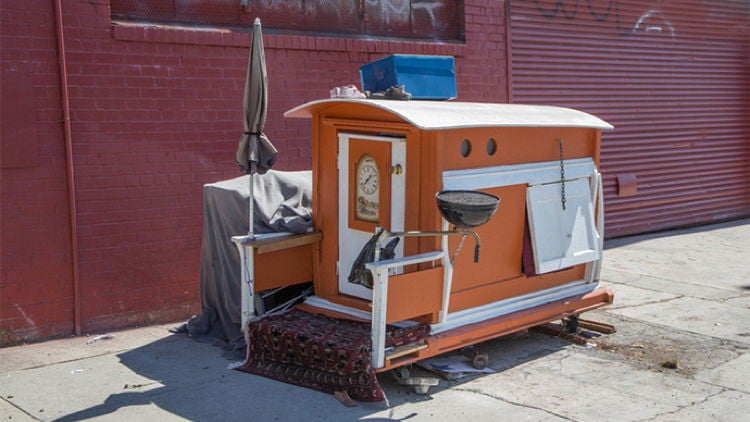 The average tiny house costs around $5,000 to make. Using illegally dumped garbage, Kloehn crafts watertight tiny houses for the homeless for less than $100. All the materials, with the exception of nails, glue, and tools, are found on the streets and in the trash. Dumped plywood, car parts, and neglected possessions combine to form houses unlike any other. 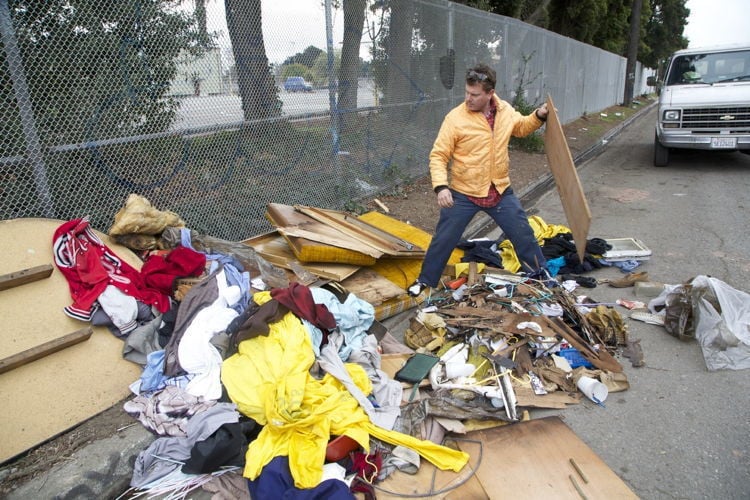 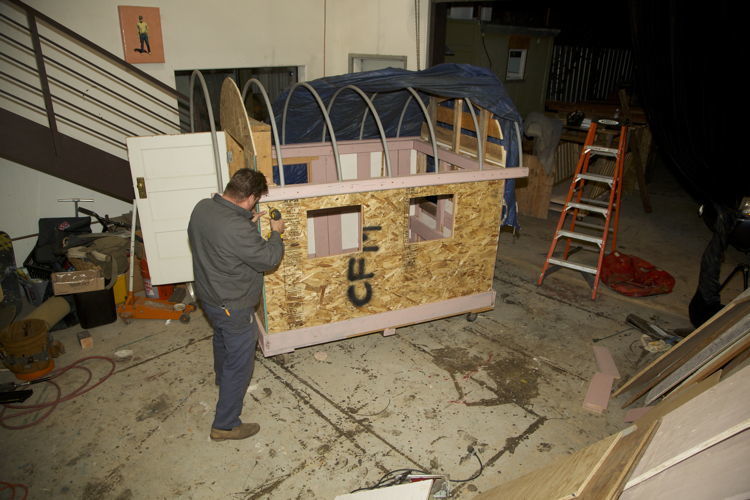 Kloehn, undoubtedly creative though he is, did not conjure up this brilliant idea out of thin air. His inspiration came from the makeshift shelters already on the streets. In documenting the homeless, he noted that many had been innovators all on their own.

Thus, Kloehn started to see waste in a new, hopeful light. “Stuff people just throw on the street can give someone a viable home,” Kloehn told NBC. Using his craftsmanship and artistic talent, Kloehn created the Homeless Homes Project. 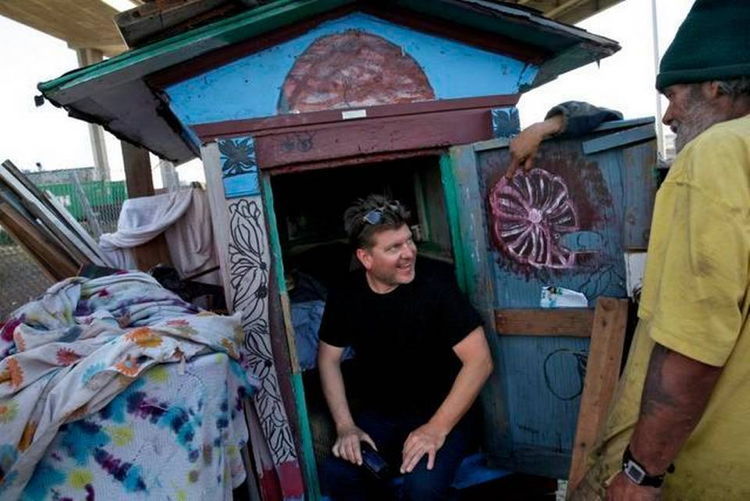 One man’s trash is another man’s humble abode. An abandoned pet carrier or the side panel of an old, beat-up van can really make a difference in the life of someone who doesn’t have a roof over their head.

Even worse, when the homeless do find a comfortable place to doze off, it’s not uncommon for police to come along and harass them for loitering. In some cases, the most dependable shelter becomes the jailhouse. When the police push the homeless off their spots, there isn’t any way for them to take their makeshift shelters with them. Oakland requires municipal workers to sweep up and get rid of anything on the streets, including the belongings of the homeless.

Kloehn aims to change this. 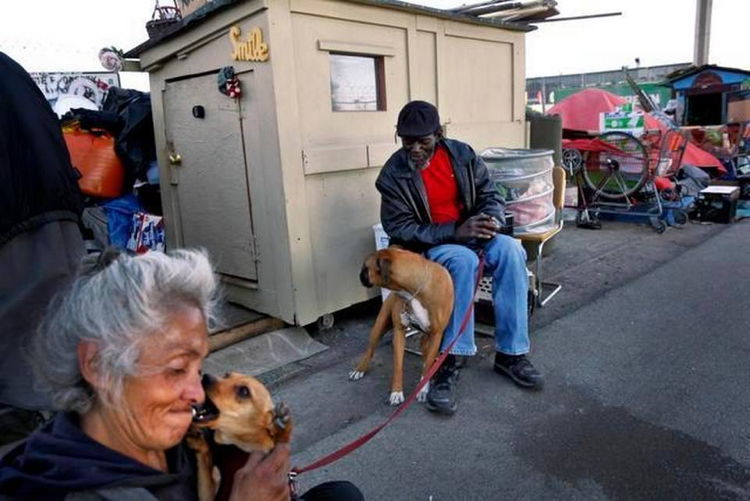 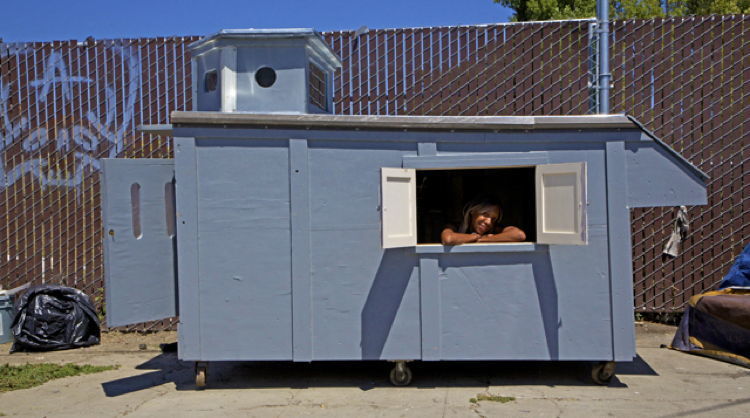 It started with just one. On a rainy night, Charlene, a friend of Kloehn’s, came knocking on his door asking for a tarp. Kloehn did not have a tarp, so Charlene left. Months earlier, Khloen had designed his very first tiny home. As he walked back into his studio, he glanced at the home and wondered what use there was in keeping it. He ran back outside and told Charlene that, if she wanted it, he would have a house ready for her the next day. 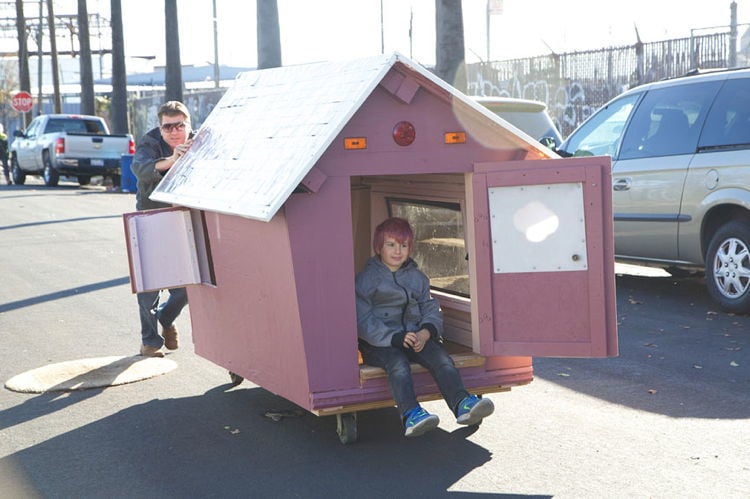 When Charlene came back, Kloehn gave her the keys to the front door—a discarded refrigerator door—and a celebratory bottle of champagne. The act of kindness changed Charlene’s life, and Kloehn soon realized the potential tiny houses held for the homeless in Oakland.

Now, volunteers and activists have joined the ranks to accompany Kloehn in the quest to house the homeless. These tiny houses are just big enough to sleep in and store a few belongings, but for the many who do not have such luxuries, Kloehn’s generosity has made a world of difference. 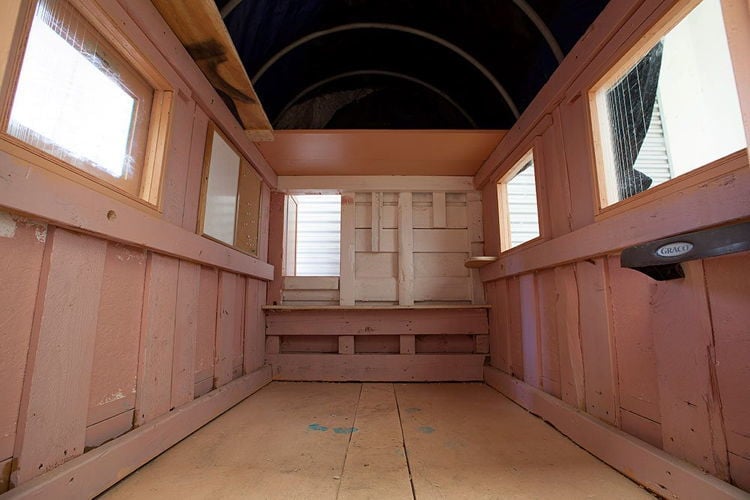