The surgeons risked their own lives, using uncommon procedures to avoid detonating the grenade. 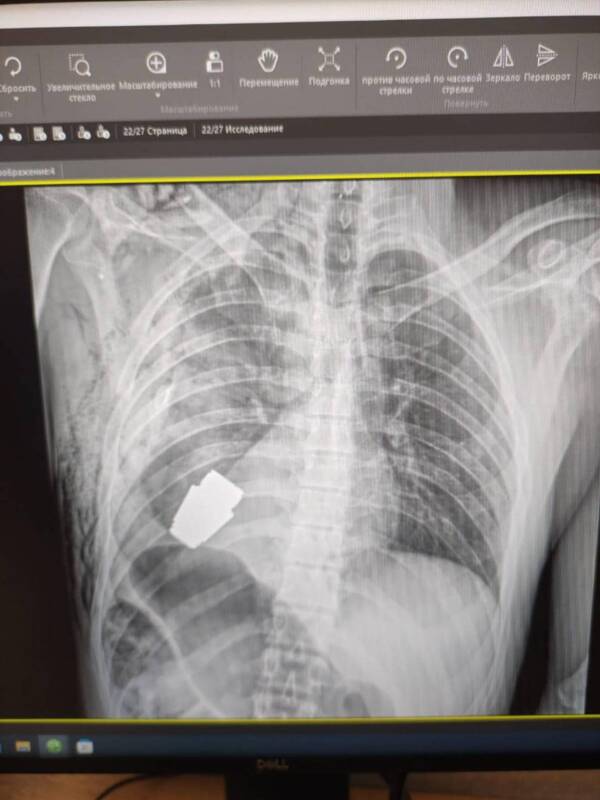 Hanna Maliar/FacebookAn X-ray image of the grenade lodged into the soldier’s chest, just below his heart.

Ukrainian military doctors recently performed a rare and dangerous procedure: removing a live, unexploded grenade from the chest of a patient.

According to a Facebook post from Ukrainian deputy minister of defense Hanna Maliar, “Not every wound in the heart area is deadly! Military doctors conducted an operation to remove a VOG grenade, which did not break, from the body of the soldier.”

And the operation was a success, with the soldier now in recovery.

Maliar shared an X-ray image of the grenade lodged in the soldier’s chest, as well as a photo of the operating surgeon, Andrii Verba, holding the live grenade after the nerve-wracking operation. Verba was described as “one of the most experienced surgeons” in Ukraine’s armed forces.

Verba was assisted in the surgery by a small team of sappers — military engineers — and notably conducted the operation without the use of electrocoagulation, a process by which an electric current controls bleeding during surgery by burning the edges of blood vessels. In this instance, however, electrocoagulation could have detonated the ammunition “at any time.”

The ammunition, a VOG grenade, measures roughly an inch and a half and can be fired a distance of well over 1,200 feet, per Live Science. It’s unclear how, exactly, it became lodged in the soldier’s chest, though. 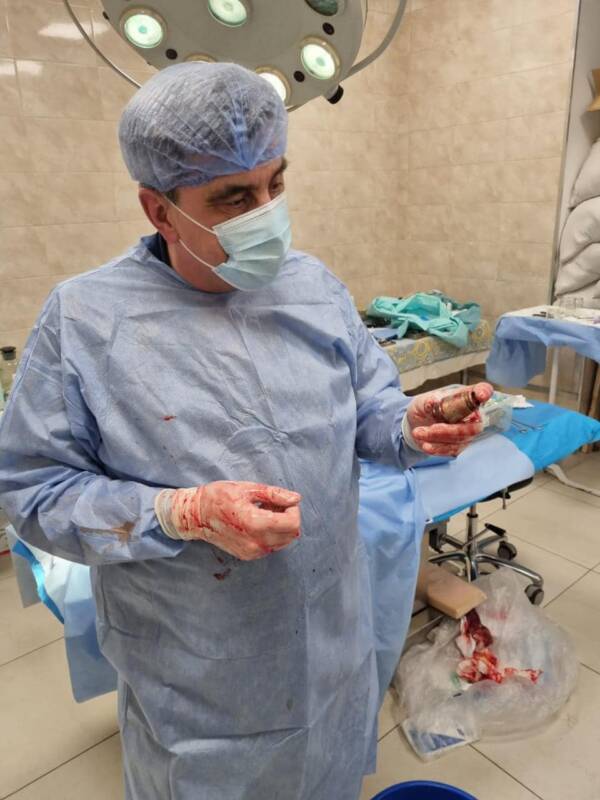 “The unexploded part of the grenade was taken from under the heart. The grenade did not explode, but remained explosive,” wrote Ukrainian internal affairs ministerial adviser Anton Gerashchenko in a Telegram update. “There have never been such operations in the practice of our doctors.”

While this operation may have been the first of its kind for Ukrainian doctors, there are several cases of similar procedures in history — though not many.

Notably, a 1999 study in the Journal of Military Medicine analyzed U.S. military data, finding 36 instances of unexploded ammunition being removed from patients dating back to World War II. Of those operations, 32 were successful. The other four patients died of their injuries.

Then, in 2006, U.S. military doctors removed a live grenade from a soldier’s abdomen, and in 2014, doctors removed live, possibly explosive, ammunition from a pregnant 23-year-old woman’s head in Afghanistan.

In the latter instance, the ammunition turned out not to be explosive, but the potential was enough for doctors to forego the use of electrocoagulation, just as the Ukrainian team did.

“I think this case will go down in medical textbooks,” Gerashchenko wrote.

After reading about this miracle surgery, read about the early days of plastic surgery and its pioneering surgeon, Harold Gillies. Or, read about the Colorado woman who spent $10,000 to save her beloved pet chicken’s life.