Montana Man Attacked By Same Grizzly Twice In One Day 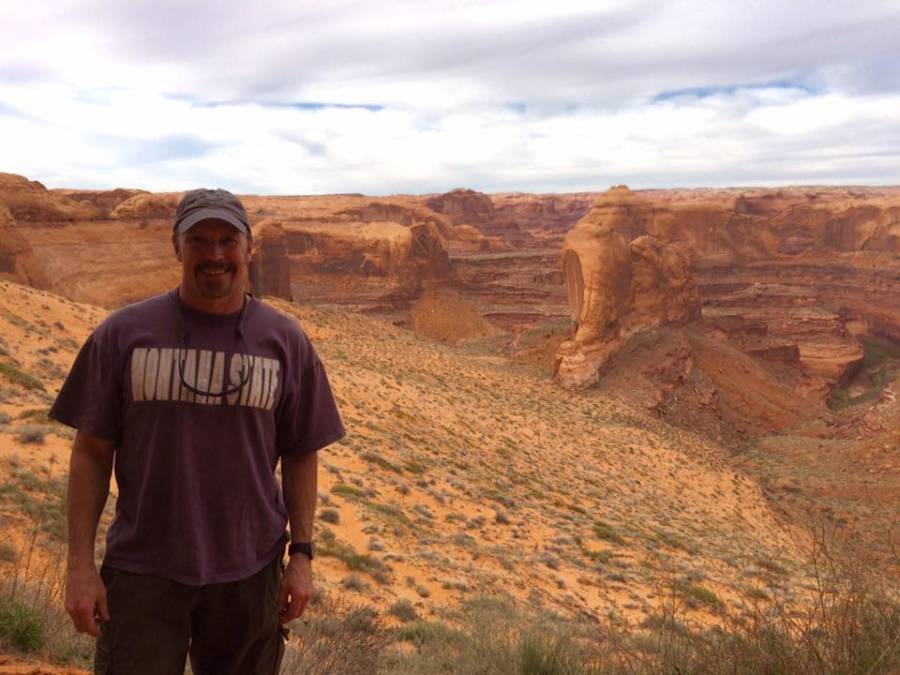 This past Saturday, Montana man Todd Orr endured not one, but two attacks from the same grizzly bear — and lived to tell the tale.

In fact, Orr told that tale in a video recorded minutes after the second attack and since shared to Facebook, where it has since been view more than 20 million times.

“She got my head good. I don’t know what’s under my hat,” Orr said in the video. And given the gruesome head wounds that were visible below his hat, that statement was rather ominous indeed.

Despite his wounds, Orr remained remarkably calm in the video above, then quickly got to the hospital, where he is now recovering. After reaching the hospital, Orr then shared the full story of his horrifying encounter on Facebook.

The trouble began when Orr, scouting for elk in the Madison Valley south of Bozeman, happened upon a sow and two cubs in an open meadow. The bears spotted Orr and continued on at first before the sow suddenly stopped, turned, and charged toward Orr.

“I yelled a number of times so she knew I was human and would hopefully turn back. No such luck,” Orr wrote. “Within a couple seconds, she was nearly on me. I gave her a full charge of bear spray at about 25 feet. Her momentum carried her right through the orange mist and on me.”

The bear pinned Orr down, biting and scratching with brutal power. “The force of each bite was like a sledge hammer with teeth,” Orr wrote. “She would stop for a few seconds and then bite again. Over and over. After a couple minutes, but what seemed an eternity, she disappeared.”

Orr wisely covered his neck with his hands (to protect his arteries) and made it through the first attack. Then, after walking/jogging five or ten minutes back down the trail to his truck, fate struck once more.

The same bear emerged out of the trees and began charging toward Orr:

“She either followed me back down the trail or cut through the trees and randomly came out on the trail right behind me. Whatever the case, she was instantly on me again. I couldn’t believe this was happening a second time! Why me? I was so lucky the first attack, but now I questioned if I would survive the second.”

As Orr tells it, the second attack may have been even worse than the first: “One bite on my forearm went through to the bone and I heard a crunch.”

Nevertheless, Orr was once again able to protect his neck and weather the attack. Then, all at once, the bear stopped:

“She suddenly stopped and just stood on top of me. I will never forgot that brief moment. Dead silence except for the sound of her heavy breathing and sniffing. I could feel and her breath on the back of my neck, just inches away…I didn’t move. And then she was gone.”

With the second attack over, Orr was able to jog to the trailhead, where he found another vehicle and called 911. Once at the hospital, Orr underwent eight hours of stitching to reach stable condition.

Now in recovery, Orr is still exhibiting the same astounding calmness and understatement that marked his post-attack video. “Not my best day,” he wrote on Facebook, “but I’m alive.”

Next, discover the incredible story of the deadly two-week polar bear siege on a remote Russian base that just recently came to a dramatic conclusion. Then, check out the bizarre grizzly-polar bear hybrid now popping up in Canada.