There are around 1,200 archaeological sites on Gran Canaria in the Canary Islands. This one, however, contained the remains of aboriginal Guanche newborns. 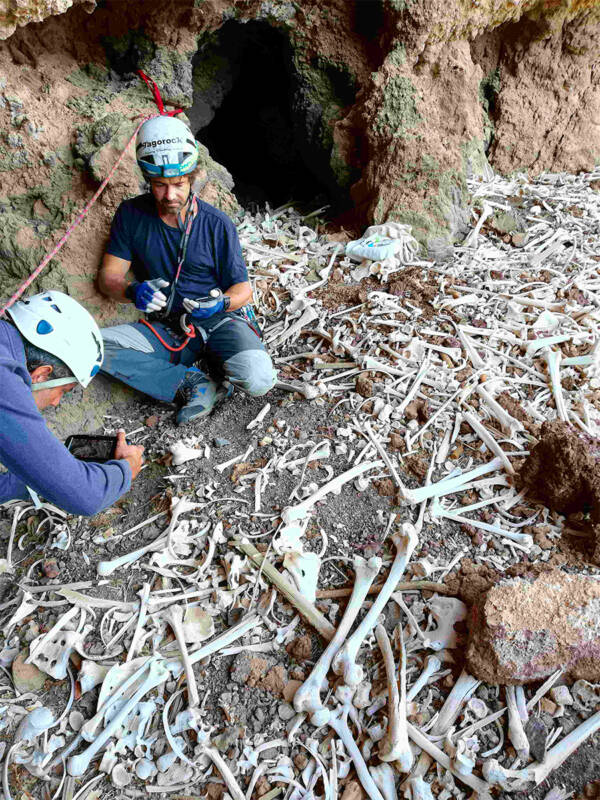 CEN/Cabildo de Gran CanariaThe human remains consist of bones from 62 adult Guanche people and 10 newborns — the latter of which have never been found before.

With technological advancements come new opportunities to rediscover our past. For archaeologists on Gran Canaria island, that means using drones to find the remains of 72 people from the pre-Hispanic Guanche civilization in a cave that dates back to between 800 and 1000 A.D.

According to the NY Post, the mummified remains were found entombed in the Guayadeque ravine and consist of 62 adult skeletons and 10 newborns. A 2017 genome-wide data project confirmed the Guanches were the original inhabitants of the Canary Islands and likely originated in North Africa.

Historians believe the civilization was both ethnically and culturally absorbed when the Spanish arrived in the 1400s and colonized the region. This latest discovery, aided by the use of an unmanned aerial vehicle, has since provided researchers with unprecedented insight into Guanche culture. 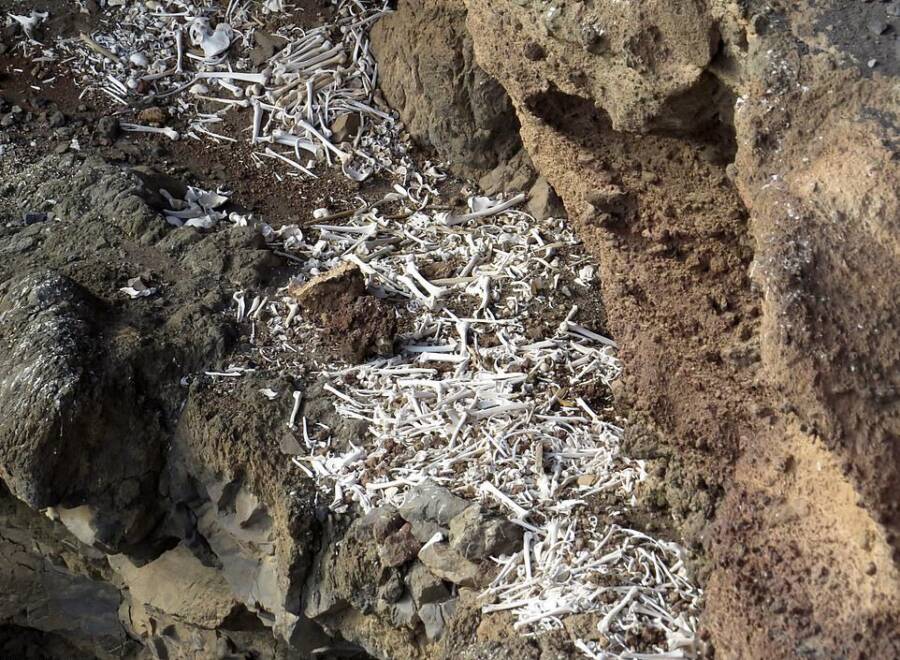 CEN/Cabildo de Gran CanariaSome thought the team’s aerial photography of the remains was fake, because there were so many bones.

“There are many burial caves in Gran Canaria, but not many like this one,” said archaeologist Veronica Alberto. “The discovery of the newborn remains is important as they were not included in previous findings until very recently. We know now they can be found in these types of cave burials.”

The group of resourceful amateurs calls itself “El Legado,” and was formed by Ayose Himar Gonzalez, Jonay Garcia, and Jesus Diaz. Once the drone located the cave, Alberto and her peers had to descend 75 feet to reach it.

“We were flying a drone and we took some pictures of the cave,” Gonzalez said. “It is in a very difficult place to access and you need to climb a cliff to reach the site. People thought the photos were fake because of all the bones there!”

In addition to the ancient human remains, the team found traditional burial shrouds made of vegetable fibers and animal skin.

“We can confirm that all the pre-Hispanic people in the Canary Islands were prepared the same way for the burial ceremony,” Alberto explained.

The Guanches were hunter-gatherers with a primitive knowledge of farming. They lived in caves and huts and embalmed and mummified members of the community with high social esteem similarly to the Egyptians. 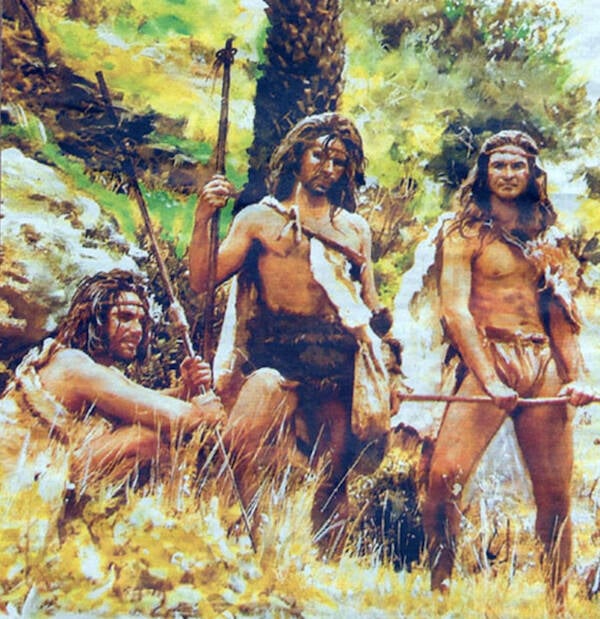 TwitterThe Guanche people were hunter-gatherers with some knowledge of farming. They developed a language of whistles to communicate across the ravines and valleys of the Canary Islands.

While these respected members were carefully prepared and entombed in caves when they died, those in lower classes were simply buried in the ground. The site of the discovery is only one of 1,200 archaeological sites in Gran Canaria, but unique because of the newborn remains.

Though the “El Legado” team discovered this cave in June 2019, the group decided to delay its reported findings out of an abundance of caution, fearing that the site would be vandalized before they could do their job properly.

“The cave should be closed off and preserved with the bones left there to respect the site,” said Gonzalez. “We decided to report it because we want the local authorities to preserve and respect it.” 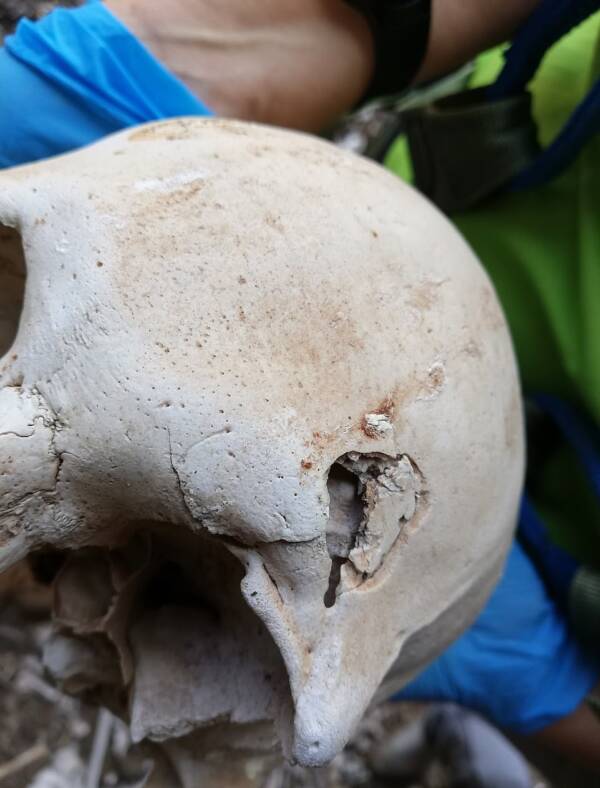 Perhaps most interesting is the Guanche language of Silbo (or Sylbo) Gomero. This was developed long before the Spanish arrived and was used to communicate through whistles across the ravines and valleys of the island.

Around 22,000 people today use the language, which turns Castilian Spanish into whistles. This ancient method essentially uses “two whistled vowels and four consonants,” with the sound capable of traveling for up two miles.

A TIME segment on the ancient Silbo or Sylbo method of communication.

Hopefully, this new discovery will shed even further light on the beliefs and practices of these ancient and fascinating people.

Next, read about the discovery of pre-human remains that suggest the earliest humans came from Europe, not Africa. Then, learn about the gallon-sized jars of human remains including infants found discovered in a Florida crawlspace.