A new national study, the first in 15 years on the topic, found that over half of gun owners weren't storing their guns safely at home. 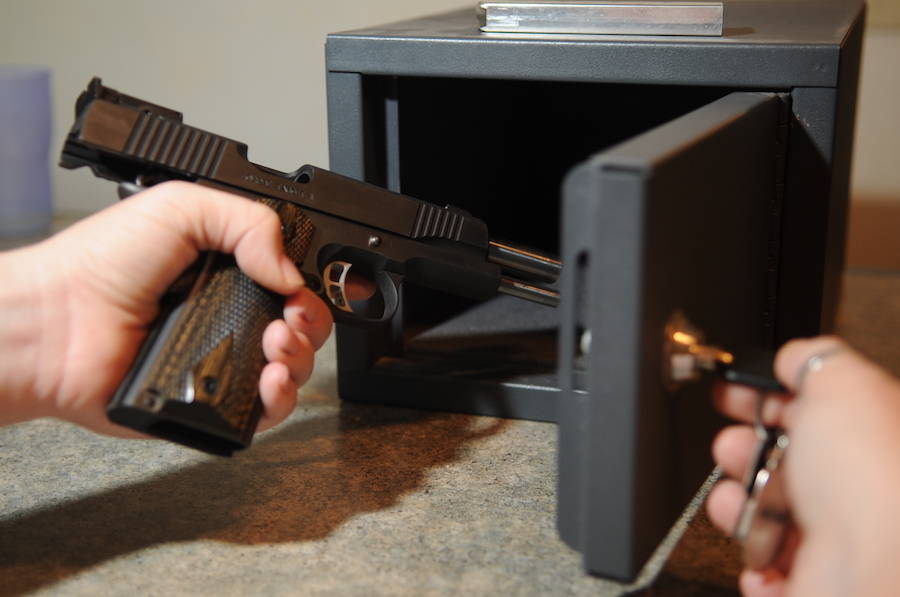 The tragic school shooting that took place in Parkland, Fla. on Feb 14, 2018, reignited the national debate on gun control measures.

A sense of urgency that comes with the gun control conversation is often contrasted by slow and stubborn bureaucracies. This juxtaposition can lead to feelings of frustration, hopelessness, and futileness.

This gap is overlooked, and the missing information could be imperative.

A new survey, conducted by researchers at John Hopkins Bloomberg School of Public Health and published in the American Journal of Public Health on Feb. 22, 2018, focused on that gap. In the first nationally representative survey of its kind in 15 years, over 1,400 U.S. gun owners were surveyed on gun storage practices.

It found that 54 percent of gun owners do not store their weapons safely.

Cassandra Crifasi, PhD, MPH, an assistant professor at John Hopkins School of Public Health and the lead author on the study spoke with All That’s Interesting on the findings.

“There have been other national surveys looking at opinions around gun policy, but none of those looks at the things gun owners do,” said Crifasi, adding “If we’re going to have strategies to reduce gun violence and gun deaths than we need to engage the people who own guns.”

So what defines safe storage?

Keeping all guns stored in a locked gun safe, cabinet or case, locked into a gun rack or stored with a trigger lock or other form of lock. These parameters are based on previous research showing that these practices reduce the risk of unauthorized access or use to guns.

The researchers set up four focus groups with 16 people before the online national survey.

Crifasi said the focus group participants were key to creating the national survey as “they gave us a really broad understanding about the types of issues we should be asking about.” 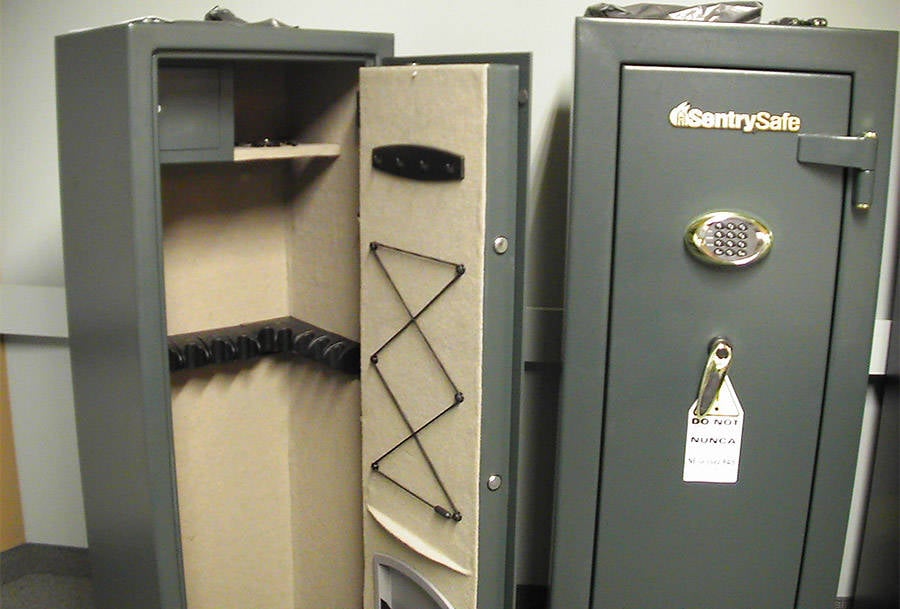 The survey didn’t explicitly ask people whether they stored their guns safely. Instead, it asked detailed questions about how the guns were stored, and the responses were compared to the safe storage definition.

Based on older research and work with the focus groups, the finding that over half of U.S gun owners don’t store their guns safely wasn’t completely unanticipated by Crifasi.

“We expected that people who didn’t have kids or lived alone may be less likely to store their gun safely because they’re the only ones in the home,” she said.

However, the survey also found that only 55 percent of homes with kids 18 years and under stored all their guns safely, a number that did surprise Crifasi.

Talking about that figure, she said, “just about half of gun-owning homes with children had safe storage for all their guns, and we know the risk of homicide and suicide and unintentional shooting among children, so I was surprised we didn’t see more.”

The most recent year of complete data on firearm deaths among children was done in 2016. It found that there were 1,637 deaths, with suicide accounting for 39 percent of those.

The ease with which people can buy guns and the types of guns legal for purchase are focal points when it comes to gun control discussion. And rightfully so.

But in the 2012 Sandy Hook Elementary School shooting, arguably one of the most devastating school shootings history and the second most deadliest, the guns Adam Lanza obtained were his mother’s, and came from the home he shared with her.

Even when others aren’t present in the house, the possibility of gun theft still exists.

“There’s still public safety benefits when you make it harder for people to steal them,” said Crifasi. 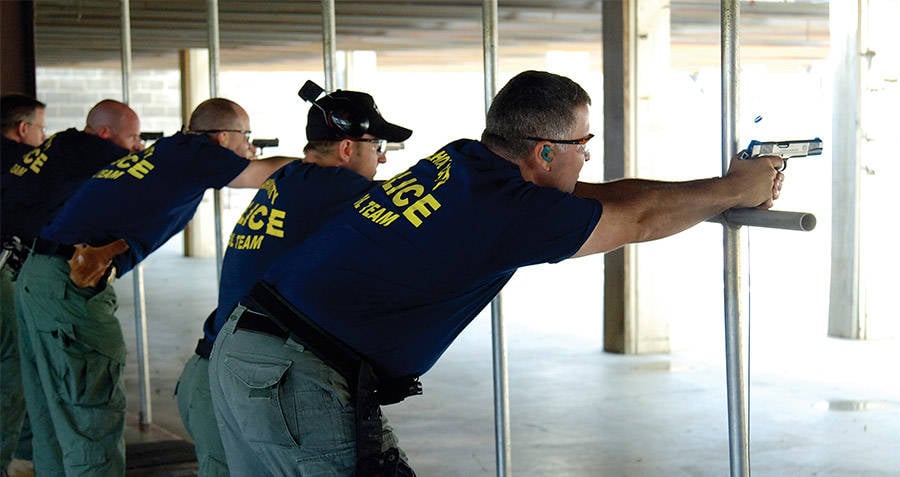 The survey looked into gun safety training courses as well. It found that gun owners who partook in such classes were twice as likely to practice safe storage for all their guns.

The survey indicated a clear public health emergency. But it also shed light on the fact unsafe storage wasn’t due to a lack of caring on the part of gun owners. It may simply be a lack of awareness.

So the question becomes, how can we craft messages that will encourage them to engage in safe storage?

These campaigns won’t do much though if the people they’re targeting aren’t connecting with what’s being said and who’s saying it.

By talking to gun owners, Crifasi said, “we wanted to learn what their behaviors are so that we don’t need to tell people to do something they’re already doing.”

This makes perfect sense, but a solid message is only part of the equation.

“When you think about who is effective at delivering a message, it’s generally someone that the group thinks is credible,” said Crifasi. “So we wanted to know among gun owners, who do they see as credible experts with regards to safe storage.”

The research found that 77 percent of respondents selected law enforcement. Behind that came hunting and outdoor organizations, active duty military, followed by military veterans, and then the NRA.

With law enforcement, in particular, there’s a mutual interest. Because stolen guns may be used in crimes. Or the police need to respond to instances where people gain access to firearms and accidentally shoot themselves or someone else.

As Crifasi said, “these are terrible events and safe storage can reduce some of that.”

So partnering more with law enforcement can increase the likelihood that safe gun storage messages will be perceived effectively.

On the contrary, physicians were not seen as good communicators on gun safety. Only 19 percent of participants called them credible.

Even though it’s standard for physicians to ask patients about things like sexual activity and drug and alcohol use, asking whether a patient keeps a gun in the house or has access to a gun isn’t.

“If we’re going to take advantage of the really unique point of contact physicians have with people that may be at risk, we need to have physicians that are confident and knowledgeable about guns, and safe storage and gun ownership generally,” concluded Crifasi.

That’s why Crifasi’s team is currently working with pediatric residents to find out how often they’re talking with patients or patients’ parents about gun ownership and storage. It’s an effort to get at “some of the challenges around why physicians were seen as such poor messengers so that we can have some strategies to improve them as messengers.”

Let’s be clear. This study isn’t to say that other measures don’t need to be taken in regards to gun control and gun safety.

But the fact of the matter is, there are steps that can be taken right now to increase gun safety that doesn’t involve gun owners giving up their guns or government approval.

If you found this interesting, you may want to read about how half of America’s guns are owned by just three percent of the adult population. Then you can read about how mass shootings lead to spikes in gun sales.