Gwen Shamblin Lara rose to fame thanks to her Christian diet program Weigh Down Workshop — then transformed it into a religion that many have described as a cult.

For Gwen Shamblin, dieting was divine. The weight-loss guru turned church leader grew to prominence in the 1980s and 1990s by encouraging people to “transfer over their love of food to a love of God.” But many of Shamblin’s former followers say that her sermons had a dark side.

As investigated in the HBO documentary series The Way Down: God, Greed, and the Cult of Gwen Shamblin, Shamblin’s Remnant Fellowship Church did more than preach good dieting practices. It also allegedly encouraged women to be “submissive,” suggested beating misbehaving children with items like glue sticks, and threatened anyone who wanted to leave.

Over the years, family members of adherents have called it a “cult,” and at least one child died after his church-going parents beat him to death.

Yet the story of Gwen Shamblin took one final, fatal turn in 2021 when she, her husband, and a number of other church members died in a plane crash. This is her true story, from her astonishing rise to her shocking fall.

Gwen Shamblin And The Weigh Down Workshop 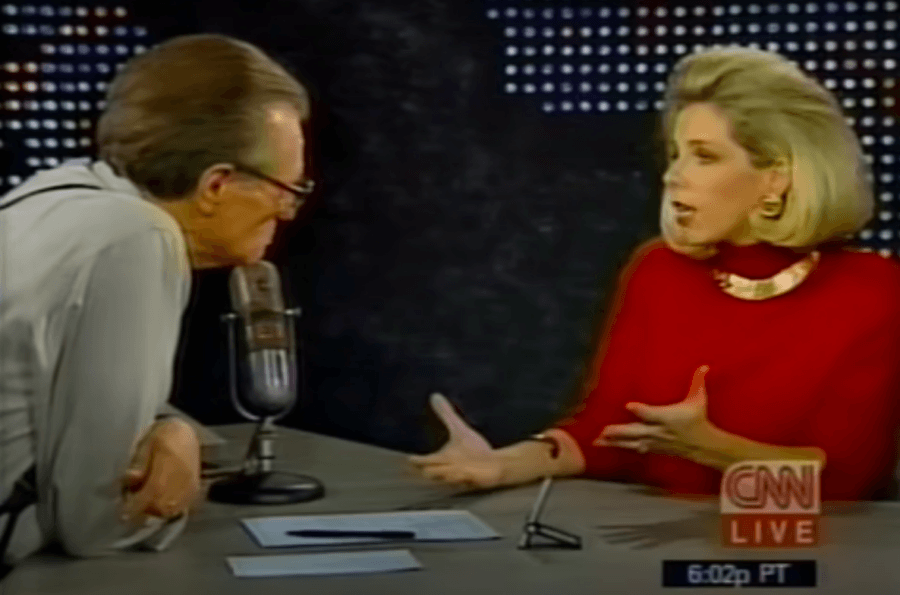 YouTubeGwen Shamblin explaining the Weigh Down Workshop to CNN’s Larry King in 1998.

Born on February 18, 1955, in Memphis, Tennessee, Gwen Shamblin had an interest in health and religion from almost the very beginning. Raised in the Church of Christ, she had a doctor for a father and went on to study dietetics, and then nutrition, at the University of Tennessee in Knoxville.

According to the Remnant Fellowship Church’s website, Shamblin then worked as an “Instructor of Foods and Nutrition” at the University of Memphis and with the Health Department of Memphis. But in 1986, she decided to combine her faith and her career. Shamblin started the Weigh Down Workshop, which sought to help people use their faith to lose weight.

It was a hit — Shamblin’s philosophy spread to churches across the country, attracting more than 250,000 people to attend her workshops worldwide by the late 1990s. She also wrote a bestselling book, The Weigh Down Diet.

“Dieting makes people totally obsessive about food,” she told the Washington Post in 1997. “The food rules. I teach people to transfer over their love of food to a love of God. Once you stop obsessing on the food, you’ll be able to stop right in the middle of that candy bar.”

She added: “If you focus your attention on God and prayer instead of the magnetic pull of the refrigerator, it’s amazing how free you’ll be.”

Gwen Shamblin, too, desired more freedom. In 1999 — allegedly at the command of God — she decided to leave the Church of Christ, which didn’t allow female leaders. Then she started her own church, the Remnant Fellowship Church, and continued to promote her philosophy. 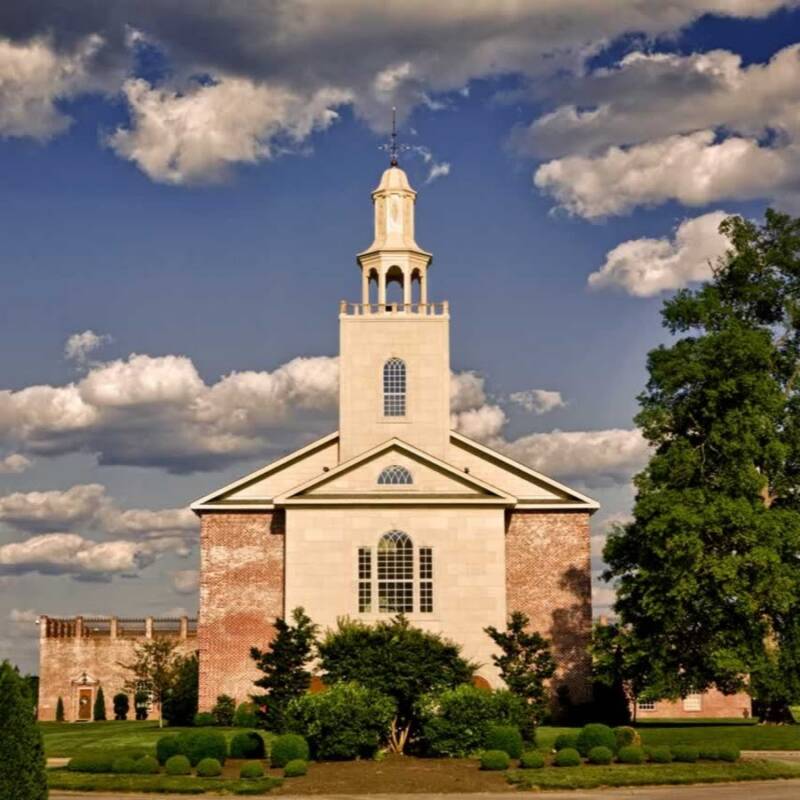 The Remnant Fellowship Church, under Gwen Shamblin’s leadership, grew and grew. By the time of her death in 2021, it had some 1,500 congregants spread across 150 worldwide congregations, according to The Tennessean.

By then, Shamblin’s teachings had spread beyond weight loss. Remnant claimed to have helped people “[break] free from slavery to drugs, alcohol, cigarettes, overeating, and overspending,” per Esquire. It also offered other guidelines about how to live, instructing its members that “Husbands are kind like Christ, women are submissive, and children obey their parents.”

But some former adherents claim that Gwen Shamblin’s Remnant Fellowship Church held a vice-like grip over its congregants. According to The Guardian, church leaders like Shamblin heavily influenced members’ finances, marriages, social media, and contact with the outside world.

“You know to talk to your kids about [drunk] driving, the dangers of drug-taking, how to have safe sex, but you never expect to have to teach them not to join a cult,” said Glen Wingerd, whose daughter joined Remnant.

Another member talked about how the church triggered eating disorders and mental health issues in some of its members, saying, “I was in a very deep depression while at Remnant. Who am I going to talk to?”

In 2003, Shamblin and Remnant Fellowship Church also faced accusations of influencing a couple, Joseph and Sonya Smith, to beat their 8-year-old son Josef to death. According to the Daily Beast, audio recordings caught Shamblin encouraging the Smiths to use “harsh discipline” with their son. 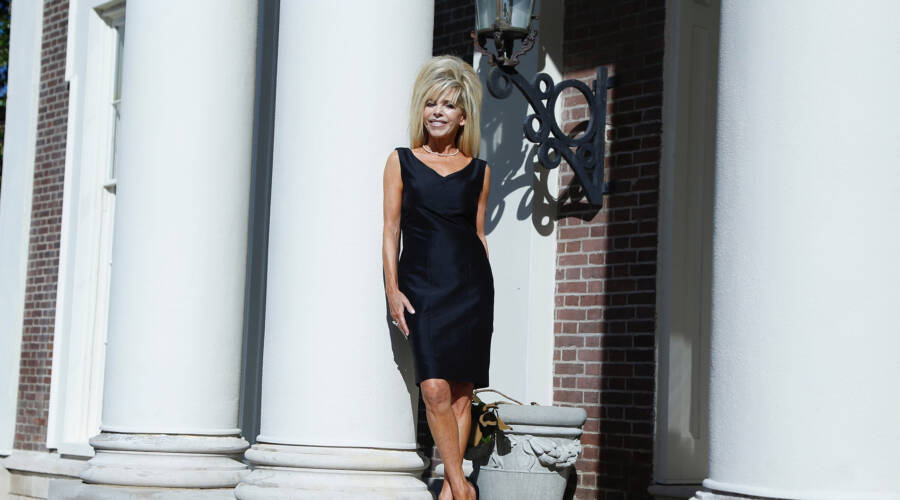 Indeed, police felt that the church had played some role in Josef’s death.

“A lot of our evidence is that they disciplined their children in ways the church recommended,” said Cpl. Brody Staud of the Cobb County, Georgia police, according to The New York Times. “It’s possible that these two parents took what they learned to the extreme.”

Though the Smiths were sentenced to life in prison plus 30 years, Remnant Fellowship Church avoided any culpability. (The church did, however, fund their legal defense and unsuccessfully appealed for a new trial, per Bustle.)

Over the years, some also accused Gwen Shamblin of hypocrisy when it came to her first husband, David. “When Gwen started doing the Weigh Down Workshop tapes back in the late ’90s, he was very visible. He was very much a part of it,” explained former member Richard Morris to People.

But as Shamblin’s prominence grew, David — who was visibly overweight — appeared in public less and less. And though Shamblin had spoken out against divorce for her followers, she suddenly divorced David after 40 years of marriage to marry Tarzan in Manhattan actor Joe Lara in 2018.

“All of those years you have told people to suffer through their marriage, but then whenever the spirit hits you, you done had a whole change of heart, now it’s okay to get divorced,” former member Helen Byrd told People. 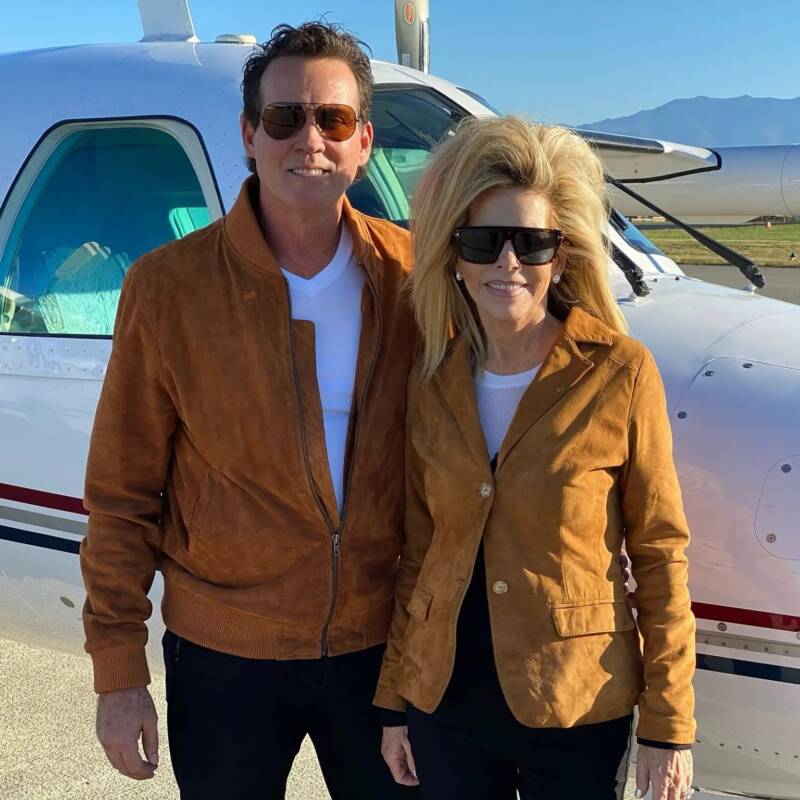 Joe Lara/FacebookGwen Shamblin Lara and her husband, Joe, in front of a plane.

On May 29, 2021, Gwen Shamblin Lara boarded a 1982 Cessna 501 private plane at the Smyrna Rutherford County Airport in Tennessee. She was accompanied by her husband — who was believed to have been flying the plane — along with church members Jennifer J. Martin, David L. Martin, Jessica Walters, Jonathan Walters, and Brandon Hannah.

The group was headed to a “We The People Patriots’ Day Rally” in support of former President Donald Trump in Florida. But shortly after the plane took off, it plunged straight down into Percy Priest Lake, killing all aboard. The cause of the crash was believed to have been a mechanical failure.

“Gwen Shamblin Lara was one of the world’s most kind, gentle, and selfless mother and wife, and a loyal, caring, supportive best friend to all,” the statement said, per The Tennessean. “She lived every day laying down her own life to ensure that others could find a relationship with God.”

The church also declared that Shamblin’s children Michael Shamblin and Elizabeth Shamblin Hannah “intend to continue the dream that Gwen Shamblin Lara had of helping people find a relationship with God.”

Though Gwen Shamblin Lara’s death also threw the future of the HBO documentary series about her into doubt and complicated the filming process, its producers resolved to carry on with the project.

“It was never about not continuing,” said Marina Zenovich, the documentary’s director, told The New York Times after the plane crash. “It’s about shifting how we were going to tell the story.”

In fact, more people wanted to talk to the documentarians after Gwen Shamblin Lara’s death — since they finally felt comfortable coming forward — which led HBO executives to add more episodes to the series.

“There is a fuller story to be told,” explained Lizzie Fox, the senior vice president of nonfiction at HBO Max. Thus, the final two episodes of The Way Down: God, Greed, and the Cult of Gwen Shamblin, will debut on April 28, 2022, about seven months after the first three episodes were released.

For their part, Remnant Fellowship Church has heavily criticized the HBO documentary series. Shortly before it first aired in September 2021, they released a statement calling it “absurd” and “defamatory.”

In the end, depending on where you stand, Gwen Shamblin Lara is either a scam artist or a savior. She’s either built a church or constructed a cult.

After reading about the life and death of Gwen Shamblin Lara, look through these stories about life inside famous cults. Or, discover the shocking story of the Heaven’s Gate cult and its infamous mass suicide.