Discover The Gympie-Gympie, The ‘Suicide Plant’ Hidden In The Australian Rainforest

Though it's covered in a layer of downy fuzz, the "hairs" of the gympie-gympie plant deliver a sting so toxic that the pain can last for years. 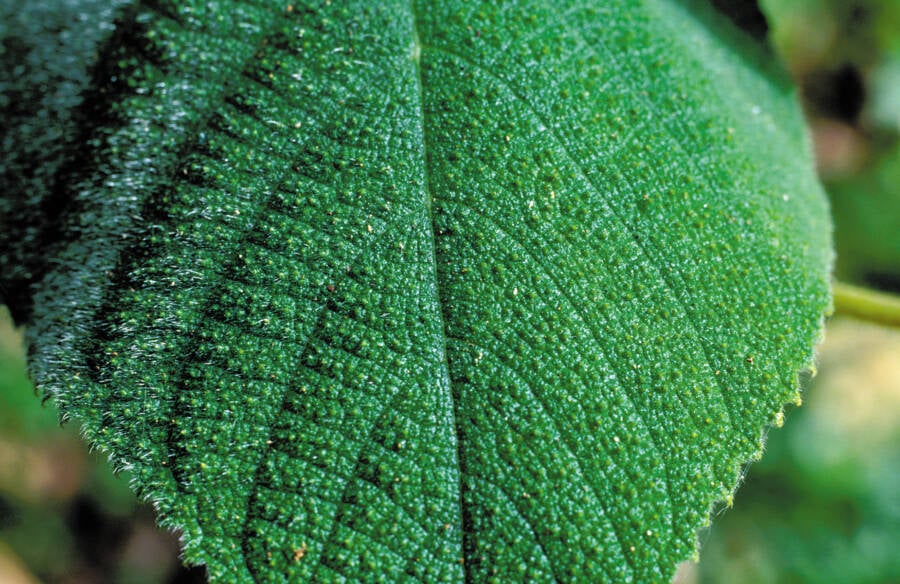 Although the leaves of the gympie-gympie plant may look soft and fuzzy, one touch will make anybody regret they ever saw it.

That’s because this stinging bush delivers one of nature’s most painful experiences. In fact, this native to the Australian rainforest has a sting that’s so intense, it’s driven soldiers to suicide ⏤ and the British government once considered using it as a biological weapon of war.

Discover the deceptively downy gympie-gympie below, though from a safe distance. 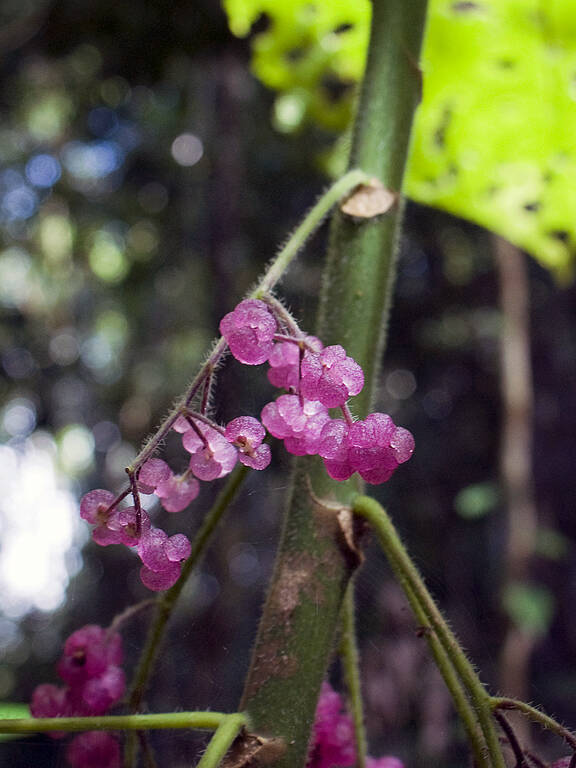 Wikimedia CommonsDon’t be fooled by the vibrant flowers and fruit of the gympie-gympie, they too are covered in a stinging “fur.”

The gympie-gympie, or Dendrocnide moroides, is a type of stinging bush that gets its name from the Australian town of Gympie, where gold miners first identified and named it the “Gympie bush” in the 1860s.

The plant thrives in tropical environments and is largely found across Australia in New South Wales, but it is most common in southern Queensland and up to the Cape York Peninsula. It is especially common in the Atherton Tablelands. However, it has also been found in Indonesia.

The gympie-gympie is one of four species of stinging tree or brush in Australia, though the gympie-gympie is by far the most painful. The poisonous plant, which is also in the nettle family, can grow up to 10 feet tall and has large heart-shaped leaves that can measure two feet across.

Though the plant bears small purple or red fruits, which are eaten and distributed by birds, it’s not worth picking. That’s because the gympie-gympie is also covered leaf to stem in fuzzy “hair.”

The Science Behind The ‘Suicide Plant’s’ Sting 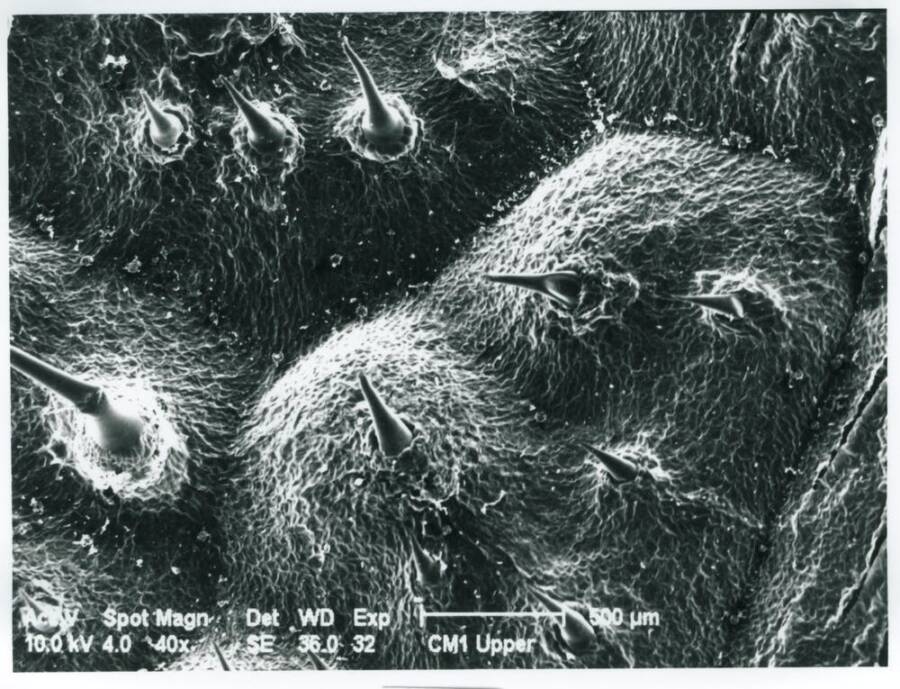 It is through these hairs that Dendrocnide moroides delivers its neurotoxic sting.

The hairs work like a “self-injecting hypodermic needle.” There is a bulb at the shaft of each hair that supplies it with toxin and each hair is easily broken off the leaf or stem. When the hair breaks off of the bulb, it sticks into the skin and releases its toxin.

The hairs are so small they practically disappear into the skin on contact and can continue to cause pain months after injection.

Worse still, the gympie-gympie stealthily sheds its hairs into the air around it. Because it sheds, just being near the sneaky little plant puts you at risk for toxic exposure.

It is unknown why exactly these hairs cause such pain. The toxin from the bulb is not well understood, and it’s possible there is a chemical reaction happening within the hair itself.

However it works, the toxin is incredibly stable — so much so, in fact, that it can cause up to two years of pain in the body. The stability of the toxin also ensures that even centuries-old dried samples can wreak havoc on contact.

Excerpt from the documentary Plant Secrets by director François-Xavier Vives, featuring Marina Hurley and the gympie-gympie.

The hairs of the gympie-gympie cause immediate pain. The first sensation has been described as feeling like 30 wasp stings. After that, one’s lymph nodes will begin to swell, which creates a sensation of immense pressure. Then, the pain only intensifies until it peaks around 30 minutes later.

Unfortunately, the hairs don’t have to come into contact with your skin for the plant to inflict damage. Just being near the plant for too long will begin to wreak havoc on the respiratory system. Overexposure has caused nosebleeds, respiratory damage, and intense sneezing. This is most likely due to the airborne hairs that the gympie-gympie sheds.

There is no known antidote to the torturous stinging hairy leaf. Dr. Hugh Spencer of the Cape Tribulation Tropical Research Station advises victims not to rub the area of infection, as this can break the hairs and spread them further into the skin.

He also recommends pouring a 1:10 solution of diluted hydrochloric acid over the sting. This should help to neutralize the pain. Finally, use waxing strips to try to pull out as many of the hairs as possible.

Victims will experience intense pain no matter what, but this approach should at least minimize the long-term effects — which have been noted to last months.

One of the first accounts of the severe pain caused by the gympie-gympie comes from a surveyor named A.C. Macmillan in 1866. While surveying North Queensland, Macmillan reported that his packhorse “was stung, got mad, and died within two hours.” There are even local stories of horses running off cliffs to end their pain.

Marina Hurley, an entomologist and ecologist who studied the plant while working toward her Ph.D. in Queensland in the late 1980s, described the sting of the gympie-gympie as the “worst kind of pain you can imagine — like being burnt with hot acid and electrocuted at the same time.” 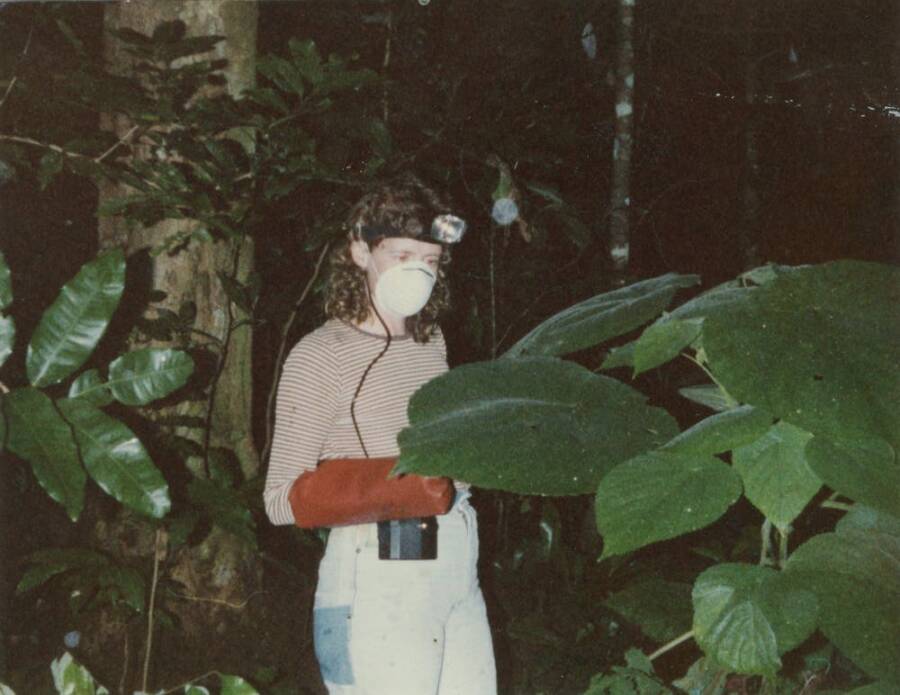 During her research, Hurley came upon the story of Cyril Bromley, who fell into a gympie-gympie plant during his military training in World War II. He reported that his pain was so intense that he had to be strapped down to a hospital bed for three weeks, feeling as “mad as a cut snake.”

Though Cyril lived to tell the tale, he knew of a less fortunate soldier who did not. The other unlucky soldier who felt the gympie-gympie’s wrath shot himself to escape the agony.

Hurley also heard of a Queensland forester who suffered residual pain from the toxic stings for two whole years. Another forester, Les Moore, lost sight for a few days after being stung by the plant across the face.

Fortunately, foresters sent into the brush today are given gloves, respirators, and antihistamine tablets to help protect them from this beastly plant. But there are some creatures that are impervious to it — and even choose to dine on it.

A Meal For Some And A Potential Weapon Of War 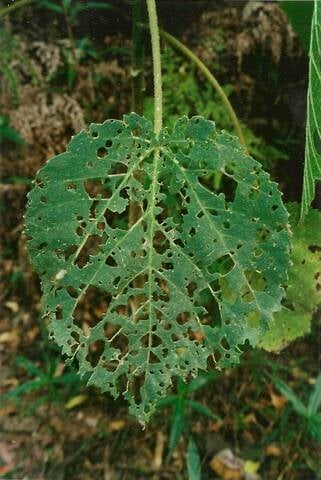 Wikimedia CommonsA partially — and shockingly — eaten leaf of the gympie-gympie.

Surprisingly, there are creatures that are able to eat the toxic bush. These include the nocturnal leaf-eating chrysomelid beetle and even a small marsupial known as the red-legged pademelon.

Humans can eat the juicy fruit of the gympie-gympie, but only if they have taken the time to properly and painstakingly remove every one of its hairs.

Then, there are some who have considered using it as a biological weapon.

Back in 1968, the British Army expressed significant interest in the plant, and there’s some suggestion that they were interested in using the neurotoxin to develop a biological weapon of war.

But there’s no evidence to suggest that they did — either it was a mere rumor, or they destroyed all the evidence. Even if they did succeed in developing a biological weapon of war, however, doing so would be in violation of the Geneva Protocol of 1925, which banned the use of such weapons after World War I.

The gympie-gympie, however, obviously doesn’t abide by international treaties… leaving it free to induce terror in those unlucky enough to fall into its trap.

Now that you’ve learned about the torturous gympie-gympie plant, learn about other ways that nature likes to inflict pain by reading about Fritillaria delavayi, the plant that hides from humans. Then, read about how this gnarly parasitic worm burrowed into a man’s penis — and laid eggs.