The Haast's eagle was the largest predator in prehistoric New Zealand and the biggest eagle that has ever lived.

The Haast’s eagle was the largest eagle species known to man. These humongous birds weighed up to 33 pounds and had an 8-foot wingspan. They inhabited the South Island of New Zealand, which was a hidden oasis to a number of unique birds in prehistoric times. 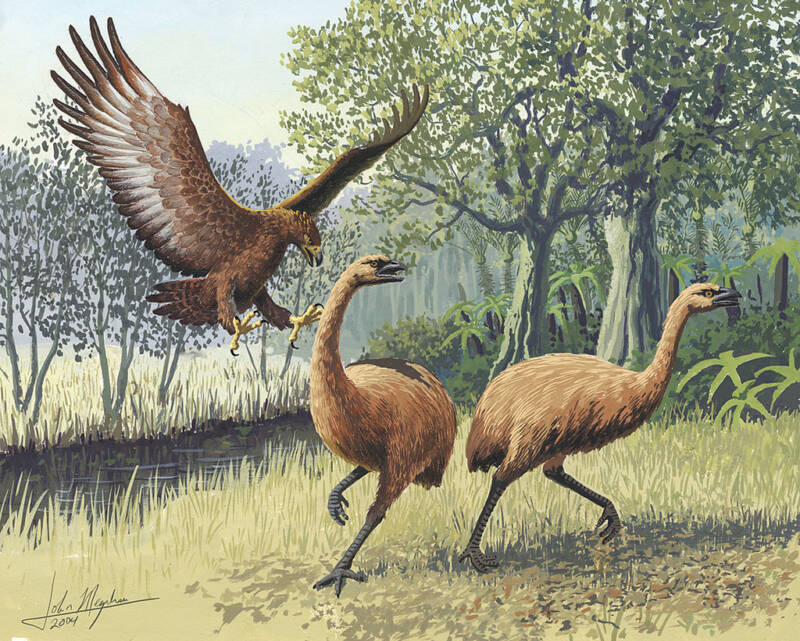 Wikimedia CommonsThe Haast’s eagle was the largest eagle species on Earth before it went extinct.

But the arrival of humans triggered an unsuspecting domino effect that led to this majestic eagle’s extinction in about 1400.

The Largest Eagle Known To Man

Before the arrival of humans, New Zealand was a thriving ecosystem of unique wildlife unlike anywhere else on Earth.

On the South Island, the largest predator to stalk the territory was an enormous bird now known as the Haast’s eagle. Its scientific name is Hieraaetus moorei (formerly Harpagornis moorei). 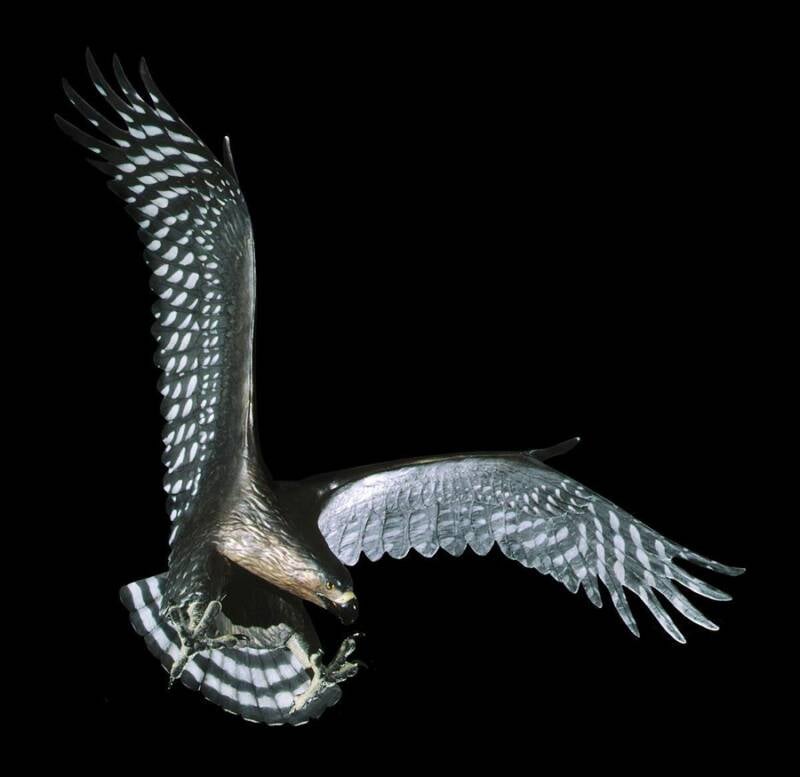 Early settlers who witnessed the Haast’s eagle while it was still around would know its predatory prowess almost instantly based on its size.

Like many eagles, the females were heavier than their male counterparts — and weighed up to 33 pounds. Meanwhile, female harpy eagles — the largest living eagles in the world today — just weigh up to 20 pounds.

Indeed, the world’s largest eagle breed today would be dwarfed by the massive Haast’s eagle of the past. However, there was a downside to the Haast’s eagle’s size — it was very hard for the bird to lift itself off the ground, even with its intimidating wingspan. 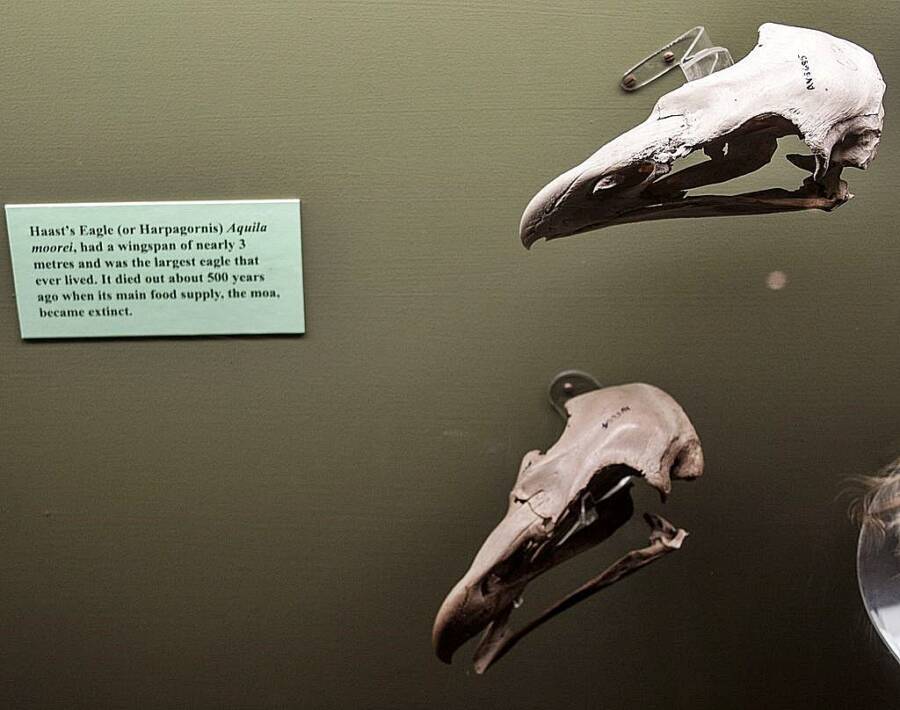 Wikimedia CommonsBones of the Haast’s eagle were uncovered by a museum taxidermist in 1871.

As such, scientists believe that this giant eagle largely scoured the forests and subalpine areas in the island for food. Sometimes, they may have even surveyed the lower scrublands. Instead of soaring through the air for long periods of time, the Haast’s eagle would’ve likely perched atop clear vantage points and eyed its prey from there.

Haast’s eagles were probably at the top of the food chain on the island. They preyed on other local birds like aptornis, weka, takahē, duck, and geese.

But their primary food source was one of the largest animals on the island: the moa. These were giant flightless birds that weighed about 440 pounds. Like the Haast’s eagle, the moa is also extinct.

With the Haast’s eagle’s powerful talons, it could easily attack prey like moa from above, summoning a force equivalent to a concrete block falling from the top of an 8-story building.

Its DNA Is Embedded In New Zealand’s History 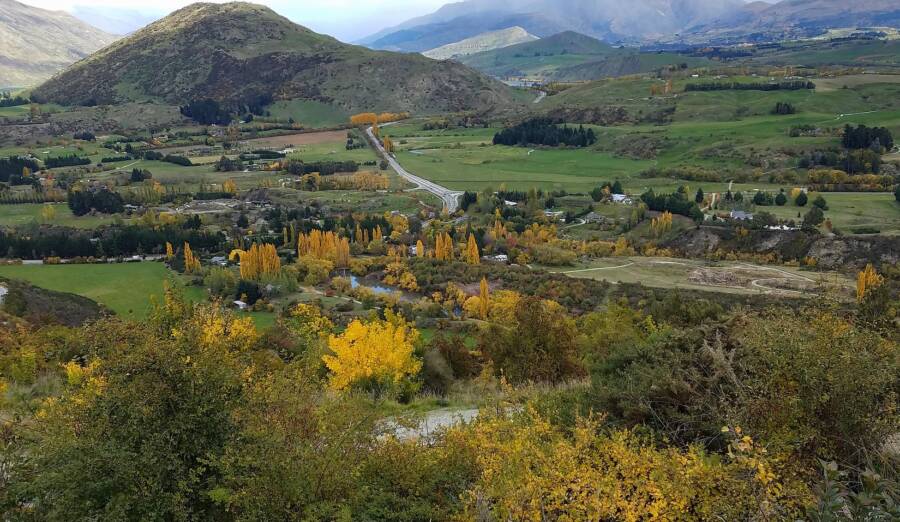 John Fowler/FlickrThe Haast’s eagle was one of the top predators of South Island before human settlers arrived in the late 13th century.

Stories and depictions of the eagle emerged in the folklore and artwork of the Māori people, the first humans to inhabit New Zealand after their arrival from Polynesia, likely between 1200 and 1300.

Legends and cave drawings of the giant eagle — or pouakai as the Māoris called the flying beast — were part of Māori culture. This documentation suggests that the Māoris coexisted with the Haast’s eagle for at least some time. But it may not have been a peaceful coexistence.

While the eagle was known to mostly kill birds, it’s believed that the predator may have attacked Māori tribespeople as well. Māori oral tradition hints that young children may have been especially vulnerable to these attacks. Chillingly, studies have found that the eagle was big and strong enough to attack humans if it really wanted to — and it may have even eaten them.

That said, it’s worth noting that the eagle probably wasn’t always as menacing as it was during that time period.

A 2019 analysis of the Haast’s eagle’s genetics surprised researchers when it revealed that the giant eagle was closely related to Australia’s Little Eagle, a small breed that measures up to 21 inches and weighs only 1.8 pounds.

As it turned out, the two birds shared a common ancestor sometime near the start of the most recent Ice Age.

“The initial estimate for a common ancestor of Haast’s eagle and the little eagle was about a million years ago,” said Michael Knapp, a researcher at the University of Otago’s Department of Anatomy and the lead researcher of the genetic study. “On an evolutionary time scale, that is essentially yesterday.” 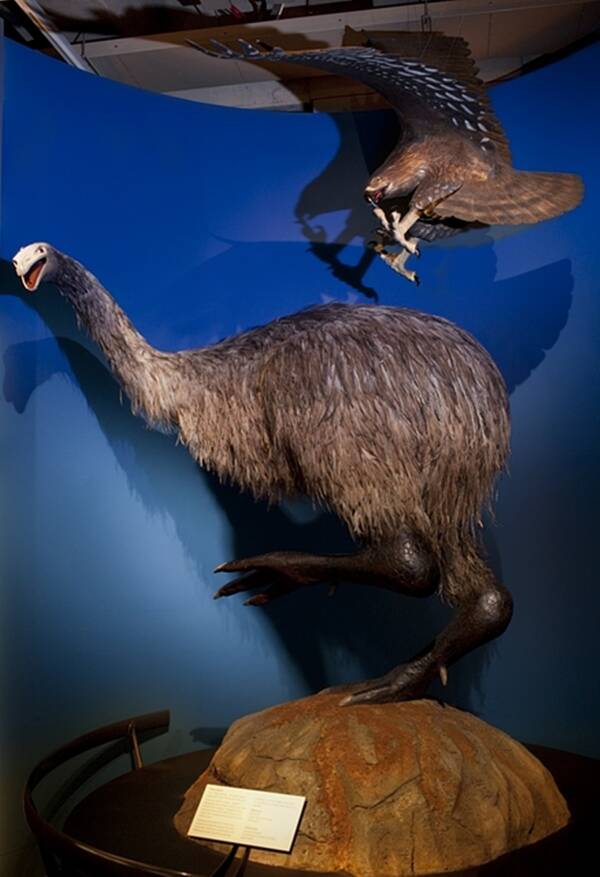 The Museum of New Zealand Te Papa TongarewaScientists have linked the Haast’s eagle’s extinction to the disappearance of another avian, the moa, which was its primary food source.

South Island is the most common area of New Zealand where the bird’s bones have been uncovered by researchers. Scientists estimate that the Haast’s eagle first came to be on the island about 2 million years ago before it evolved into the giant eagle that captivated — and possibly terrorized — the first human inhabitants.

While the Māori people lived among the Haast’s eagles, the bird wasn’t known to European settlers who explored the islands in the 17th and 18th centuries. And the giant eagle’s existence remained unknown to European scientists until 1871 — when museum taxidermist Frederick Fuller dug up its bones while exploring a swamp in North Canterbury.

Fuller relayed the exciting news to the director of the Canterbury Museum, Julius von Haast, who issued the first scientific description of the bird. Further excavations on the South Island yielded more remains of Haast’s eagles, thus providing researchers with a fuller picture of the story. 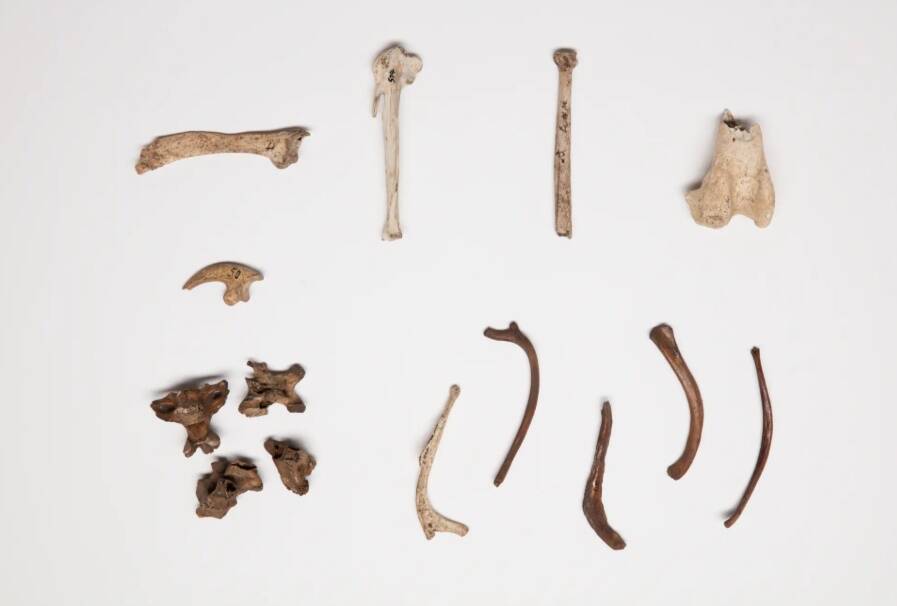 The Haast’s eagle thrived for centuries in the wild as an apex predator within its ecosystem on South Island.

Due to its faraway location, New Zealand was an isolated haven of unique flora and fauna that flourished free from human contact. It was essentially a land of birds. That is, of course, until the Māoris arrived on the islands in the 13th century.

The abundance of moa bones and other specimens excavated from early dumping sites suggested that these early human settlers relied heavily on the moa birds for their meat, skin, and feathers. 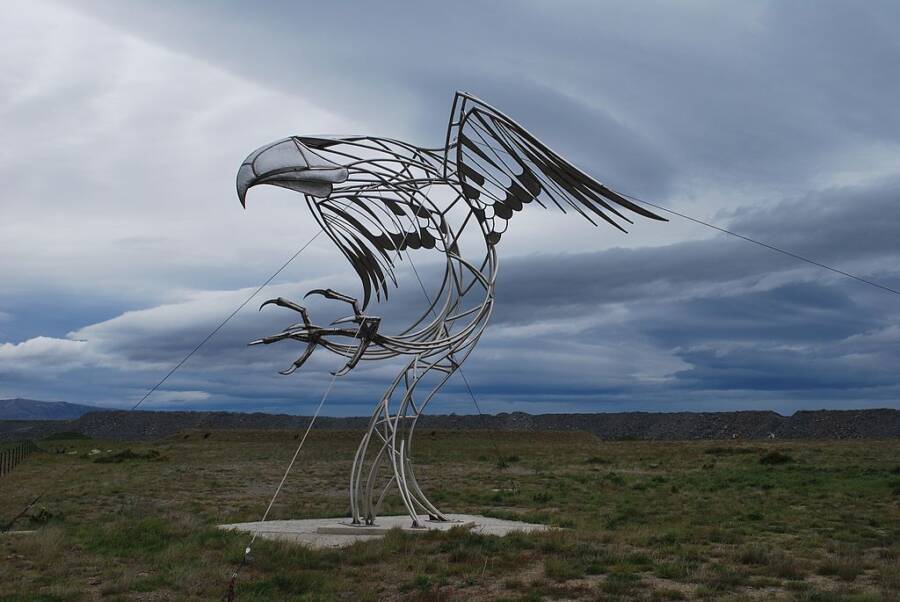 Wikimedia CommonsThe Haast’s eagle’s extinction is a reminder of man’s far-reaching impact on the ecosystem.

It’s clear that the overhunting of moa birds diminished its population — and this severely affected the Haast’s eagle’s ability to thrive without its major food source.

Since Haast’s eagles were the top predators in their environment, scientists believe that they did not have an abundant population, nor did they have a high reproduction rate.

So when the moa birds — the eagle’s food source — died off, the eagle likely perished shortly thereafter. This theory is further supported by scientific estimates that the giant eagle disappeared around the same time as the moa — about 500 to 600 years ago.

The extinction of the Haast’s eagle is a reminder of the consequences of human influence on our Earth — and the flora and fauna that have been lost throughout the years.

Now that you’ve learned all about the Haast’s eagle, take a look at the ancient Mongolian art of hunting with eagles, which is a sight to behold. Next, read how a man pled guilty for shooting down a bald eagle and then running it over with an ATV.