These giant worms originate in Southeast Asia and some species can grow to be two feet long. 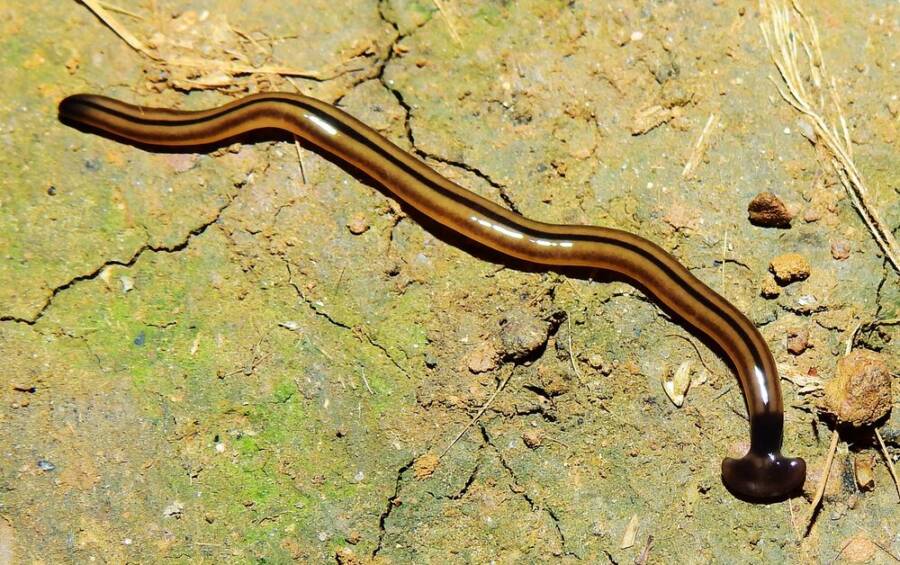 Sébastien SantWildlife officials in Virginia were dumbfounded by an unusual “snake” that was later identifed as a giant hammerhead worm.

In early November, officials from Virginia Wildlife Management and Control came across something they had never seen before: a slithering creature that looked like a snake with an odd hammer-shaped head. The agency shared a photo of the slinking animal on their social media page.

“We identify thousands of snakes every year…but the problem is, we’ve never seen anything like it before and we’re not sure if it’s a freak of nature,” read the caption on the post, which has since been deleted.

But the animal wasn’t some bizarre new snake species. It was actually an invasive giant worm.

As the Charlotte Observer reports, the strange animal was later identified as a hammerhead worm. According to the Texas Invasive Species Institute, the hammerhead worm is a “terrestrial flatworm” that is native to Southeast Asia. Wildlife officials may have been unable to identify the critter because it is an invasive species.

These giant hammerhead worms or Bipalium kewense got their scientific name when they were first identified outside of Asia in 1878 in the tropical greenhouse of Kew Gardens, London. The garden held a plethora of exotic plant species that had been brought to England by British researchers. “Kewense” is a Latin term meaning “from Kew.” 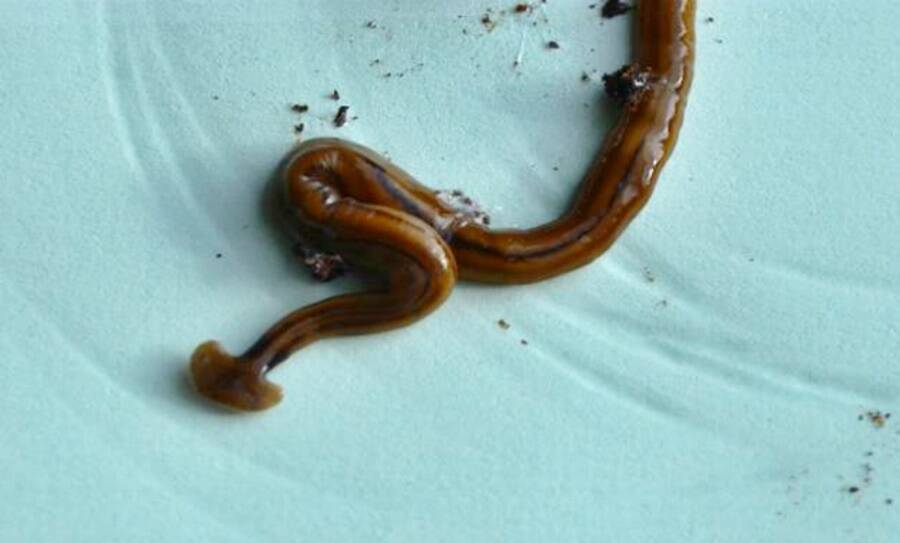 Institute of Food and Agricultural Sciences/University of Florida
These flatworms were first identified outside of Asia in the exotic plants garden of London in 1878.

Since the 1990s, at least five of these flatworm species have been detected in parts of France and in French colonial territories. Now, the species is also present in the U.S.

These giant worms have been thriving outside of their natural environment for a number of reasons. The first is that they are hermaphroditic, meaning they have both male and female genitalia. This biological attribute makes it easy for the flatworms to reproduce.

“Another reason is the absence of predators,” said Jean-Lou Justine, the lead author on a previous study of the invasive worm species and a professor with the Department of Systematics and Evolution at the National Museum of Natural History in Paris. “Land flatworms produce chemicals that give them an unpleasant taste,” which means predators don’t eat them.

However, these worms can grow pretty big with some species reaching two feet in length, which may be why the Virginia resident who first reported the hammerhead sighting thought it was a snake. 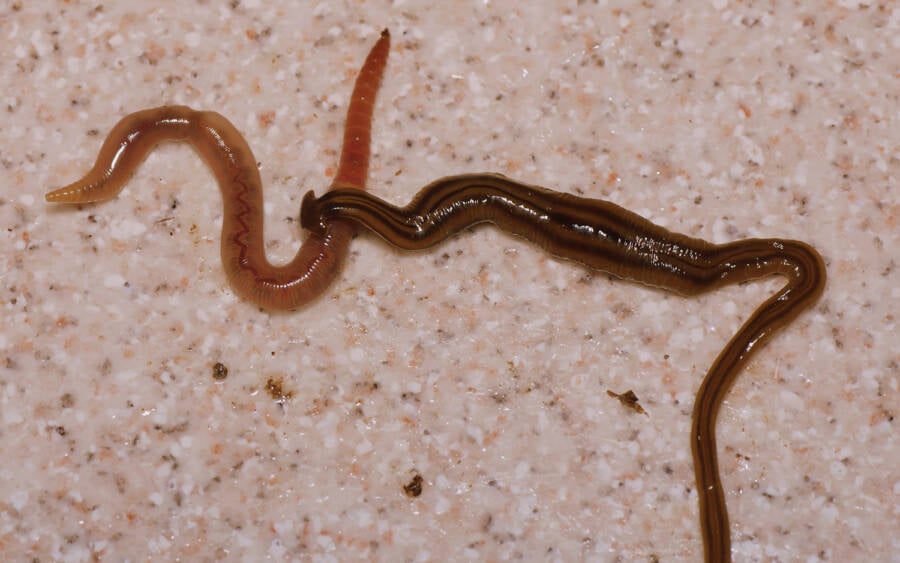 Pierre GrosHammerhead flatworms primarily feed on earthworms which makes them bad for the environment.

But that’s not all. These giant worms also have an unbelievable ability to regenerate. Even if you were to cut off 1/300th of their body, that piece can grow back into a full-sized worm, and this continues even if you cut it into seven different pieces, like a Hydra from Greek mythology.

To eliminate these giant worms, pest control experts suggest drowning them in salt or citrus oils. These giant soil-dwellers can cause harm to the local ecosystem since they feed primarily on earthworms, creatures who aerate the soil and keep it healthy.

So, if you ever find yourself head-to-head with a hammerhead, make sure you bring out the salt instead of trying to smash it into bits. Otherwise, you may find yourself battling with more critters than you bargained for.

Next, read about a worm organism trapped in the Arctic ice that scientists were able to resurrect after 40,000 years and learn about the terrifying legend of the Mongolian death worm, the monstrous cryptid armed with spikes and deadly venom.