How Hans Steininger Was Killed By His Own Four Foot Beard

Hans Steininger was a beloved mayor with an impressive – and deadly – set of whiskers. 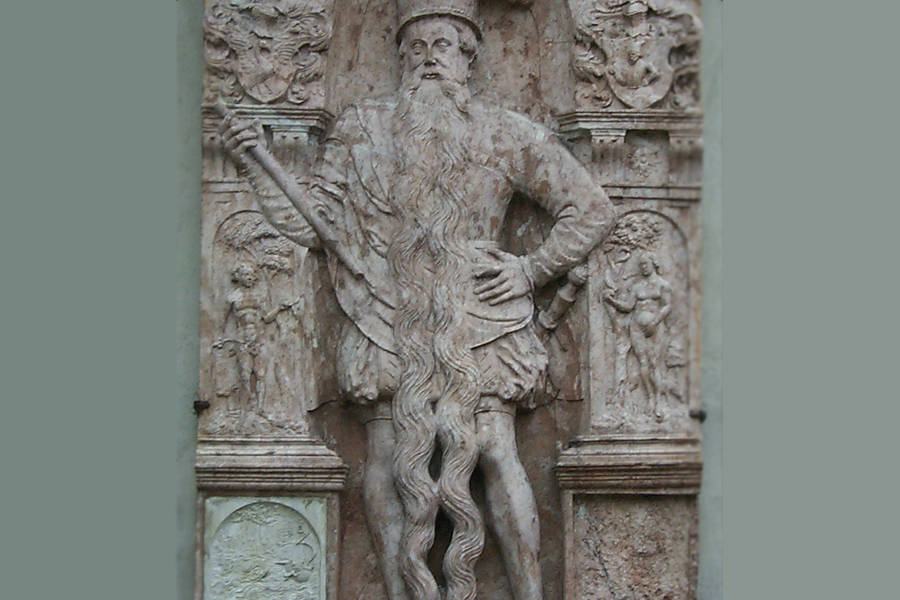 Wikimedia CommonsThe epitaph of Hans Steininger on the outside of the Austrian church.

The little town of Braunau am Inn, Austria is most often remembered as the birthplace of Adolf Hitler. Naturally, the town officials would prefer if their quaint village were remembered for something lighter or perhaps more amusing. For example, the death of Hans Steininger, the mayor of Braunau am Inn who was killed by his own beard.

Hans Steininger was the mayor of Braunau am Inn back in 1567, and a popular one at that. Though not much is known about his life, besides the fact that he was well liked by his people, there is one thing about him that has survived through the centuries – his impressive facial hair.

Steininger was well known for his beard, a four and a half foot long spectacle that hung from his face in one long tendril complete with a forked tip.

Usually, Steininger kept his facial hair rolled up and neatly tucked into a pocket. Though we’re sure it must have taken years of hard work and dedication to grow his beard, we can also understand how it was maybe, sometimes, in the way. After all, as it was so long that it trailed on the ground, you wouldn’t want anyone tripping on it. 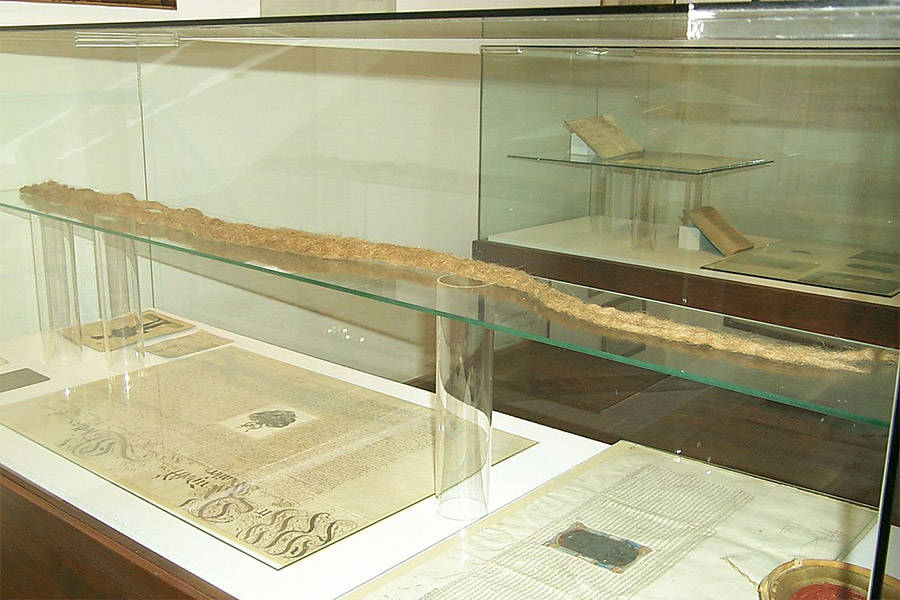 Unfortunately, that’s exactly what Hans Steininger did on one fateful autumn night.

On September 28, 1567, a fire broke out in the town of Braunau am Inn. As is usually the case, the fire caused a fair amount of panic and being the mayor of the town, Steininger was at the center of it. At some point, as he attempted to quell the commotion, his beard came loose from his little beard pocket.

Of course, as the town was on fire, he didn’t take the time to roll it back up and simply pushed it out of the way. That was his downfall. While standing at the top of a flight of stairs, in the midst of the chaos he stepped on his own beard and tripped. As he slipped, he tumbled down the entire flight of stairs, breaking his neck in the process.

Upon his death, the city erected a monument to their fallen mayor in the form of a large stone relief on the side of St. Stephen’s Church, so that his legacy could never be forgotten. Then, as if the giant stone statue of him wasn’t enough, the town went a step further.

Before he was buried, the townspeople cut off Hans Steininger’s beautiful beard and locked it in a long glass case in the town’s historical museum, ensuring that all of the years he’d spent growing it were not in vain. It was chemically preserved so that it never degrades.

For the past 450 years, the beard has attracted scores of visitors, eager to see the deadly facial hair. And, if they’d like a tour of the town while they’re there, they can get one, from a certified Hans Steininger impersonator, complete with a 4-foot beard. There’s no word on whether or not the tour involves stairs.

Next, check out more fascinating stories about the weirdest historical deaths. Then, check out the highlights of the World Beard and Moustache Championships.