The Story Of Harold Henthorn, The Man Who Pushed His Wife Off A Colorado Mountaintop

After Harold Henthorn was arrested for killing his wife Toni in 2012, investigators also noticed eerie similarities to his first wife Lynn's "accidental" death.

To those looking in from the outside, Harold Henthorn and his wife Toni seemed like they had the ideal marriage. Toni was a successful ophthalmologist, while Harold loved to talk about his job as a fundraiser for nonprofits like churches and hospitals.

Shortly after they wed in 2000, they moved to Denver, Colorado to enjoy the mountain views, and they welcomed a daughter in 2005. 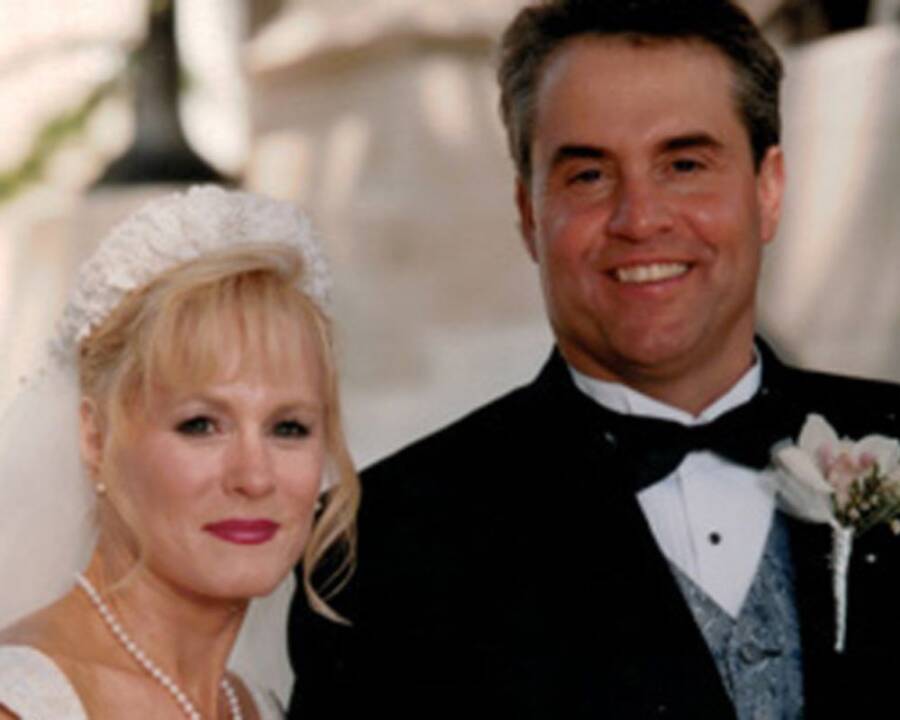 YouTubeHarold and Toni Henthorn on their wedding day in September 2000.

But in 2012, Harold pushed Toni off a cliff to her death.

Harold initially claimed that Toni had accidentally fallen while they were hiking in Rocky Mountain National Park to celebrate their 12th wedding anniversary. However, after finding a suspicious map in Harold’s car, detectives realized his story wasn’t adding up.

What’s more, investigators also learned that Harold Henthorn’s first wife, Lynn, had also died under suspicious circumstances in 1995. The “Black Widower” was found guilty of Toni’s murder and sentenced to life in prison — though he maintains his innocence to this day.

Inside The Marriage Of Harold And Toni Henthorn

Harold Henthorn met Dr. Toni Bertolet of Jackson, Mississippi through a dating website called Christian Matchmakers in 1999, according to 48 Hours. Bertolet was recently divorced, and Henthorn had lost his wife in a tragic accident four years prior — or so he said.

The two married in September 2000, and they soon moved to Denver, Colorado and welcomed a daughter named Haley. While their marriage seemed successful from the outside, however, Toni’s friends and family members began noticing some concerning changes in her behavior.

Her brother, Barry Bertolet, realized that he could never have a private conversation with Toni. Harold Henthorn would always answer the phone when Barry called, and if he asked to speak with Toni or Haley, Harold would simply turn on speaker phone.

Toni’s office manager at her ophthalmology practice, Tammi Abbruscato, noted that Harold made her “uncomfortable.” She told 48 Hours: “He was very controlling… [Toni] was not able to schedule anything outside of her normal schedule without first consulting with Harold.” 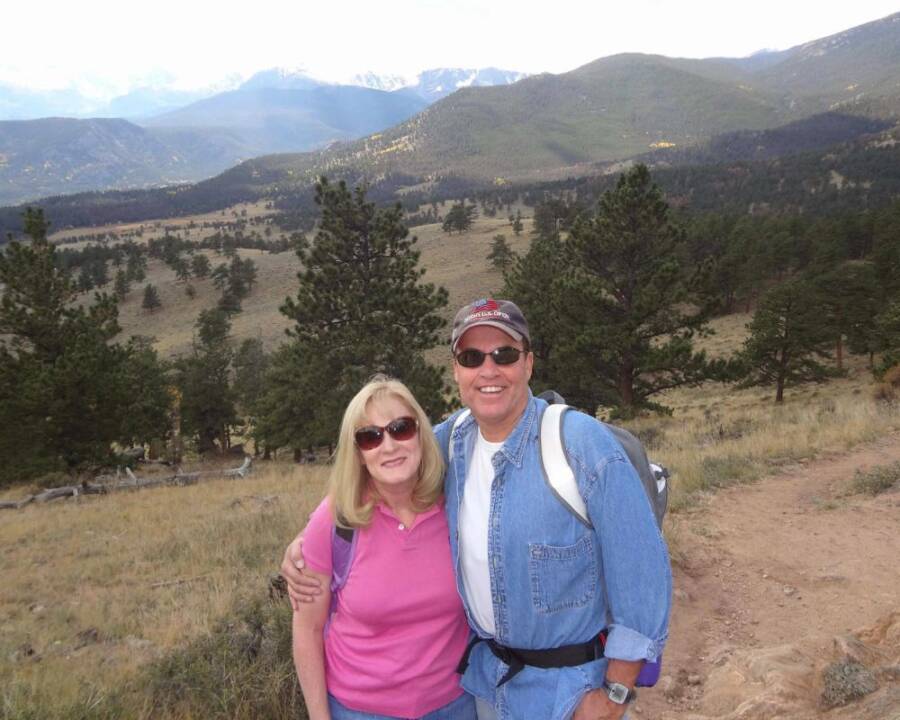 The Bertolet family became especially concerned in 2011, however, when Toni suffered a serious injury and didn’t even mention it to her mother, Yvonne, until “much later.”

Harold and Toni had been doing some construction work at their mountain cabin when Harold asked Toni to come up to the porch and help him with something. As Toni walked beneath the porch, a heavy beam fell off of it and hit her neck, fracturing her vertebrae.

When Toni told her mother about the incident later, she said she saw something on the ground when she was walking toward Harold and bent over to pick it up. “If I hadn’t bent down after I walked outside,” Toni said at the time, “the beam would have killed me.”

When Toni died a year later, her family began wondering if the beam incident had truly been an accident at all.

In September 2012, Harold Henthorn decided to take Toni on a hike in Rocky Mountain National Park to celebrate their 12th anniversary. It was an odd choice, considering 50-year-old Toni had a bad knee and didn’t typically take strenuous hikes.

Harold seemed determined to take Toni to the park, though. He even told an acquaintance that he’d “taken six different hikes” at Rocky Mountain National Park two weeks before their anniversary to choose the perfect trail and that he’d “planned every minute of their trip.”

On Sept. 29, 2012, the couple set off up Deer Mountain. They hiked two miles, snapping photos along the way.

Later that afternoon, Barry Bertolet received a text message from Harold Henthorn: “Barry… Urgent… Toni is injured… in estes park… Fall from rock.” It was followed shortly by another text that simply read, “She’s gone.”

Toni had fallen 140 feet off the side of Deer Mountain. Her family was devastated. How had this happened? 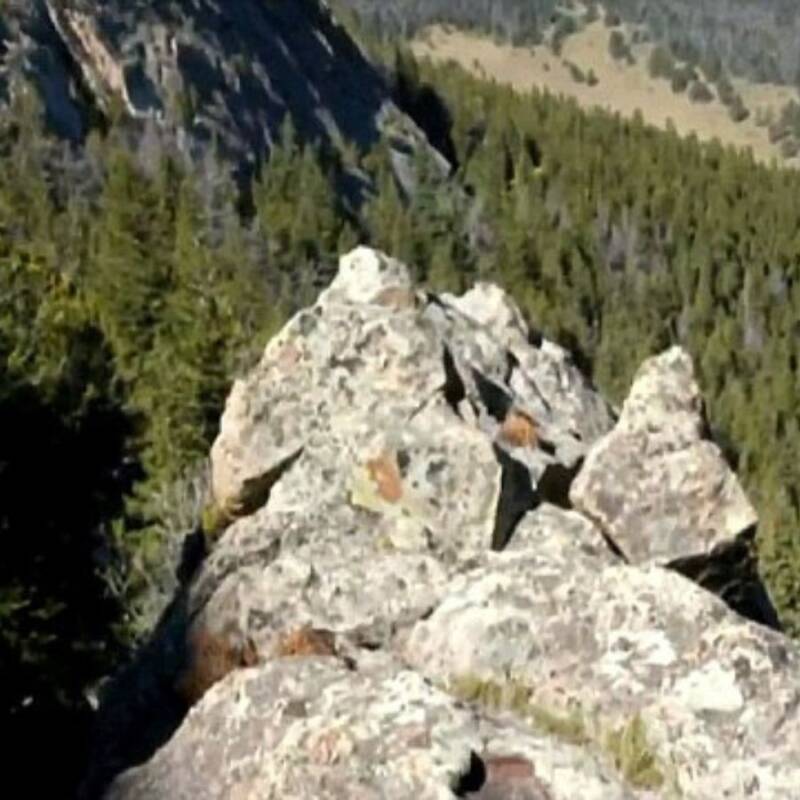 YouTubeThe spot from which Toni Henthorn fell 140 feet to her death.

According to Barry, Harold first told him that Toni couldn’t keep up on the hike. When he turned around and realized she was no longer behind him, he said, he started searching for her and spotted her body at the bottom of a cliff.

Then, Harold’s story changed. He claimed he received a text message, and Toni fell as he looked down to read it, so he didn’t see exactly what happened. Later, Harold claimed Toni had been taking a photo of him when she accidentally stepped backward off the cliff.

And in a fourth version of the story, Harold reportedly said that he was checking Toni’s cell phone for calls from her office when she fell. However, Toni’s co-workers say her phone was in the office the whole time, and Harold had come by two days after Toni’s death to collect it.

The Investigation Of Harold Henthorn For The Murder Of His Wife

It was a map of Rocky Mountain National Park, and the Deer Mountain trail that Harold and Toni had hiked that fateful day was highlighted in pink. This didn’t seem too odd on its own — perhaps Harold had simply been marking the trail he chose for their hike.

However, there was also an “X” scribbled near the very spot where Toni had fallen to her death.

Harold was reportedly “at a loss for words” when detectives confronted him with the map. He then claimed that it wasn’t for the anniversary trip but rather a map he had made for his nephew. However, police weren’t buying his story. 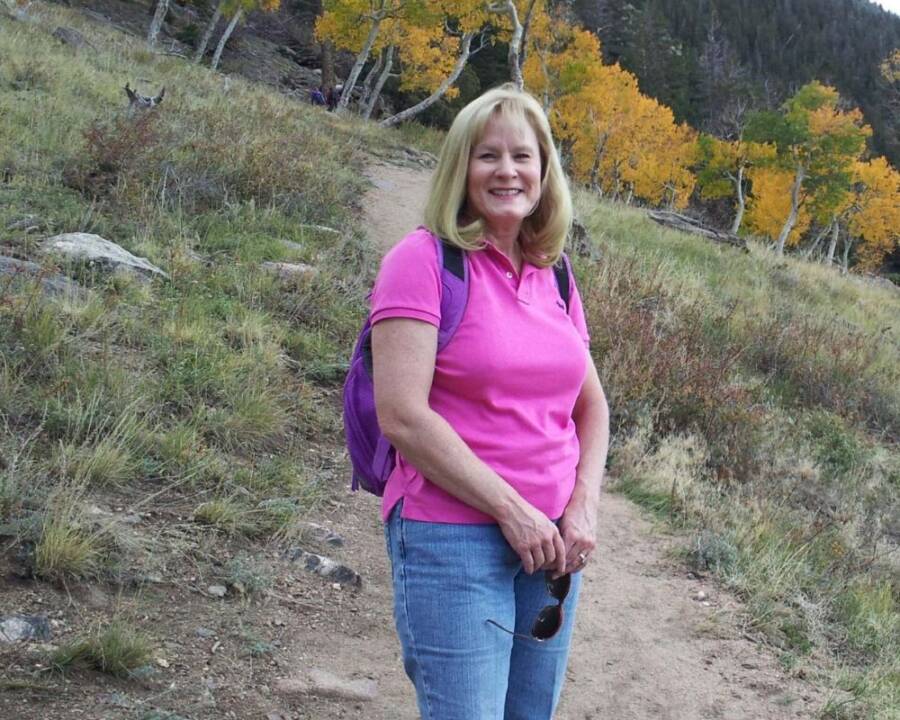 Todd BertoletToni Henthorn, 50, just before she was pushed off of Deer Mountain by her husband, Harold.

At the same time, investigators were learning more about the death of Harold Henthorn’s first wife, Sandra “Lynn” Rishell. On May 6, 1995, Harold and Lynn had been driving in Douglas County, Colorado when Harold’s Jeep got a flat tire.

Harold told police at the time that Lynn had been helping him change the tire when she dropped a lug nut and crawled beneath the vehicle to retrieve it. Just as she was bending down, the Jeep fell off its jack, and Lynn was crushed to death.

Lynn’s family was immediately suspicious. They said Lynn had arthritis and likely wouldn’t have tried to bend down for the lug nut. They also noted that she was a very cautious person who knew better than to crawl beneath a vehicle. Additionally, the road was gravel, and the lug nut shouldn’t have been able to roll beneath the Jeep as far as Harold claimed it did.

Regardless, Lynn’s death was ruled an accident. Harold collected on her life insurance policy — and lived off of it for the next several years. In fact, police say, Harold never had a job working for nonprofits at all. He hadn’t worked for 20 years by the time Toni died.

All of this information together led a jury to convict Harold for the murder of Toni Bertolet Henthorn. Just before he was sentenced to life in prison, Harold stated, “Toni was a remarkable woman. I loved her with all my heart. I did not kill Toni or anyone else.”

Toni’s family is not convinced. As Barry Bertolet later said, “I think that Harold Henthorn pushed my sister off that mountain.”

After learning about Harold Henthorn, discover the story of Drew Peterson, the police officer who murdered his third wife — and potentially his fourth. Then, read about Mark Winger, the man who beat his wife to death with a hammer and almost got away with it.