Police say Rorie Susan Woods could have faced manslaughter charges if anyone had died during the unusual attack. 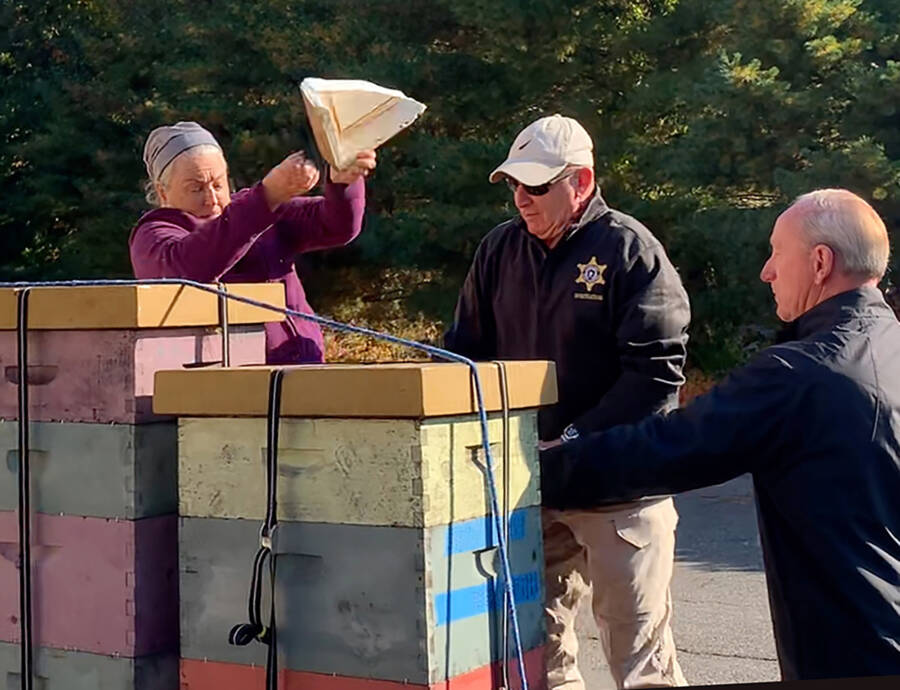 Police in Longmeadow, Massachusetts were met with a wrathful woman when they tried to serve an eviction on Oct. 12. But Rorie Susan Woods didn’t attack the police with words or weapons — rather, she used swarms of bees she had brought to the scene in crates.

According to CBS News, Woods pulled up to the Longmeadow home as the eviction was ongoing. Leaving her dog in her car, she circled back to crates she had behind her truck and began tearing them open. Soon, hundreds of swarming, angry bees filled the air.

“A Sheriff’s deputy tried to stop her, but as the agitated bees started getting out and circling the area, he pulled back,” Hampden County Sheriff Nicholas Cocchi said in a statement, WCVB reported.

Cocchi added: “She then smashed the lid, and flipped a hive off of the flatbed, making the bees extremely aggressive. They swarmed the area and stung several officers and other innocent bystanders who were nearby.” 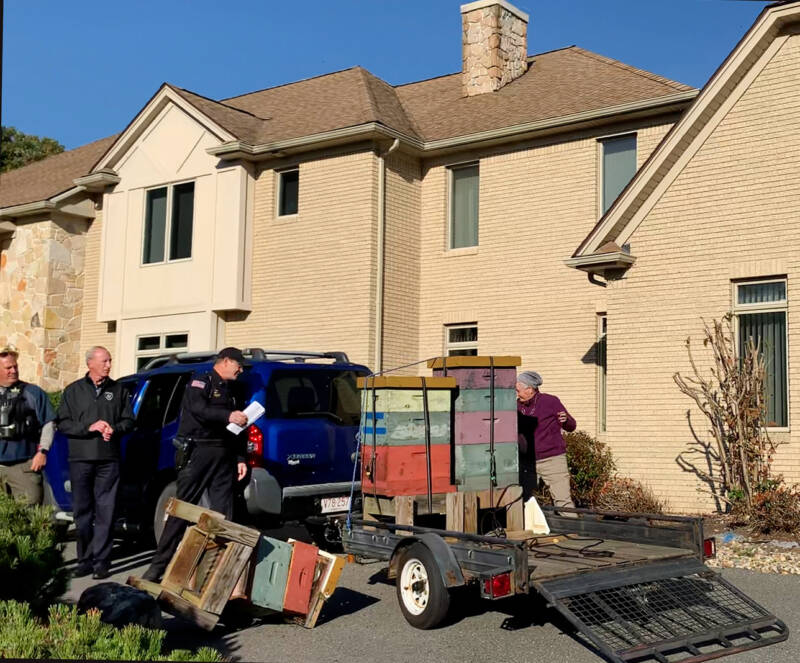 Hampden County Sheriff’s DepartmentPolice say that Woods tossed some of the hives on the ground, which agitated the bees and forced the police to pull back.

As the police retreated, Woods put on a professional beekeeper’s suit. She then carried a “tower of bees” to the front door to try and stop the eviction, which Boston 25 reports has been ongoing for almost two years.

Meanwhile, the swarms of agitated bees continued to attack everyone close enough to sting. According to the Washington Post, several bystanders, as well as three deputies and a sheriff’s office photographer, were stung across their faces, hands, and heads.

Eventually, two deputies were able to wrestle Woods to the ground and arrest her. As they walked her to a police car, still wearing her beekeeping suit, one of the deputies scolded her. He noted that several of the officers were allergic to bees. 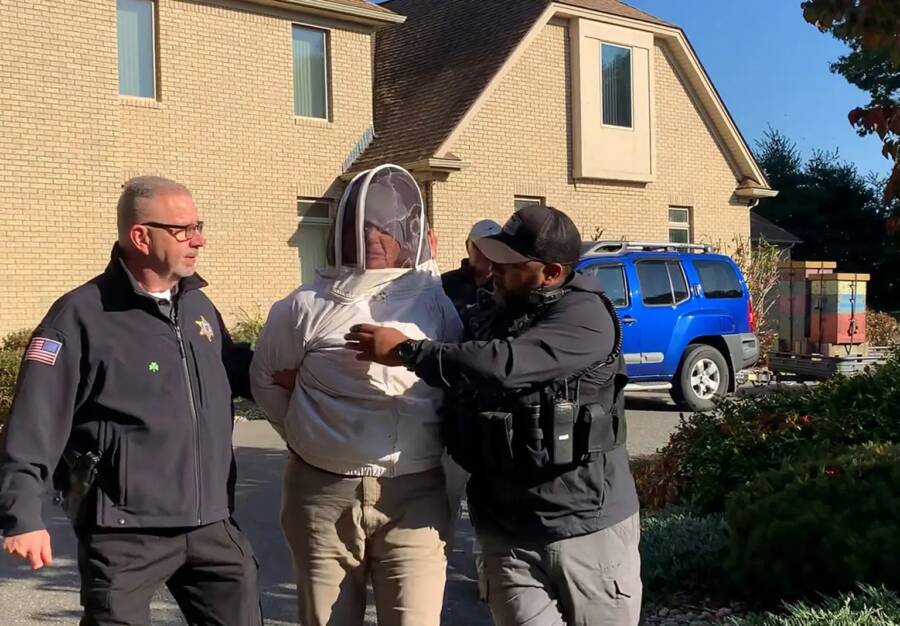 Hampden County Sheriff’s DepartmentRorie Susan Woods donned a beekeeper suit during the assault and was arrested while still wearing it.

“We had one staff member go the hospital and luckily, he was alright or she would be facing manslaughter charges,” Cocchi said in a statement. “I support people’s right to protest peacefully but when you cross the line and put my staff and the public in danger, I promise you will be arrested.”

Robert Hoffman, the chief deputy of the department’s Civil Process Office, told Boston 25: “Never in all my years of leading the Hampden County Sheriff’s Civil Process Division have I seen something like this.” He added: “I’m just thankful no one died because bee allergies are serious.”

The Washington Post reports that it’s not entirely clear if Woods knows the occupant of the 7,900-square-foot home, a five-bed, five-and-a-half-bath colonial valued at almost $1.3 million, though she appealed her own eviction in 2018. 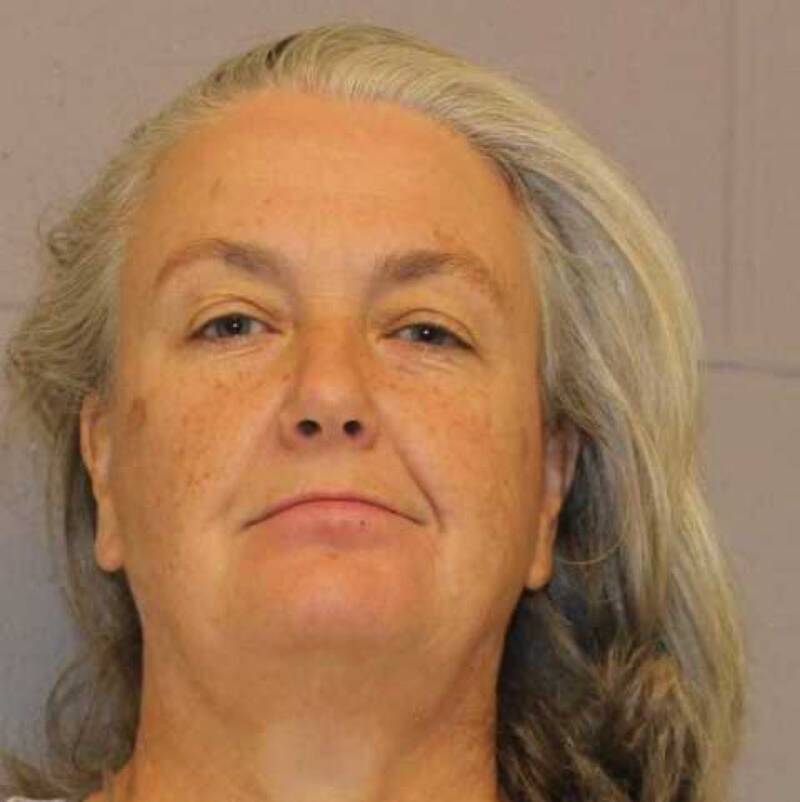 Indeed, both Hoffman and Cocchi implied that she had traveled from elsewhere to protest the eviction.

“[T]his woman, who traveled here, put lives in danger as several of the staff on scene are allergic to bees,” Cocchi said in his statement.

And Hoffman noted, per Boston 25: “I hope that these out-of-county protesters will reconsider using such extreme measures in the future because they will be charged and prosecuted.”

Following her arrest, Woods was booked at the Western Mass. Regional Women’s Correctional Facility. The Washington Post reports that she was arraigned and released that same day, under the condition that she promised to return for hearings in the future.

The fate of Woods’ bees is unknown. The Washington Post reports that their owner has pleaded not guilty to all charges and that she has not released any statements on her ongoing case.

After reading about the woman who released a swarm of bees on the police, read up on the “murder hornets” that kill bees by the thousands by decapitating them. Or, discover how actor Morgan Freeman turned his ranch into a bee sanctuary.