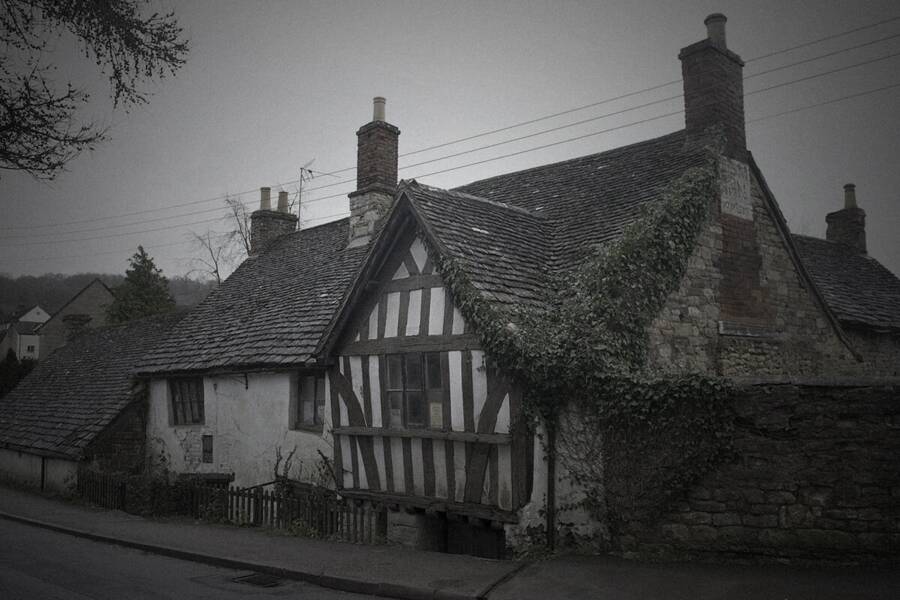 Haunted-Houses.Co.UkThe ancient inn might be one of the most haunted hotels in the world as it’s built atop a 5,000-year-old Pagan burial ground.

The most surefire way to guarantee an establishment is haunted is to build it atop a burial ground — and that’s precisely what’s happened in the case of the Ancient Ram Inn in Wotton-under-Edge in Gloucestershire, England.

Built in 1145, the former priest’s residence is the oldest building in town and is situated exactly where two purportedly supernatural Ley lines meet. Ley lines are believed to be curious paths that connect several ancient sites around the globe.

Some believe that Ley lines provide sites in their path with supernatural energy, and the two lines that meet at Ancient Ram Inn happen to lead directly to England’s Stonehenge. The fact that there’s a 5,000-year-old Pagan burial ground beneath its foundation doesn’t help, nor does the inn’s history of housing slaves. 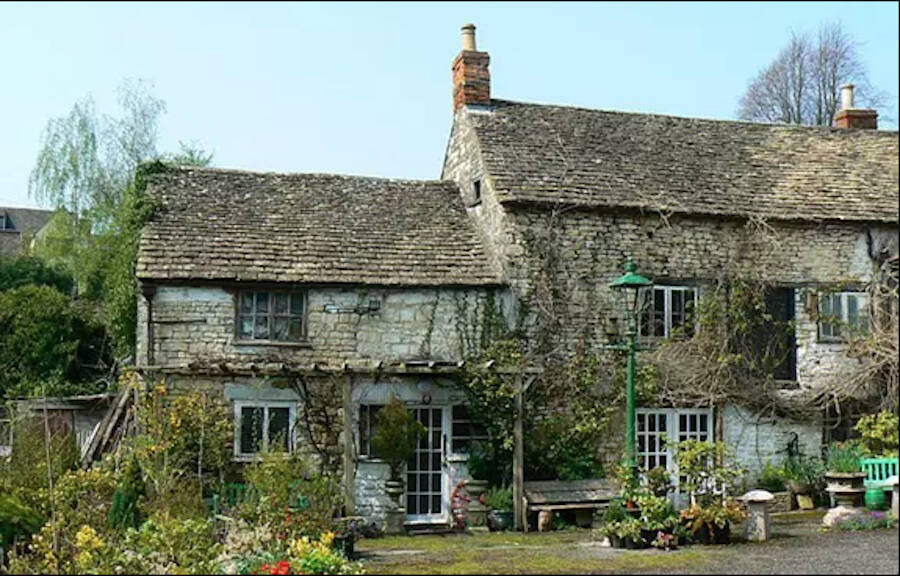 Wikimedia CommonsThe inn is situated on the intersection of two Ley lines, which lead directly to England’s Stonehenge.

As if these things weren’t enough to turn the inn into a bona fide house or horrors, it is also said to be plagued by a witch who sought refuge there before she was burned at the stake in the 1500s. These days, she’s said to haunt the room she stayed in, which is now fittingly called “The Witch’s Room.”

There’s nobody more familiar with the Ancient Ram Inn’s inexplicable occurrences than its sole owner and occupant, John Humphries.

The first night Humphries stayed in the haunted hotel as its owner in 1968, a demonic entity purportedly ripped him out of bed by his arm and pulled him across the room. He’s now in his 80s, still stays there, and has committed his life to maintaining the inn as his home.

Even though the proud owner’s wife and three daughters left the premises, Humphries has stayed behind in a potentially misguided attempt to win against whatever lurks on his property. Most disturbing are his claims that he found evidence of ritual sacrifice and devil worship. Humphries said he even found the bones of children underneath the staircase — and that they had daggers sticking out of them.

The elderly inn owner said he’s still regularly attacked by unseen forces but refuses to budge. In that sense, he might be scarier to the ghosts than the ghosts are to him.

Marco Margaritoff
A staff writer for All That’s Interesting, Marco Margaritoff has also published work at outlets including People, VICE, and Complex, covering everything from film to finance to technology. He holds dual bachelor's degrees from Pace University and a master's degree from New York University.
You might also like
×
Follow ati On
Join The All That's Interesting Weekly Dispatch
Like Follow
Posting....