While "hell ants" have been found in amber fossils before, this is the first time humans have seen how these extinct insects fed. 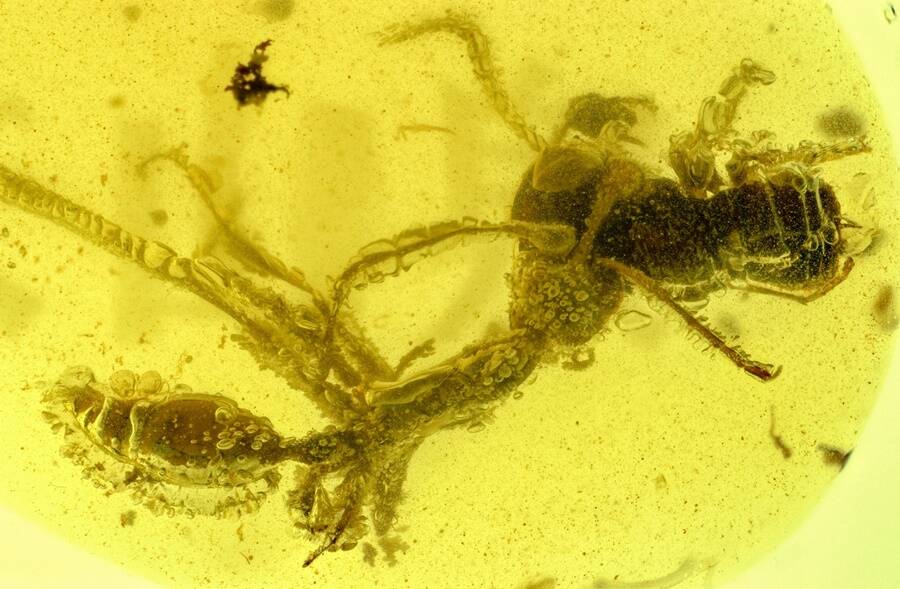 During the age of the dinosaurs, prehistoric ant species had an unusual feature on their heads: a horn which scientists suspect was used to clamp down on prey, in conjunction with its lower mandible which faced upright.

This, of course, was pure guesswork since there was no evidence showing how these insects used their unusual features. But a recent discovery of a “hell ant” caught inside amber while devouring its prey has given scientists all the proof they need to put speculation to rest.

According to Science Alert, the ant has been identified as a new prehistoric species that lived 99 million years ago named Ceratomyrmex ellenbergeri. These prehistoric ants are typically known by their more ominous nickname, “hell ants.”

A study on this hell ant was published in early August 2020 in the journal Current Biology.

The ant was uncovered inside a piece of Burmese amber while it was attacking its prey, which researchers also identified as an extinct relative to the modern cockroach. The two prehistoric insects were preserved intact in their struggle for nearly 100 million years. 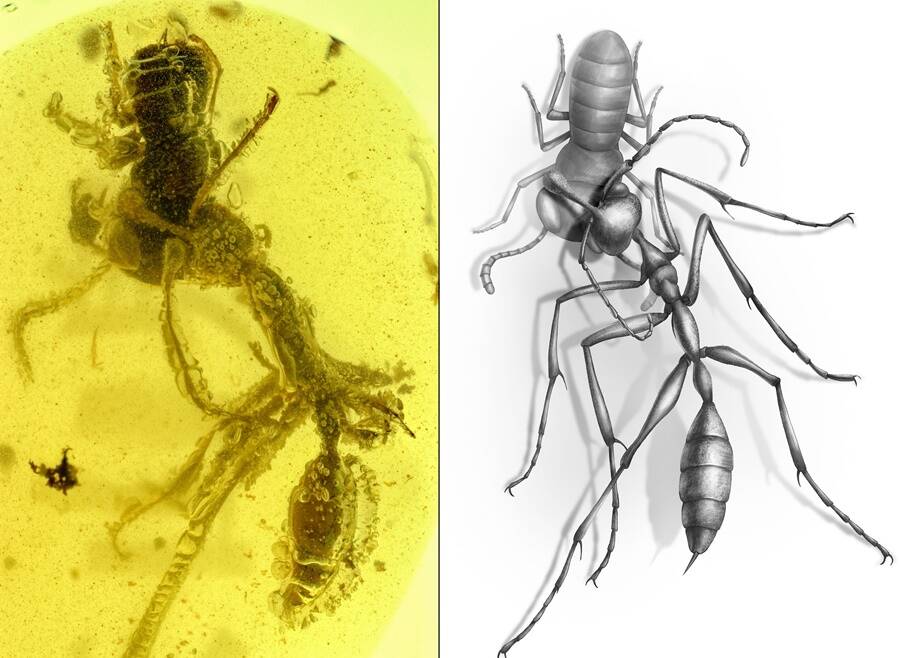 Barden et alHell ant caught inside amber fossil with its prey (left) and a reconstruction of the specimen (right).

“Since the first hell ant was unearthed about a hundred years ago, it’s been a mystery as to why these extinct animals are so distinct from the ants we have today,” said Phillip Barden, who studies social insect evolution at the New Jersey Institute of Technology (NJIT) and is a co-author of a new study on the stunning hell ant specimen.

“This fossil reveals the mechanism behind what we might call an ‘evolutionary experiment,’ and although we see numerous such experiments in the fossil record, we often don’t have a clear picture of the evolutionary pathway that led to them.”

Indeed, though well-preserved early ant specimens are nothing new, this discovery is quite spectacular on its own for a number of reasons. Firstly, it provides researchers with clear evidence of the extinct species’ behavior, something that is extremely rare to find.

Scientists suspected the “horn-like cephalic projections” commonly found in various species of extinct prehistoric ants was used as a clamping mechanism for feeding. But without hard evidence to back this suspected behavior, it was merely an educated guess. Now, the discovery of this hell ant stuck in amber while feeding has given researchers definitive proof as to how their ‘horns’ were used.

“Fossilized behavior is exceedingly rare, predation especially so,” Barden said. “As paleontologists, we speculate about the function of ancient adaptations using available evidence, but to see an extinct predator caught in the act of capturing its prey is invaluable.” 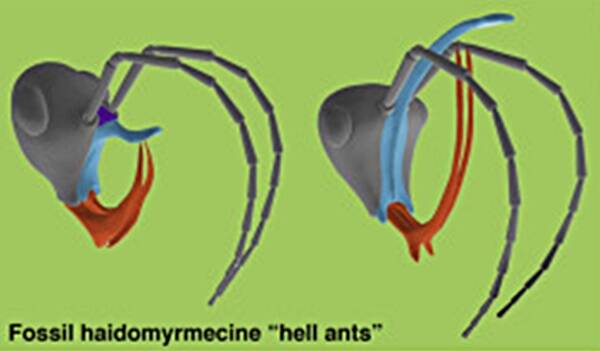 In addition to these strange horn features, early ants also possessed scythe-like mouthparts or mandibles which would only move in a vertical matter. Supported by evidence of the newly found hell ant specimen, Barden and his team concluded that both the lower mandible and horn features were integrated parts of the ant which allowed it to catch and hold its prey.

By comparison, modern ants’ mandibles face forward, allowing them to grip objects or prey by moving their mouthparts horizontally.

Besides giving researchers an unprecedented glimpse into the predatory behavior of prehistoric ants, the discovery of this particular species demonstrates the sheer diversity of the ant species. To date, scientists have identified over 12,500 different ant species and they think another 10,000 or more still have yet to be identified.

Over 50 ant species from the Cretaceous period have been identified by researchers, yet the C. ellenbergeri is nothing like any other extinct ant species that scientists have uncovered from other amber sites in the world.

Next, take a look at the 40-million-year-old flies found mating inside rare Australian amber fossil and checkout this fossilized beetle which may have been one of the first insects to pollinate the Earth — 99 million years ago.