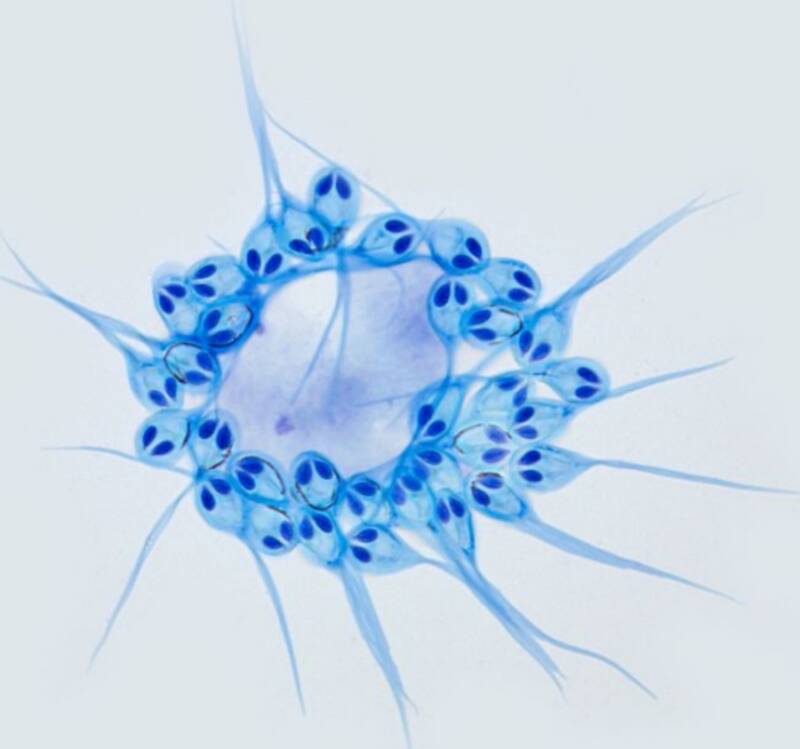 Stephen Douglas AtkinsonA new study has discovered that the fish parasite H. salminicola is the only known animal with no mitochondrial DNA.

As mammals who rely on a constant supply of oxygen in order to produce energy, it’s difficult to think of animal life without the need to breathe. Yet, in a shocking discovery, scientists have found that there is one such animal species on Earth that does not breathe — at all.

LiveScience reports that researchers in Israel have determined that a parasite known as Henneguya salminicola is the only known animal on Earth that doesn’t breathe. Over time, the parasite has abandoned its need for oxygen to produce energy, showing a remarkable progress — or rather, a regress — of evolution.

The discovery also shows that the ability or need to breathe is not ubiquitous among all animal species, something that was previously definitional for animal life.

Breathing in oxygen to convert into energy is a typical trait among multicellular creatures. The H. salminicola parasite’s ability to go without oxygen is due to the fact that it no longer has a mitochondrial genome which is usually where the respiratory genes would be.

Researchers believe that H. salminicola’s used to have a mitochondrial genome just like any other multicellular organism. The parasite species’ previous form was likely similar to that of the modern jellyfish as the two animals are distant relatives. 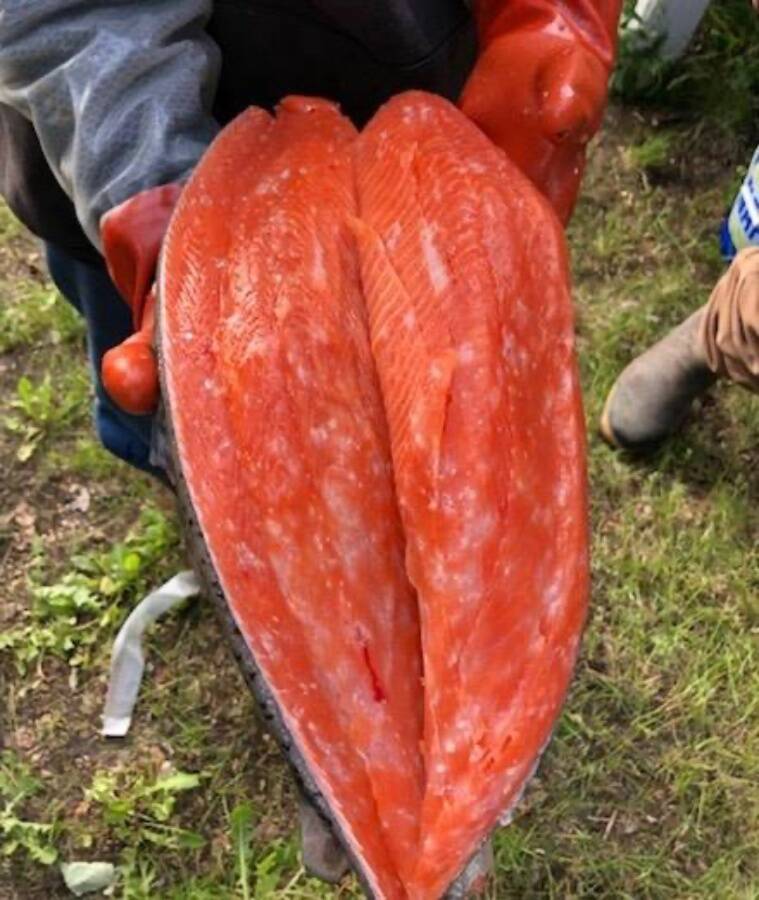 Avery Hoffman/ONC
Salmon infected by the parasite are referred to as having “tapioca disease.”

But as the new study — published this week in the journal Proceedings of the National Academy of Sciences — found, the H. salminicola parasite has since devolved in its physiology and has stripped most of its multicellular traits from itself.

“They have lost their tissue, their nerve cells, their muscles, everything,” said Dorothée Huchon, an evolutionary biologist at Tel Aviv University in Israel who co-authored the study. “And now we find they have lost their ability to breathe.” Now, the parasite species has just ten cells in its body.

H. salminicola belongs to the myxozoa class of parasites. This class sustains itself by feeding on fish, typically salmon. Fish that are contaminated with H. salminicola are referred to as having “tapioca disease” because of the white bubbly ooze that the parasite’s physical form takes.

Myxozoans, like the tiny H. salminicola parasite, have some of the smallest genomes in the animal kingdom which makes the species’ “genetic downsizing” all the more puzzling to scientists.

“Animals are always thought to be multicellular organisms with lots of genes that evolve to be more and more complex,” Huchon explained. “Here, we see an organism that goes completely the opposite way. They have evolved to be almost unicellular.”

To latch onto their slippery hosts, H. salminicola use special stinging cells which are distinguishable by the alien-eye shape they create on the parasite’s pores, making the pores look weirdly like tiny alien tadpoles under the lens of a microscope. It’s one of the few cellular traits the unique parasite has yet to get rid of in its course as a species.

Previously, scientists were skeptical that organisms of the animal kingdom could survive in anaerobic environments, meaning any place without oxygen, especially given the rise of multicellular species in our world coincided with the rise of oxygen levels on Earth. 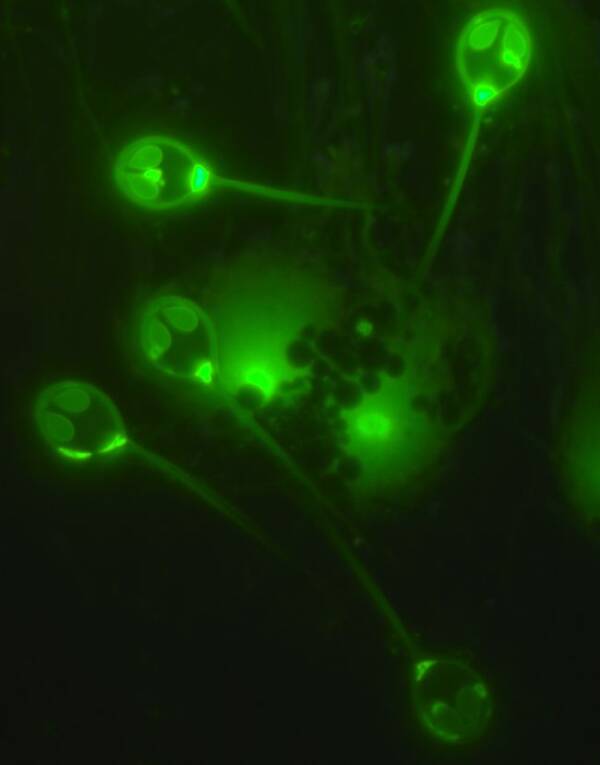 “Right before us is an animal whose evolutionary process is the opposite,” Huchon said. “Living in an oxygen-free environment, it has shed unnecessary genes responsible for aerobic respiration and become an even simpler organism.”

But without a biological mechanism for breathing — one of the “most important metabolic pathways” — how does the parasite convert the energy it absorbs from its feeding?

Scientists are still trying to figure that out. One hypothesis is that H. salminicola could extract energy from the body of its fish host which is a behavior found among other parasites. But in order to confirm that theory, the team needs to do more testing.

Regardless, these tiny parasites can easily thrive through rapid reproduction, an ability likely derived from its minimum yet highly effective genes.

Now that you’ve met the only non-breathing animal in the world, discover what scientists believe was the first animal on Earth. Then, read all you need to know about nematodes, the microscopic organisms taking over the world — and our bodies.