Henry Ford Pioneered Modern Industry, Made America An Economic Power, And Was A Fervent Anti-Semite

The dark truth of Henry Ford's Nazi sympathy and anti-Semitism looms over his legacy as an influential American industrialist. 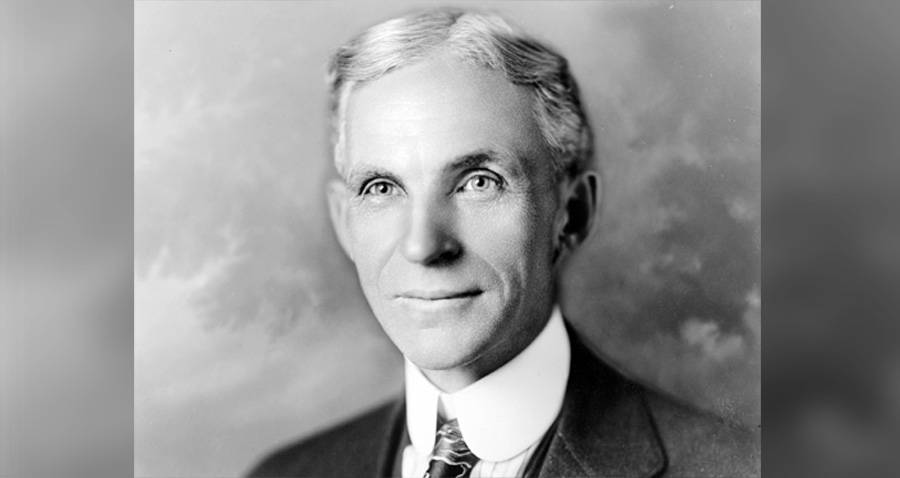 A portrait of business magnate and Nazi sympathizer Henry Ford circa 1919.

Henry Ford is an American icon who was also a Nazi sympathizer with rabid anti-Semitic views. Under his leadership, Ford Motor Corporation became the engine of the American economy and one of the nation’s most iconic brands. Likewise, history books celebrate its founder Henry Ford as one of the nation’s greatest industrialists.

As the History Channel says, “Ford introduced revolutionary new mass-production methods, including large production plants, the use of standardized, interchangeable parts and, in 1913, the world’s first moving assembly line for cars.”

However, there is a lesser-known side to the business magnate, where Ford supported one of the most destructive regimes our world has ever seen. 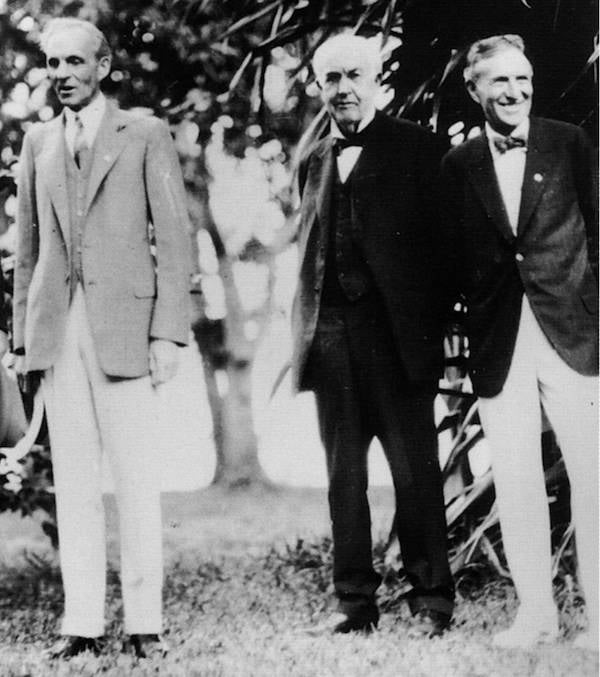 Henry Ford views on Jews were well-broadcast and documented. Ford’s anti-semitic statements date back as early as late 1915. At that time he spoke to Hungarian Jewish pacifist Rosika Schwimmer regarding World War I. “I know who caused the war – the German-Jewish bankers. I have the evidence here,” Ford stated, slapping his pocket. “Facts. I can’t give them out yet because I haven’t got them all. But I’ll have them soon.”

In 1919, Ford went camping with Thomas Edison, Harvey Firestone, and naturalist John Burroughs. The three were good friends and this was their third outing together. Burroughs wrote about the night’s events in his pocket diary:

Ford made his views known to the public for the first time in early 1920 during an interview by New York World, where he proclaimed that:

“The international financiers are behind all war. They are what is called the International Jew — German Jews, French Jews, English Jews, American Jews. I believe that in all these countries except our own, the Jewish financier is supreme… Here the Jew is a threat.” 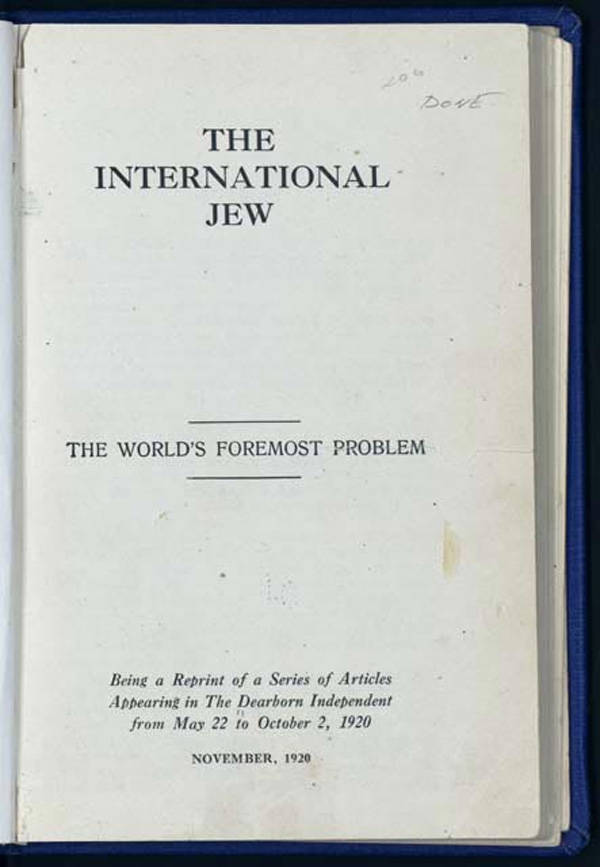 Ford purchased his hometown newspaper, The Dearborn Independent, in 1918. The paper ran for eight years until 1927, during which it paper published a series of anti-semitic articles that claimed a vast Jewish conspiracy was infecting America.

Moreover, the reports “blamed the Jews for everything from the Bolshevik Revolution and the First World War,” according to a research paper published by Hanover College. “They also accused the Jews of conspiring to enslave Christianity and destroy the ‘Anglo-Saxon’ way of life.”

These anti-semitic articles spanned 91 issues and were published and distributed into four volumes titled The International Jew. As one of America’s most influential men, Ford legitimized anti-semitic ideas through his newspaper and German media took notice. German nationalist publication Hammer translated and published the first volume of The International Jew in the summer of 1921.

By August 1925, Hammer advertised Der Internationale Jude as the work of “the eminent American industrialist and social politician” Henry Ford. 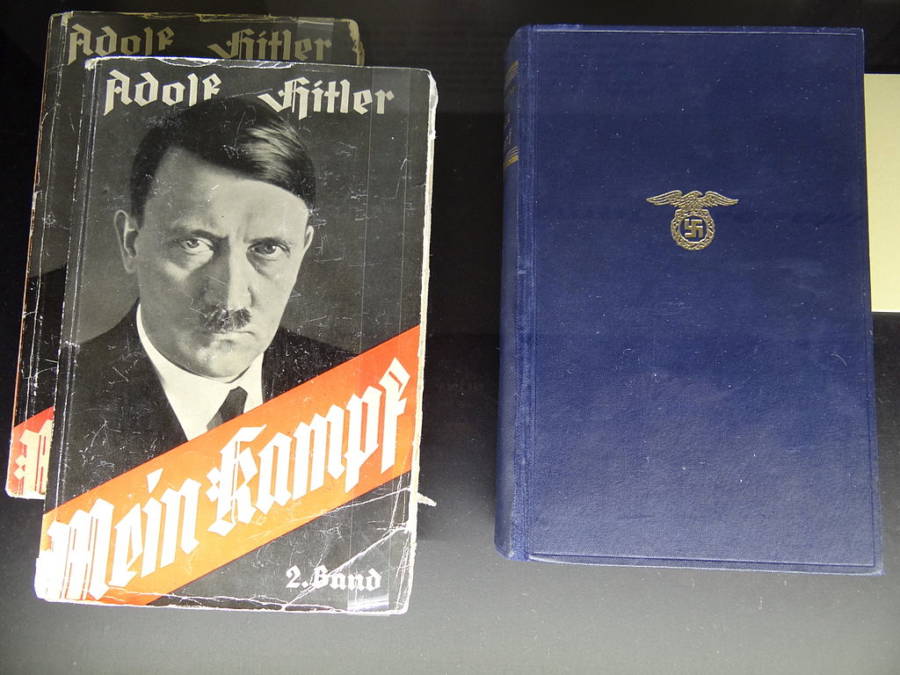 As it turns out, Ford was not only a Nazi sympathizer but he was also an inspiration to leading Nazis. The New York Times published an article on Dec. 20, 1922, that discussed Adolf Hitler‘s high regard for Ford.

“The wall beside his desk in Hitler’s private office is decorated with a large picture of Henry Ford,” The Times reported. The publication added that Hitler kept a translated copy of The International Jew in his office as well.

In March 1923, a reporter for The Chicago Tribune interviewed Hitler. During the interview, the subject of a possible presidential run by Ford arose. “I wish I could send some of my shock troops to Chicago and other big American cities to help in the elections. We look on Heinrich Ford as the leader of the growing fascist movement in America. Germans admire particularly his anti-Jewish policy which is the Bavarian fascist platform,” Hitler remarked.

“We have just had his anti-Jewish articles translated and published. The book is being circulated to millions throughout Germany.”

Additionally, Ford was the only American cited by name in Hitler’s autobiography Mein Kampf published in 1925. “Every year makes them [American Jews] more and more the controlling masters of the producers in a nation of one hundred and twenty millions,” he wrote. “Only a single great man, Ford, to their fury still maintains full independence.” 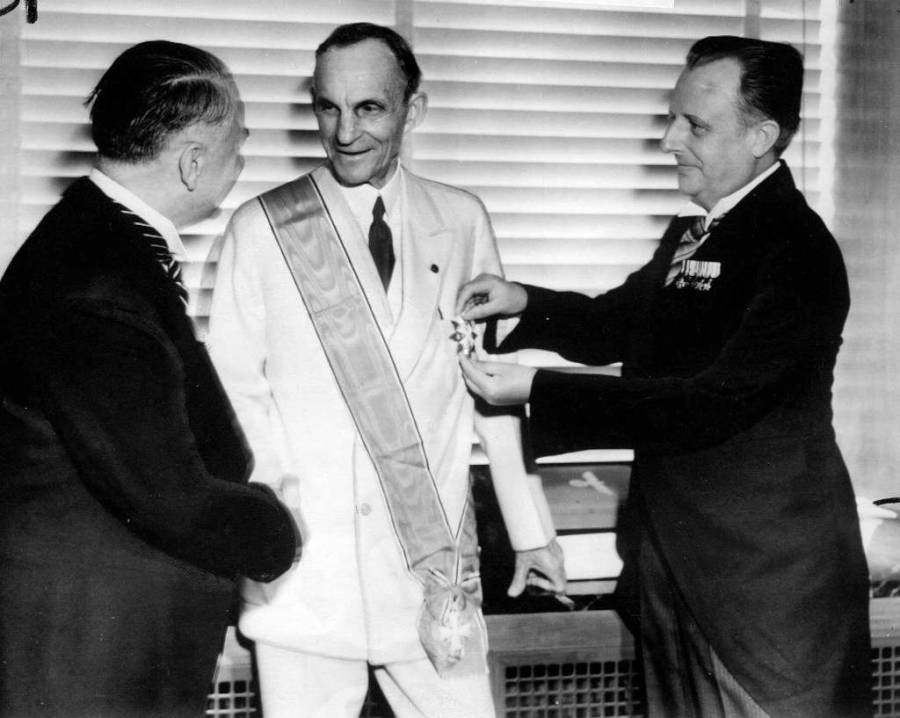 The German Historical Institute reported that other Nazi leaders spoke of their fondness for Ford. For instance, in a letter written in 1924, Heinrich Himmler described Ford as “one of our most valuable, important, and witty fighters.”

In July 1938 before the outbreak of World War II, German diplomats awarded Ford the Grand Cross of the German Eagle. The Grand Cross was the highest medal Nazi German could bestow on a foreigner and Ford would be the only American to receive the award.

During the Nuremberg Trials, Robert Ley, head of the Nazi labor organization German Labor Front, wrote a letter to Henry Ford proposing that he take over Volkswagen and employ Ley as a manager. 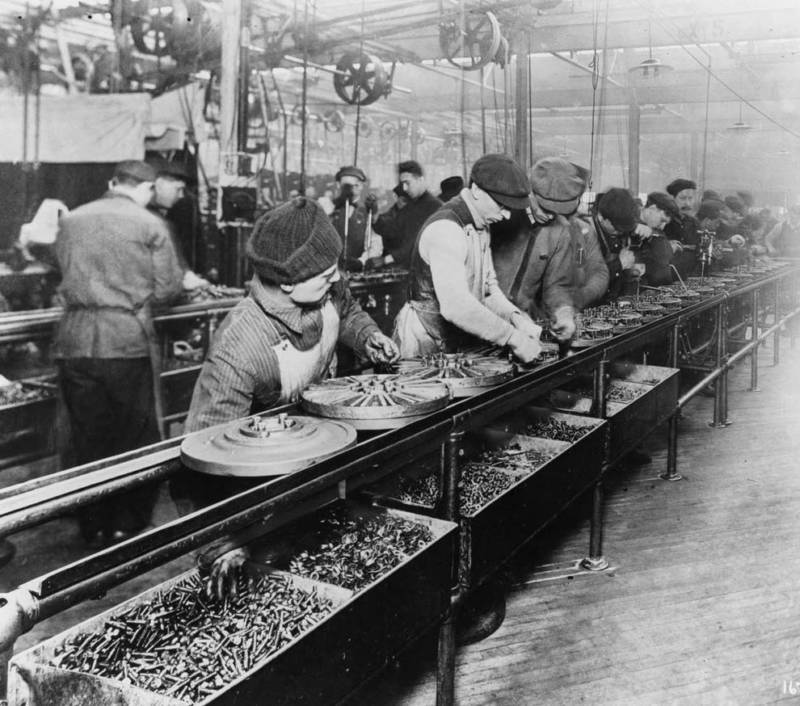 Ford wrote a letter to the Anti-Defamation League on January 7, 1942, attempting to clarify his earlier remarks and writings. He concluded the message with “My sincere hope that now in this country and throughout the world when the war is finished, hatred of the Jews and hatred against any other racial or religious groups shall cease for all time.”

Henry Ford died at home in 1947. His son, Edsel died in 1943 from gastric cancer. As a result, the Ford Motor Corporation was passed to Henry Ford II, who did his best to repair its reputation throughout the 1950s.

Unquestionably, Henry Ford was a great industrialist and a revolutionary businessman. However, those attributes remain overshadowed by the depth of his bigotry, a sad footnote in the annals of American history.

After this look at Henry Ford and his ties to anti-semitism and Nazism, check out this article about Hermann Göring, the second-most powerful man in Nazi Germany. Then, take a look at the story of the Nuremberg Trials, when the world tried to bring the Nazis to justice – and failed.

Samuel Warde
In addition to being a writer, Samuel is a social activist, photographer and cat lover.
You might also like
Remove Ads
×
Follow hu On