A Skilled Gunman But A Bloodless Reputation: The Real Story Of The Sundance Kid

The Sundance Kid was already a legend of the Wild West during his lifetime. But the most intriguing part of his story may be that no one really knows how it ended. 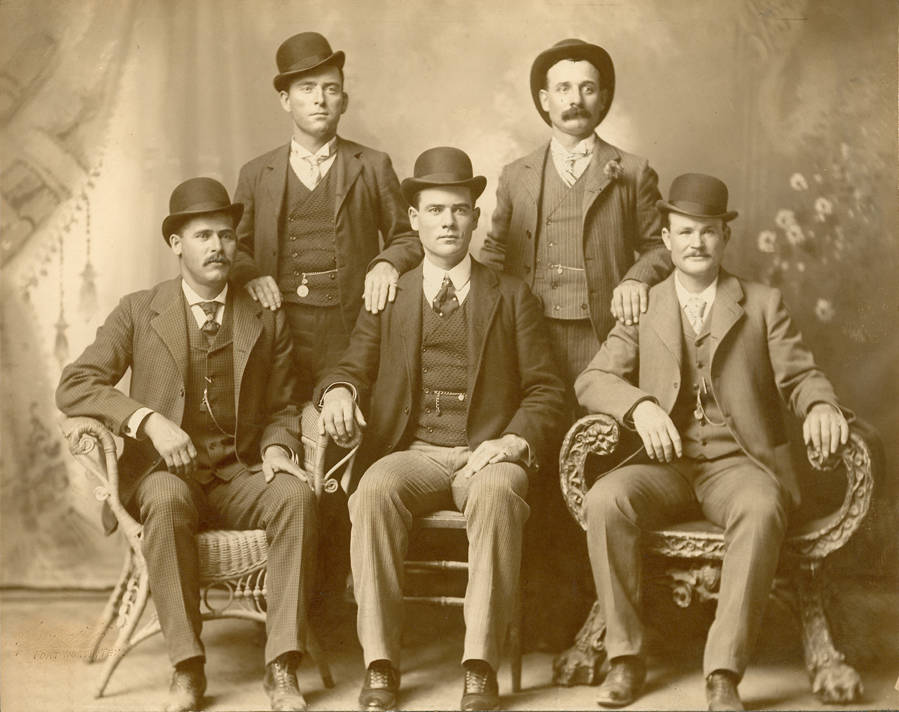 Harry Alonzo Longabaugh, also known as the Sundance Kid, was an outlaw and infamous criminal in the wild west. He was a member of Butch Cassidy’s Wild Bunch, the gang that performed the longest string of successful train and bank robberies in the Wild West. But his stint in the criminal organization was not nearly as deadly as his reputation suggests.

The Birth Of The Sundance Kid 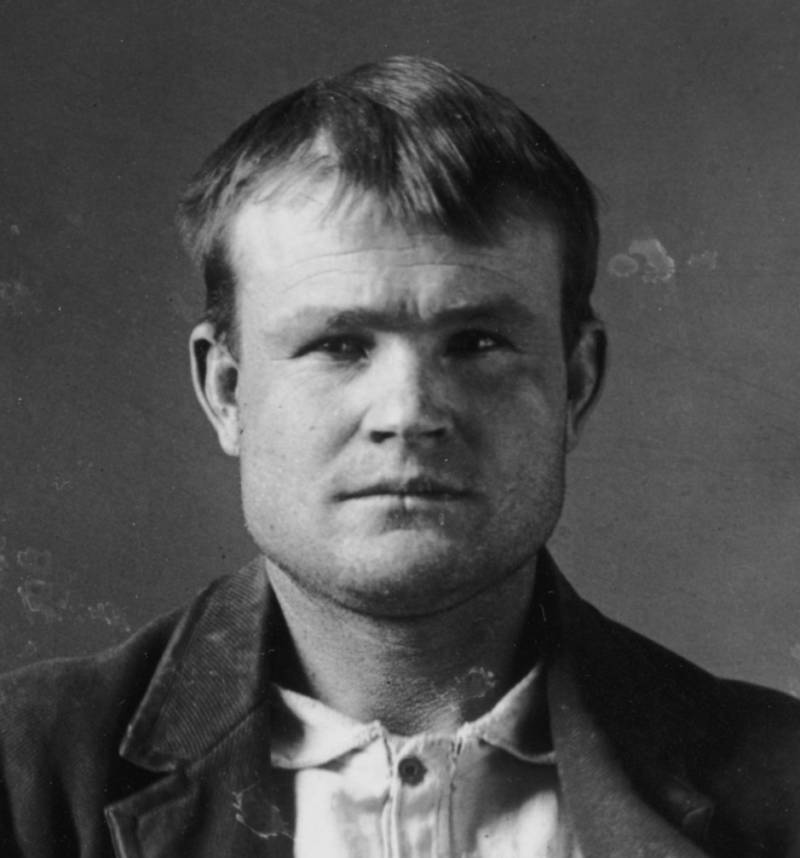 Wikimedia CommonsThe name of the Sundance Kid would be forever linked to Butch Cassidy, thanks in part to the famous 1969 film.

Born Harry Alonzo Longabaugh in Mont Clare, Pennsylvania in 1867, Longabaugh was the youngest of five children. When he was just 15, Longabaugh decided to leave home and try his luck in the American West. The teenager may have intended to take advantage of the opportunities the unsettled territory had to offer, but in 1887, his future prospects took a sharp downturn after he was arrested for stealing a horse.

When he emerged from prison two years later, Longabaugh was decidedly headed down an entirely different path. This one would lead to fame, notoriety, and untimely death. He had also adopted a new nickname taken from the Wyoming town where he had first been arrested: the Sundance Kid.

The Sundance Kid quickly graduated from stealing horses and saddles to robbing banks and trains. At some point in the early 1890s, Longabaugh met the man with whom his name would forever be linked, fellow robber and horse thief Robert LeRoy Parker, who went by the alias, Butch Cassidy.

Cassidy recruited the Sundance Kid to his gang of outlaws whose main members included Harry Tracy (“Elzy Lay”), Ben Kilpatrick (the “Tall Texan”) and Harvey Logan (“Kid Curry”). The posse, known as “The Wild Bunch,” soon came to epitomize the lawlessness and rowdiness of the American West.

Legendary Escapades Of The Sundance Kid

The Wild Bunch were already living legends during their own time.

The Wild Bunch operated between South Dakota, New Mexico, Nevada and Wyoming and had their hidden base in the aptly named Hole-in-the-Wall Pass in Wyoming.

They became notorious in the press for their numerous bold and successful hold-ups in banks and trains. The Sundance Kid made his name as the group’s fastest gunslinger. However, strangely enough, he never actually killed anyone during his time as a member of the Wild Bunch.

Despite the posse’s bloody reputation, Cassidy did his best to discourage excessive violence and the Wild Bunch, although outlaws, were viewed as mostly friendly by the local populations.

The escapades of the Wild Bunch and its two most famous members, in particular, were immortalized in the 1969 film Butch Cassidy and the Sundance Kid. The film remains a classic of the Western genre although the majority of the events it depicts are entirely fictional. The truth is that even at the time Cassidy and the Sundance Kid were active, there were so many local legends and exaggerations about them by the press that it is almost impossible to separate fact from fiction.

One of these legends recalls how the gang of outlaws hosted a Thanksgiving dinner for the rancher families near their Hole-in-the-Wall hideout. According to the story, the “tall, blond, and handsome,” Sundance Kid donned a white butcher apron as he and Butch Cassidy served their guests during a good-humored evening of feasting and dancing.

The Wild Bunch, emboldened by their popularity with the people and the failure of authorities to catch them, carried out ever grander and bolder robberies, with one bringing in a whopping $70,000. 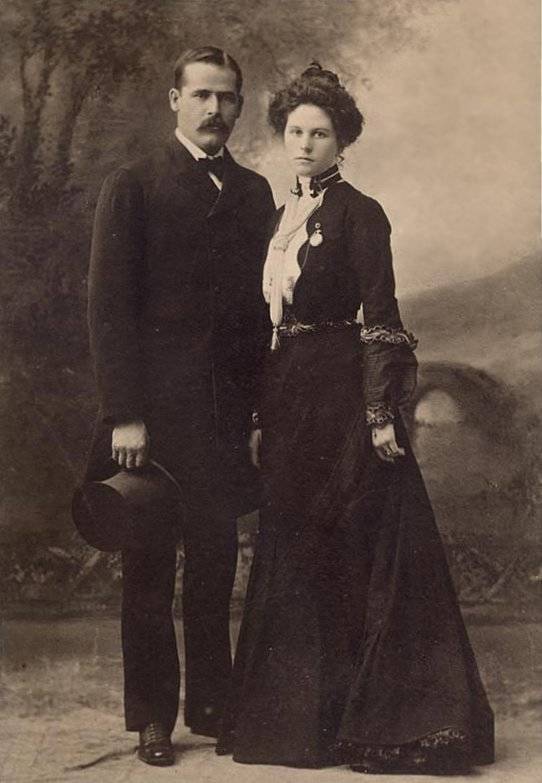 Sometime in the late 1890s, the Sundance Kid met Etta Place. Very little is known about the mysterious Place, mysterious to the point that even her Christian name is alternatively noted as Eva, Rita, and Ethel. We do know, however, that she and the Sundance Kid referred to themselves as husband and wife. It is unconfirmed if their marriage was one of common-law or legal, but Place obtained her surname from an alias Sundance used, Harry A. Place.

Eventually, the reign of the unchecked Wild Bunch came to an end. As much as the public might have relished the stories of the Western outlaws robbing from the rich, it could not be overlooked that they had left several dead law enforcement officers in their wake. In an effort to stop their trains from being robbed, the Union Pacific Railway eventually hired the Pinkerton National Detective Agency to take down the posse and the Wild Bunch was split up and forced to flee.

In early 1901, the Sundance Kid and Etta Place fled to South America to try and shake the Pinkerton detectives off their trail. They were eventually joined by Cassidy down in Argentina where for a while they attempted to live peacefully as cattle ranchers. History soon repeated itself, however.

Although Cassidy and the Sundance Kid were popularly depicted as empathetic characters, they were, in reality, violent criminals.

Just as he had abandoned “honest work” for a life of crime after his move out west, Sundance quickly fell back into his old outlaw ways with his partner Cassidy. The two former Wild Bunch members took part in a series of heists throughout the continent, with the result that the Pinkerton detectives were able to pick up on their trail.

Butch Cassidy and the Sundance Kid abandoned the property they had purchased in Argentina and fled once again, this time Bolivia. Although they showed no intention of giving up their outlaw lifestyle, the Bolivian authorities had been warned by the Pinkerton detectives and the noose was slowly closing around the infamous pair.

In the early hours of Nov. 4, 1908, a courier transporting the payroll for the Aramayo mines was “surprised by two Yankees, whose faces were covered with bandanas and whose rifles were cocked and ready to fire.” The two masked men successfully relieved the courier of the money and fled. The Bolivian authorities were hot on their trail and three days later, had tracked Cassidy and the Sundance Kid to their hideout in San Vicente, Bolivia.

As the soldiers encroached upon the house where the bandits were holed up, a gun battle broke out and one of the Bolivians was killed. Shortly afterward, the men outside heard “three screams of desperation” followed by two gunshots. When they finally entered the house, they found two bodies.

The 1969 film depicts the two bandits being killed in a ‘blaze of glory,’ while in reality, Cassidy may have shot them both.

The Bolivian authorities reportedly found Butch Cassidy slumped against the wall with a bullet hole in his head, while the Sundance Kid lay on the floor next to him with a similar fatal wound. It looked as though Cassidy had shot his partner before killing himself rather than surrendering to the authorities. Yet this was not the end of the legend of Butch Cassidy and the Sundance Kid.

The bodies were summarily buried in a local graveyard without ever having been officially identified and without any photographs taken for evidence. Soon, rumors abounded that the pair of outlaws were alive and up to their old ways in their home country.

Cassidy’s own sister claimed that he had actually returned to the States and lived under a false identity until his death in 1935, having encouraged the rumors he and Sundance were dead in order to finally get the authorities off their trail.

After the release of the 1969 film, a man claiming his name was “Harry Longabaugh Jr.,” the son of the Sundance Kid, turned up telling his astonishing life story. Although several important details of this story changed over the course of the years, the mysterious man did in fact have a “strong…family resemblance to Sundance.” He died in 1982 before his tale could either be proven or disproven.

Then, in 1991, researchers requested permission to exhume the bodies buried in the San Vincente cemetery. DNA tests compared with samples from living relatives from the outlaws showed that there was no match, giving new life to the living legend of Butch Cassidy and the Sundance Kid.

Next, check out some photos of what life was like on the American frontier. Then, learn abut Black Bart, the West’s “gentleman bandit.”