Lost For Thousands Of Years, The World’s Oldest Known Map Of The Stars Has Been Rediscovered

Researchers found the ancient star map in the medieval manuscript Codex Climaci Rescriptus where someone had scraped off the original ink in order to reuse the parchment. 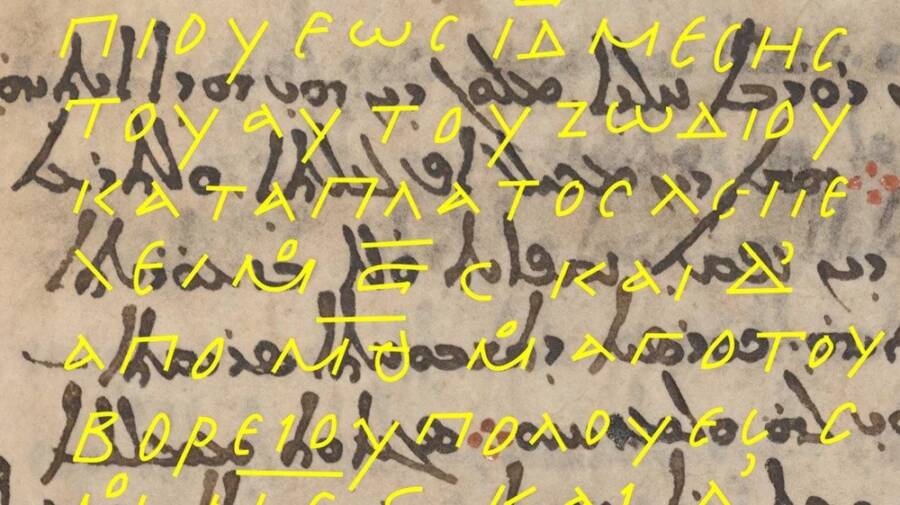 Museum of the BibleResearchers had to peer through layers of ancient text to find the star map.

Around 129 B.C.E., someone — very likely the Greek astronomer Hipparchus — sat down and mapped out the stars for the first time. But this map of the cosmos was lost to history until modern-day technology revealed it hidden among the pages of a medieval manuscript.

According to a study published in the Journal for the History of Astronomy, a student at the University of Cambridge named Jamie Klair first caught the scent of the star chart in 2012. Then, as Smithsonian magazine reports, Klair was studying pages in the Codex Climaci Rescriptus, a Christian manuscript known as a palimpsest because its pages were recycled.

After Klair noticed a passage in Greek, researchers from the Early Manuscripts Electronic Library and the University of Rochester took a closer look. They used multispectral imaging technology to see what someone had once written before the ink was scraped off and the parchment was reused.

As Artnet reports, their research revealed that pages within the Codex Climaci Rescriptus contained star-origin myths penned by Greek writer Eratosthenes, a third-century poem about the constellations, and, significantly, what appeared to be notes about star coordinates.

The document was then passed to Victor Gysembergh of the French National Scientific Research Centre and Emanuel Zingg of Sorbonne University. They hypothesized that the star coordinates had been written down by the Greek astronomer Hipparchus, who appears in historical texts as the first person to measure the stars and as the “father of astronomy.”

As Artnet reports, the star chart describes the constellation Corona Borealis. Because the measurements of the stars from Earth’s perspective change over time due to a process called precession, which Hipparchus is credited with discovering, researchers can estimate the exact time that the measurements were taken. They believe that the star chart was drawn up around 129 B.C.E., during the time frame that Hipparchus studied the cosmos.

“Hipparchus’ Star Catalog is the very first attempt in human history to precisely measure the positions of the fixed stars,” Gysembergh explained to Vice News. “It is a major milestone in the birth of science as a collective endeavor to measure and predict our surroundings.”

Noting that Hipparchus would have had to use rudimentary tools like a dioptra sighting tube to make his map, as telescopes weren’t yet invented, Gysembergh added: “It represents countless hours of work.”

Mathieu Ossendrijver, a historian of astronomy at the Free University of Berlin, similarly expressed his awe about the star chart to Nature.

“The new fragment makes this much, much clearer,” he said. “This star catalog that has been hovering in the literature as an almost hypothetical thing has become very concrete.”

According to Nature, the oldest known star chart previously belonged to astronomer Claudius Ptolemy, who mapped the stars in Alexandria, Egypt, in the second century C.E. and placed Earth at the center of the universe. But Ptolemy drew up his chart 300 years after Hipparchus created his and, as Artnet notes, Hipparchus’ chart appears to be more accurate. 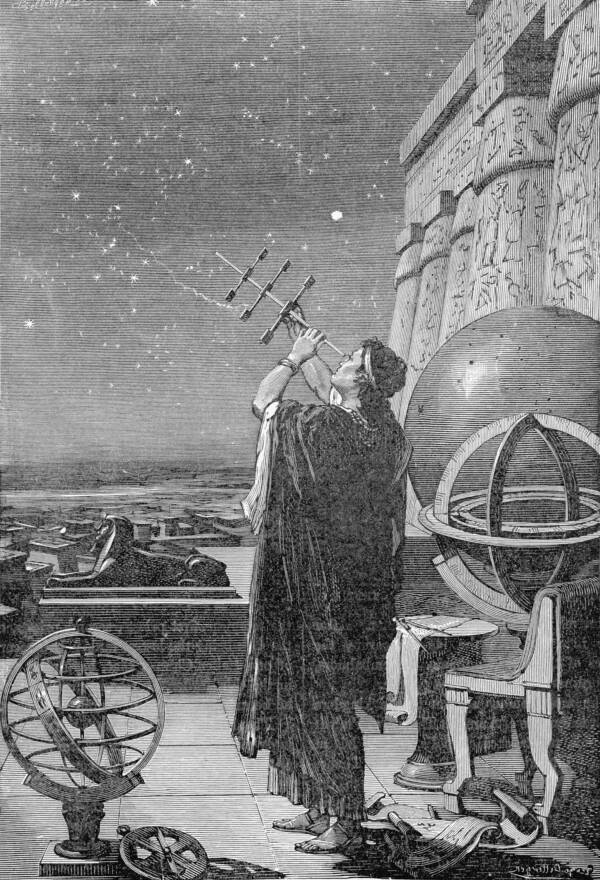 Though it’s difficult to ascertain with absolute certainty that the rediscovered star chart was drawn up by Hipparchus, its discovery is stunning nonetheless. And researchers are excited by the possibility that other palimpsests might reveal similar lost documents when examined with modern-day technology like multispectral imaging.

“In Europe alone, there are literally thousands of palimpsests in major libraries,” Gysembergh told Nature. “This is just one case, that’s very exciting, of a research possibility that can be applied to thousands of manuscripts with amazing discoveries every time.”

After reading about how researchers rediscovered the world’s oldest star chart, discover the life story of astronomer Edward Hubble. Or, see how Judith Love Cohen, the mother of actor Jack Black, helped save the Apollo 13 astronauts as a NASA engineer.