The amulet was found near a future housing development site where Neolithic and Iron Age artifacts have previously been discovered. 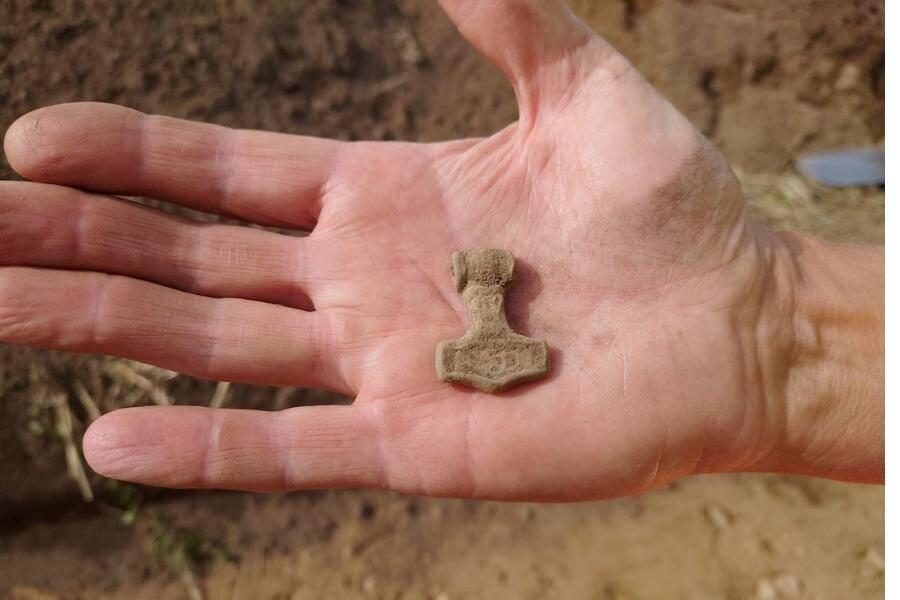 Kulturmiljö HallandThe hammer likely dates back to sometime between the ninth and 11th centuries.

A team of archaeologists working in Ysby, Sweden recently discovered what they are calling a “one of its kind” amulet depicting the hammer wielded by the Norse mythological god Thor.

As Arkeonews reports, the amulet marks the first instance of a Viking-era artifact being uncovered at the site — and the first Thor’s hammer to be found in Sweden’s Halland province.

The amulet dates back to around the 10th century and measures just over an inch long. It is cast in lead, with a hole through the shaft implying that a string or tie was likely threaded through the amulet so it could be worn as a pendant.

It is also possible that it had once been gilded or silvered.

Archaeologists believe the hammer was worn around the neck as a symbol of protection. In mythology, Thor used his hammer, Mjölnir, to prevent the giants from destroying Asgard, the home of the gods.

In the Viking Age, the symbol of Mjölnir was therefore frequently associated with protective powers. 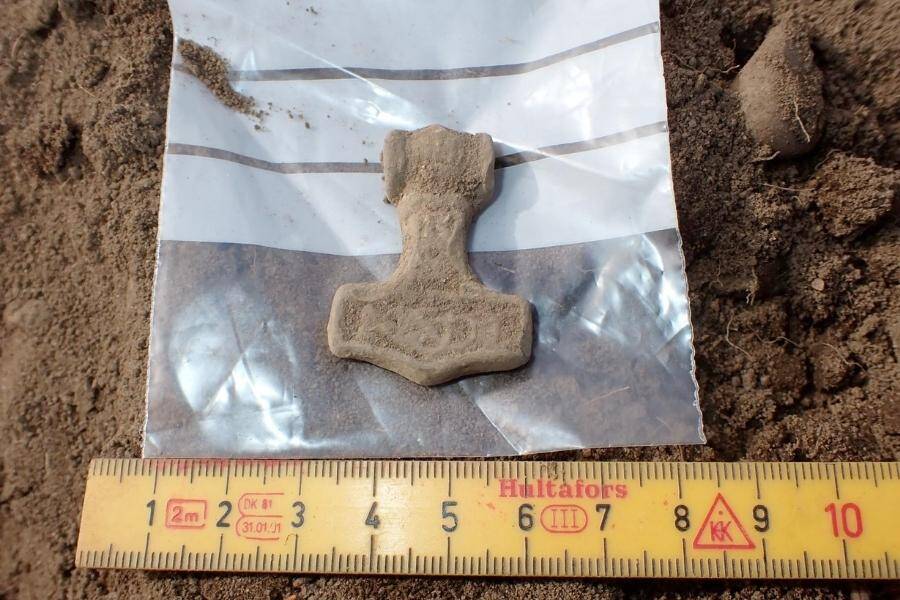 According to archaeologist Per Wranning, who wrote about the discovery in the blog Kulturmiljö Halland, several similar amulets have been found in Scandinavia and may have been carried away from Ysby during a period of religious transition, as much of the region began converting to Christianity.

Some historians believe these hammers were a marker of those who still worshiped the old gods as Christianity spread across the region.

Alongside the discovery of the amulet, the team also uncovered flint chips, ceramics, and a metal fitting that they believe could be from the Viking Age or early Middle Ages.

In addition, they found the remains of pits, post holes, and hearths that could further indicate the site dates back to the Viking Age.

As Ancient Origins reports, the finding of this Thor’s hammer comes almost a decade after the discovery of a massive Viking drinking hall in Halland in 2014.

The hall measured over 164 feet in length and 46 feet wide and featured double walls and four entrances. Measurements also indicated that a large fireplace occupied the center of the floor, revealing that the hall was of some significance to the Viking inhabitants of the region. 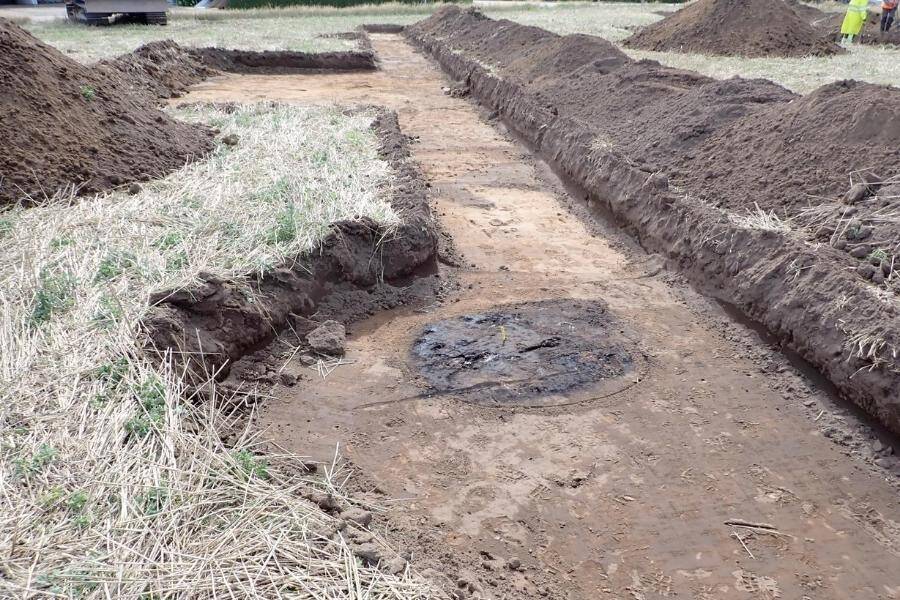 Cultural Environment HallandThe site of one of the 14 hearts found during the preliminary investigation of the Ysby site.

Per ZME Science, the site of the dining hall was found on the Aska barrow, long believed to have been a burial mound.

“They even allow scholars to estimate the date of a building without any expensive excavations,” Viberg added.

While the dining hall’s discovery was certainly significant, the amulet’s discovery now offers a deeper insight into the Viking culture in Halland at a significant time of change for the region.

As researchers continue their surveys in the Halland region, perhaps they will uncover even more artifacts that offer insight into the lives of the Vikings.

After reading about this enlightening discovery, read about another Thor’s hammer amulet that was found in Iceland. Then, learn more about the people who might have worn the amulets with these surprising facts about Vikings.