The hammer is believed to be an amulet that ancient Vikings wore around their necks. 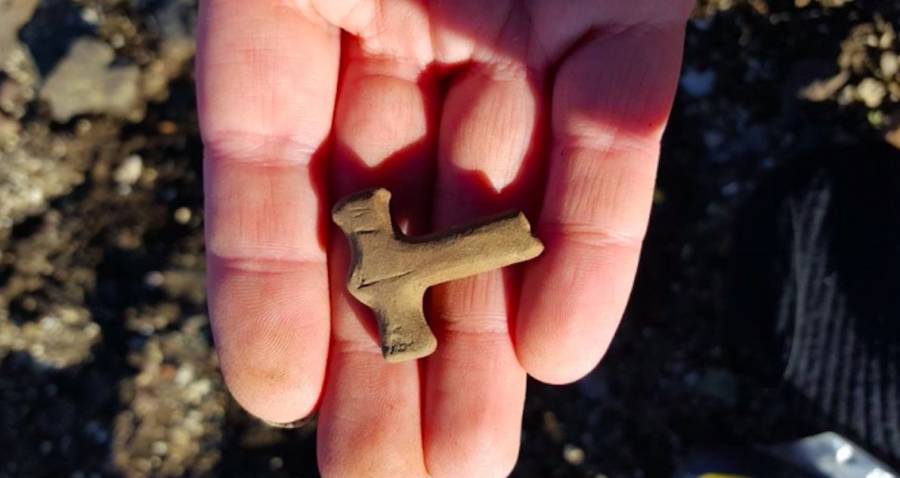 Archaeologists in Iceland have unearthed the Hammer of Thor — even if it’s only a tiny one.

A small stone amulet in the shape of Thor’s hammer was discovered at a site in Þjórsárdalur valley in southern Iceland, according to Iceland Magazine. This discovery is particularly groundbreaking because it involves the first stone carving of Thor’s hammer to ever be found in Iceland.

The site was discovered by local resident Bergur Þór Björnsson, who directed archaeologists to the previously unexplored site. According to Iceland Review, Björnsson’s great-grandfather discovered the last of the 20 known Viking-era farms back in 1920.

Björnsson said that he happened upon the new Viking site by accident.

“I just thought it was quite far between the ruins here and started to search just for fun,” he said. 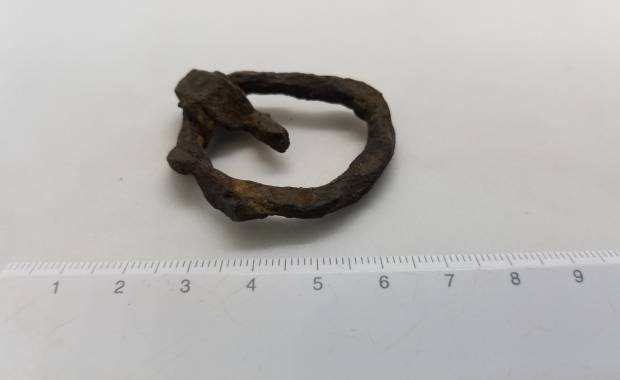 Fornleifastofnun ÍslandsA small buckle found at the site along with the amulet depicting Thor’s hammer.

The site, which is believed to have been a Viking farmstead, has now been named Bergsstaðir, after its founder.

According to Inside Edition, the amulet symbol might be the result of a mixture of a pagan religion and Christianity, which was spreading to the region during the time that the hammer was most likely made.

The stone carving of Thor’s hammer is believed to have been an amulet that people wore around their necks, Iceland Magazine said.

Archaeologists also found three other objects lying on the surface of the soil at the site including a whet, an iron pick, and a buckle.

And these four items aren’t the only major Viking artifacts uncovered in Iceland recently. In June 2017, a massive Viking boat burial was discovered at a dig at a fjord in the northern part of the country. Also, in the summer of 2015, one of the largest Viking longhouses in Iceland was found underneath a former parking lot in downtown Reykjavík. 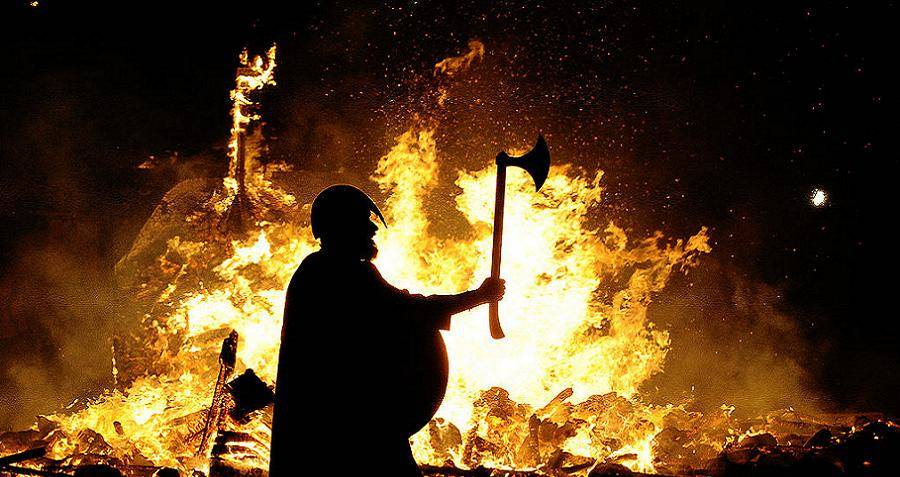 CARL DE SOUZA/Getty ImagesA man dressed as a Viking stands in front of a burning ship.

Discoveries from the Viking era are common throughout Iceland and Scandinavia. Most recently, in Oct. 2018, a massive Viking ship burial was discovered using radar technology in Norway.

As for the Thor’s hammer amulet and the other objects found in Þjórsárdalur valley, they’ve been transported to Reykjavík for analysis with the hope of finding information about their age and origins. Excavations have just begun at the site and archaeologists hope that more fascinating Viking artifacts will turn up in the Icelandic soil.

Want to learn more about the Vikings? Check out the story of the Viking warrior women known as shieldmaidens. Then unlock the mysteries of the Vikings’ all-powerful Ulfberht swords.