The History Of Condoms — From Sheep Intestines To Latex

Rubber And Then Latex Changes Everything 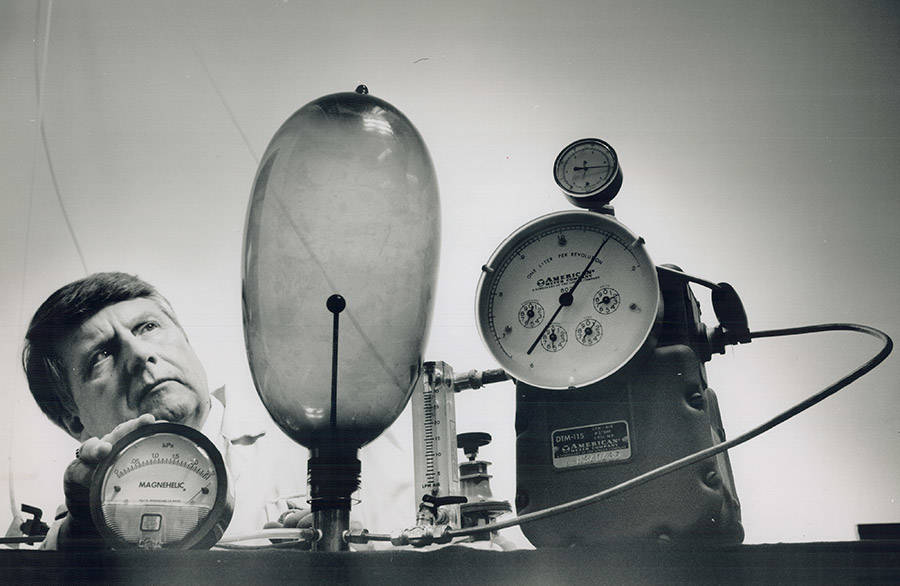 Andrew Stawicki/Toronto Star/Getty ImagesA scientist gives a condom the breakage test. Federal regulations require that a condom can be filled with 25 litres of air before bursting. The test helps detect minor flaws.

By the 19th century, the condom market began to rapidly expand, despite being labeled as an insufficient way of protection against syphilis by some members of Parlament in the U.K. It was also during this time that the condom began to see a spread in its use amongst the working class.

We largely have the man who lent his name to Goodyear Tires to thank for ushering condoms away from animal membranes. Charles Goodyear invented rubber vulcanization in 1839, and by 1855, the first rubber condom came into existence.

Previously, condoms were simply too expensive and seen as a luxury for the wealthy. For example, a single condom might cost a prostitute several weeks’ worth of pay.

Now, these early cousins of the latex condom were far from the Trojans we’ve come to know today. For starters, these early “rubbers” as they came to be known, easily fell off and only covered the tip of the penis. This meant that those who truly wanted an effective condom were stuck with the awkwardness of having to seek out a custom fitting.

While condoms made from animal-based materials remained more popular, the middle of the 19th century began to see condoms advertised in newspapers like The New York Times.

This period in condom history also marked the beginning of advocacy with groups going into Europe’s poorer neighborhoods to distribute literature with instructions on how to use the contraceptive. 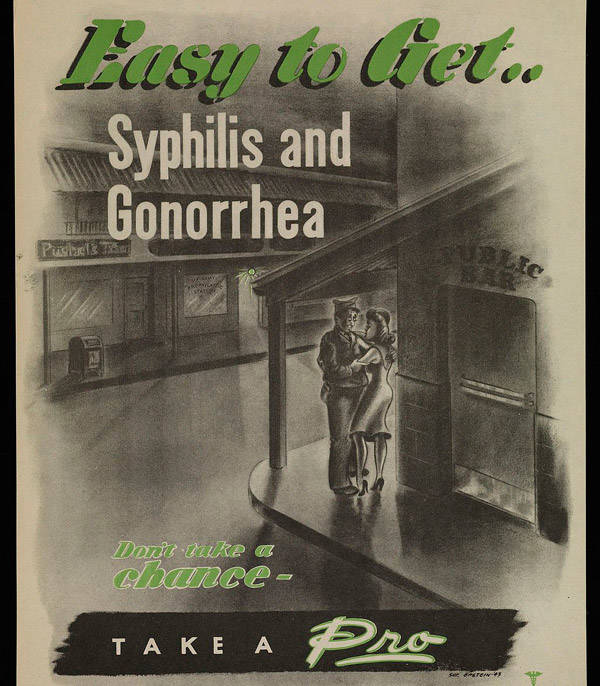 Wikimedia CommonsA lithograph from 1943 promoting the usage of condoms by American troops in WWII.

As much as rubber was a big step for the condom, the real gamechanger came along in 1920 with the invention of latex. This made condoms essentially a “one-size fits all” — or mostly all — and doubled sales of the prophylactics.

Previously, making rubber condoms was a rather dangerous practice as gasoline and benzene were used to suspend the rubber, making the production process a fire hazard. With the newly invented latex condom, however, the water could be used to suspend the condom, cutting down on the chances of factory fires and making them less expensive to produce.

During the first World War, the United States and Great Britain didn’t distribute condoms to their soldiers, resulting in 400,000 documented cases of syphilis and gonorrhea. Thankfully, Uncle Sam learned from this mistake in World War 2, and the military was smart enough to pass out condoms to soldiers and even promote their use with slogans like “Don’t forget — put it on before you put it in.” 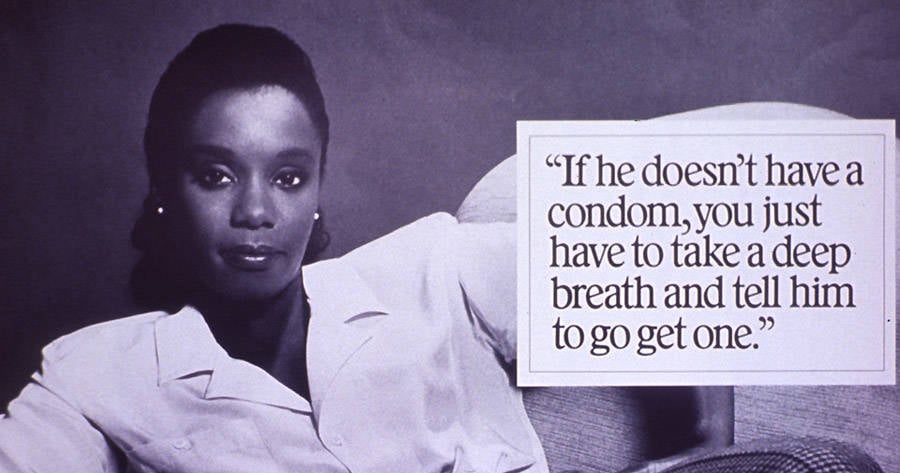 National Library of MedicineA PSA from the 1980s promoting the use of condoms in combating HIV/AIDS.

Latex condoms of the 20th century got a major upgrade when in 1957, Durex created the first condom with lubrication. By 1965, 42 percent of sexually active adults used condoms, and 60 percent of married couples reported that they had used condoms in the bedroom.

While condoms were becoming more popular than ever before, they didn’t truly become mainstream and a billion-dollar industry until the AIDS epidemic of the 1980s. These PSA campaigns helped push the condom to the forefront as being the most effective contraceptive for preventing sexually transmitted disease.

As for the moral establishment of the past that criticized the condom, well, it’s endorsement from Pope Francis as a way of preventing the Zika virus shows just how far the love glove has come.

Enjoy this aricle on the history of condoms? Next, explore some of history’s scariest contraceptive devices. Then, check out the misunderstood history of the chastity belt.