The 10 Most Controversial On-Screen Portrayals Of Adolf Hitler

From actors who did extensive research to those who chose not to portray the Führer accurately at all, these Hitler movies reveal wildly different takes on modern history's greatest villain.

IMDb/2004 Newmarket Films/2015 Amazon Prime VideoLots of actors have tried to get into the mind of Adolf Hitler onscreen — but how did they do it?

Many actors have had the desire to dissect the toxic psyche of the man behind one of the worst atrocities in history. The result is a mixed bag of Hitler movies that depict an unsettling, humorous, or controversial version of the Führer.

The role comes with its difficulties, not the least of which is what happens to a method actor’s personal life when they remain in character off set. Then there’s the question of the actor’s responsibility to the role. Do they make Hitler sympathetic, do they emphasize his villainy, or do they shirk reality altogether and just satirize the Third Reich?

From British-accented portrayals to caricatures, let’s explore the transformations of ten actors into Adolf Hitler.

Charlie Chaplin In The Hitler Movie, The Great Dictator 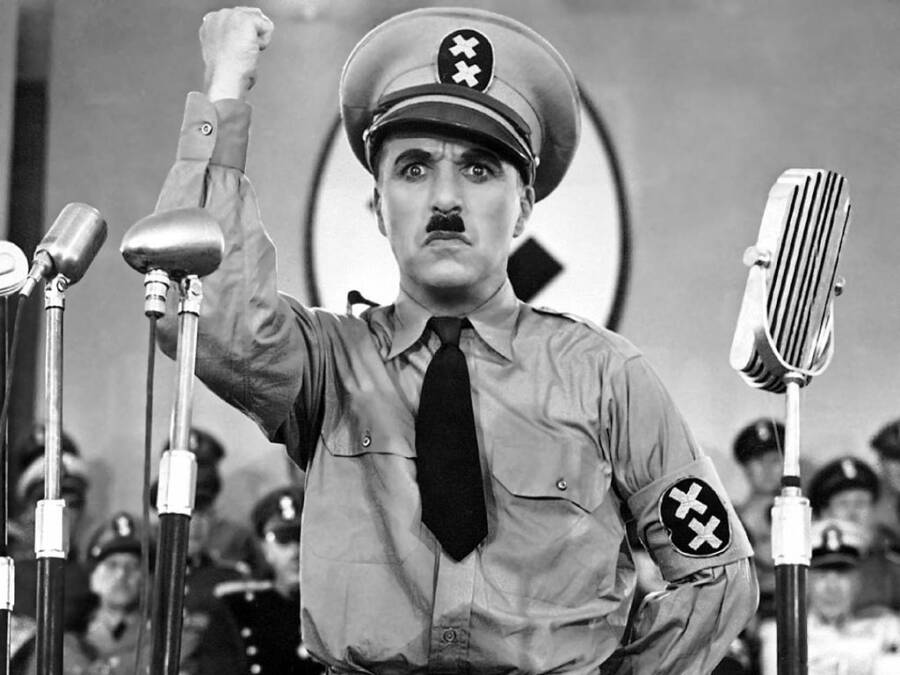 Wikimedia CommonsChaplin’s satirical The Great Dictator came out right after France and Britain had declared war on Germany.

Charlie Chaplin’s first speaking role was quite the undertaking. The comedian doubled as a Jewish barber and a Führer-like dictator in the 1940 satirical The Great Dictator.

The Jewish barber suffers amnesia in war and returns to his home now under the control of a make-believe dictator, who is obviously a parody of Adolf Hitler named Adenoid Hynkel. The barber’s friends jog his memory so that they can rebel against the dictator, who bears an uncanny resemblance to the barber.

Shenanigans ensue when the barber and dictator are mistaken for one another.

The Hitler movie was released at the onset of World War II and was met with resistance from nervous movie executives. However, it received wide commercial and critical success after it premiered in 1940.

According to Chaplin, the film was meant to be a condemnation of fascism, but some deemed it a superfluous take on the grim realities of Nazi war crimes. Chaplin himself agreed.

“However, I was determined to ridicule their mystic bilge about a pure-blooded race.”

The movie was hailed an important work of political satire and was chosen for preservation in the United States National Film Registry.

Anthony Hopkins In The Hitler Movie, The Bunker 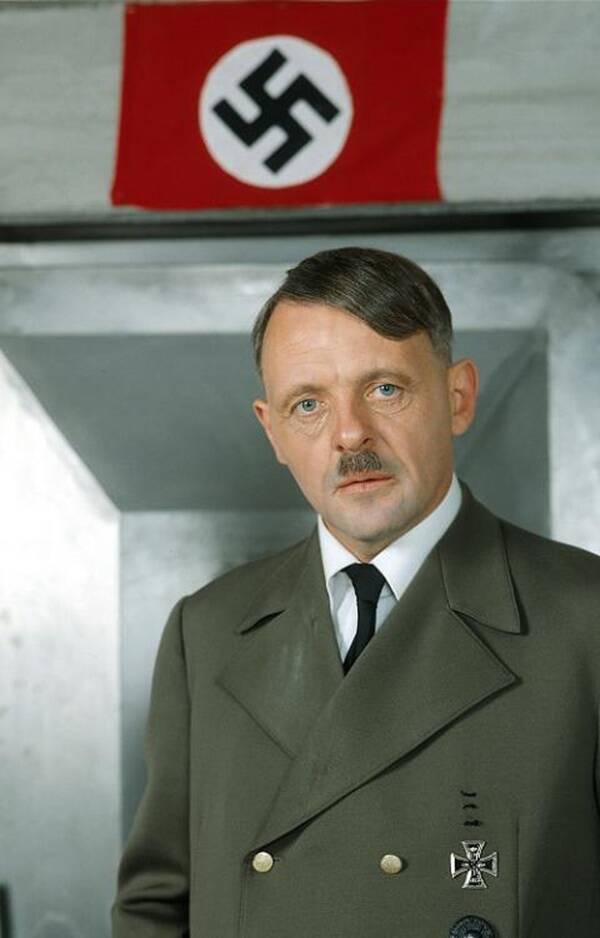 IMDb1981’s The Bunker follows the final days of Adolf Hitler inside his underground bunker after the Nazi defeat.

Long before Anthony Hopkins’ chilling portrayal as cannibalistic killer Hannibal Lecter in The Silence of the Lambs, the veteran actor took up an arguably more daring role as Adolf Hitler in the TV movie The Bunker.

The film, which premiered in 1981 on CBS, follows the final days of Adolf Hitler hiding in a bunker with his new bride Eva Braun before committing suicide at the end of the war in 1945.

Anthony Hopkins starred in the 1981 film The Bunker.

The film was largely lauded as a powerful depiction of the dictator’s final days replete with historical details unknown to many. Hopkins, too, was credited with giving a powerful, albeit “curiously disturbing” performance.

For one thing, rumor has is that Hopkins is a method actor, which means he remains in character throughout the duration of the production. This naturally caused some tension between him and other actors on set.

Nonetheless, as the New York Times wrote of Hopkins’ portrayal:

“Hitler is mad, often contemptible, but always understandable. Part of the problem, perhaps, is that the monster becomes a little too understandable. He is not made sympathetic, exactly, but he is given decidedly pathetic dimensions, making him just that much more ‘acceptable’ as a dramatic and historical character.”

Many actors have defended “humanizing” the man who organized the Holocaust in their portrayals.

As for Hopkins, the actor won an Emmy for his portrayal, even though his version of Hitler had a Welsh accent.