Scientists Measure The Biggest Black Hole In The Local Universe

At 40 billion times the weight of the Sun, this black hole accounts for 2.5 percent of the mass of the entire Milky Way galaxy. 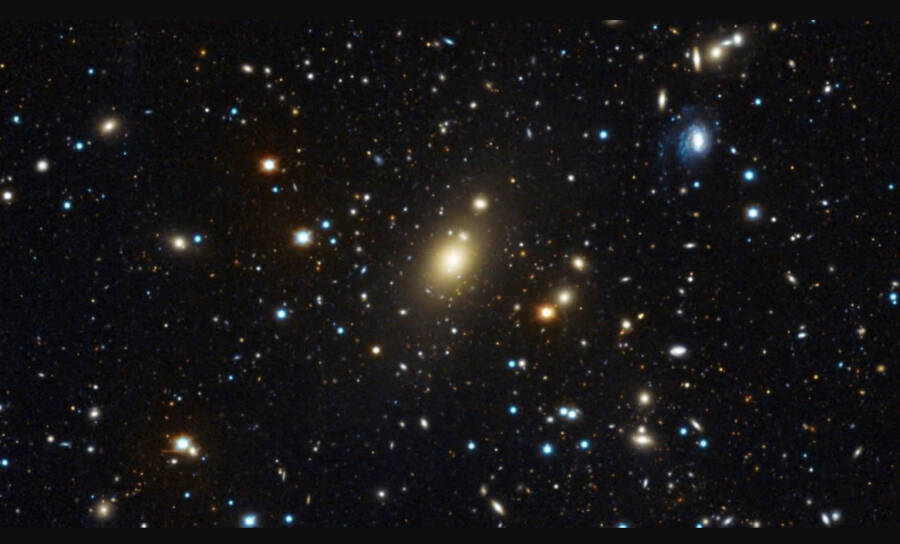 Matthias Kluge/USM/MPEThe Holm 15A galaxy, home of the newly-discovered biggest black hole ever measured in the local universe.

The newly-discovered black hole — located in the Holm 15A galaxy of cluster Abell 85, about 700 million light-years away — is not only the heaviest ever measured, it’s also the most distant. Researchers detailed these findings in a pre-print paper scheduled for publication in The Astrophysics Journal.

Scientists used Chile’s aptly-named Very Large Telescope and Germany’s Wendelstein Observatory to assess the black hole’s gargantuan size, which is around 2.5 percent of the mass of our entire Milky Way galaxy. This assessment is all the more astonishing because it constitutes a direct measurement of a black hole, as opposed to an indirect one.

While scientists have found what is believed to be a heavier black hole inside the TON 618 quasar, this estimate is based on indirect measurement of other variables that are correlated with a black hole’s mass. However, the Holm 15A black hole was measured directly: via assessments of stars and gasses affected by the black hole itself.

“There are only a few dozen direct mass measurements of supermassive black holes, and never before has it been attempted at such distance,” said Jens Thomas of the Max Planck Institute for Extraterrestrial Physics, the new study’s lead author.

“But we already had some idea of the size of the black hole in this particular galaxy, so we tried it.” 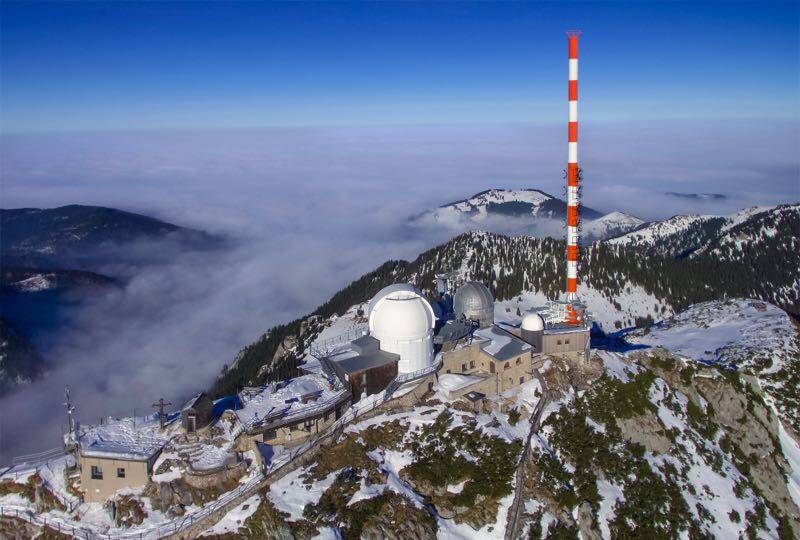 Black holes like this new record-setter are formed when a star collapses in on itself, leaving behind a colossal void. The resulting void’s gravitational pull prevents anything and everything, including light itself, from escaping it.

This absence of lights allows scientists to track down black holes like the one recently found in Holm 15A. When the researchers behind the new paper noted that the center of this galaxy looked unnaturally faint, they suspected a black hole was the cause.

It took an international effort to confirm this suspicion, with scientists using both the Fraunhofer Telescope at the Wendelstein Observatory and the multi-unit spectroscopic explorer (MUSE) instrument in Chile. Sure enough, they found a directly-measured, 40-billion-solar-mass black hole for the first time in history. This makes the Holm 15A black hole twice as big as the last record holder and 10,000 larger than the black hole in the center of our own Milky Way. 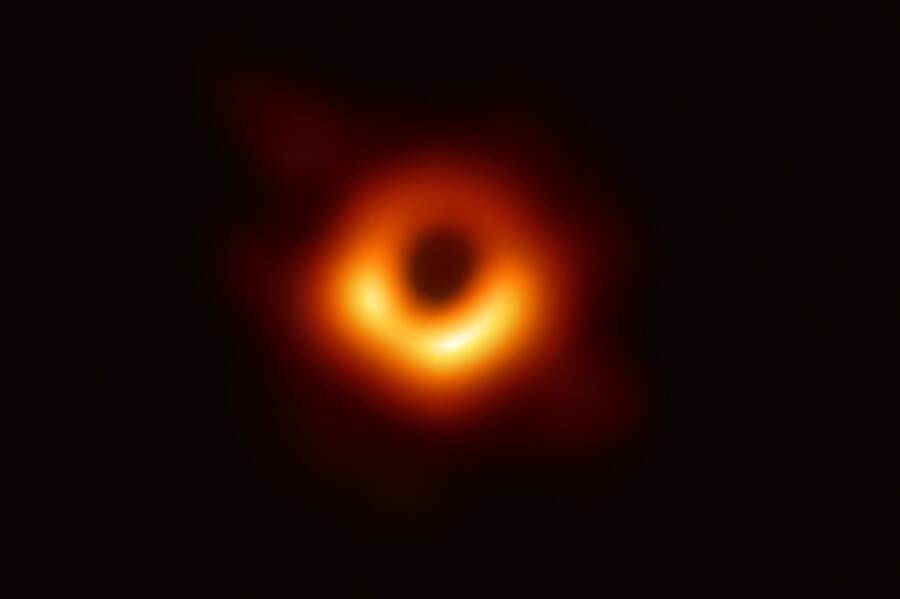 Event Horizon Telescope Collaboration, via National Science FoundationThe first ever-image of a black hole, captured in April, 2019. It was found in Messier 87, a galaxy 55 million light-years away.

How this particular giant formed remains unclear. However, the theory is that two large galaxies and their black holes merged to form one enormous black hole. This would naturally require the existence of two black holes with the combined mass of this behemoth.

While study of both this specific black hole and black holes generally leaves much to be discovered, scientists have recently made some significant leaps forward.

Just this April, astronomers captured the first-ever image of a black hole. That one, captured by NASA’s Goddard Space Flight Center research astrophysicist Jeremy Schnittman, was spotted in Messier 87 — a galaxy 55 million light-years away from Earth. And in September, researchers were finally able to show us what it looks like when a star is ripped apart by a black hole.

But as far as we’ve come, there still remains plenty to uncover about these astonishing celestial phenomena.

After learning about scientists spotting the local universe’s biggest black hole ever measured, learn what happens inside a black hole. Then, discover some of the most astounding facts about space.