The 10 Most Controversial On-Screen Portrayals Of Adolf Hitler

Ian McKellen In Countdown To War 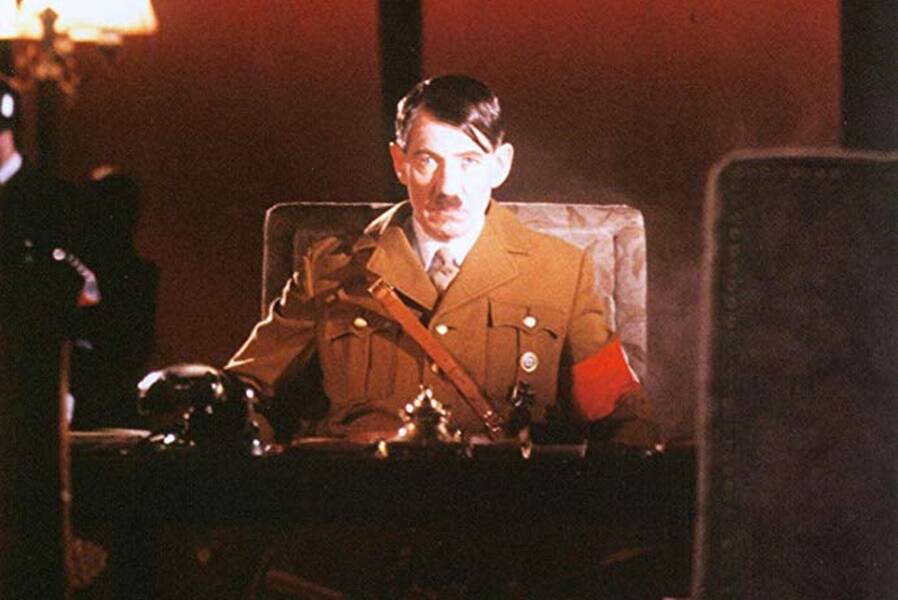 Wikimedia CommonsThe 1989 Hitler movie’s script was based on private letters, diaries, and meeting records between dictators of World War II.

Embodying challenging characters is nothing new to industry veteran Ian McKellen, who has stepped into the shoes of other unsympathetic men like Antonio Salieri (Amadeus), Iago (Othello), and Macbeth. But none of them compare to portraying Adolf Hitler.

McKellen donned the Führer’s distinct mustache in the 1989 film Countdown To War, which painted the days leading up to France and Britain’s declaration of war against Germany. The movie’s script was based on private letters, diaries, and meeting records between different dictators of the time.

Ian McKellen has played many despised figures, but Adolf Hitler may have been the worst.

To get into character, McKellen allegedly did a lot of research. “He loved chocolates,” McKellen told The Independent in 1997. “He had bad teeth and bad breath and indigestion – which I always think is a clue to Hitler, that he was rotting away inside.”

McKellen’s approach to the role was also similar to Anthony Hopkins’ in this way: McKellen tried to add complexity to Hitler’s persona and like Hopkins, McKellen maintained his natural British accent.

“You don’t judge him if you’re playing him. You examine him, dissect him, understand him, and to that extent sympathize with him and then become him,” McKellen said of his role as another hard character, Richard III in an interview. The sentiment clearly related to his approach to playing Hitler, too.

While the film is now decades old, McKellen’s depiction appears to be one of his most memorable — when he’s not donning a white beard and staff, that is. 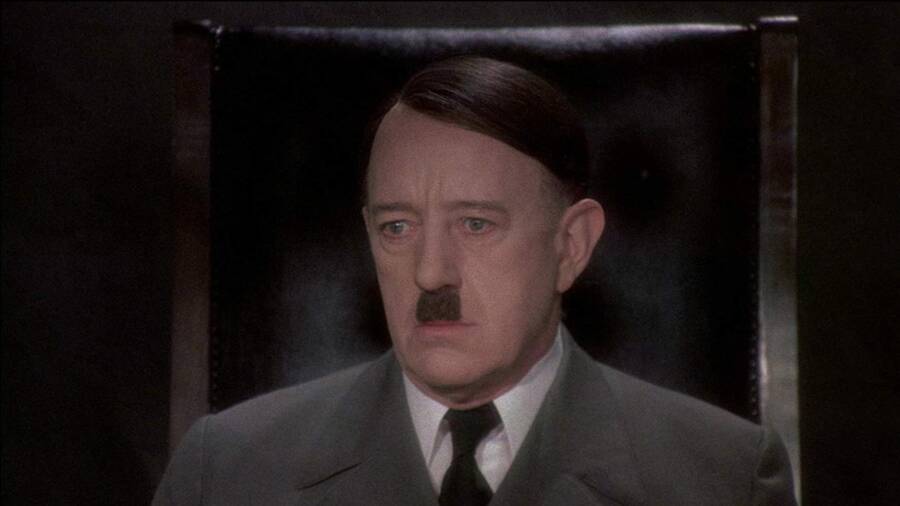 IMDbAlec Guinness was one of the first high-profile actors to don the infamous Hitler mustache.

Alec Guinness of Star Wars was one of the first high-profile actors to play Adolf Hitler on film since Charlie Chaplin’s The Great Dictator. But unlike Chaplin, Guinness’ 1973 performance was anything but comedic.

In Hitler: The Last Ten Days, Guinness plays an aging Hitler after the Nazis’ surrender in World War II.

Guinness’ method acting in the role saw him in character even off set.

The actor immersed himself so deeply in the role that he told the production company to take out insurance against an attempt on his life, perhaps fearing retribution for his on-set behavior.

“It’s for my wife’s sake. The point is, I must present Hitler truthfully, else there is no point in playing him,” Guinness told the New York Times.

Guinness even took his character offset as noted by the reporter who conducted the NYT interview, describing how the actor had taken up the “disquieting atmosphere of the German dictator.”