Why The Body Of “America’s First Serial Killer” — H.H. Holmes — Was Just Exhumed

The rumors state the Holmes somehow escaped his execution and moved to South America or even became Jack the Ripper. 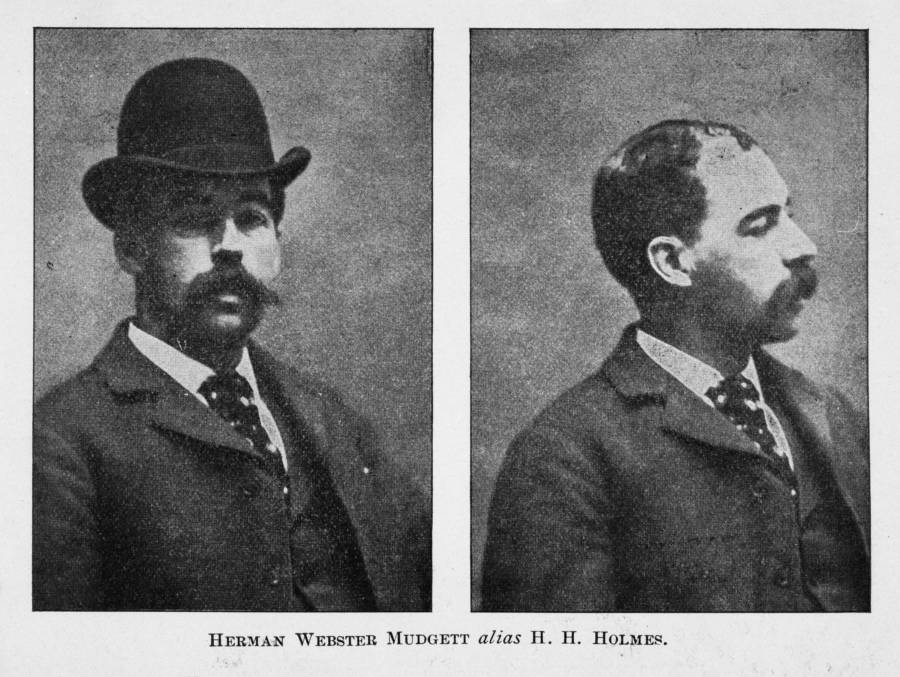 For the past hundred or so years, rumors have surrounded the execution of serial killer Herman Webster Mudgett, better known by his alias H.H. Holmes.

Recently, the History Channel unveiled its new eight-part series “American Ripper,” which will attempt to prove that, despite his recorded arrest and conviction in Pennsylvania in 1896, Holmes escaped his execution and moved to the U.K. to continue his killing spree under a new name — Jack the Ripper.

In order to put this rumor to bed once and for all, Holmes great-great-grandchildren filed a request with the Delaware County Court to exhume their ancestors grave

Dental records and forensic testing proved that the body in the grave was, in fact, H.H. Holmes. 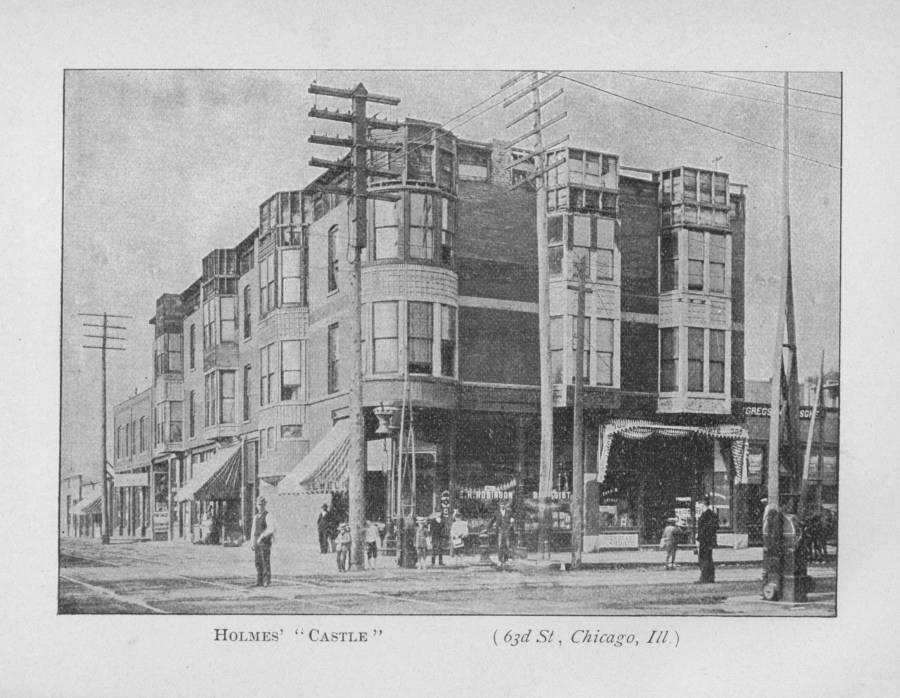 Chicago History Museum View of the World’s Fair Hotel (labelled as ‘Holmes’ ‘Castle’,’ but also known as the ‘Murder Castle,’ after it’s actual purpose became known) (on W. 63rd Street), Chicago, Illinois, mid 1890s. The structure was designed by serial murderer Herman Webster Mudgett (better known by his alias H.H. Holmes), a pharmacist who built the structure to lure his, mostly female, victims from the World’s Columbian Exposition, then occurring in Chicago. The interior was a mazelike, with rooms for torturing his captive victims, as well as both a lime pit and furnaces in the basement, which were used to dispose of the bodies. (Photo by Chicago History Museum/Getty Images)

Widely renowned as “America’s First Serial Killer,” Holmes built a “House of Horrors” in Chicago apartment building, where he murdered and dismembered over 27 victims between 1886 and 1894. It wasn’t until he murdered his business partner that police uncovered the rest of his crimes and finally arrested him.

Holmes was held at the Moyamensing Prison in Philadelphia to await his execution. It was there, rumors say, that he began to plan his escape.

A newspaper article published by the Chicago Daily Inter-Ocean claimed that another man was executed under Holmes name, and that Holmes escaped — alive — in his own casket.

“Within two hours of the hanging an undertaker’s wagon containing a casket drove out of the prison yard,” the article stated. “That casket was supposed to contain the body of Holmes. Instead, it contained Holmes living.”

Holmes reputation as sly and cunning contributed to the rumors surrounding his death, as did the overly specific way he had planned his own burial.

Holmes had requested before his death that his casket be a “double-deep” pine coffin, filled with cement, buried 10 feet below the ground and covered with seven more 3,000 pound barrels of cement, an extra measure he said was to “ensure his body against the vandalism or scientific curiosity of ghouls.”

Many believed it was an elaborate distraction from his escape.

However, despite the rumors, “firsthand knowledge” and theories about his death, the truth is finally out. H.H. Holmes has been buried safely beneath the ground and an excess of concrete for over a hundred years.

Whether that’s comforting or not depends, of course, on your theories as to who Jack the Ripper is.

Next, read about Hungary’s “vampire” serial killer. Then, check out 21 things serial killers have actually said that will give you chills. Finally, discover the horrors of the American locations where the most murdered bodies have been disposed of.