Horace Greasley: How To Escape A POW Camp Over 200 Times

A couple of months into Greasley and Rauchbach’s steamy affair, he was transferred to Freiwaldau, which was an annex to the infamous Auschwitz. Being in a remote location, 40 miles from his previous camp, Freiwaldau’s guards were especially lax. They assumed that any escapee was signing his own death warrant from starvation or exhaustion if he attempted to reach the nearest safe country, Sweden, which was 420 miles away.

Greasley spent two weeks watching their movements and learned exactly when to time his escape. A couple of comrades helped by pushing him out of the window, and he bolted through the fence and into the woods. Rauchbach had traced him, and they would meet in a chapel two or three times a week. “We’d be up there until two or three in the morning, making love,” Greasley said in an interview a couple of years before his death. 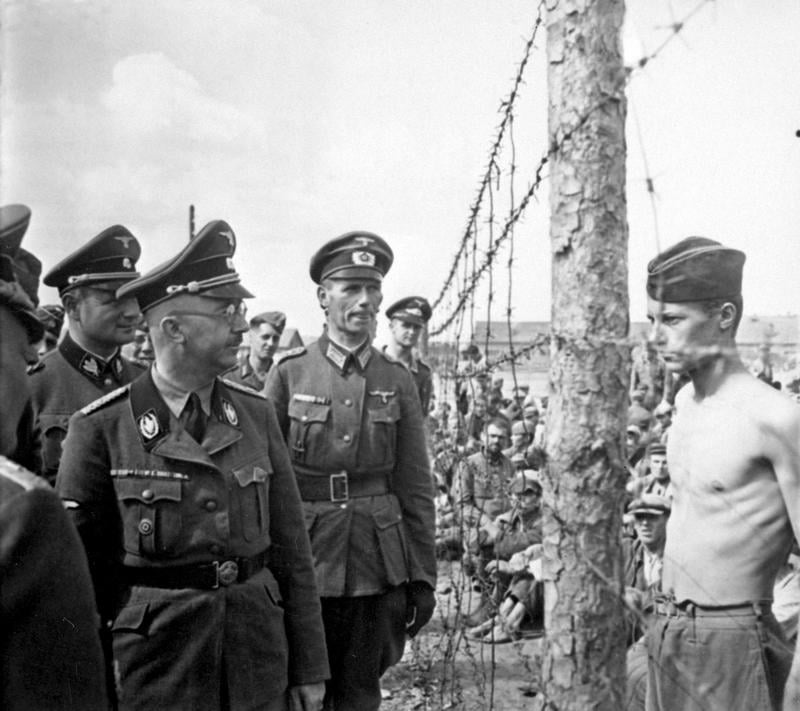 Heinrich Himmler is on the left, wearing glasses; Greasley claimed that he was the PoW on the right Source: WordPress

Greasley isn’t just known as the Houdini of PoWs. He also claimed that this was a picture of him standing up to Heinrich Himmler. He took his shirt off to show his ribs in an effort to prove that he and his comrades weren’t being fed well enough, he said. Guy Walters, an author, historian, and WWII expert, doesn’t believe it for a minute. He points to the National Archives, having determined that this photo was taken in Minsk, hundreds of miles from Greasley’s camp. What’s more, Walters adds, the PoW in the photo was a Russian soldier. “I would stand up in a court of law and say the proof is absolutely overwhelming,” Walters said. “He certainly didn’t meet Himmler.” 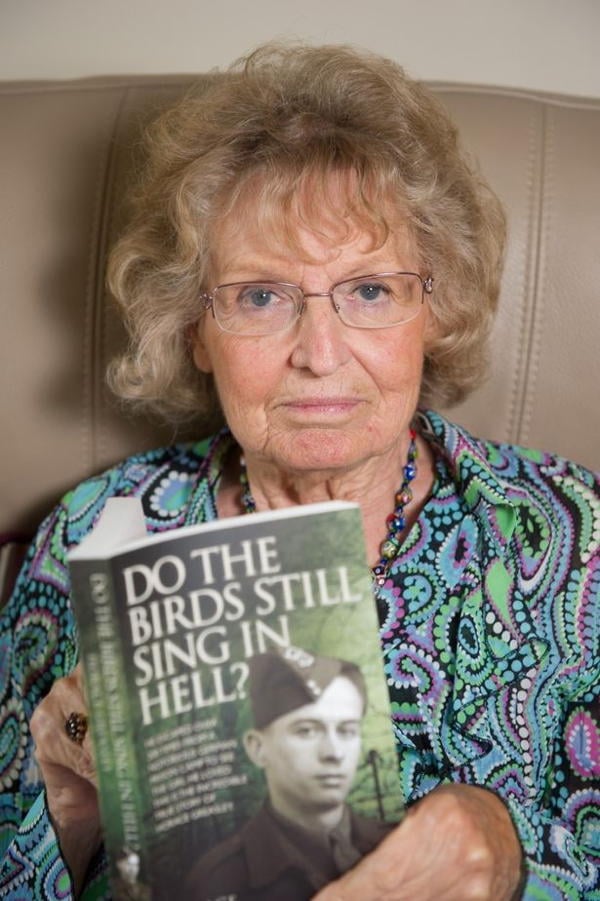 Greasley’s wife, Brenda–they met in 1970 and married in 1975–is outraged at Walters’ comments. She wrote a fiery letter to the Daily Mail after the paper printed a Walters article about Greasley and other memoirists of WWII. “As Horace Greasley’s widow, I find his inclusion among “Holocaust fantasists” (Mail) objectionable. He’s being labelled a liar and a memory-failed old man. In fact, he had an excellent memory and his mind was as keen as a knife.” She adds that she wants to “meet this supposed historian Guy Walters face to face and we’ll see who’s telling the truth.” 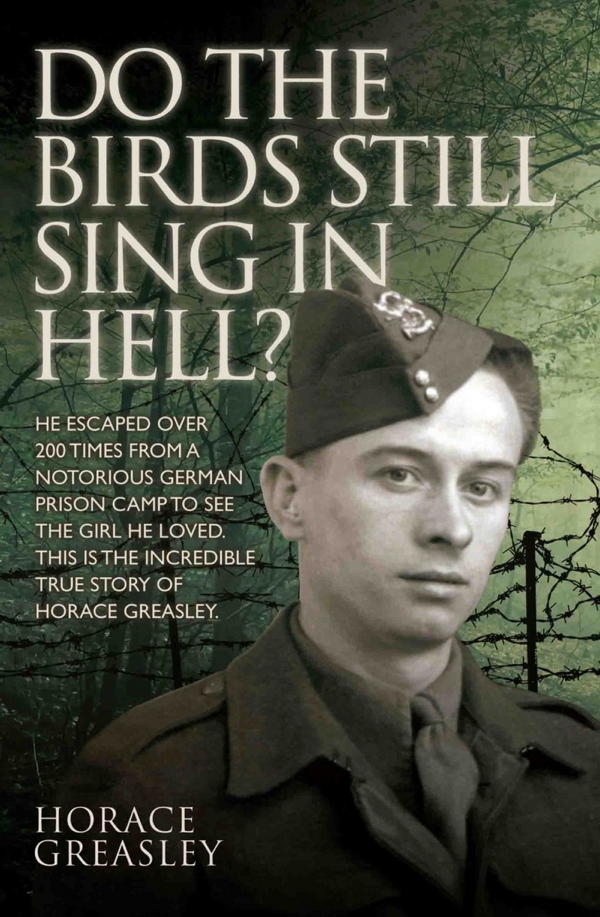 Greasley’s war experiences are apparently going to be made into a film. Names rumored to be attached to the project include director Ron Howard and actors Robert Pattinson and Alex Pettyfer, who are being considered to play Greasley, but no final decisions have been announced. 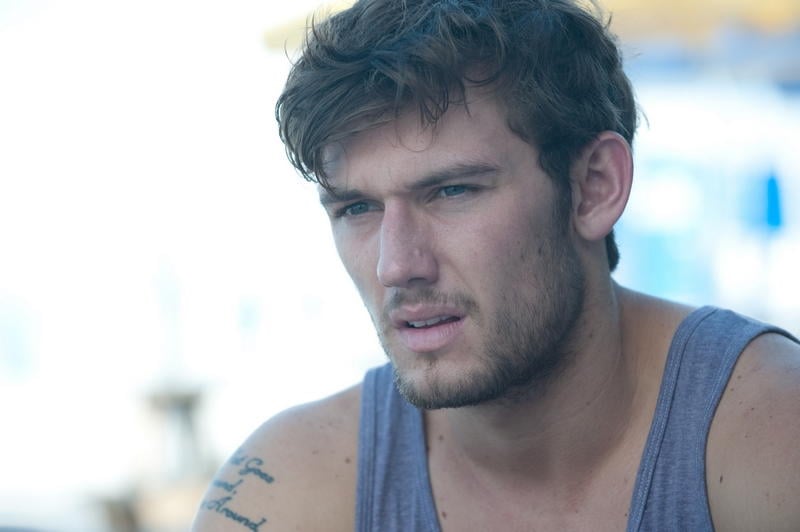 The most recent article on the subject claims that Stratton Leopold, executive producer of movies like Mission Impossible III and The Sum of All Fears, is working on the film with Silverline Productions. Ken Scott, the ghostwriter of Greasley’s book, says, “I can say it will be a mix of German and British actors and they are A-listers.” At present, locations for filming are said to include Poland, Pinewood Studios in the UK, and Los Angeles. 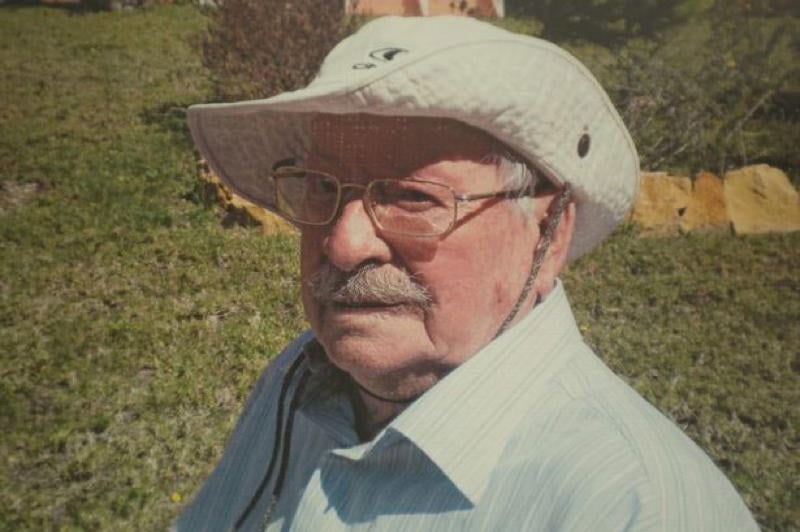 Greasley in his late 80s Source: The Birmingham Mail

After his PoW camp was liberated and he returned to England, Greasley and Rauchbach exchanged several letters until one day, hers stopped coming. Then he received a letter from a friend of Rauchbach’s, informing him that Rosa died in childbirth along with the baby. He never learned if the child was his.