Horseshoe crab blood has helped humans fight disease since the 1970s, but if we keep over-harvesting it, there may be none of these crabs left to save us. 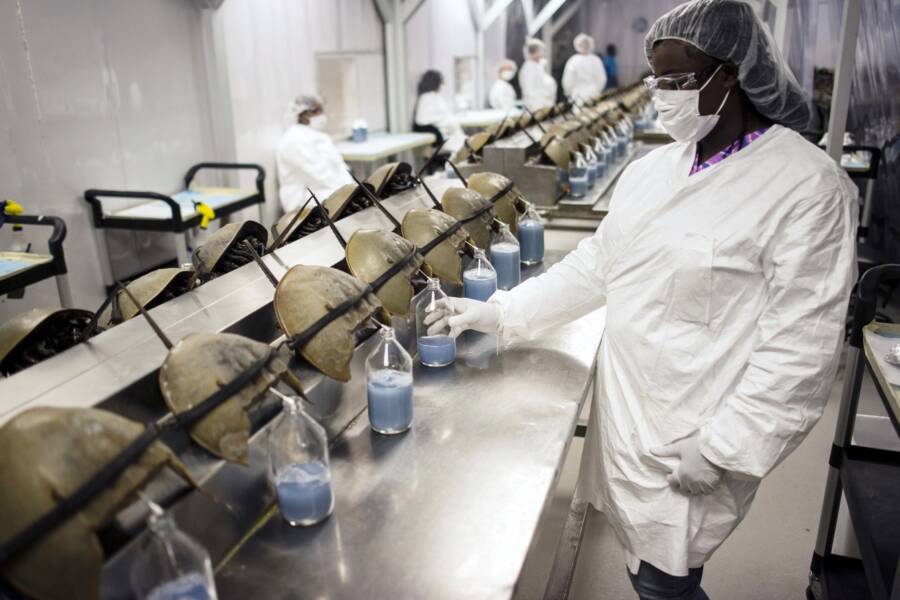 What’s blue, opaque, and extremely precious? It’s the blood of the horseshoe crab, a water arthropod found on the eastern shores of North America and Asia. Horseshoe crab blood is an essential element in testing the safety of new drugs and vaccines.

The price of horseshoe crab blood is also unbelievably high, at $15,000 per quart, making it an expensive resource.

But the over-harvesting of horseshoe crabs has made the species increasingly vulnerable to extinction, which could spell danger for humankind. 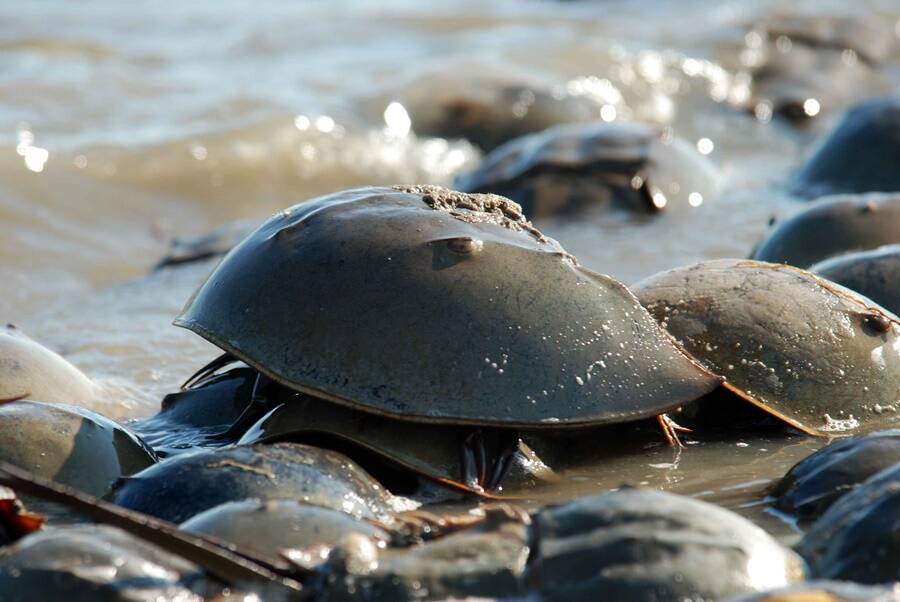 Wikimedia CommonsHorseshoe crabs are often found on the eastern coasts of North America and Asia.

Both the high price of horseshoe crab blood and its many uses has largely to do with how unique this animal is. Horseshoe crabs are often described as “living fossils” because their species has survived on Earth in some form for 450 million years. They even look like fossils: Their bodies are covered by hard carapaces and their features are not distinctly developed like most modern animals.

Despite their names, horseshoe crabs are not crustaceans. They are arthropods and much more closely related to scorpions than crabs.

So how did horseshoe crab blood become such a precious commodity? It all began with the research of Frederik Bang, a pathologist who was keen to understand how the ancient sea animal’s immune system worked.

Bang did a series of experiments to test horseshoe crab blood and its properties. He injected bacteria from seawater directly into a horseshoe crab to see how its blood would react to the infected injection. What Bang found would ultimately become one of the most important elements of modern medicine safety testing.

Bang found that after the horseshoe crab blood was injected with bacteria-infected seawater, it clumped into “stringy masses.” The same reaction happened when he injected the horseshoe crab with a bacterial injection that had been boiled for five to 10 minutes prior to insertion. 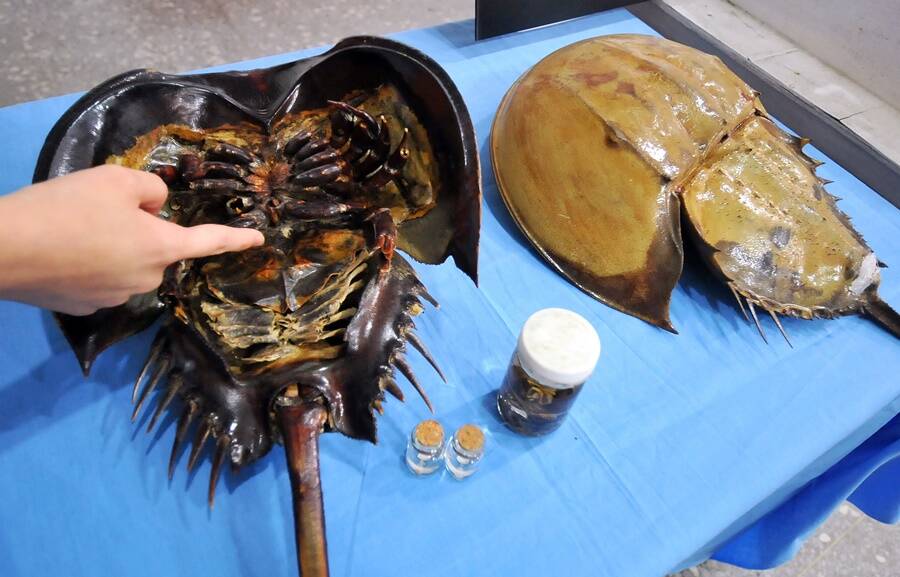 Mandy Cheng/AFP via Getty ImagesA researcher points at the underbelly of a horseshoe crab, where blood is drawn for use in laboratory tests.

Bang suspected that this blood clotting was a natural defense mechanism to protect the rest of the horseshoe crab’s body from an invading pathogen. He published a study in a 1956 paper titled “A Bacterial Disease Of Limulus Polyphemus.” He ultimately identified the molecule responsible for this highly-effective immune system as limulus amebocyte lysate (LAL).

Before LAL was identified in horseshoe crab blood, the only way to test the toxicity of new vaccines was to inject lab rabbits and monitor their symptoms. With the discovery of LAL, however, medical scientists were able to simply put a drop of it into an experimental drug and immediately know whether it would be toxic to humans.

After his discovery, Bang worked together with another pathologist named Jack Levin to develop a standardized method to extract LAL from horseshoe crab blood over the course of the next decade and a half.

A Multimillion-Dollar Industry Is Born 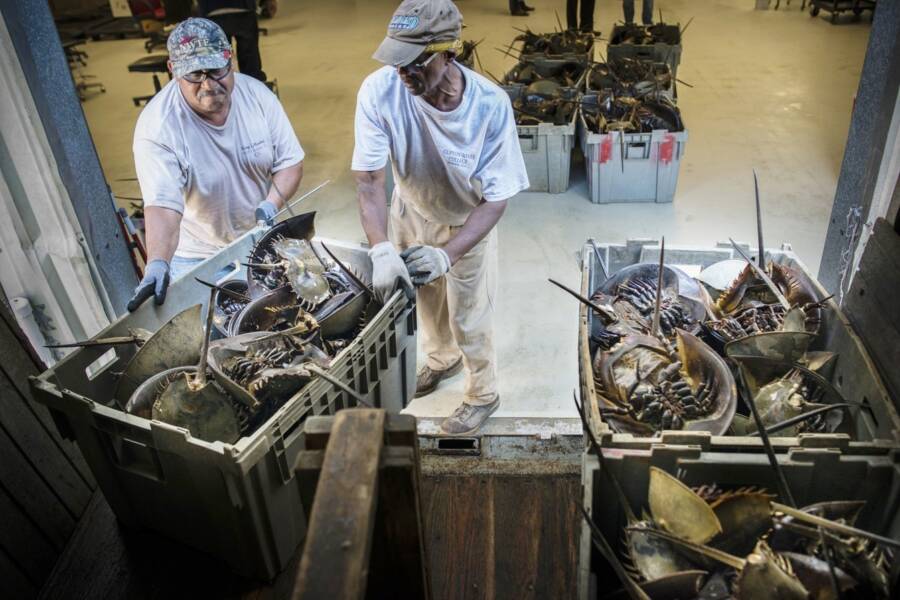 Timothy Fadek/Getty ImagesMore than 400,000 horseshoe crabs are bled for their precious resource every year.

By the late 1970s, the U.S. Food and Drug Administration began allowing pharmaceutical companies to replace their testing rabbits with LAL kits.

The LAL quickly gained popularity as the go-to method for testing toxins in new medicine. Not only was it considered a more humane way to test the safety of new drugs, but it was also a very convenient method to use.

Scientists simply had to add LAL to the tested medicine and wait a few moments to see if it turned solid. Soon, harvesting this blood became a major part of the pharmaceutical industry.

But extracting LAL still required the use of animals — in this case harvesting blood from the not-so-cuddly horseshoe crab.

Every year, fishermen catch hundreds of thousands of horseshoe crabs to ship to their clients like Switzerland-based chemicals company Lonza, which sells LAL.

Once the animals are delivered to manufacturing corporations, they are cleaned of barnacles and hooked up in a long assembly line. Needles are then stuck inside the horseshoe crabs to draw blood. 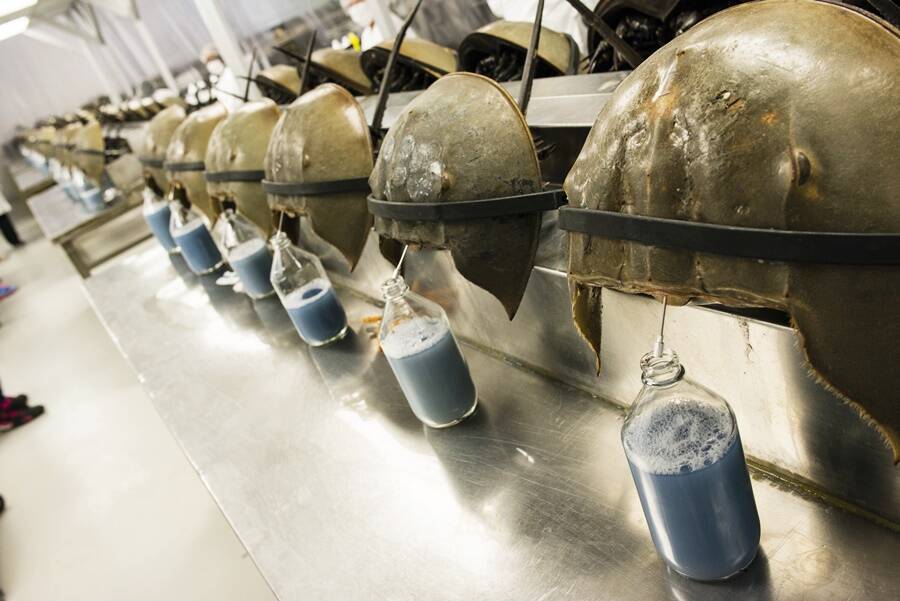 It is estimated that 70 million endotoxin tests are performed annually, making the harvesting of horseshoe crab blood a multimillion-dollar industry.

Of course, all this came with another less visible price: the decline of the horseshoe crab population. About 400,000 horseshoe crabs are bled every year for pharmaceutical drug testing. Initially, it was thought that blood harvesting had no significant impact on the horseshoe crab’s well-being.

But research in recent years has suggested otherwise. 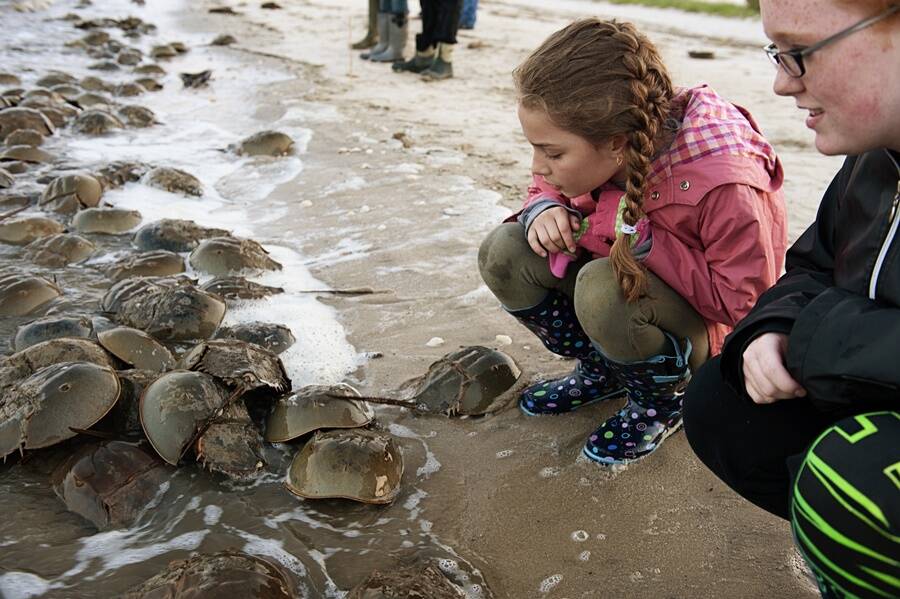 Marvin Joseph/The Washington Post via Getty ImagesEach spring, thousands of horseshoe crabs descend on the Delaware Bay shoreline to spawn. The horseshoe crabs are vital to the coastal ecosystem as well as beneficial to keeping humans healthy.

The ongoing decline of the horseshoe crab population has partially been attributed to overfishing during the late 19th century and early 20th century for fertilizer and livestock feed. After horseshoe crab fishing ceased during the 1960s, commercial harvest of the sea creature picked up again in the mid-1990s to use as bait for American eel and whelk pot fisheries.

However, the use of horseshoe crab blood in the pharmaceutical industry has also played a role in the decline. During blood harvesting, 30 percent of the crab’s blood is drawn.

Although the animals are released back into the wild afterward, up to 30 percent of them don’t even make it through the blood-draining.

“Anywhere from 10 percent to 25 percent of the animals will die within the first couple days after bleeding,” said Win Watson, a professor of zoology at the University of New Hampshire who has been studying the blood harvesting impact on horseshoe crabs.

Despite the creation of a synthetic substitute, horseshoe crab blood continues to be harvested.

Furthermore, Watson and his team found that horseshoe crabs become disoriented and weak for a period of time after they have been bled. This could have severe consequences for female horseshoe crabs who may then have trouble spawning.

If this practice is allowed to go on at this rate, experts estimate that the horseshoe population in the U.S. could likely see a 30 percent decline in the next 40 years. The decline of the animal’s population would likely lead to a shortage of horseshoe crab blood for endotoxin testing, which could spell catastrophe for humans as well.

The good news is that scientists have been working hard to create a synthetic substitute for horseshoe crab blood for drug testing. Biologist Jeak Ling Ding was among the first to successfully reproduce the gene that makes factor C, the specific portion of LAL that detects bacterial toxins.

But despite her successful creation of a synthetic substitute, change has been slow. There is still resistance from endotoxin test manufacturers to switch from horseshoe crab blood to the factor C synthetic due to safety concerns and business considerations.

“We were just so keen as researchers, so happy it is working,” Ding said. “And we thought the recombinant factor C will be adopted around the world, and the horseshoe crab would be saved.” 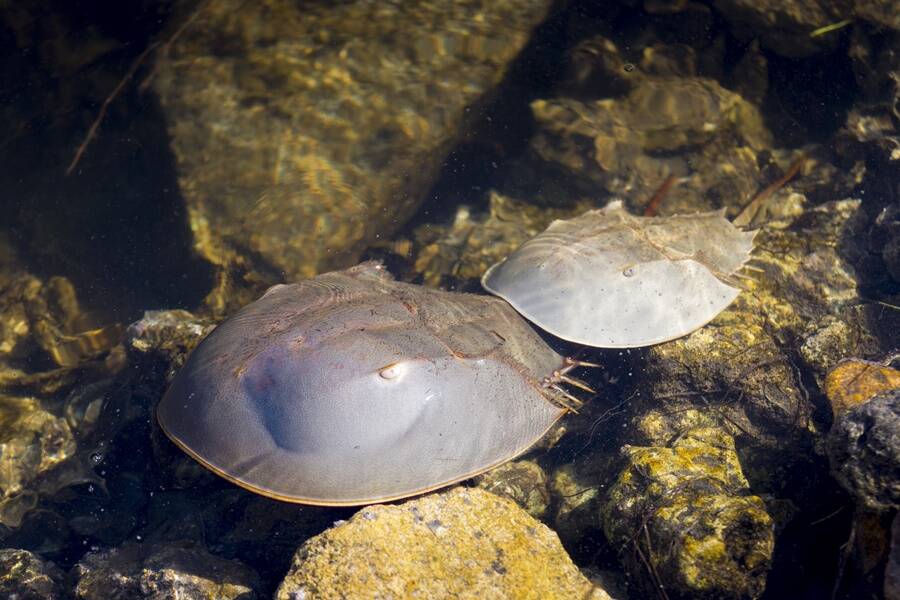 Horseshoe crab breeding grounds like Cape May Peninsula, where the animals congregate every spring to spawn, are also protected since the crabs’ endangerment could threaten the survival of other species like the migratory red knot, which feeds on the horseshoe crab’s eggs.

In the meantime, efforts to shift drug testing from using horseshoe crab blood to synthetics in America continues ever onward. Hopefully, when the U.S. market finally adopts a synthetic substitute as its gold standard, it won’t be too late for the horseshoe crabs.

Now that you’ve learned about the high price of horseshoe crab blood and its many uses, check out the sluggish life of an olm, a blind salamander that can remain motionless for years. Next, read about the blue-ringed octopus, one of the world’s deadliest — and cutest — living creatures.