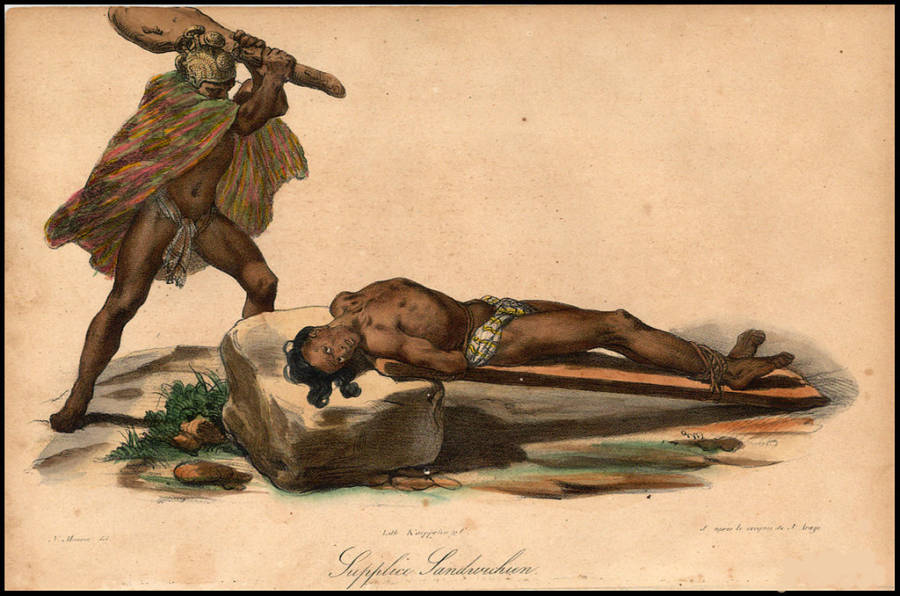 Many people associate human sacrifice in Hawaii with the old visage of a virgin being thrown into a volcano. But this has more to do with Hollywood than history.

Sacrifices were actually held in sacred temples, called Heiau, set aside for these rituals. The people sacrificed during these rituals were usually captives from warring tribes, with a special significance put on the death of rival chiefs. The main god they set out to appease through human sacrifice was Ku, god of war and defense, without whose blessings they would not be able to secure any victories in battle.

Those who were sacrificed were most often bled to death or bludgeoned in the head. The victims would be hung upside down on wooden racks inside the temples. A priest would anoint himself with the sweat collected from his sacrifice before beating them until the flesh became smooth.

At this time, they would be disemboweled. The remaining flesh would either be cooked or eaten raw by both the priest and chief of the tribe. The temples where these ceremonies took place still stand today all over Hawaii, with locals urging visitors to show respect for their importance in traditional Hawaiian culture.

After this look at human sacrifice, read up on new reports showing that the legends of Aztec towers of human skulls are, in fact, real. Then, step inside the recently unearthed Aztec temple containing the skeletons of 32 children, all with severed necks.